Celebrities are struggling with boredom like the rest of us right now. One upside, though, is all the self-isolation is providing a ton of entertaining IG concert jams, random celeb posts, and, in Sophie Turner’s case, a full-on fan Q&A sesh. Thanks to her boredom from practicing social distancing, Sophie Turner’s favorite Jonas Brothers song has been revealed, and it’s a total throwback jam.

On Thursday, March 19, Turner held a Q&A session on her Instagram Stories. There was plenty that her fans wanted to know, and Turner divulged a lot. The best little gem was her answer to the question, "What’s your favorite JoBros song?" The Game of Thrones alum replied with two different songs.

The first one she mentioned is a classic JoBros tune from 2009: “Fly With Me,” from their album Lines, Vines and Trying Times. You know, that old pop tune that mentions Peter Pan and Wendy? Apparently, Turner is a hopeless romantic.

Her second favorite song from the famous trio is the song "Hesitate," from their newest album, 2019’s Happiness Begins. Another ultra-romantic track, "Hesitate" contains lyrics such as "I will take your pain / And put it on my heart / I won’t hesitate / Just tell me where to start."

It makes perfect sense that Turner would love songs from two different JoBro’s eras, although it’s slightly ironic, since Turner has admitted she was not a fan of her husband’s music before she met Joe. In an interview with Elle, she revealed that she blamed the Jonas Brothers for the British band Busted breaking up, since the JoBros covered Busted’s "Year 3000."

The star was asked what her favorite movie is and which directors she dreams of working with, to which she replied with the 1993 flick True Romance and famous directors Martin Scorsese, Wes Anderson, and Taika Waititi respectively.

Aside from her professional goals, Turner called Joe Jonas her favorite piece of visual art, which many JoBros fans will find #relatable. However, Turner also appreciates culture, and listed off her favorite book and podcast, too. "Best book ever?" a fan asked. Turner replied, "Anything @jonronson is the best. I cannot Stan enough." Meanwhile, she’s currently listening to To Live and Die in LA, a podcast hosted by Neil Strauss.

Questions about Turner’s homeland came up, and it seems that the actor misses a lot about her home country. "The chocolate. The people. The humor. The fam and my gal$$$$," is what Turner revealed she misses the most about the United Kingdom. Apparently, she also really likes Fruity Pebbles: 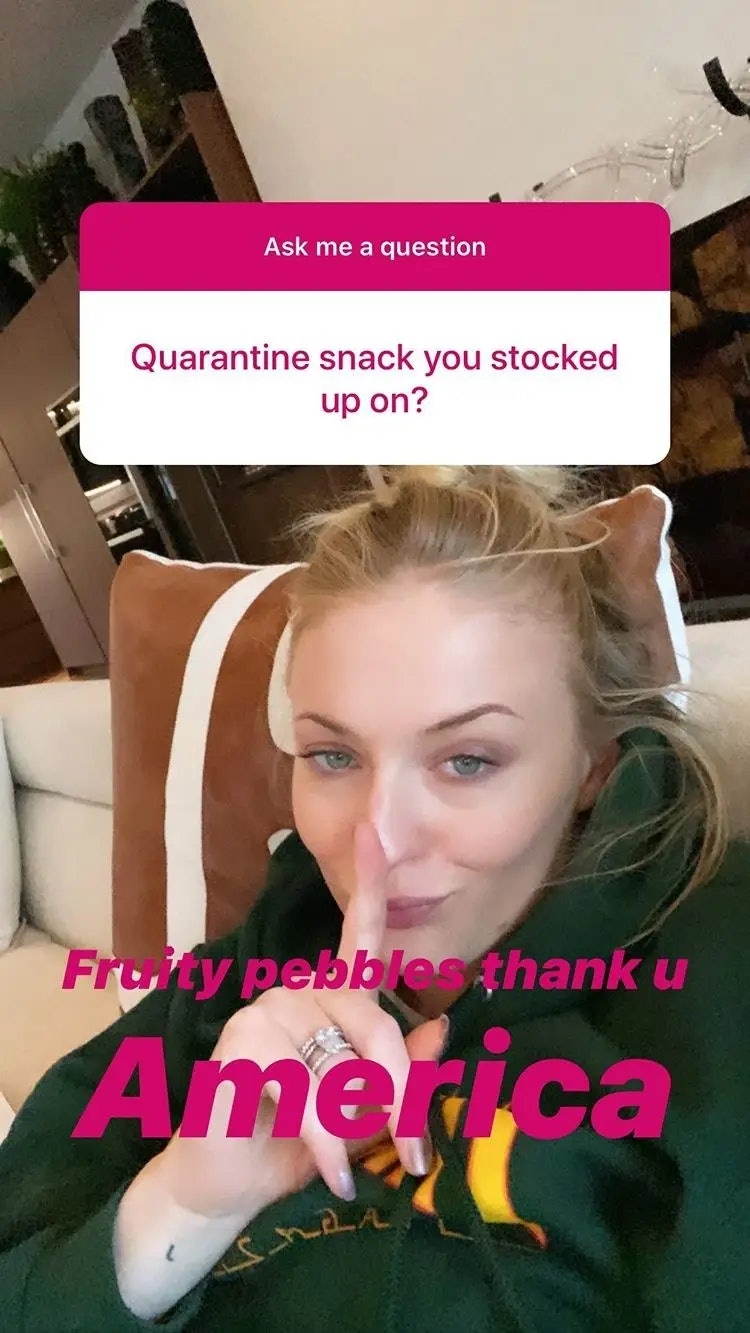 My personal favorite part of the session was Turner’s responses to fans who asked her for help. One fan asked her if she could tell their flatmate to lower the volume on the TV, while another asked for a pep talk for her husband. 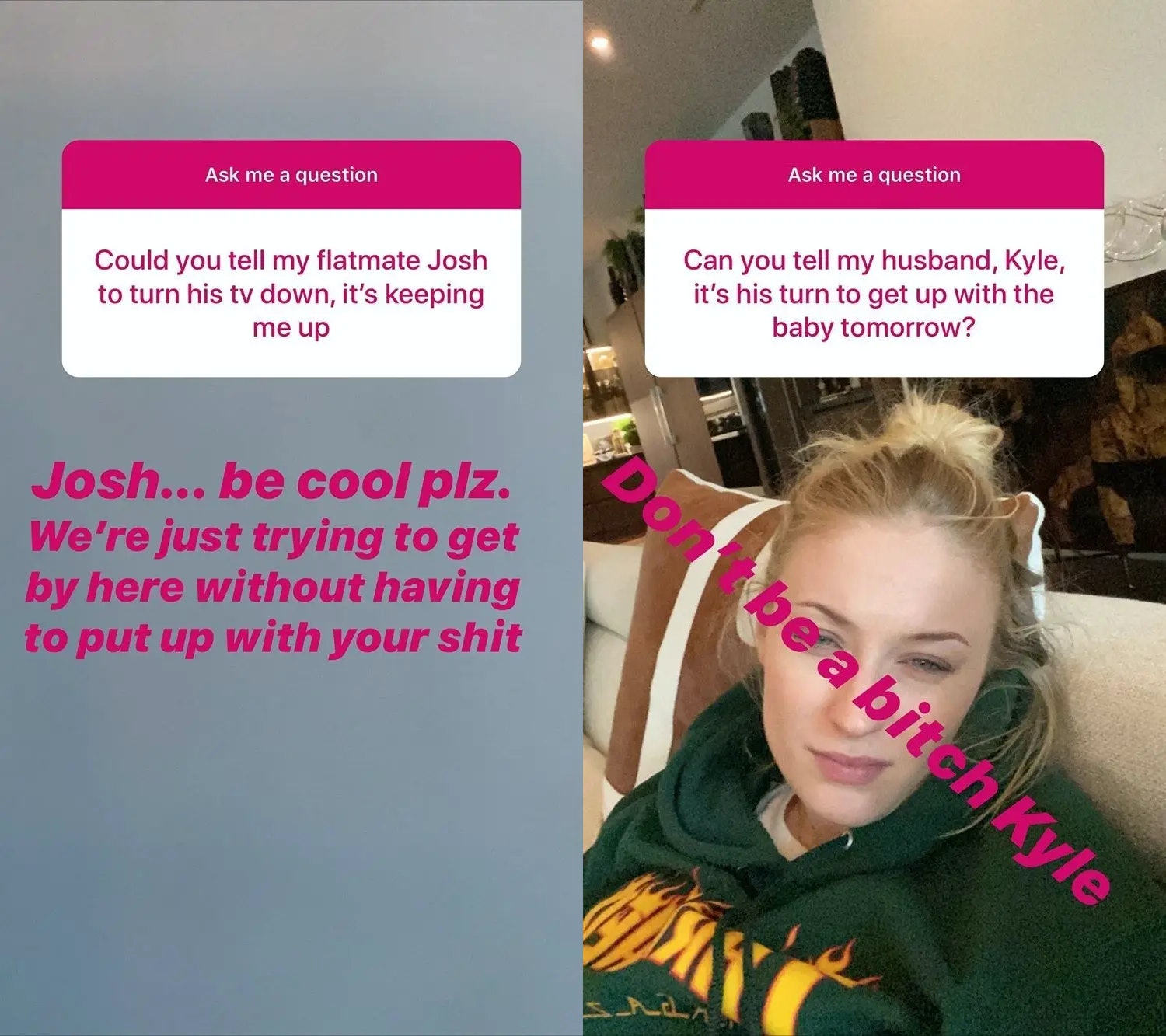 Turner is currently social distancing with Jonas, and ICYMI, Jophie decided to build a massive Harry Potter lego castle to pass some time. Turner clearly has impeccable taste and a love for sappy JoBros tunes.