Kevin Clifton, 36, and his sister Joanne Clifton, 35, joined This Morning presenters Eamonn Holmes, 59, and Ruth Langsford, 59, on the sofa today.

The pair announced they are going on tour together for the first time, after dancing alongside each other for many years.

At the end of their chat, Kevin was taken aback after Ruth asked him if he and Stacey Dooley, 32, were “all good”.

Appearing embarrassed, he semingly awkwardly replied saying the pair are “good”, before Joanne shut down any further chat.

Are you and Stacey all good?

One Twitter user wrote: “You knew that was coming… awkward!!!! #ThisMorning.”

“Oooft Ruth asking that about him and Stacey awks #ThisMorning,”(sic) a second added.

Stacey and Kevin are believed to be dating after winning Strictly Come Dancing together last year.

Throughout the competition, she was in a relationship with her now ex-boyfriend Sam Tucknott, 30. 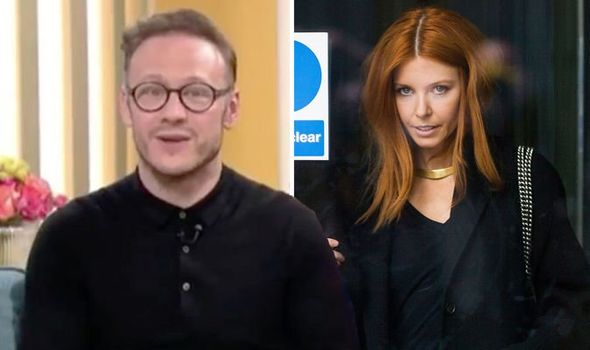 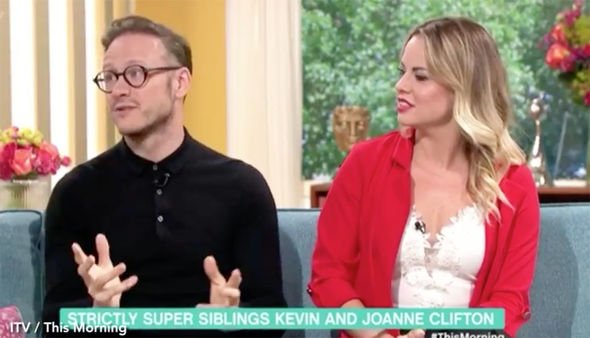 He also went on to claim Kevin and Stacey are in a relationship.

However they are yet to confirm or deny they are romantically involved, but have been pictured out looking cosy together several times.

Back in May, The Sun claimed the presenter had moved in with Kevin after leaving the flat she had shared with Sam.

Stacey later gave her Instagram fans an insight into a brand new pad earlier this month. 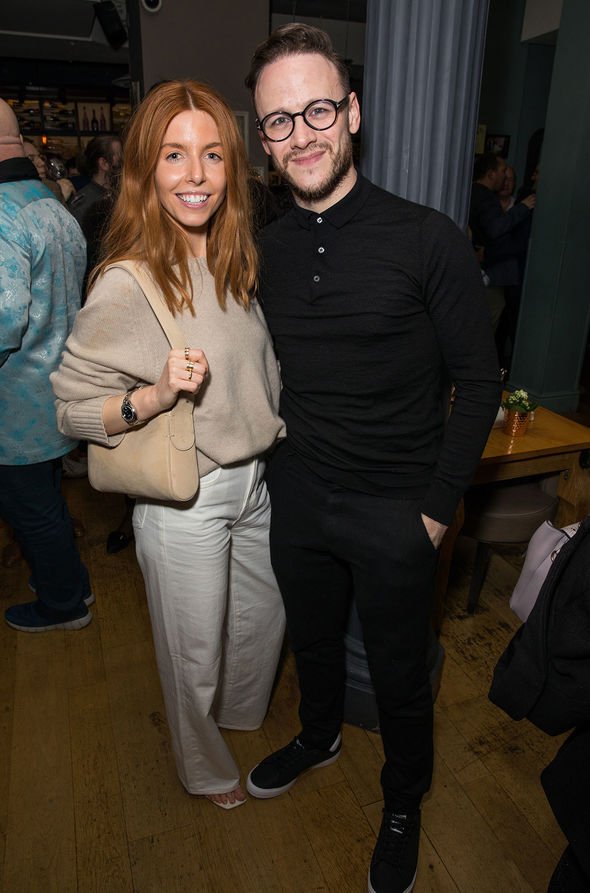 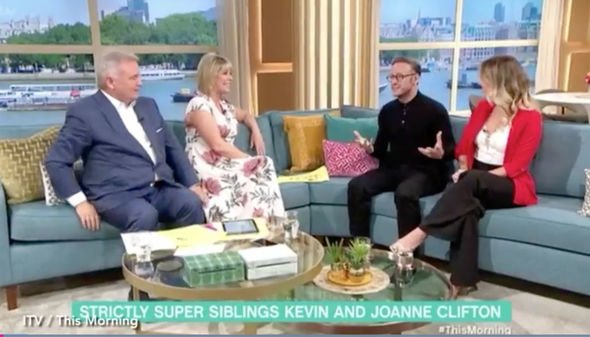 Elsewhere this month, reports claimed Kevin and Stacey are “slowing things down” after a whirlwind romance.

The insider said: “She lived at his place and they were totally wrapped up in one another.

“They talked about getting a place together and it was really intense.

“But now the honeymoon period has ended and they’re both working very hard again, she thought it best to slow things down and get a place of her own,” the source added.

“Kevin understood and agreed it was probably best for them to have their own space.”

This Morning airs weekdays from 10.30am on ITV.