Stacey Solomon, 30, has hit back and insisted she “doesn’t mind” what her critics think about her craft projects at home. The Loose Women star, who shares her house with her boyfriend Joe Swash, 38, their one-year-old baby Rex, and her two sons from previous relationships, revealed she has been branded “sad and lonely” by some trolls on social media due to her love of decorating and organising.

Stacey got onto the subject while creating a pretty autumnal wreath to hang outside their family home.

While sharing a video of the process in view of her 3.7 million Instagram followers, the mum-of-three wrote: “I know some people say I am sad and lonely with too much time on my hands.

“But I honestly don’t mind what they think… This is my happy place.

“Got this stick wreath from Hobby Craft for £5 I tried to make my own last year and I failed miserably my sticks wouldn’t bend.” 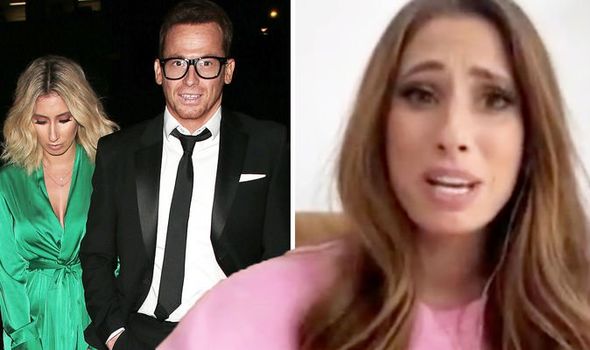 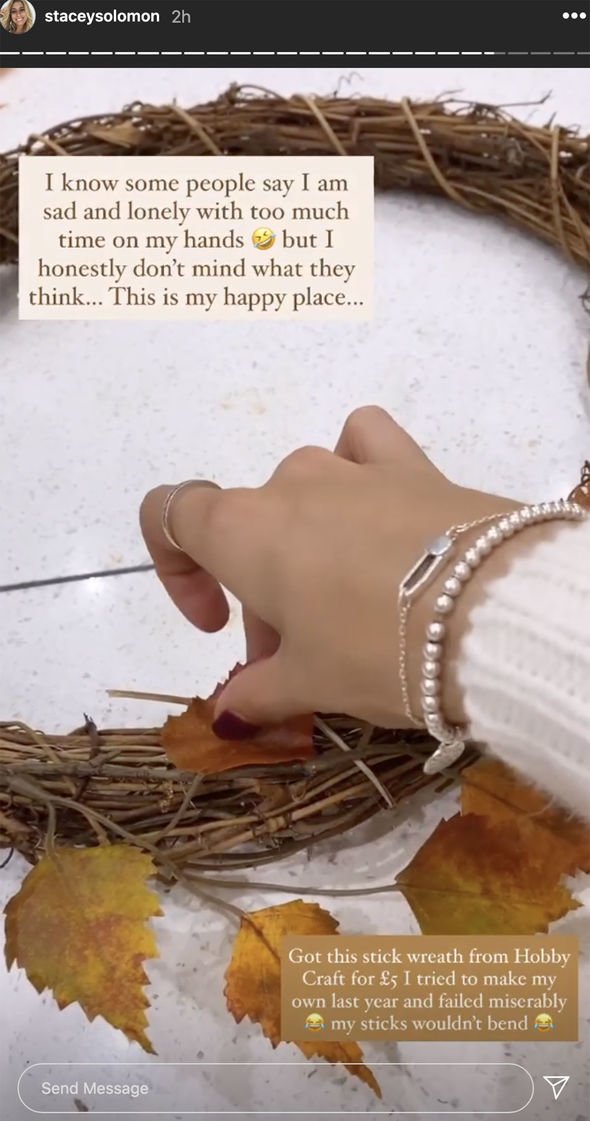 After adding a floral arrangement and a selection of pine cones to the decorative piece, Stacey encouraged her fans not to listen when they are made to feel like they are “not normal”.

Alongside a snap of the pretty wreath hanging on her front door, she wrote: “There will always be people out there trying to make you feel like you’re not ‘normal’ or that the way you are isn’t good enough.

“Don’t listen… Keep your head high and your chin up and YOU DO YOU. Unapologetically. Always.”

Stacey’s inspiring message comes after she got into a bit of an argument with her beau Joe for one of her latest craft projects. 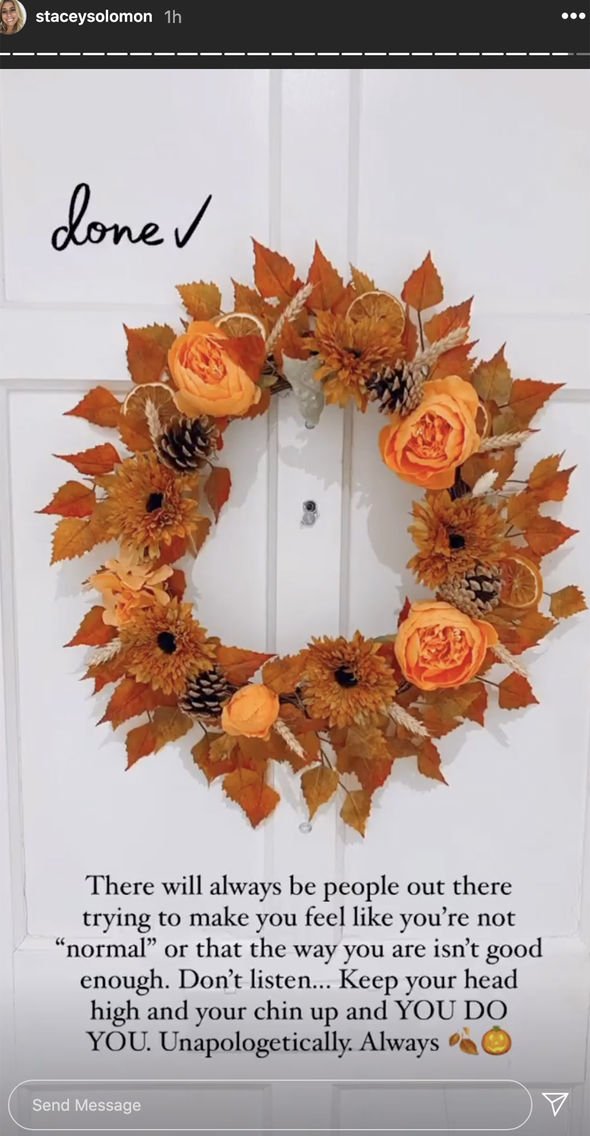 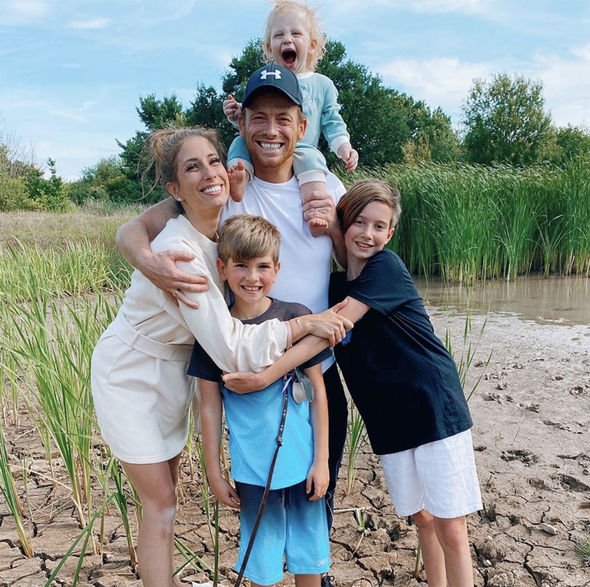 The star shared her “odd sock pumpkin” creation with fans last weekend and gushed over the results.

She said while speaking about her DIY efforts: “I have wanted to try and do something with all of our odd socks for ages and instead of throwing them away, so here we go.”

Stacey captioned her post: “It’s an odd sock pumpkin. I love it so, so much…I’m going to do them all and make a little display.”

However, the star revealed her boyfriend Joe was less than impressed with her latest creation because she had stuffed the pumpkins with tumble dryer sheets and used his socks to make them.

“Joe in the background pretending he’s actually put a wash on this year moaning about the tumble dryer sheets,” she added.

Unfortunately for Stacey, Joe still hadn’t let go of the situation when they ventured out together in the car.

The former X Factor contestant filmed herself listening to her beau ranting about the pumpkins costing too much money to create, as she admitted she “can’t cope”.

He argued: “It’s supposed to save us money, not cost us money. You’ve spent about £15 worth of my socks, I still wear them, you’ve done about £4 worth of those sheets you put in the tumble dryer… the maths don’t work!”(sic)

“They were odd!” Stacey hit back, questioning why Joe was so concerned about losing the mismatched socks.

She explained to fans in the caption of her clip: “OMG. We’ve got dressed, come out and he’s still going on about my sock pumpkins.

“He’s gutted I used his socks because apparently he still wears odd socks, he’s not happy I used up the tumble sheets. I can’t cope.”

Stacey could then be heard trying to sell her boyfriend on the idea, adding: “You have to admit they are cute though?”

Joe cheekily responded: “They’re all right. They’re not the greatest!”