Loved the book? Now watch the show! CHRISTOPHER STEVENS says a stackful of novels is heading to the small screen… and each one promises to make classic TV

Aidan Turner strides naked to the waist from the Cornish surf as Cap’n Ross Poldark. Benedict Cumberbatch lies shivering in a bath during a drugs binge in Patrick Melrose, and Olivia Vinall is thrown into an asylum by her evil husband in The Woman In White.

And if your favourite TV moment of 2018 isn’t among those scenes, how about David Morrissey as a detective torn between parallel realities in The City And The City, or Elisabeth Moss in the visually stunning, upsetting fantasy The Handmaid’s Tale?

All these triumphs have one factor in common: they were adapted from novels. More than ever, TV bosses are turning to the bookshelf for original stories. 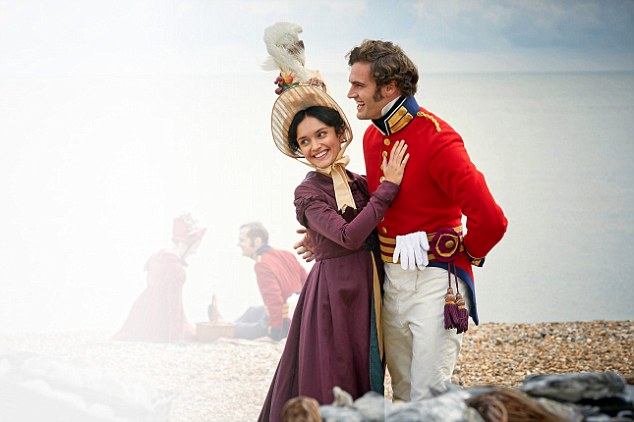 Olivia Cooke and Tom Bateman will appear in Vanity Fair, which airs on ITV/Amazon in autumn

With a bookcase full of new adaptations reaching our screens in the next few months, one question remains: should you read the novels now, or wait until you’ve watched the serial? My answer: read the book, then watch the box… but either way, start here with our literary lowdown.

What is it? Vanity Fair, by William Makepeace Thackeray (1848). It airs on ITV/Amazon this autumn.

Why we’re excited: Becky Sharp is the brightest of heroines.

What’s the story? Brave, heartless and shamelessly on the make, Becky is determined to leave her disreputable past behind and climb to the top of aristocratic society. Her best friend Amelia is a golden child… and a terrible judge of character. And they both desire the same dashing soldier.

Acclaimed by many as the greatest book in all English literature, this story has sex, satire, spectacle and selfish betrayals galore. It’s like War And Peace, yet far funnier. 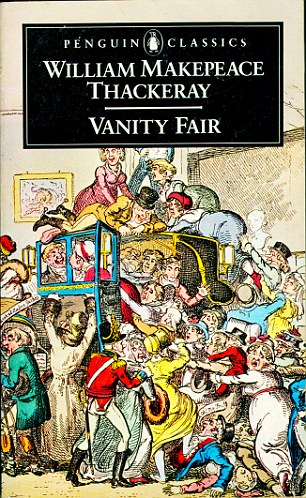 There have been numerous adaptations, but this time it’s the turn of Olivia Cooke to play Becky, backed up by Simon Russell Beale, Frances de la Tour, Martin Clunes, Clare Skinner, Michael Palin and Anthony Head.

What is it? The Haunting Of Hill House, by Shirley Jackson (1959), is on Netflix from October 31.

What’s the story? When a team of paranormal investigators descends on a gloomy mansion, they are hoping to discover scientific proof of the existence of the spirit world. Instead, they find the house seems to feed off their own psyches and secrets. This is a U.S. classic and was filmed in both 1963 and 1999. Director Mike Flanagan is masterminding this updated TV version.

A SPY IN TOO DEEP

What’s the story? Although it’s far less known than the spy master’s biggest sellers such as Tinker Tailor Soldier Spy, this multi-layered novel about Charlie, a Left-wing English actress recruited by Israel to snare a Palestinian terrorist, has been hailed by top thriller writers (including John Grisham) as the perfect espionage novel. Florence Pugh (Cordelia in this year’s King Lear on BBC2) takes the role.

Why we’re excited: A TV adaptation is long overdue.

What’s the story? The chances of anything coming from Mars are… well, you know the rest. The seminal sci-fi tale from the end of the Victorian era spawned an Orson Welles radio play (that reputedly terrified America to a standstill in 1938), a hit album and a Steven Spielberg movie in 2005, starring Tom Cruise. This version stays close to the original, set in Edwardian London as aliens invade.

What is it? Watership Down, by Richard Adams (1972), airs late this year on BBC1 and Netflix.

Why we’re excited: It’s costing £20 million and is already a year overdue.

What’s the story? When Channel 5 screened the original animation last Easter Sunday, viewers reacted with horror, and not because of that schmaltzy Art Garfunkel theme song. True to the book, the 1978 cartoon featured brutal scenes, including one of bunnies being savaged by a dog.

This TV remake stars James McAvoy as the voice of Hazel, the brave young rabbit who leads his friends and family to a new home after their warren is bulldozed. Olivia Colman, John Boyega and Ben Kingsley also feature.

Why we’re excited: The stage version at the National Theatre was famously good.

What’s the story? A tale of mythical creatures and parallel universes, partly set in Oxford, and another adaptation to star James McAvoy, this time as Lord Asriel, father of the heroine Lyra (Dafne Keen). A film version was made in 2007 with Daniel Craig and Nicole Kidman, but it failed to capture the magic of the best-selling trilogy.

What is it? The ABC Murders, by Agatha Christie (1936), airs on BBC1 this Christmas.

Why we’re excited: This is one of Christie’s very best.

What’s the story? American actor John Malkovich joins the roster of those to play the fabled detective Hercule Poirot — but early photographs reveal a surprise: instead of the famous waxed moustache, Malkovich sports a neat goatee.

Rupert Grint, Andrew Buchan and Tara Fitzgerald join the cast in this story of a serial killer who picks his victims alphabetically and leaves a copy of the ABC Railway Guide beside each corpse.

What is it? Pride And Prejudice, by Jane Austen (1813), will be broadcast by ITV next year.

Why we’re excited: It’s made by the same people who did Victoria.

What’s the story? It is a truth universally acknowleged that viewers can never have too much of Mr Darcy. Millions of fans still get the flutters at the thought of Colin Firth in the 1995 adaptation.

The producers, Mammoth Screen, have yet to announce the cast for the latest remake, but scriptwriter Nina Raine promises this will be unlike any previous version.