EXCLUSIVE: Strictly’s Nicola Adams risks the wrath of BBC bosses by revealing she’s going to set up a racy OnlyFans account with her girlfriend

Strictly star Nicola Adams has risked the wrath of BBC bosses by revealing she plans to set up a racy OnlyFans account with her girlfriend.

The Olympic boxing champion, 37, asked her 162K Instagram followers for their thoughts about creating a profile with partner Ella Baig, 22, on the subscription-based site, which allows its users to make and sell their own adult content.

Nicola, who will compete in Strictly’s first ever same-sex couple this year, teased: ‘Ella doesn’t know… yet, what do you think about me and Ella doing some couples OnlyFans?’ 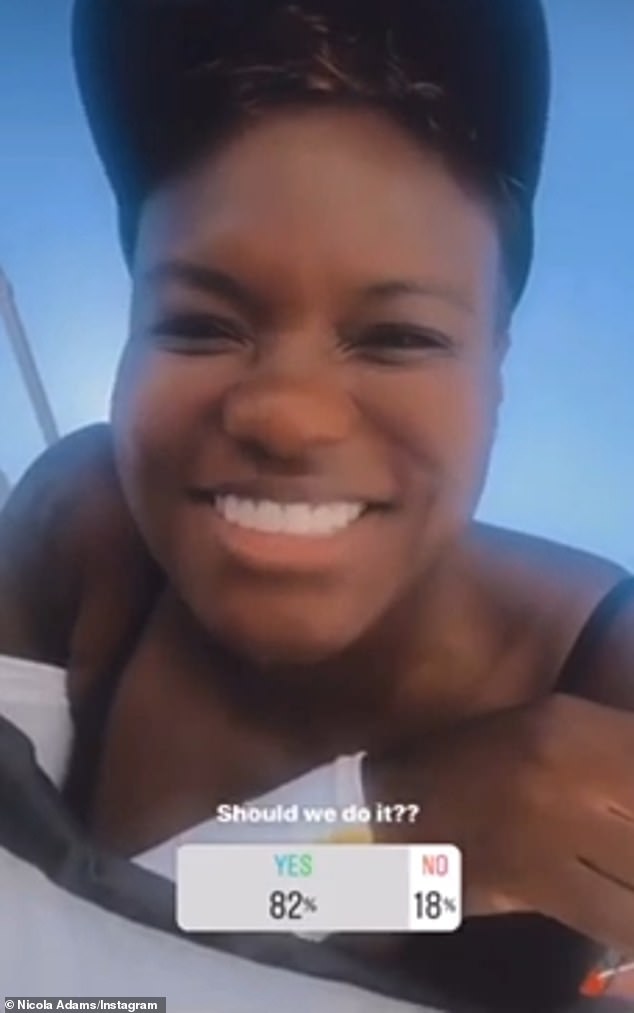 Explicit content: Strictly star Nicola Adams has risked the wrath of BBC bosses by revealing she’s going to set up a racy OnlyFans account with her girlfriend

Last Monday while on holiday in Mykonos, Nicola created a poll which asked her followers whether she should have a joint OnlyFans account with Ella – with 82 per cent voting yes.

Nicola’s girlfriend Ella, who lives with the boxer in Leeds, already has her own profile on the subscription service, which is famed for users sharing explicit pictures and videos.

Ella sells nude images and sexual clips on her OnlyFans account with users paying £20 a month to get her exclusive content or £140 for the year.

Now Nicola is hoping to cash in by creating a profile with Ella, who she’s been in a relationship with since 2018. 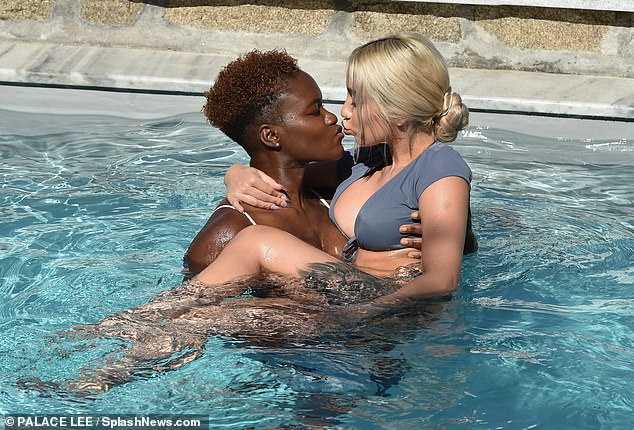 ‘Ella doesn’t know… yet’: The Olympic boxing champion, 37, told her 162K Instagram followers that she planned to create a couples profile with girlfriend Ella Baig, 22, on the adult site 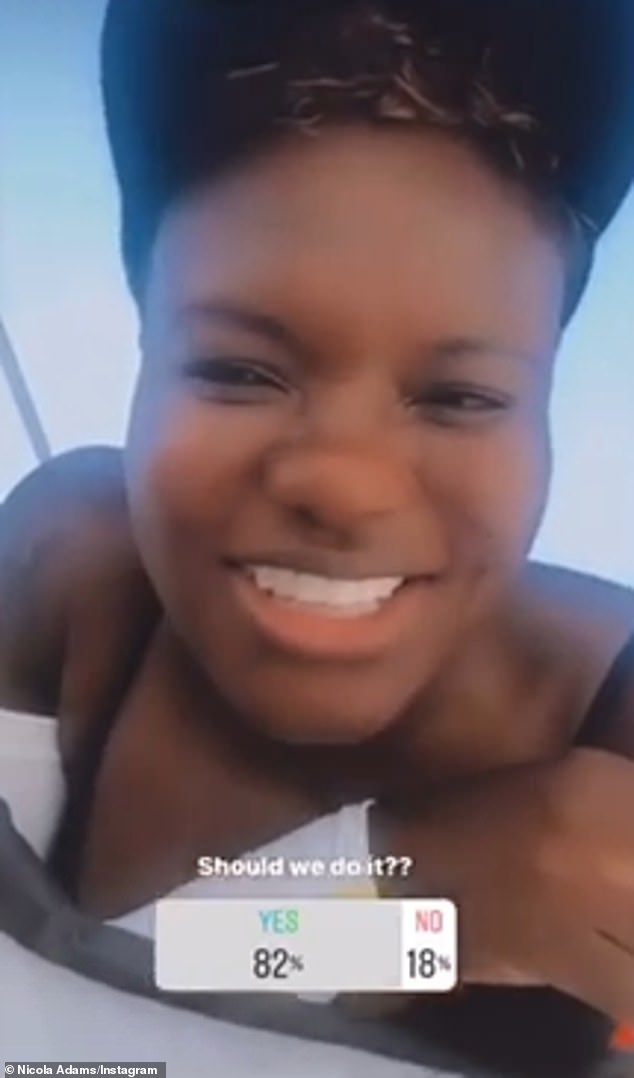 ‘Should we do it?’: While on holiday in Mykonos, Nicola created a poll where 82 per cent of her fans voted in favour of the pair having a couples profile on the subscription service

Celebrities such as Love Island’s Megan Barton-Hanson, 26, and TOWIE star Lauren Goodger, 33, have admitted to making money on OnlyFans, while Disney actress Bella Thorne, 22, reportedly earned $1million in just a day on her account.

Nicola was the first openly LGBT person to win a boxing Gold at the 2012 Olympic Games in London and did the same at Rio in 2016.

The athlete will perform on BBC’s Strictly Come Dancing with a female professional dancer, marking the first same-sex pairing in the show’s history.

Strictly is following in the footsteps of ITV’s Dancing On Ice, which featured its first same-sex pairing this year when Ian ‘H’ Watkins and professional Matt Evers competed together.

After being confirmed for Strictly last week, Nicola said: ‘I think it’s really important, it’s a big step for the show. It’s nice to see that we’re able to move on.’ 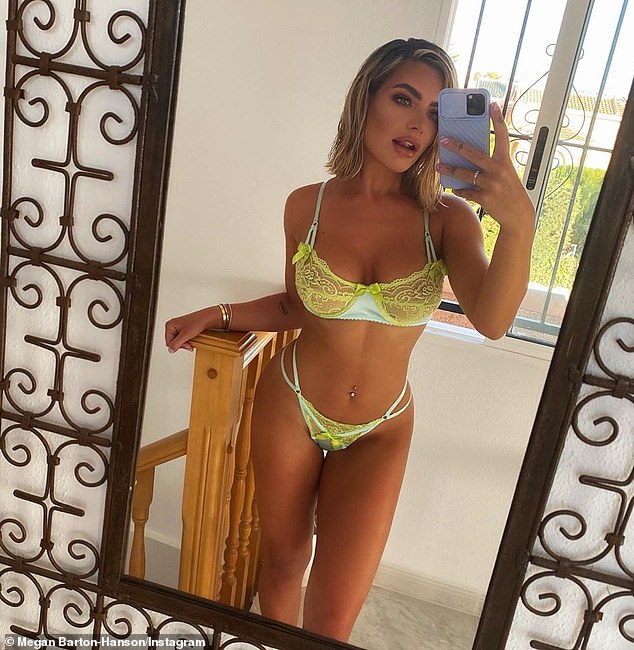 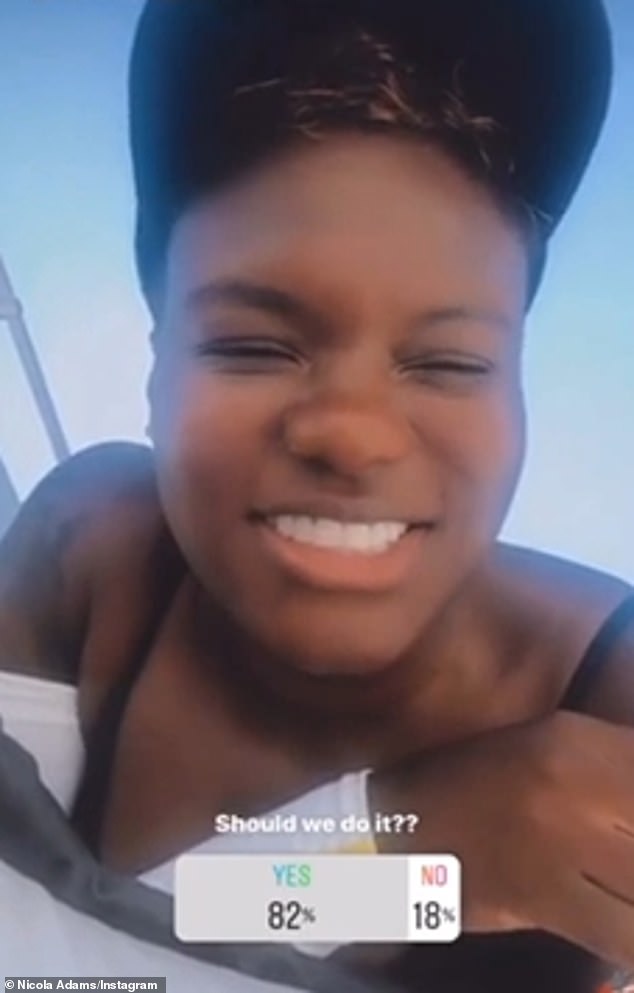 History: Nicola, who was the first openly LGBT person to win a boxing Gold at the 2012 Games and did the same at Rio 2016, will perform on BBC’s Strictly with a female professional dancer

Nicola explained she insisted on dancing with a woman when she got the call from BBC producers.

She continued: ‘I asked the show about it. They wanted to know if I wanted to be on the show and I said, “Yeah, I’ll do it, but I want to dance with another female dance partner.”‘

Strictly previously featured two male professionals dancing together, Johannes Radebe, 33, and Graziano di Primam, 26, but only in a one-off routine. 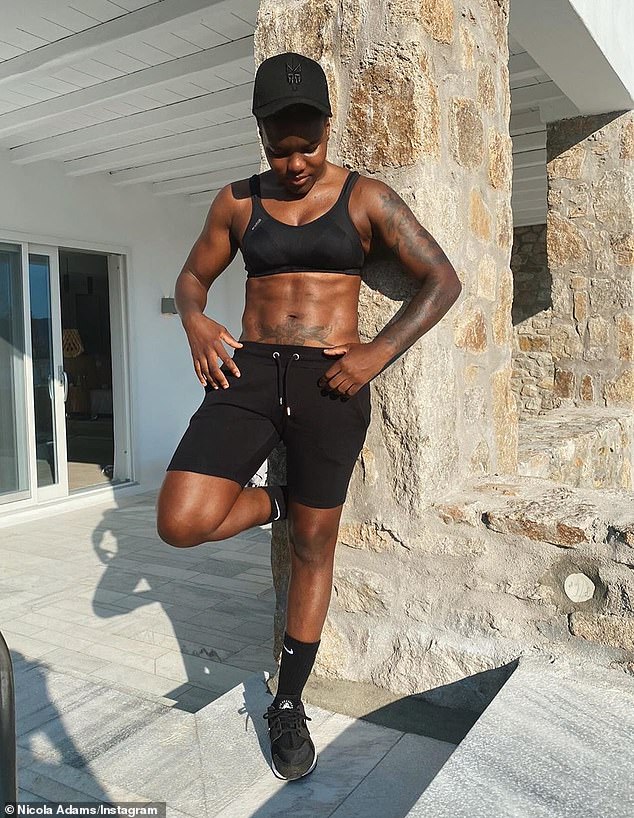 ‘It’s a big step’: The boxing champ told BBC producers she would only sign up to the show if she could dance with a female pro, which she said was really ‘important’ to her

Made In Chelsea star Jamie Laing, 31, will also be on the show after having to dropout last year due to injury.

Prior to her relationship with Ella, Nicola was engaged to fellow boxer Marlen Esparza, 31, for 16 months, but they announced their split in April 2018.

Nicola was reportedly left ‘heartbroken’ when her ex moved on shortly after their breakup with her personal trainer.

US boxer Marlen welcomed her first baby, a boy called Saint, last year, but it is unknown if she’s still in a relationship with PT Frank. 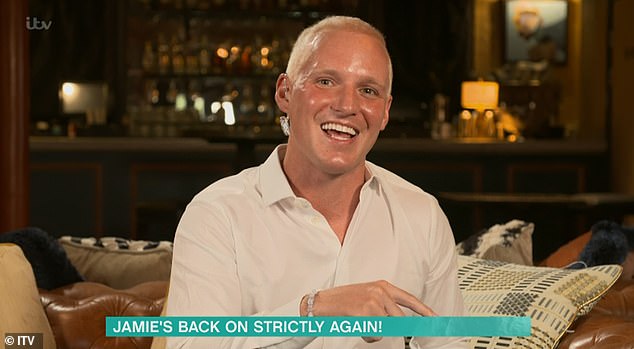 Full line-up: Made In Chelsea’s Jamie Laing will also be on the show after having to dropout last year due to injury, as well as EastEnders actress Maisie Smith and singer Max George