TALK OF THE TOWN: His empire’s tumbled, but Jamie Oliver still blows £5k on underfloor heating at his £6m country mansion 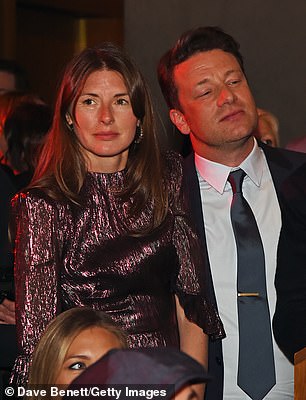 Jamie Oliver, and his wife Jools, left, are currently renovating a £6 million mansion in Essex despite his recent business set back

It’s just weeks since his restaurant empire collapsed but that hasn’t stopped Jamie Oliver from spending a small fortune refurbishing his new £6 million mansion, including £5,000 on underfloor heating… in the pantry.

Jamie was ‘deeply saddened’ when 1,000 of his staff lost their jobs last month as 22 of his 25 UK restaurants closed after he was forced to put the company into administration.

But the TV star is cheering himself up with a home-improvements project at the Grade I listed property in Essex running into hundreds of thousands of pounds.

According to plans lodged with Braintree District Council, Jamie thinks the pantry scheme will ‘add flexibility to the use of the room for future occupants’ – though, as a chef, he is presumably aware that a pantry is used to keep food cool.

The bill is small change for Jamie, 44, who snapped up the 16th Century Elizabethan country house in the sleepy village of Finchingfield earlier this year. The property is currently covered in scaffolding as Jamie and his wife Jools, 44, are also renovating the library and kitchen, which features an original bread oven.

Until recently, part of the house was being used as a wedding venue but Jamie and Jools want to transform it back to a family home for them and their five children – Poppy, 17, Daisy Boo, 16, Petal Blossom, ten, Buddy Bear, eight, and River Rocket, two. 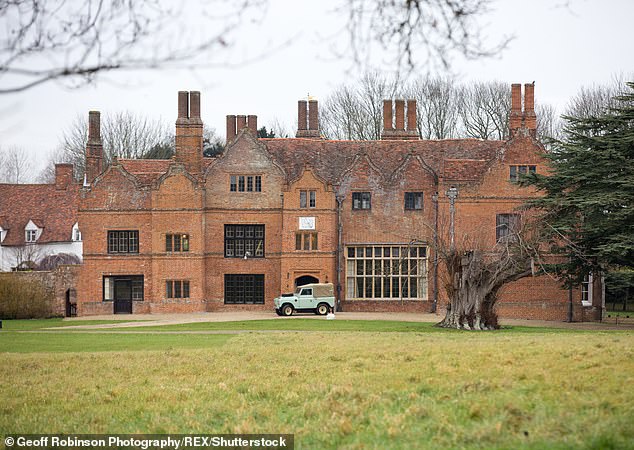 Jamie and Jools purchased the house in Finchingfield, Essex, pictured, earlier this year which is on a 70-acre estate, including a three-bedroom lodge, converted stables, a 19th Century coach house, a cart shed, two-storey garden folly, tennis court and a heated swimming pool

The family also own a eight-bedroom home in Hampstead, North London, which is estimated to be worth £8.9 million.