Home » Celebrities » TALK OF THE TOWN: Lottie Moss lets it out… about her ADHD

TALK OF THE TOWN: Lottie Moss lets it out… about her ADHD: Model issues series of impassioned online posts in response to Kanye West’s public breakdown last week 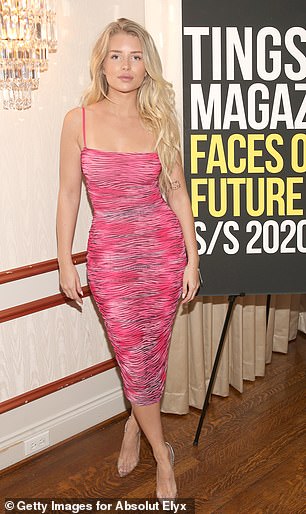 Lottie Moss pictured attending Tings Magazine Private Dinner at the Private Residence of the CEO of the Absolut Elyx in January this year in Los Angeles, California

Catwalk queen Kate Moss has always lived by the mantra ‘never complain, never explain’ but her younger sister Lottie has bravely decided to reveal her own struggle with mental health – and the distress it’s caused her.

The condition she suffers from – Attention Deficit Hyperactivity Disorder – is characterised by symptoms such as fidgeting and acting without thinking.

In her posts, the Calvin Klein model, who appeared on the cover of Vogue at 18, revealed she had to deal with ‘so many people thinking it’s some made-up thing, or try to tell me how I should feel, or that it isn’t that bad, especially people that haven’t ever had a mental illness’.

Lottie also told her 330,000 followers: ‘My struggles have caused me to act out of character. I was becoming a person I didn’t really like which is why I numbed myself with substances.’

During lockdown, she stayed with Kate in her Cotswolds home, so I really hope the respite has helped Lottie find some peace. 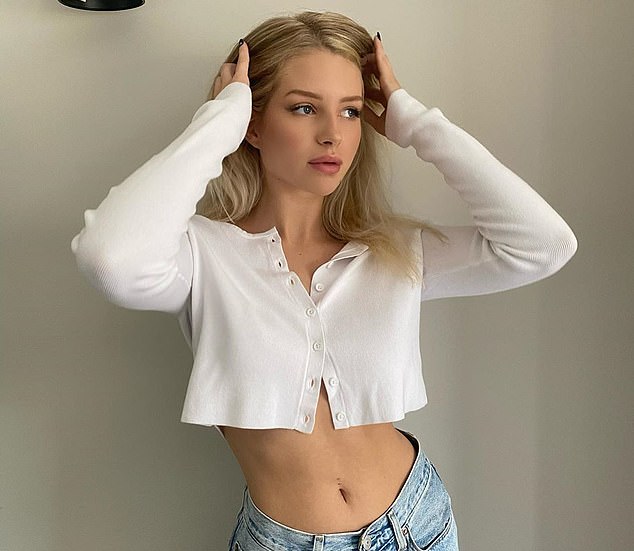 Lottie, pictured, has bravely decided to reveal her own struggle with mental health – and the distress it’s caused her – in a series of impassioned online posts

He IS rich and he was famous, but singer Robbie Williams clearly isn’t that recognisable any more: that’s the only way I can explain the fact that his mother- in-law Gwen was conned by an impostor – even while she was living in the same house as the pop star.

Robbie, who is married to Gwen’s daughter Ayda Field, revealed: ‘A fake Robbie Williams Facebooked Gwen and she started having public conversations on Facebook with this fake Robbie… whilst she’s living in my house, with me!’ Maybe the impostor was just more interesting than you, Robbie…

The 29-year-old and her film producer boyfriend, Jackson Wade, have launched The Sniff Club, which charges up to £25 an hour for their ‘premium service’ – which is taking take pets for a stroll.

At least Johanna should have plenty of spare balls for a game of ‘fetch’!