Former Apprentice star Michelle Dewberry’s bid to become an MP for the Brexit Party ended in defeat on Thursday night, as she lost to Labour’s Emma Hardy.

The 39-year-old – who stood in the general election for a second time for the Hull West and Hessle seat – pulled in just 5,738 votes at the ballot boxes, compared to Hardy’s 13,384 and Conservative Scott Bell’s 10,528.

After learning of the result, the bespectacled TV personality was consoled by her businessman boyfriend Simon Jordan, 52, resting her head on his shoulder as they stood together at Hull’s Guildhall. 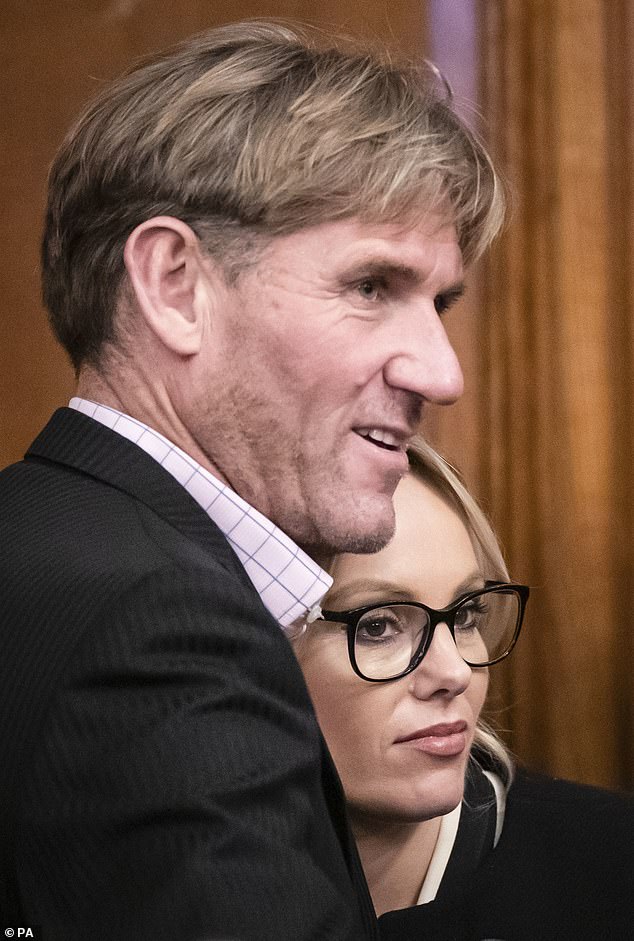 Comforted: Michelle Dewberry was comforted by her boyfriend Simon Jordan on Thursday night, after her bid to scoop the Hull West and Hessle seat for the Brexit Party failed

Soon afterwards, she took to Twitter to share her thoughts on her defeat, writing: ‘Disappointing result, but I never feared losing, I feared only not trying my best.’

‘With my hand on my heart, I know there was nothing more we could have done. Thank you to everyone for the votes & the support. And now, I’m gonna sleep for a week,’ she added, concluding her post with three laughing emojis.

Former Crystal Palace Football Club owner Jordan, whose relationship with Dewberry was confirmed in the summer, proudly showed support for his partner throughout her weeks-long campaign and as the polls closed. 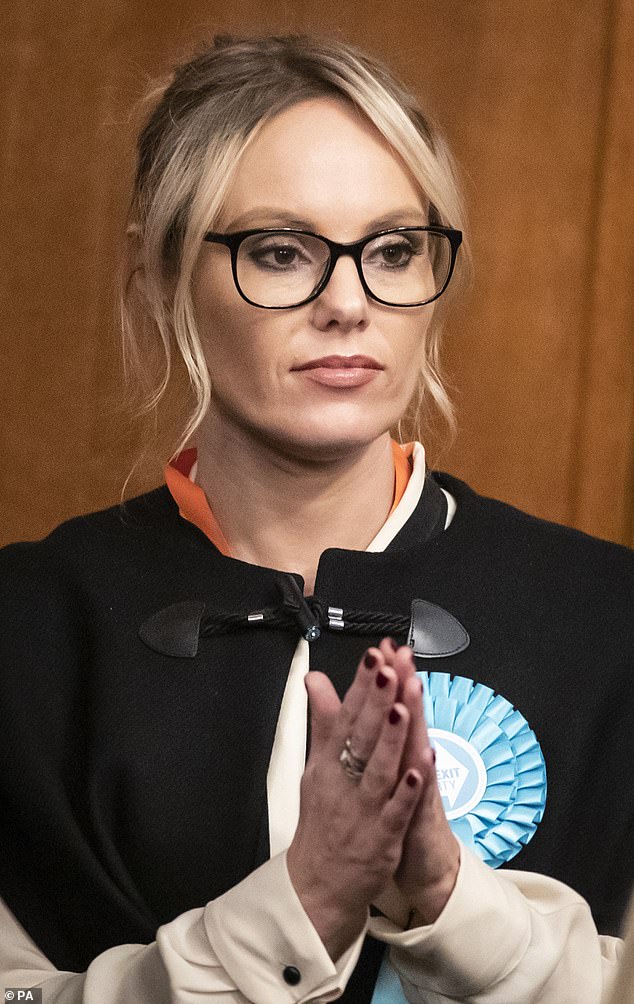 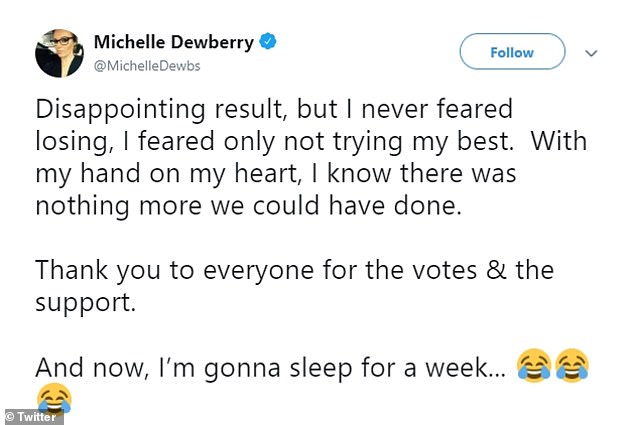 Social media: Soon afterwards, she took to Twitter to share her thoughts on her defeat, writing, ‘Disappointing result, but I never feared losing, I feared only not trying my best’

Tweeting a snapshot of Dewberry, he wrote: ‘Candidate dewberry …. I’m proud of @MichelleDewbs she’s had the courage of her convictions, stood In her home constituency All those who supported her that’s great she’s worth it!’

Addressing her critics, the businessman curtly concluded: ‘All those who told her to F off .. yr lovely … enjoy life.’

Responding to his post, Dewberry penned: ‘I’ve gotta give my man his due…. He has given me emotional support like I’ve never had in my life from a partner.

‘Doing this election hasn’t been easy but it’s been made so much easier having him at home. I’m the luckiest girl. (Ok, gushy stuff over now!)’ 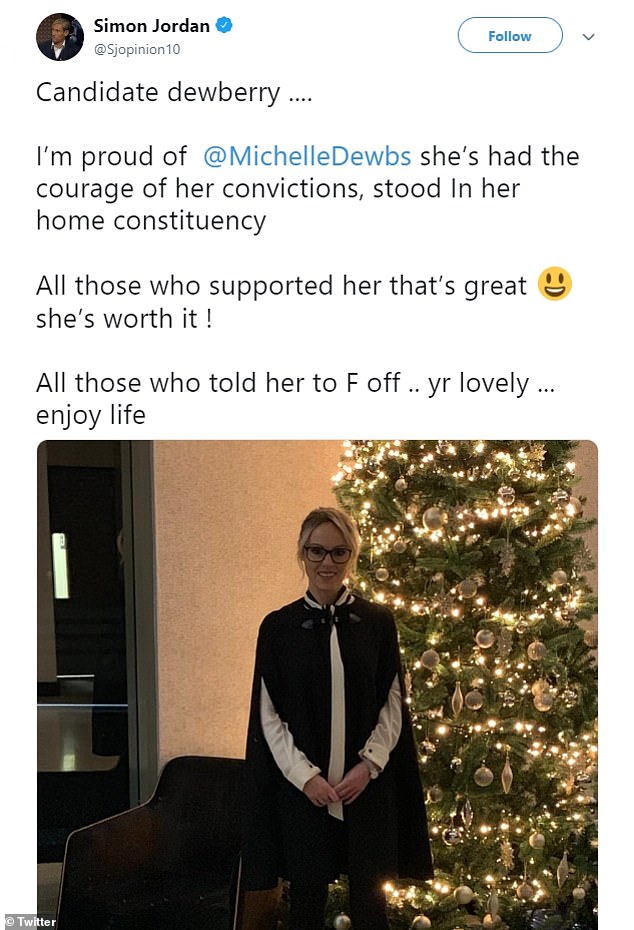 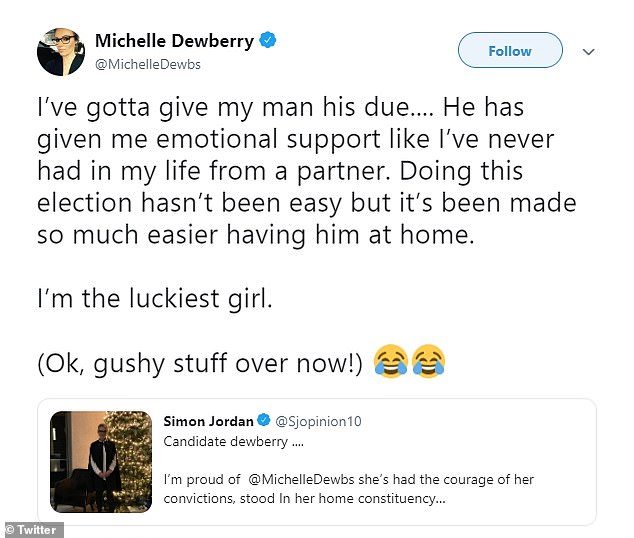 The lovebirds confirmed their relationship on social media in July, when Dewberry shared a now-deleted snap of the duo during a night out, pouting in a selfie alongside father-of-one Simon, 51.

A source told MailOnline the pair put on an affectionate display during a The Specials concert, describing Jordan as ‘affectionate, smitten and the perfect gentleman’.

Speaking about their romance, a source said: ‘They met when they were both on the Matthew Wright show. He took her to The Specials concert in London…

‘Michelle stood in the sound box – I’m guessing to avoid the crowd following her surgery – and Simon was the perfect gentleman towards her. He was very attentive and affectionate towards her and seemed to be smitten.’ 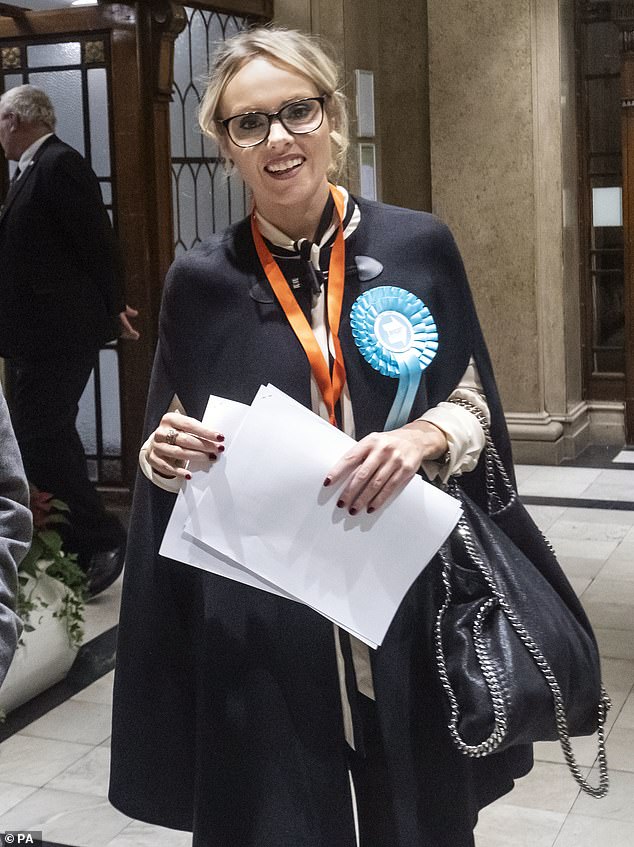 Second time unlucky: Dewberry stood in the general election for a second time for the Hull West and Hessle seat, having also vied for the constituency in 2017

Simon first confirmed their relationship when co-presenting TalkSPORT Drive with Sam Matterface on 24th May 2019.

The presenter, who shares an 11-year-old daughter with former Page 3 girl Suzi Walker, the estranged wife of Bolton Wanderers goalkeeper Ian Walker, has since shared tweets showing his playful relationship with the Michelle.

Dewberry, who scooped top prize on The Apprentice’s second series, previously stood as an independent in the same constituency during the 2017 general election, after Labour’s Alan Johnson announced he was stepping down. 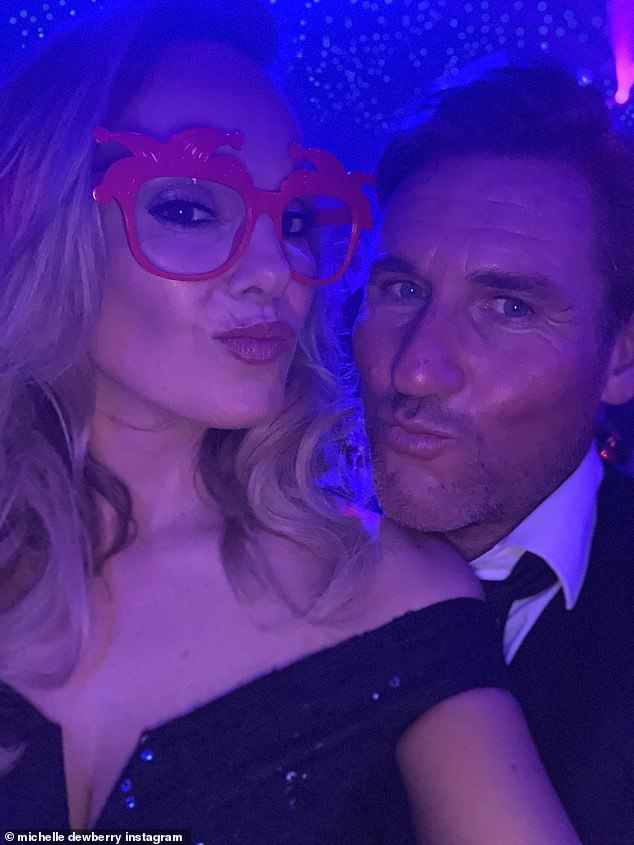 Romance: Dewberry and Jordan confirmed their relationship on social media over the summer 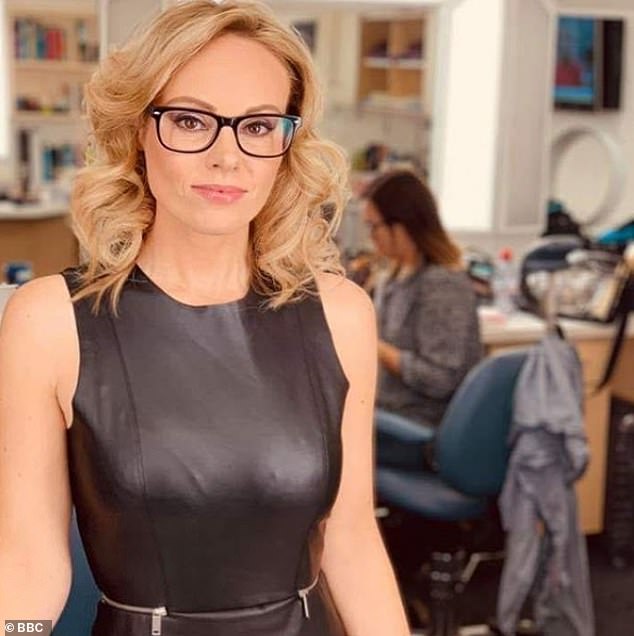 The former Kwik-Save checkout worker, who grew up on a Hull council estate and dropped out of school at 16 with just two GCSEs, shot to stardom after becoming Lord Alan Sugar’s Apprentice in 2006.

She secured a £100k-a-year-job with Lord Sugar and national fame after winning the second series of the popular show.

In the 13 years which followed, she forged a successful career in business and TV.

Unveiling her campaign last month she said: ‘Standing in this election was a tough choice for me to make. 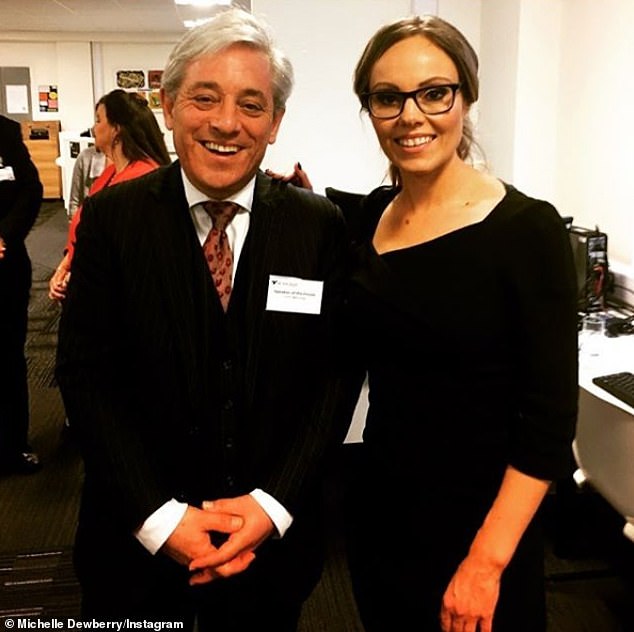 Snapshot: The TV personality shared a snap of herself posing with former Speaker of the House of Commons John Bercow in 2017 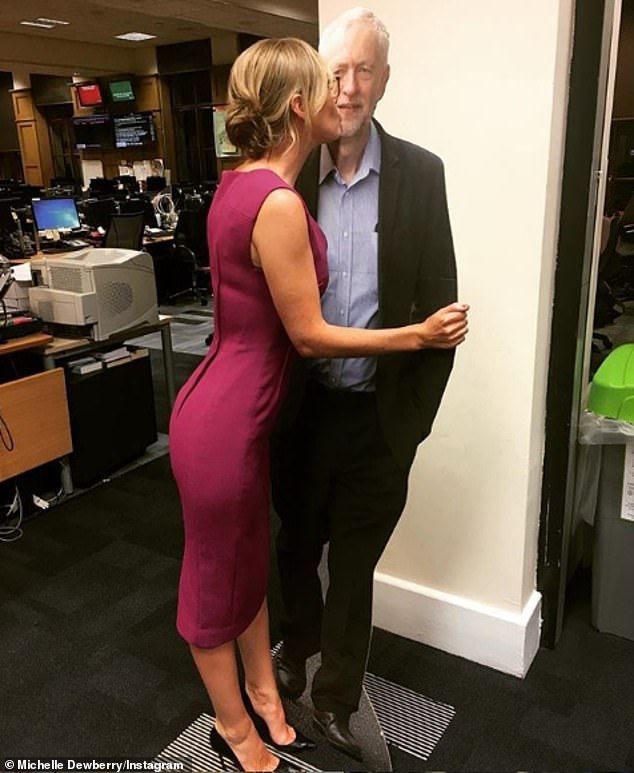 Lip service: While she also uploaded a shot of herself kissing Jeremy Corbyn’s cutout, she has been critical of the Labour Party

‘But ultimately, I believe passionately that there are many people in Hull West and Hessle who have been let down by Labour.

‘As for the Tories, they have shown, year after year, that they do not care about the North — their sudden pretence that they do simply doesn’t wash with me.’

Beyond her TV and business work, she has spoken out about sensitive issues such as mental health, depression, suicide and her tough upbringing.

Dewberry came fourth in Kingston-upon-Hull West and Hessle at the 2017 election, receiving 1,898 votes. 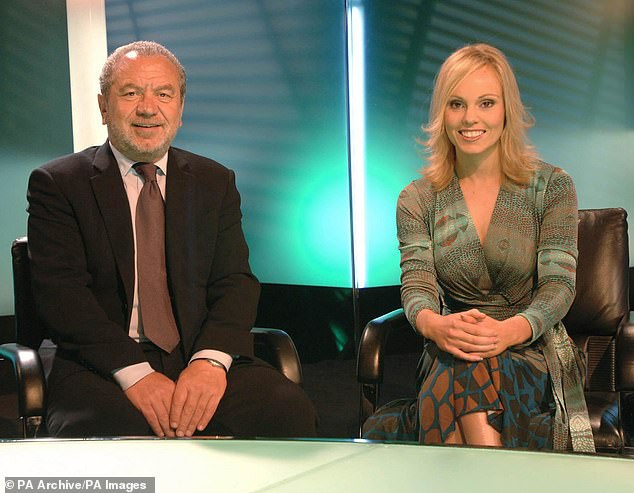 Hired: Dewberry secured a £100k-a-year-job with Lord Alan Sugar and national fame after winning the second series of popular BBC show The Apprentice