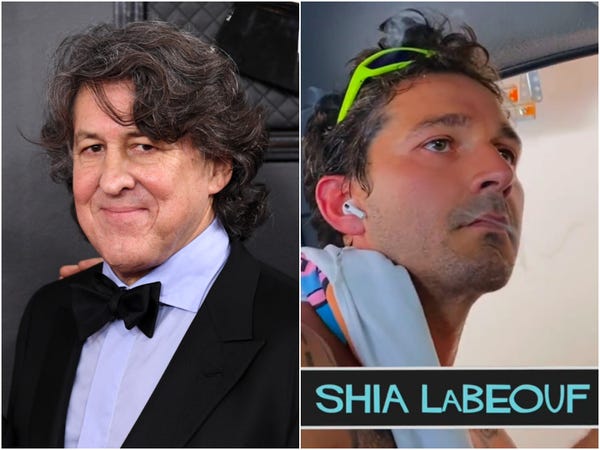 Cameron Crowe, the writer of "Fast Times at Ridgemont High,"said that he loved Shia LaBeouf's performance in the live table read of the movie.

Crowe was talking to Variety to celebrate the 20th anniversary of "Almost Famous," which he directed as well as wrote, and told the outlet he did indeed watch the Zoom-hosted table read.

Crowe called LaBeouf's performance as Jeff Spicoli "wild and brave," which is an accurate description considering LaBeouf was smoking a joint for the entire Zoom table read.

"Tore up the room, too. It just brought everybody to a place of giddiness, that made the whole thing work, for me," Crowe said. While the table read quickly went viral thanks to LaBeouf's role in the project, it also featured a whole host of celebrities, including a reunion between Jennifer Aniston and Brad Pitt, and Morgan Freeman reading stage directions.

The table read was hosted by Dane Cook and raised funds for CORE, a nonprofit emergency relief, and their attempts to fight COVID-19. Proceeds also went to Reform Alliance, a criminal justice reform organization.

As Spicolo, LaBeouf smoked a joint and went shirtless for periods of time, donning neon sunglasses and a low, confused voice for the high-school stoner character.

Sean Penn, who played Spicolo in the original 1982 movie, also featured in the table read.

LaBeouf was joined by a host of A-list celebrities, including John Legend, Julia Roberts, Henry Golding, and Jimmy Kimmel, but LaBeouf was the star of the show — so much so, that someone edited together all of his scenes from the table read into one singular video:

Watch the full table read below: