The X Factor: The Band: ‘They’re ripping off Popstars!’ Viewers poke fun at scaled-back format as Simon Cowell and Nicole Scherzinger kick off first round of auditions in his OFFICE

The X Factor: The Band viewers poked fun at the new show’s ‘scaled-back’ format as judges Simon Cowell and Nicole Scherzinger kicked off the first round of auditions in his office on Monday’s opening episode.

The music mogul’s latest talent show – which is direct competition to Little Mix’s 2020 series The Search – featured a range of aspiring singers eager to land a position in the next big supergroups, including students, an Instagram influencer, and even a reality star. 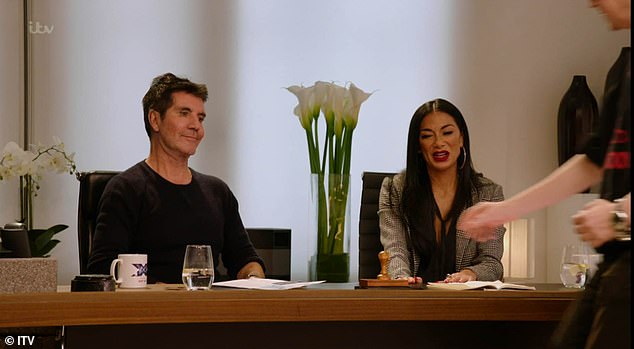 Scaled back: The X Factor: The Band viewers poked fun at the new show’s format as Simon Cowell and Nicole Scherzinger kicked off auditions in his office on Monday’s opening episode

Alongside Simon, 60, and Nicole, 41, the initial round boasted appearances from DJ Naughty Boy, songwriter Carla Williams and producers Lil’ Eddie and Fred Ball.

The group ditched the country’s biggest arenas and stadiums in favour of the media personality’s moderate office at Sony HQ in London, and fans were left amused at the contrast between the new series and the show’s main edition.

One wrote: ‘ #XFactorTheBand Why is this on? They’re going back to the Pop Idol rivals days. It didn’t last then, it won’t now. Find something new pleeeeeease!’ [sic]

Another added: ‘I feel like I’m watching pop idol from 2001 #XFactorTheBand.’ [sic] 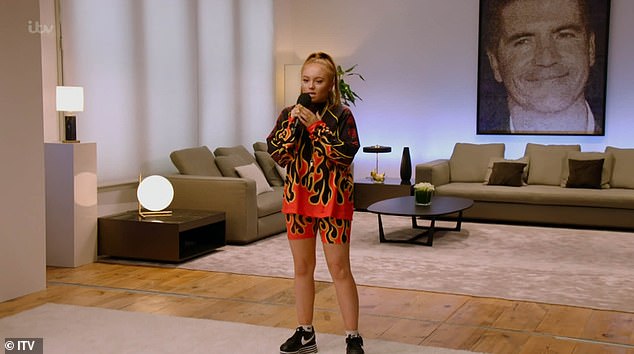 Tough competition: Contestant Kelli-Marie Willis, 17, blew the judges away as she sang her original song Asta La Vista in the mogul’s office, which featured sofas and a portrait of himself

Low-key: The group ditched the country’s biggest arenas and stadiums in favour of the media personality’s moderate office at Sony HQ in London 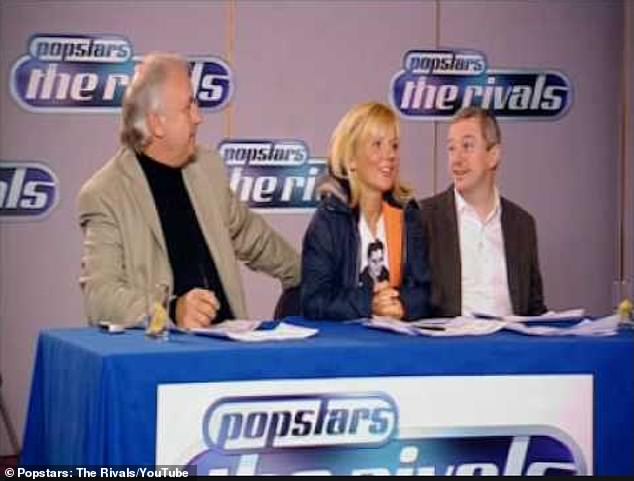 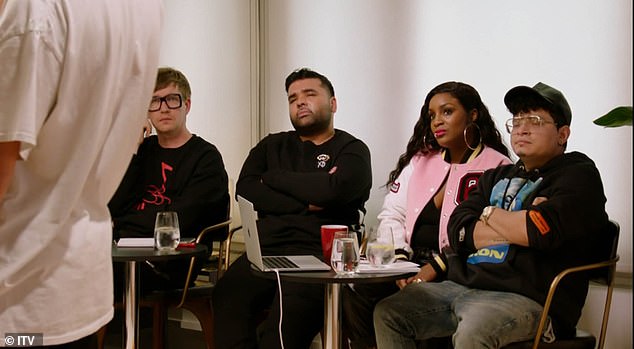 Another added: ‘Not gonna lie but the format does feel very much like Popstars (The Rivals) which is interesting because didn’t #XFactor get in trouble for being too much like Pop Idol back when it first started #XFactorTheBand.’

Others insisted they enjoyed the more low-key arrangement of the show as they tweeted: ‘I’m liking this audition format. Showing it a bit more true to life in his office. Having industry experts involved on the sidelines is a good choice too #XFactorTheBand.’

Another shared: ‘I actually really like this back to basics scaled down version. Will be really interesting to see how it fares on a weekday timeslot #XFactorTheBand.’

‘The room setting, the stamped piece of paper, family waiting outside watching on screens… it feels very American Idol/early X Factor… and I like that format. This could have been made into a pretty good series, but 4 days isn’t enough. It’s messy & rushed. #XFactorTheBand’, a third shared.

A fourth explained: ‘The format for #XFactorTheBand is actually pretty good, as of now anyway. Although, the reception scenes are unnecessary it works for The Greatest Dancer but not #XFactor.’

‘Isn’t this just Pop Stars just watered down?’ Fans were left amused at the contrast between the new series and the show’s main edition

Telling his team of music experts what he’s looking for, Simon opened the show by declaring: ‘We’re looking with people with personality, humour, a sense of where they are going… we’re not looking for puppets.’

First up was Fred Roberts, 17, who gave the audition his all in a bid to become the next Harry Styles.

BGT star Simon praised: ‘I have a real issue with an image that they think want, you genuinely came in as yourself. You remind me of Harry Styles when he first auditioned, this is a no-brainer… a yes from me!’ 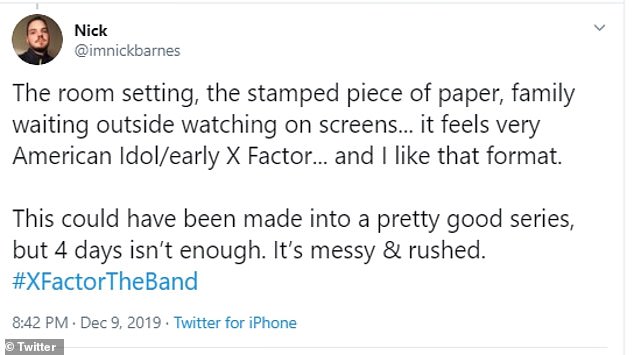 Not holding back: Social media users continued to share their honest thoughts on the debut episode

Social media influencer Rosie Bragg, 18, was the first female contestant to audition, who admitted she felt pressured as she belted Rihanna’s Love on the Brain in front of the song’s writer Fred Ball.

Overwhelmed with emotion, Simon told the contestant: ‘I saw Fred’s goosebumps from here! Your image is what we see on Instagram all the time… you don’t need to come with an image. I have to give this yes or no to Fred.’

As Fred sent Rosie sent through to the next round, the Buttons hitmaker enthused: ‘You’re beautiful with a beautiful voice, I can see you in one of these groups.’

With the first two contestants landing a position in the next round, Sven Smith, 22, Moe Jamie, 23, and Tia Urquhart, 20, unfortunately didn’t advance past the audition stage.

‘I actually really like this’: Others insisted they enjoyed the more low-key arrangement of the show

Bringing a sense of hip-hop to the show, The Lewis Sisters, aged 21 and 17, raised the roof with their own track, The Beat Goes.

A range of hopefuls – including Reece Wiltshire, Seorsia Leagh Jack, and Adam Moloney are also set to perform in front of thousands at an arena in Birmingham.

Coventry native Kelli-Marie Willis, 17, was a stand-out performer as she blew the judges away with her original song Asta La Vista.

Essex singer Virginia Hampson, 17, was sent away to refine her vocal talent after her rendition of Ariana Grande’s Problem hit a bum note, and eventually landed a place in the next round as she returned to sing Say You’ll be There by The Spice Girls. 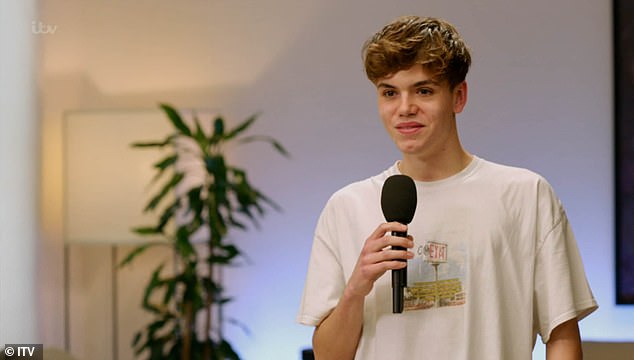 Kicking things off: First up was Fred Roberts, 17, who gave the audition his all in a bid to become the next Harry Styles 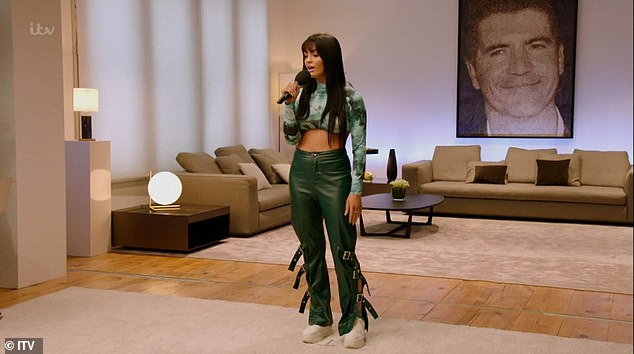 She’s got the look: Social media influencer Rosie Bragg, 18, admitted she felt pressured as she belted Rihanna’s Love on the Brain in front of the song’s writer Fred Ball 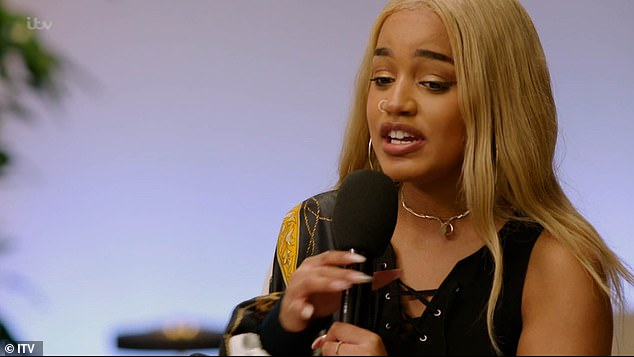 Viewers also saw a surprise appearance from Celebs Go Dating star Tallia Storm, 21, who sang her own single Break It.

Despite hitting the stage with Elton John at the tender age of 13, the reality star struggled to impress Nicole and Simon during her audition, but the duo decided to give her a second chance and stamped her audition paper.

The show rounded off with successful performances from Luena and Robbie Monaghan, with Casey Canty and Tom Lane being sent home.

Both Little Mix and One Direction were put together on the show during the bootcamp stage, having all auditioned as solo artists. 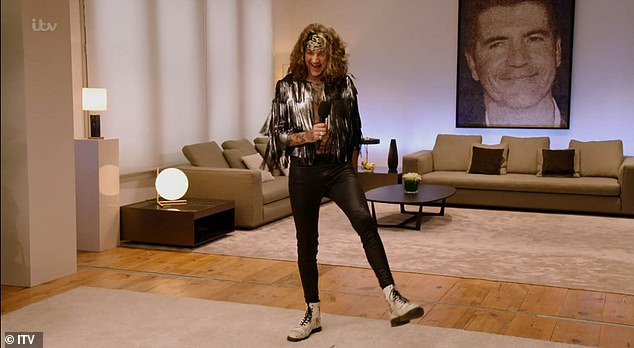 Boot: With the first two contestants landing a position in the next round, Sven Smith (pictured), 22, Moe Jamie, 23, and Tia Urquhart, 20, unfortunately didn’t advance past the audition stage

Lively: Bringing a sense of hip-hop to the show, The Lewis Sisters, aged 21 and 17, raised the roof with their own track, The Beat Goes

One Direction, who placed third on the 2010 edition of the programme, are The X Factor’s most successful contestants to date, with a total of 65 million records worldwide.

The boys – Harry, Niall Horan, Liam Payne and Louis Tomlinson – went on an indefinite hiatus in 2016, less than a year after Zayn Malik left the band.

Little Mix are the only band to have ever won the show, taking home the title in 2011, and are have become one of the biggest selling girl bands ever.

Chirpy: Boaz Dopemu was charismatic as he displayed his vocal talent to Superstition by Stevie Wonder 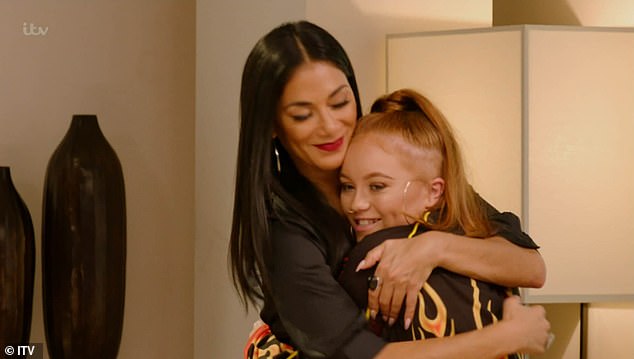 US group Fifth Harmony were formed by Simon in 2012, but split in May 2018, two years after lead singer Camila Cabello quit.

JLS – formed of Marvin Humes, Ortisé Williams, JB Gill and Aston Merrygold – came second to Alexandra Burke in 2008 and had five number one singles and sales of 6.5 million before their split in 2013.

Simon decided to axe the X Factor All Stars series ITV planned to launch this month, featuring ex-winners such as Leona and Alexandra Burke.

The show is direct competition for Little Mix’s BBC1 show The Search, which will launch in early 2020. 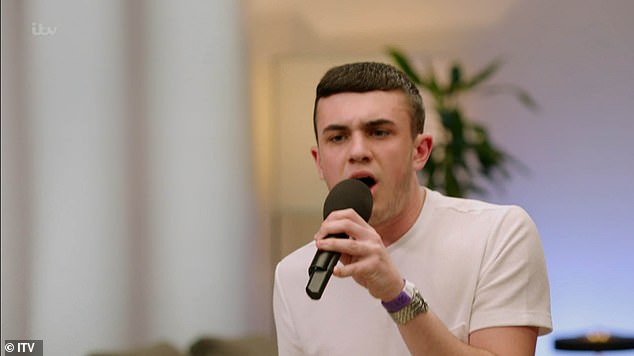 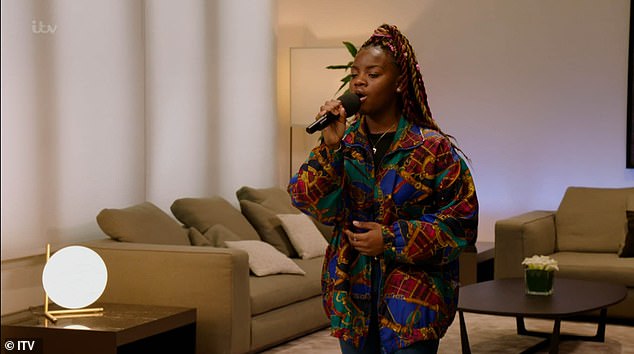 Second chance: Blessing-Nicole Yanda forgot the words to Lizzo’s Good as Hell, but still managed to secure a position in the next round 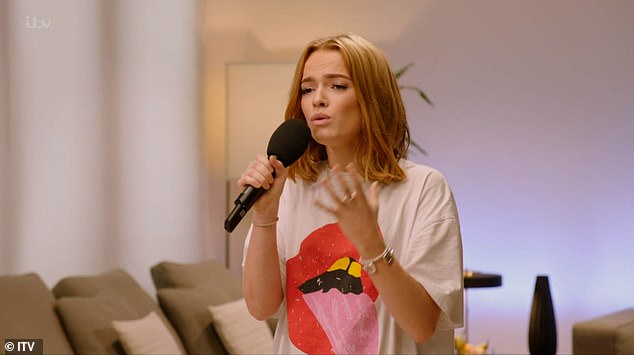 In her element: Virginia Hampson, 17, was sent away after her rendition of Ariana Grande’s Problem hit a bum note, and returned to sing Spice Girls’ Say You’ll be There 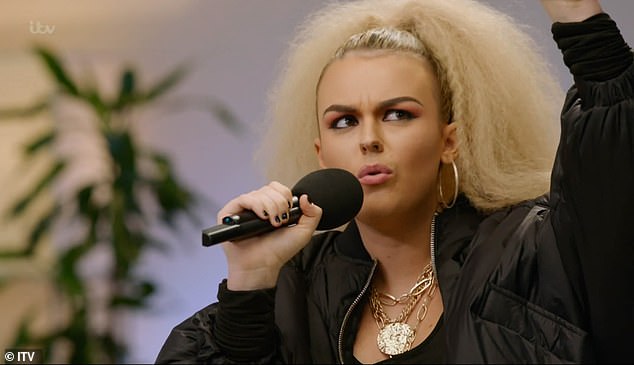 Simon, who no longer represents Little Mix because of a feud with their managers, told The Sun he came up with the concept for the new show first.

He claimed: ‘I was approached to co-produce that show last year by Little Mix’s management.

‘I told them the problem was we have a conflict of interest because we are launching X Factor The Band in 2020. We were told their show was going to launch in 2021.

‘Then we had the fallout and find out Little Mix were bringing their show forward. Was that intentional because we are doing our show? I have no idea.’ 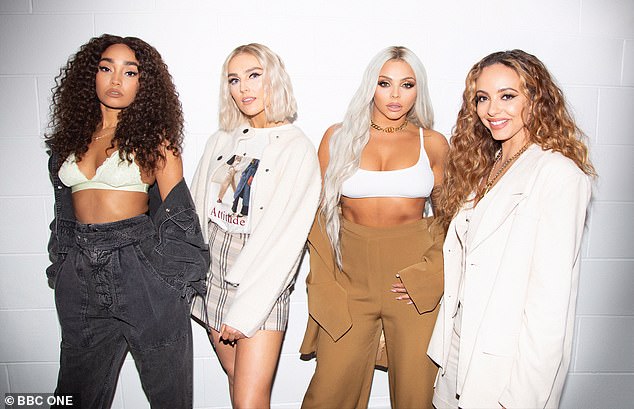