‘Things have changed forever’: Billy Connolly hits out at ‘woke culture’ and insists he ‘would have been cancelled if his career started today’ as he slams TV execs for ‘having no bravery’

Sir Billy Connolly has insisted he ‘would have been cancelled’ had he started out as a comedian in 2021.

Speaking on New Zealand radio station Newstalk ZB, the Glasgow-born funnyman, 78, suggested ‘things have changed forever’ and called upon TV executives – whom he referred to as ‘suits’ – to ‘have more bravery’.

Saying that the ‘fearless’ material he presented to audiences when he started out as a comedian in the 1970s would not be acceptable now, Billy clarified: ‘I couldn’t have started today.’ 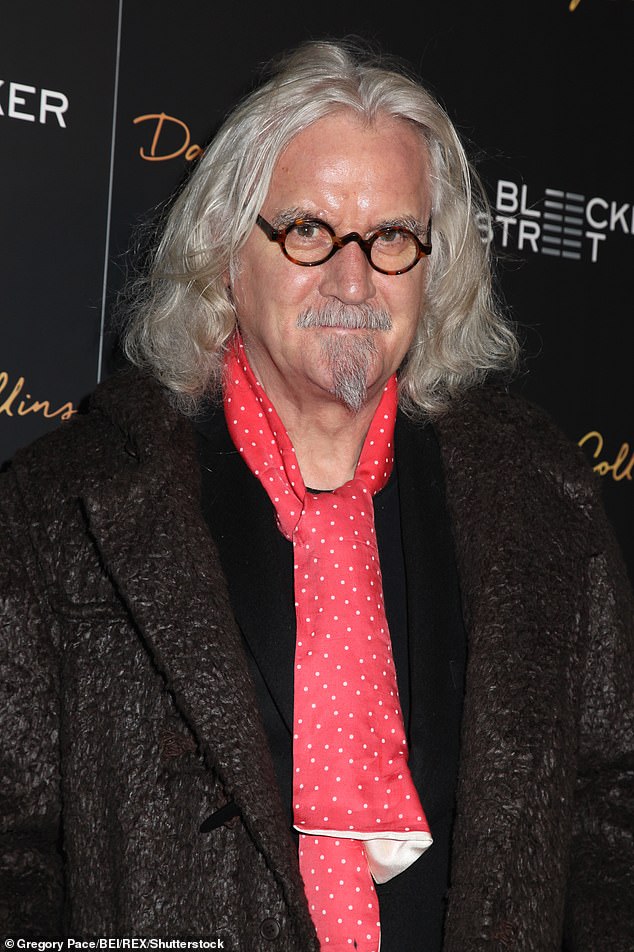 Cancelled: Sir Billy Connolly, 78, has insisted he ‘would have been cancelled’ had he started out as a comedian in 2021 (pictured in 2015) 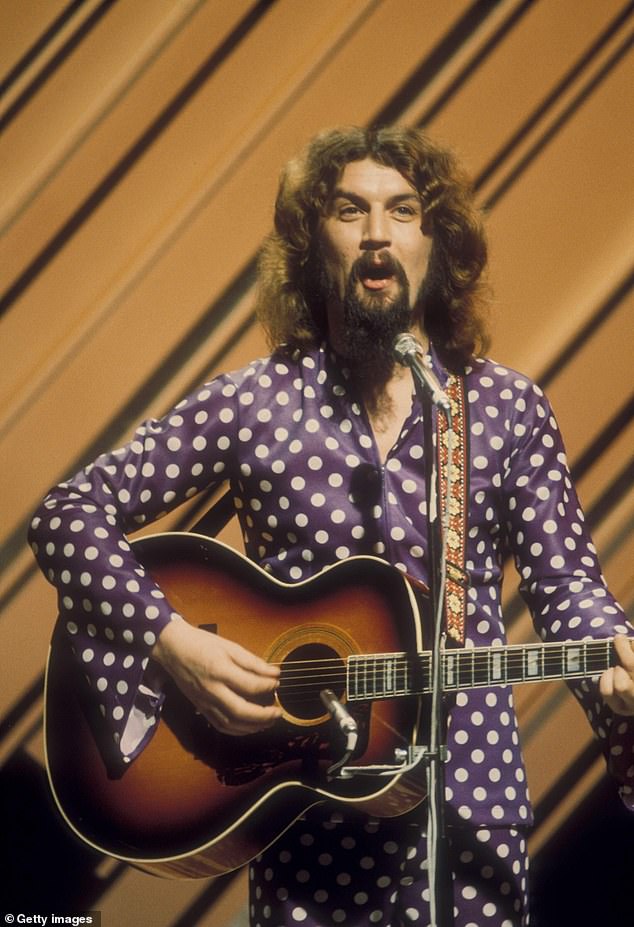 Fearless: He said the ‘fearless’ material he presented to audiences when he started out as a comedian in the 1970s would not be acceptable today (pictured in 1970)

Promoting his new autobiography Windswept, the star went on: ‘Because of political correctness people have pulled in the horns. I couldn’t have started today with the talent I had then.’

He added: ‘There’s a show here in America with all black comedians, men and women, and they are totally ruthless, they are totally without political correctness and they have always got me on the floor howling with laughter.

‘There was a comedian who had a series on television and the suits involved were going to take it off at the first commercial break. They have got no bravery.’

Billy also revealed that writing Windswept made him ‘depressed’ as he touched upon sensitive subjects including the abuse he suffered as young boy at the hands of his aunts and father.

The comedian’s interview comes after he joked in August that receiving the Lifetime Achievement Award at the Edinburgh TV Festival makes him feel like he ‘should be dead’.

Billy, who is currently battling worsening Parkinson’s disease, made the quip in a rare interview with his wife Dr Pamela Stephenson Connolly, 71, at their home in Florida. 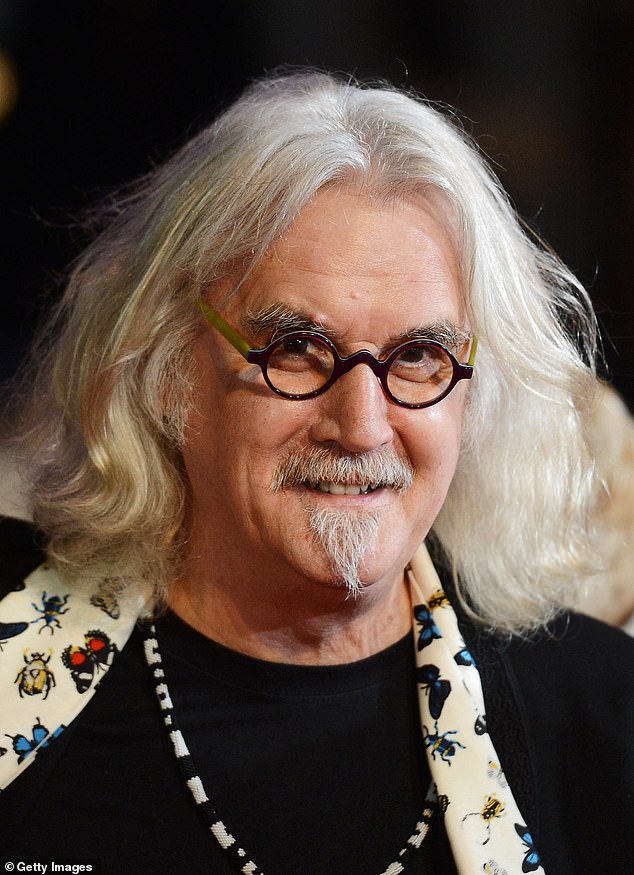 ‘Do they know something I don’t?’ Billy joked his lifetime achievement award makes him feel like he ‘should be dead’ as he admitted his Parkinson’s is ‘getting worse’ (pictured in 2012) 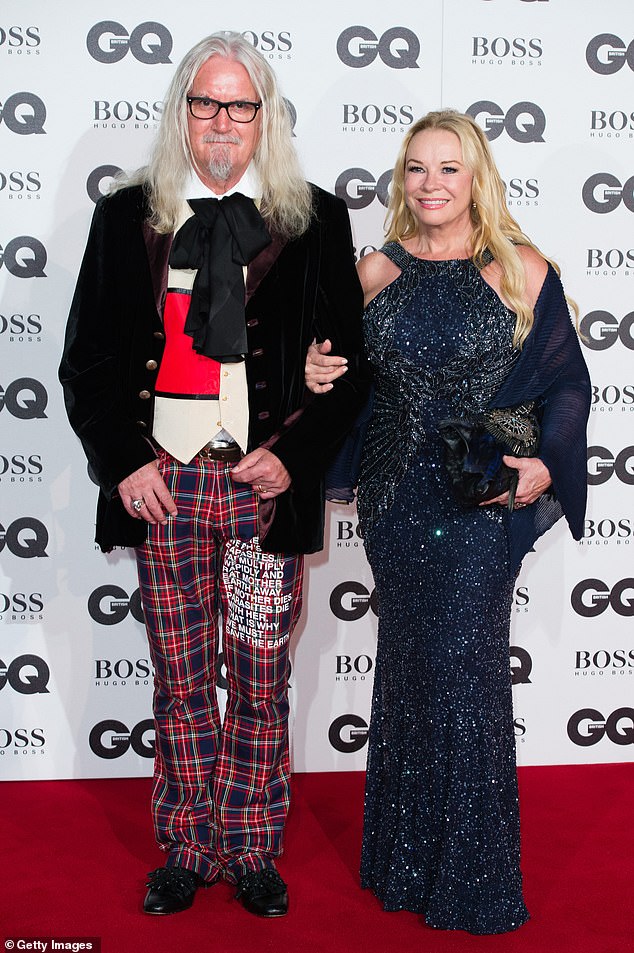 Loved-up: The comedian made the quip in a rare interview with his wife Dr Pamela Stephenson Connolly at their home in Florida (pictured together in 2016)

‘I feel I should be dead. These lifetime things, I feel like they know something that I don’t,’ joked Billy as he hinted the accolade has predicted his demise.

Meanwhile, Billy continues to battle the degenerative disease, Parkinson’s, after being diagnosed in 2013.

When questioned in the candid chat whether his condition presented new challenges for his career, he said: ‘Not really, but the way I think, everything is a new challenge.

‘I hardly prepare, so I turn up unprepared and everything is a new challenge. It keeps your eyes open.’

However, he admitted: ‘The challenges lately have been medical, aye, they’re getting worse.’ 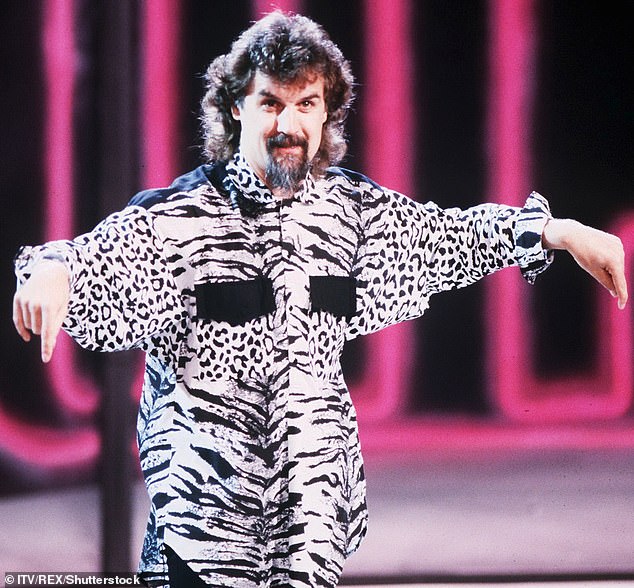 Remarkable: Orphaned by the age of four, and surviving appalling abuse at the hands of his own family, Sir Billy’s life is a remarkable story of success (pictured in 1985)

Born in a tenement flat in Glasgow in 1942, orphaned by the age of four, and a survivor of appalling abuse at the hands of his own family, Sir Billy’s life is a remarkable story of success against all the odds.

The actor found his escape first as an apprentice welder in the shipyards of the River Clyde, later becoming a folk musician with a genuine talent for playing the banjo.

But it was his ability to spin stories, tell jokes and hold an audience in the palm of his hand that truly set him apart. 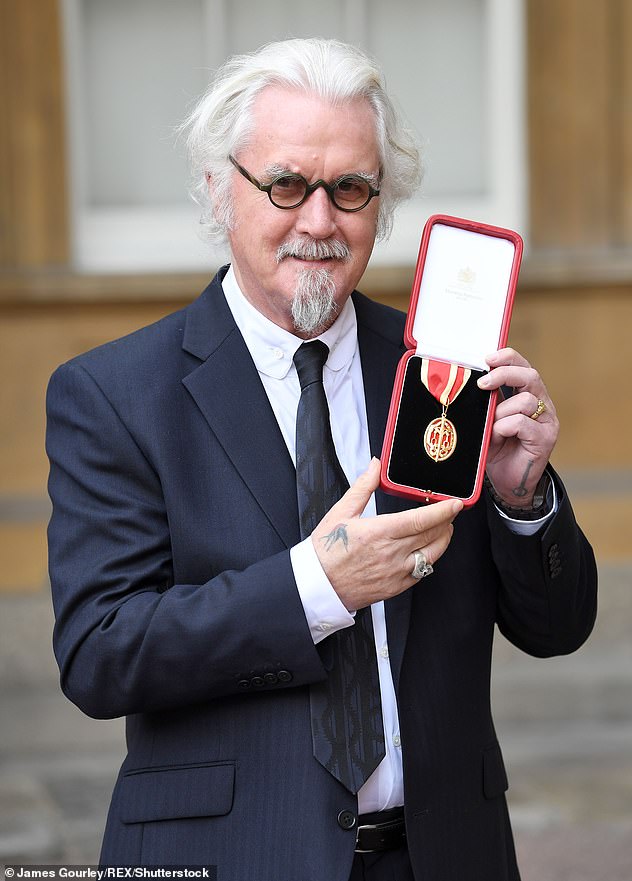 As a young comedian, Sir Billy broke all the rules and was fearless and outspoken. But his stand-up was full of warmth, humility and silliness too.

It was a flamboyant appearance on Michael Parkinson’s chat show in 1975 – and one outrageous story in particular – that catapulted Sir Billy from cult hero to national star.

TV shows, documentaries, international fame and award-winning Hollywood movies followed, and the star was knighted in 2017.

The Scottish comedian met wife Pamela on the set of BBC comedy show Not The Nine O’Clock News in 1970 and they married in 1989.

Since stepping away from stand-up, The Last Samurai star has continued making TV shows, creating extraordinary drawings, and writing.

WHAT IS PARKINSON’S DISEASE?

Parkinson’s disease affects one in 500 people, and around 127,000 people in the UK live with the condition.

It causes muscle stiffness, slowness of movement, tremors, sleep disturbance, chronic fatigue, an impaired quality of life and can lead to severe disability.