Tiger Lily Hutchence, 23, flaunts her sensational bikini body as she cuddles her rocker boyfriend Nick Allbrook at the beach in Perth

Tiger Lily Hutchence and her rocker boyfriend Nick Allbrook looked very much in love as they frolicked around a Perth beach together on Friday.

The 23-year-old and one-time Tame Impala rocker, 32, put on an affectionate display as they soaked up the sun during an outing with pals.

Tiger Lily and Nick were spotted kissing and cuddling together as they stood in the shallows of the water of the stunning beach. 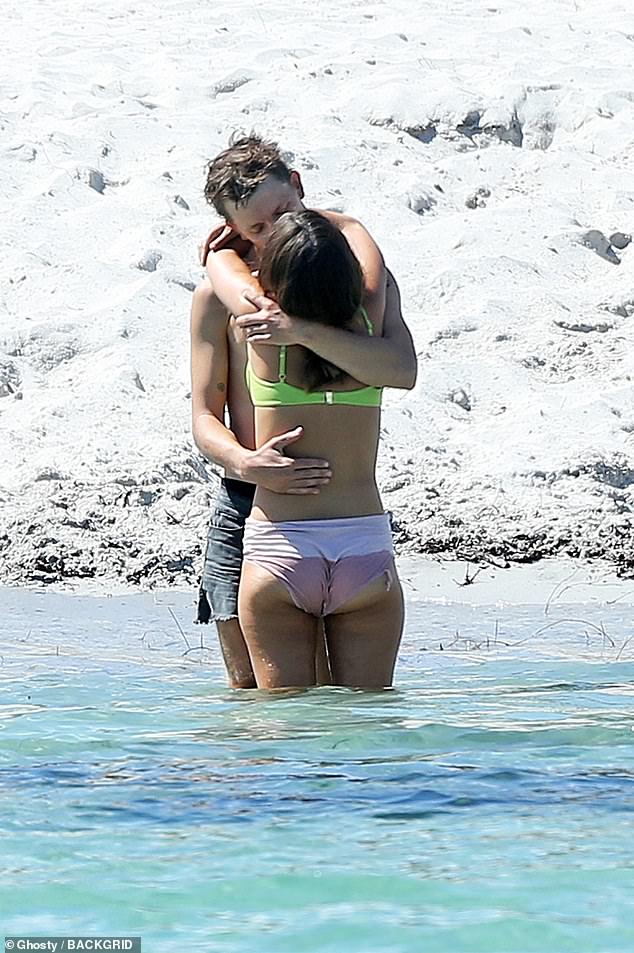 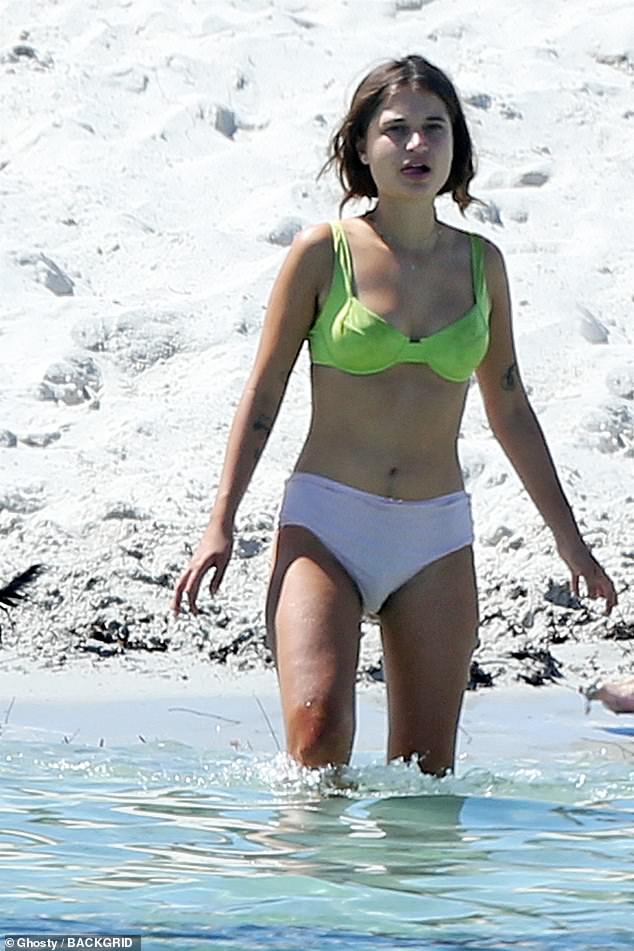 Swim: Tiger Lily stripped down to just her underwear and a skimpy green bra for the dip

Tiger Lily showed off her sensational bikini body as she stripped down to a pair of white and mauve bikini bottoms, along with a fluro green top.

Meanwhile, Nick showcased his muscled physique wearing just a small pair of denim shorts while wading into the water.

Later, Tiger Lily was seen biting into a salad roll with Nick on the sand. 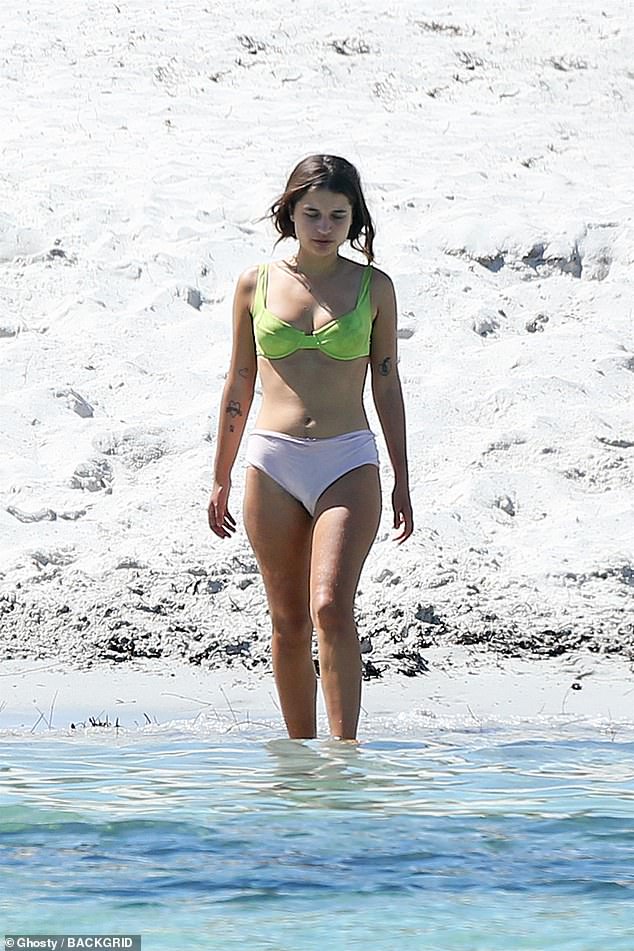 Beauty: Tiger Lily showed off a number of her tattoos as she went for a dip at the Perth beach

Daring: Tiger Lily appeared to be the first in the water while at the beach, with Nick soon following her 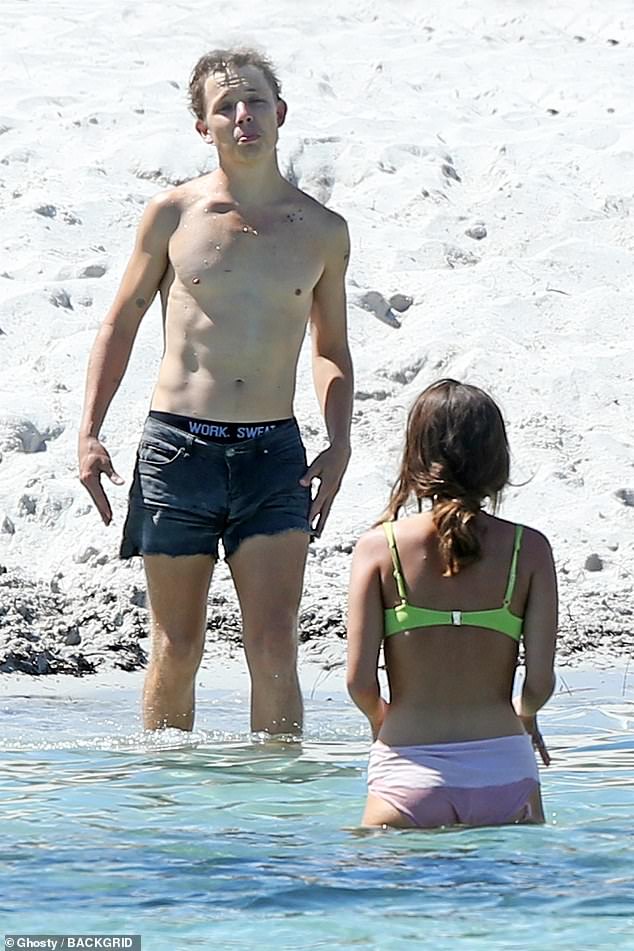 Come on in! Pond frontman Nick followed Tiger Lily in a short time later. He wore a pair of short denim cut-offs before getting in the water 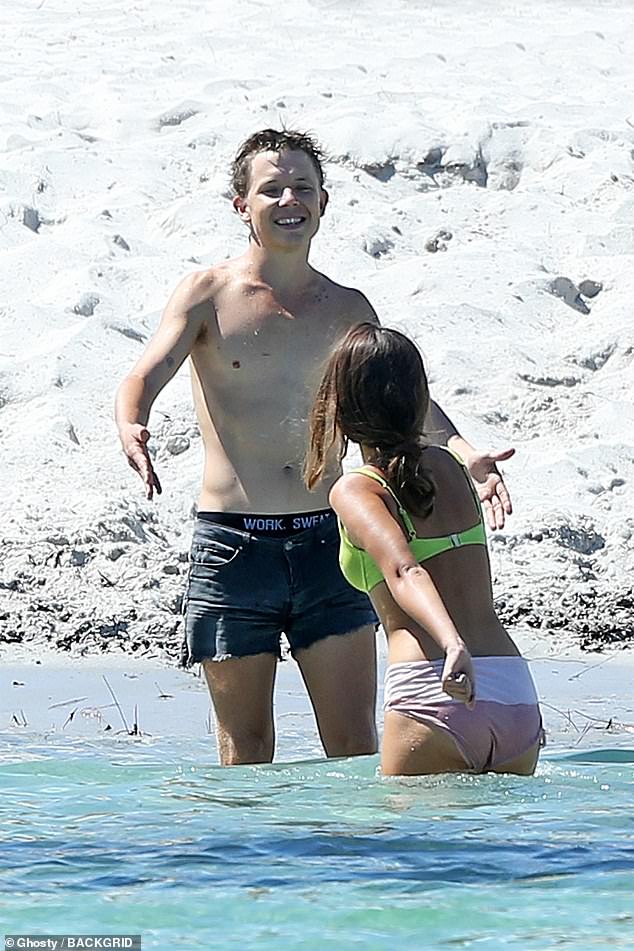 Come on! Tiger Lily appeared to coax her boyfriend into the water

The happy couple looked calm and relaxed and were later joined by two female friends at a secluded part of the beach.

The couple are said to have been dating for two years, and are believed to have settled down together in the city of Fremantle.

Nick, a former bassist in the hit band Tame Impala, is now the frontman of Australian psychedelic rock band Pond. 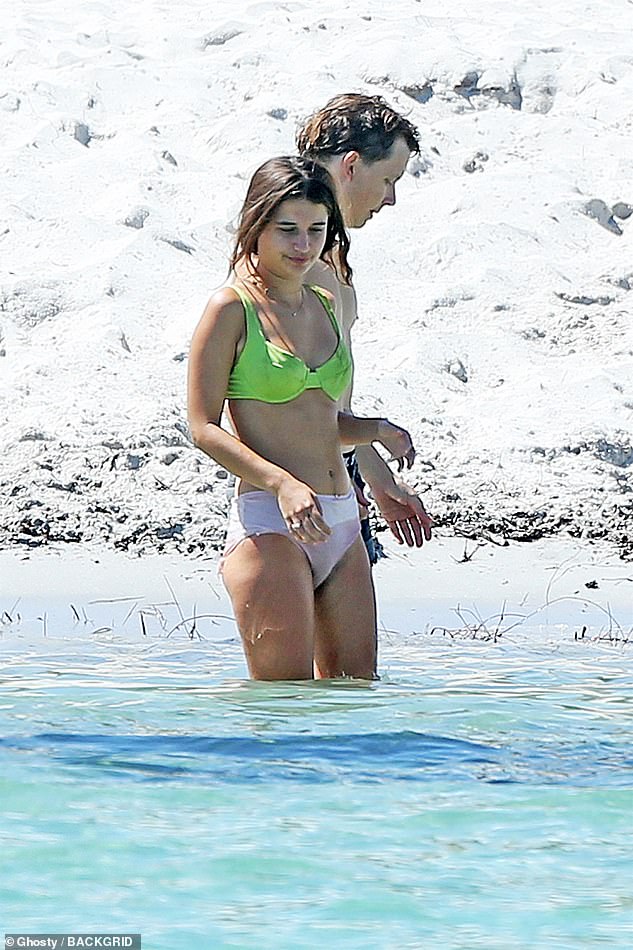 In love! The couple looked loved-up while in the water

All wet! It didn’t take long for the pair to put on a passionate display in the water 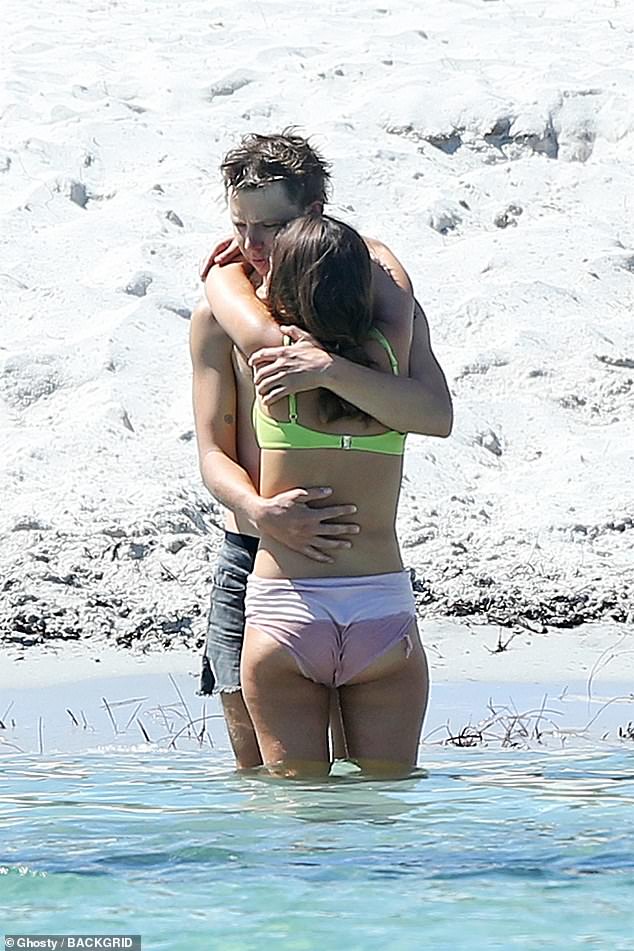 Romance: The pair cuddled as they stood in the shallows of the water

Nick has shared a handful of Instagram photos and a video of Tiger Lily, calling her his ‘dream gal’ in one post.

In 1997, when Tiger Lily was 16 months old, her father, the lead singer of INXS, killed himself in a Sydney hotel room.

Less than three years later, her mother Paula Yates was found dead at her home in West London. 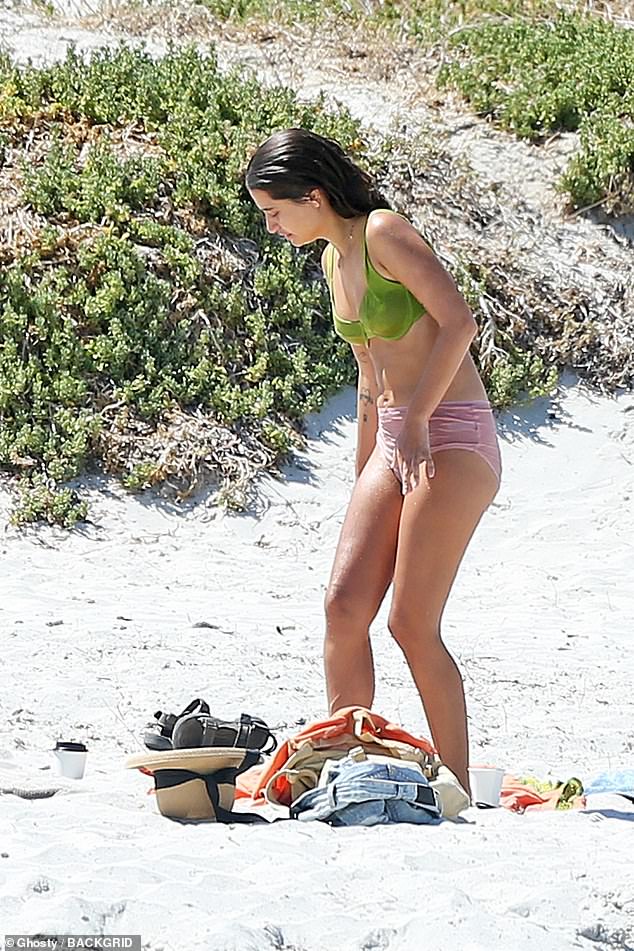 Refreshing: Tiger Lily later emerged from the water after the refreshing dip 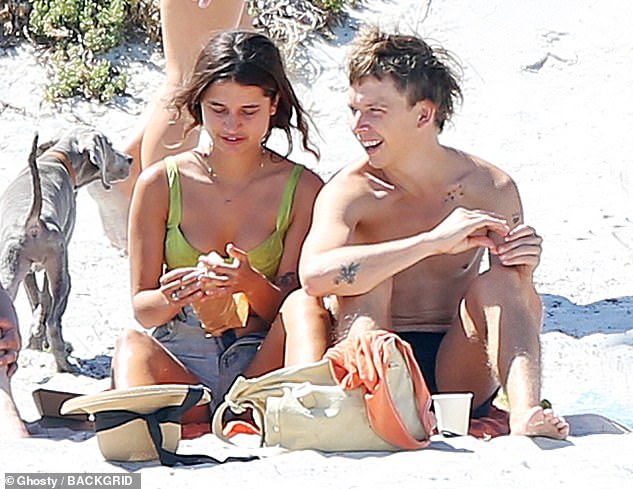 Break: Nick joined her a short time later on the beach 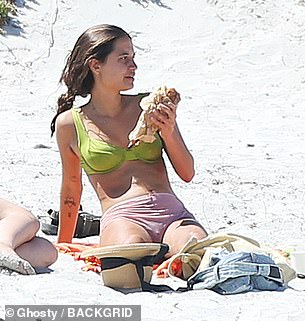 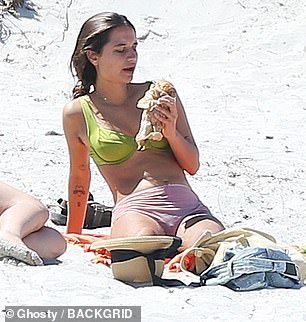 Lunch: Tiger Lily was later seen eating a salad roll at the beach 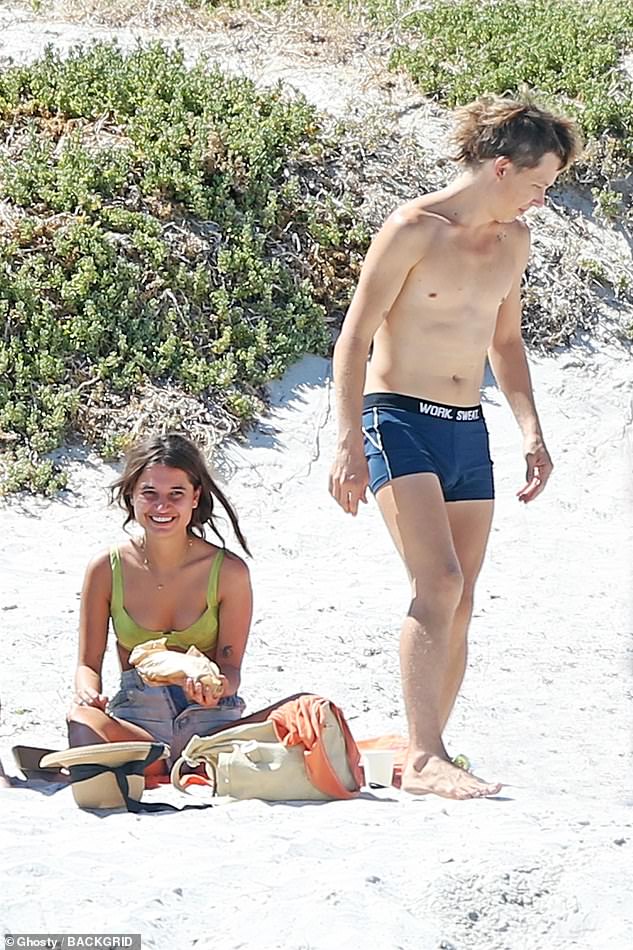 Oh my! Nick was happy to strip down to his underwear during the beach outing

Tiger Lily was raised by her mother’s ex-husband, Sir Bob Geldof, along with her three older sisters, Fifi-Trixibelle, Peaches and Pixie.

Tragically, in 2014, Peaches died of a heroin overdose.

She graduated from university in July, with half-sisters Fifi and Pixie Geldof joining her during a ceremony at Goldsmiths, University of London 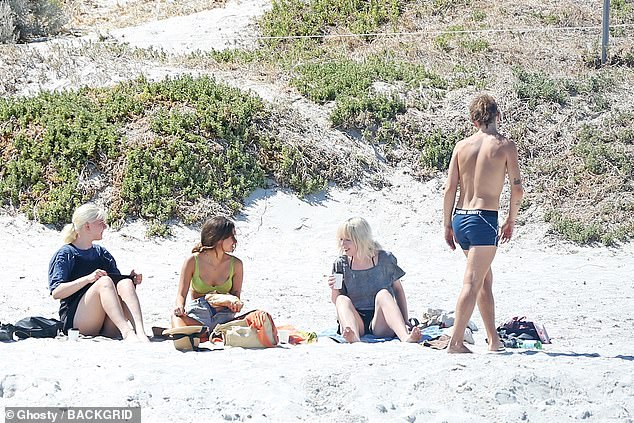 Pals: Tiger Lily and Nick were later joined by two friends at the beach