‘Living my best life’: TOWIE’s Amber Turner turns up the heat as she poses in a strapless lilac bikini while soaking up the sun in her garden

She’s been busy filming scenes for TOWIE ahead of its return October.

And Amber Turner looked sensational as she flaunted her incredible figure while enjoying some downtime in her garden on Friday.

The reality star, 27, sizzled in a strapless lilac bikini as she seductively knelt on a sun lounger, declaring to her Instagram followers that she was ‘living my best life.’ 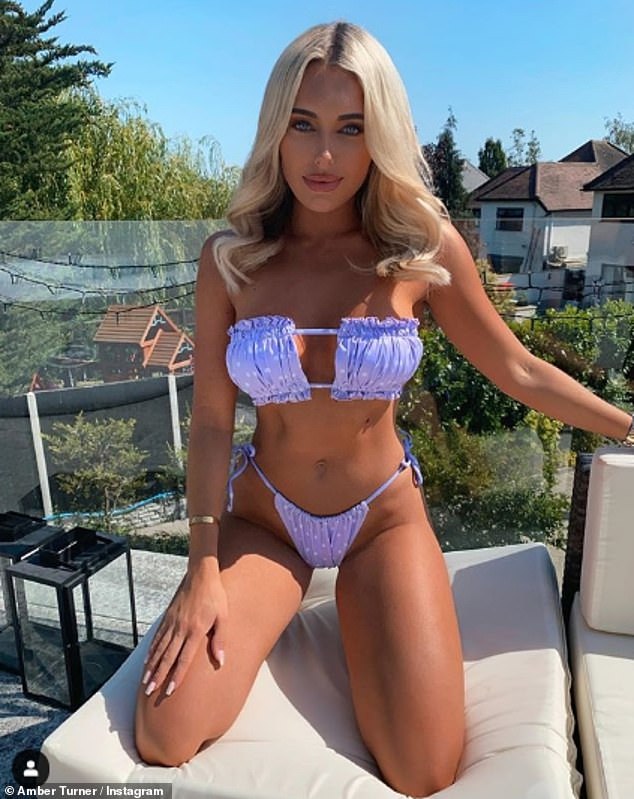 Scorching! Amber Turner, 27, sizzled as she soaked up the sun in a strapless lilac bikini while enjoying some downtime in her garden on Friday

Despite the sweltering heat, Amber ensured her make-up was applied to perfection, while her blonde locked were styled into a voluminous waves.

Captioning the show-stopping snap, Amber penned: ‘Living my best life on the balcony in this glorious British weather.’

Sunny days: Captioning the showstopping snap, Amber penned: ‘Living my best life on the balcony in this glorious British weather’

Amber was without beau Dan Edgar, with the couple being stronger than ever after spending lockdown together.

Amber and Dan reunited their on-off relationship in May last year after a brief split which saw the Lothario pursue a relationship with his co-star Chloe Sims, 37.

The blonde beauty previously talked about how Dan has become a ‘changed man’ since they gave their romance another go.

Meanwhile, as TOWIE celebrates its 10th birthday, it’s been hinted that many of the show’s former stars could return for a guest appearance, including Mark Wright and Lauren Goodger.

TOWIE halted filming in March and joined a long list of shows which have been affected by the coronavirus pandemic. 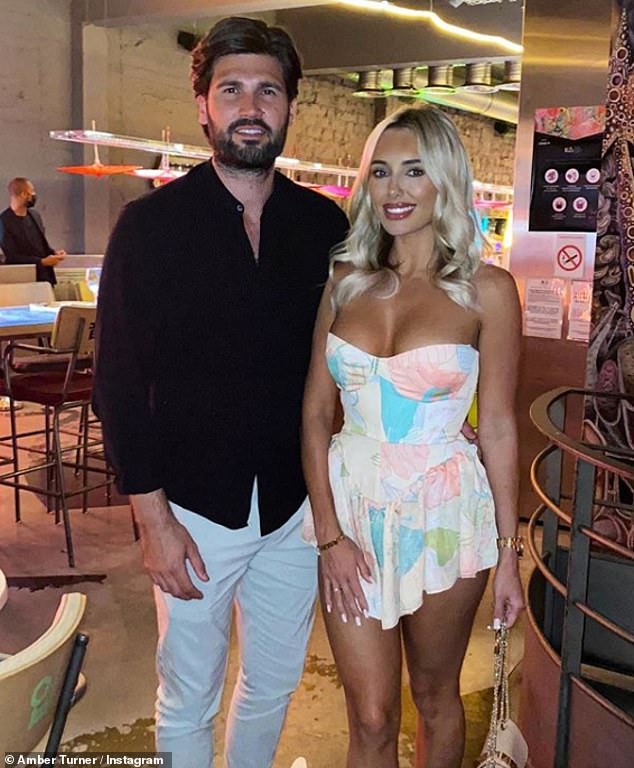 Loved up: Amber was without beau Dan Edgar, with the couple being stronger than ever after spending lockdown together

Show bosses were hoping to continue with filming the new series which was due to begin production later that month.

However, according to The Sun, ITV decided to delay production on the reality show due to COVID-19, with the hope filming could resume later this year.

A source told the publication: ‘There have been lengthy discussions with the cast, and it just wouldn’t have worked without a busy social scene and going to clubs and their shops.

‘So bosses have decided to wait until later in the year when the crisis has calmed down a bit. It’s not worth the risk.

‘TOWIE relies on signature set pieces and glossy events, set in glamorous locations around Essex and involves a big cast of regulars and extras. It’s also all about friendships and relationships, so the social lives of our cast members are at the heart of the show.’

An ITV spokesperson said: ‘After much consideration, it has been decided that the upcoming series of The Only Way Is Essex will be postponed until later in the year.’ 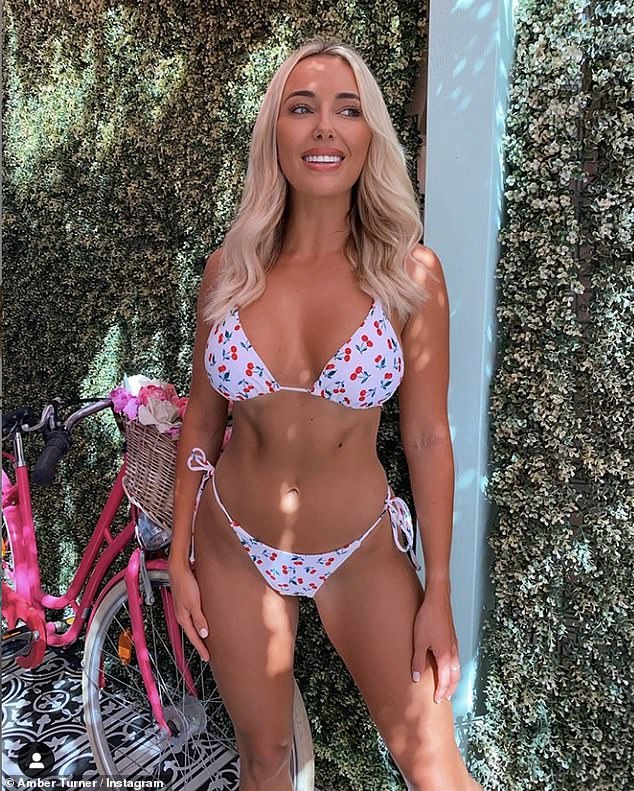 Back at it: Amber busy filming scenes for TOWIE ahead of its return October, with the ITVBe show celebrating its 10th anniversary this year