A pioneer for women in radio: Tributes pour in for DJ Janice Long, the first regular female presenter of Top of the Pops, after her death at 66 after a ‘short illness’

The 66-year-old, who was the first woman to regularly present Top of the Pops, enjoyed a 40-year career in broadcasting, hosting shows on television and radio.

Brought up in Liverpool, Miss Long – the older sister of late children’s television presenter Keith Chegwin – started out as a radio assistant on BBC Radio Merseyside in 1979.

She went on to work at the BBC’s flagship stations including Radio 1, where she was also the first woman to have her own regular daily show.

She championed future stars including The Smiths, Frankie Goes To Hollywood, Primal Scream, Adele and Amy Winehouse and was one of the main presenters of the Live Aid charity concert in 1985. 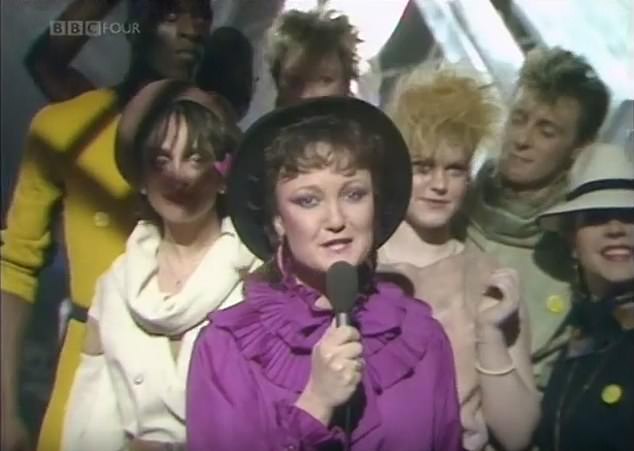 Musician Midge Ure said on Twitter: ‘Dreadful news. Janice stood with us on the pitch at Wembley Stadium as we announced Live Aid. A broadcast legend and absolute music lover.’

Frankie Goes To Hollywood said she was the first broadcaster to interview them on the radio and to play the demo of their hit Relax, adding: ‘Always had our back. Condolences to her family and loved ones’.

Miss Long’s agent Nigel Forsyth said in a statement that the married mother of-two died at home on Christmas Day.

‘Janice was a wonderful, warm human being and exceptional broadcaster,’ he said.

‘She told a brilliant story and always made you roar with laughter with her sharp wit. She will leave behind her husband Paul and two children, whom she thought the world of.

‘Janice wanted it known she was so thankful to the NHS and all who looked after her there,’ he added. Miss Long most recently worked at BBC Radio Wales, where she had hosted her own evening show since 2017. Broadcast family: Long pictured with her brother Keith Chegwin, who was also involved in radio as well as television presenting and acting

BBC director-general Tim Davie said the ‘stellar presenter’ was ‘loved and respected across the industry’. He added: ‘Her passing is a huge loss to music, broadcasting and the BBC.’

Mr Davie, Radio 2 DJ Jo Whiley and presenter Carol Vorderman described her as a ‘trailblazer’ for women in broadcasting.

During her career she was also a patron of Sir Paul McCartney’s ‘fame’ school in her home city, the Liverpool Institute for Performing Arts, and a judge of the Mercury Music Awards.

Liverpudlian Pete Wylie of the Mighty Wah! said: ‘The best friend a boy could have – 40 years! We said our goodbyes on Thursday but she’ll never be far from here. An absolute pro, dedicated to the music she loved and championed, but smart, kind, funny, generous. I love you mate. Friends forever.’ 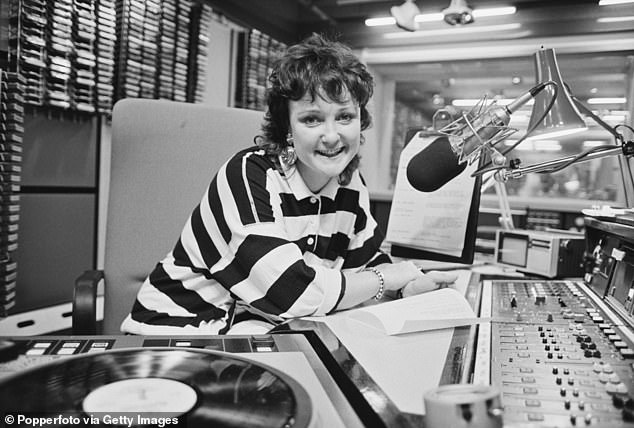 Long career: During a 40-year career, Long hosted shows across flagship BBC stations including Radio 1, as well as the breakfast show on Greater London Radio and XFM. Pictured in 1985

Ian McCulloch, of Liverpool band Echo and the Bunnymen, described her as a ‘Liverpool legend and dear friend’. He added: ‘I am so sad to hear the devastating news of her passing.’

Comedian Les Dennis said he would ‘miss our chats’, adding that Miss Long was a ‘shining and innovative talent’.

Tim Burgess, from band The Charlatans, praised her support of fledgling bands, describing her as a ‘mentor’.

He added: ‘To hear our records on her show was always the biggest thrill – her enthusiasm and love shone through. One of a kind. Safe travels, we’ll miss ya.’

Merseyside band The Coral said: ‘She was great to us and like the best broadcasters, talking to her was always easy, like catching up with a friend. RIP Janice.’

Peter Hook, of Joy Division and New Order, also paid tribute, saying she was ‘always a great friend and a great supporter of our music… she was a lovely lady and a pleasure to be around’.