“I can’t stop calling him my fiancé,” the reality star, 28, told Us. “My face hurts from smiling! I just can’t believe I get to have this man forever. I’m the luckiest girl in the world.”

Kent shared the big news on Instagram on Saturday, September 1, with a series of photos of herself with her love that show the pair kissing and reveal her massive round diamond engagement ring from Richie Rich the jeweler.

“Last night was the best night of my entire life,” she wrote. “I got engaged to the man of my dreams. I get to call this amazing human my fiancé! An engagement last night, my birthday today, and every sign my dad could possibly send me to let me know he’s here. I’m the happiest girl in the world. @randallemmettfilms” 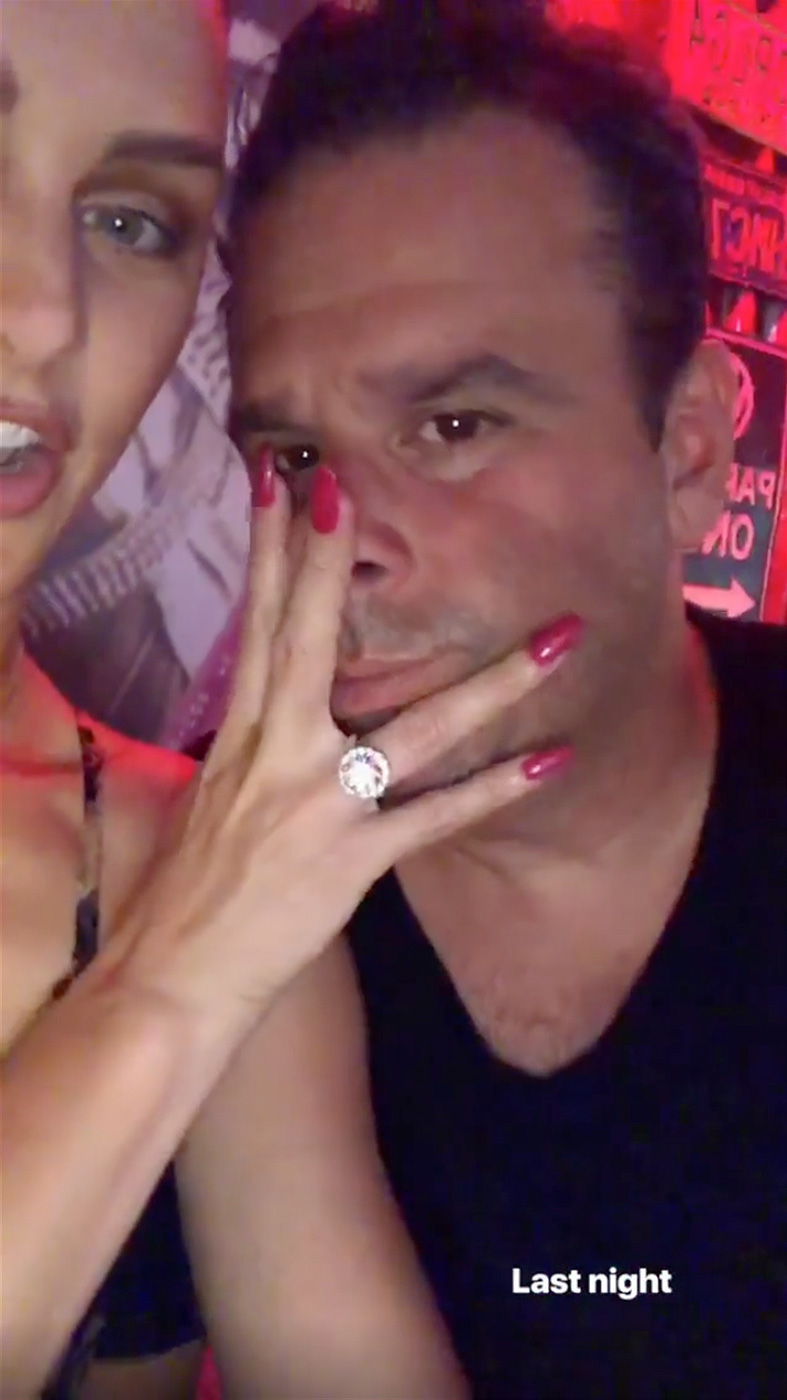 The proposal took place at the Bravo star’s birthday celebration in Cabo San Lucas, Mexico. “She had no idea it was going to happen!” a source tells Us.

The source says that Emmett, 47, surprised his bride-to-be with a reel of her favorite show, Friends, that cut into a montage showing photos of their life together as well as photos of her, his parents, her mother, Lisa, and her late father, Kent Burningham, who died in April.

At the end of the clip, the video showed a message reading, “Lala I love you now and forever” with a series of prolonged periods. When she turned around, Emmett was on one knee.

Lala admitted in June that Emmett had asked Burningham for his blessing before his death. “My mom told me that Ran had asked my dad for my hand before he passed away over the phone,” she said during a June 22 appearance on SiriusXM’s The Jenny McCarthy Show.

She also admitted to Us in July that she had looked at engagement rings with Emmett, saying, “We have, yeah. I mean, it’s fun. I’m a chick, so of course I’m naturally gonna look at rings online and of course I’m looking at a lot of carats but, you know, who knows? I know it sounds so cheesy. I’m totally a cornball right now.”

She also said that she would be happy with any proposal she got from Emmett, adding, “He could ask me in the McDonald’s drive-through and I’d be like, ‘Oh, my gosh, this is the best.”

Don’t expect them to rush down the aisle, however: “We’re in no rush,” Kent said at the time. “We’re in such a great place. I just lost my dad about three months ago so we’re kind of going through the transition of having a family member not a part of the family anymore on the right day … Even if [Randall] said, ‘Let’s wait a year,’ I’m still here. I’m totally in a great place.”

The couple went public with their romance in December 2017 after months of speculation over their relationship.