Crystal heiress Victoria Swarovski, 26, wears a tiny string bikini as she cuddles up to husband Werner Murz on luxury yacht in Ibiza

Crystal heiress Victoria Swarovski was pictured wearing another stunning bikini while on a luxury yacht in Ibiza on Monday.

The Austrian singer, 26, wore a brown string two-piece which had red-edging as she joined her property developer husband Werner Murz,thought to be in his 40s.

The Let’s Dance host Victoria cuddled up to her husband of three years as he slipped out of his wetsuit after enjoying a dip in the sea. 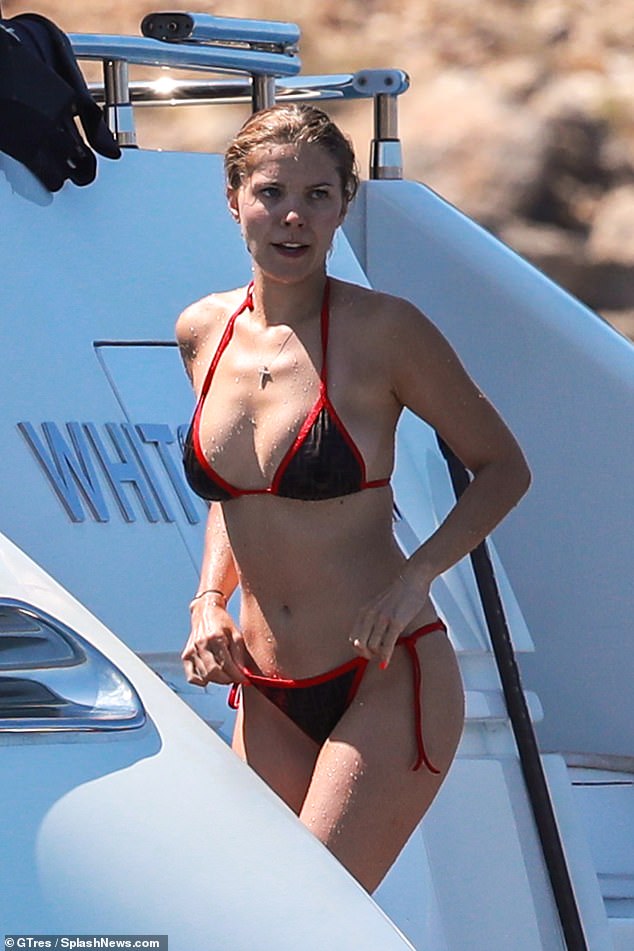 That’s one way to shine: Crystal heiress Victoria Swarovski, 26, wore a tiny string bikini on board a luxury yacht in Ibiza on Monday 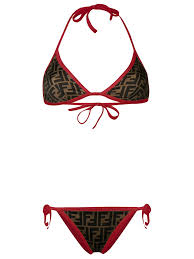 The German dressage rider looked incredible wearing a white bikini as she caught the sun on the boat – her goalkeeper husband was not pictured on the day.

Victoria famously married Werner in Italy in 2017, wearing a 46kg custom-made gown that she designed herself with the help of Dubai-based designer, Michael Cinco. 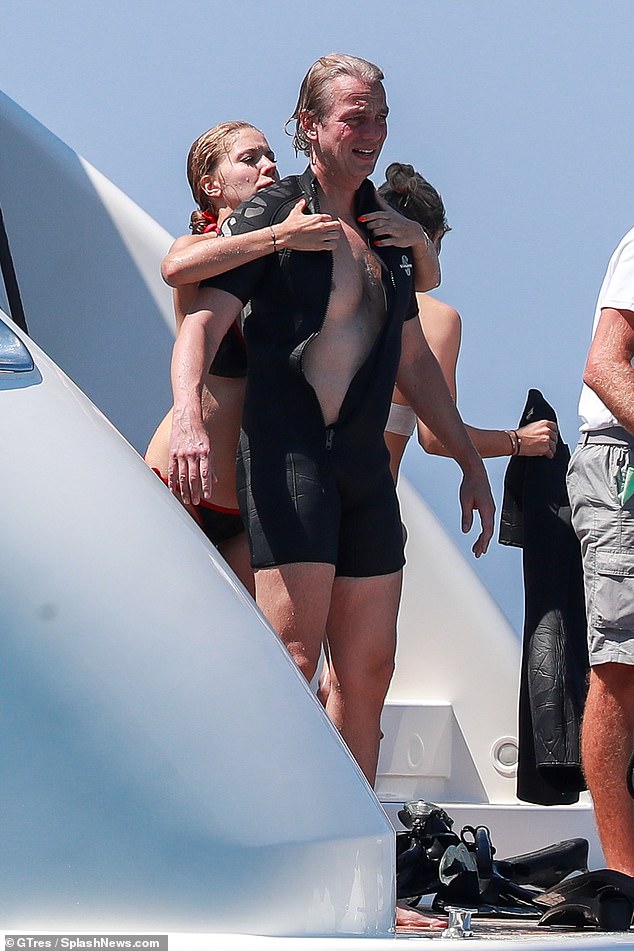 Her love: The Let’s Dance host Victoria cuddled up to her husband of three years Werner Murz as he slipped out of his wetsuit after enjoying a dip in the sea 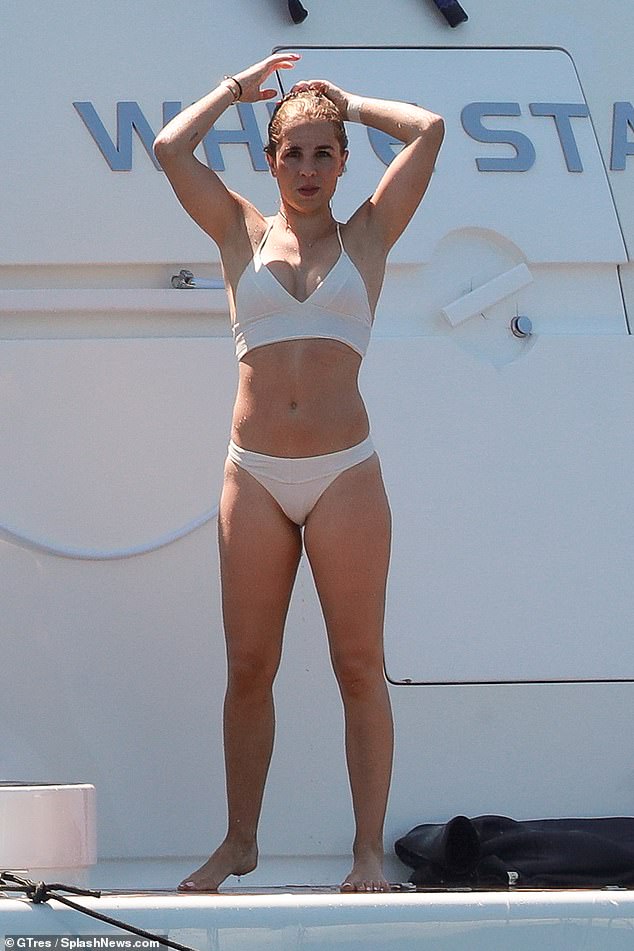 The gown reportedly cost more than £700,000 and came embellished with 500,000 Swarovski crystals, paillete and laser-cut flowers.

The couple, who met in 2010, said their vows in the Cathedral of San Giusto in front of 250 of their closest friends and family.

They stretched the festivities over three days in the Italian sun with three outfit changes for the bride. 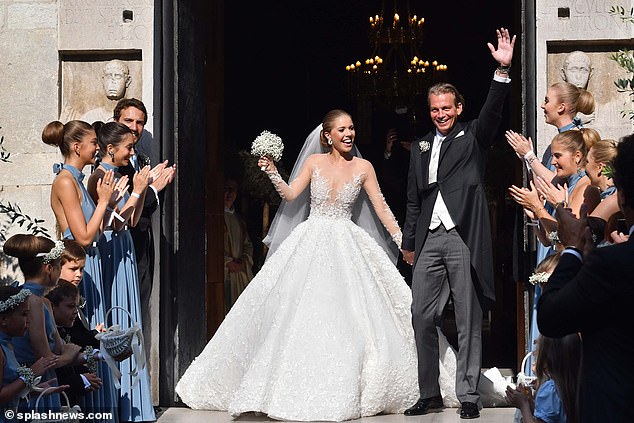 Incredible: Victoria wed Werner in a glittering wedding over in Trieste, Italy in June 2017

Victoria, who was born in Innsbruck, Austria and famously sang the theme song of The Chronicles Of Narnia: The Voyage Of The Dawn Treader.

She also won the German version of Strictly in 2016, was walked down the aisle by her father, Paul Swarovski, who works for the family’s crystal company along with hundreds of his family members.

The venue was, of course, decorated with thousands of Swarovski crystals by event designer Sabine Königsberger. 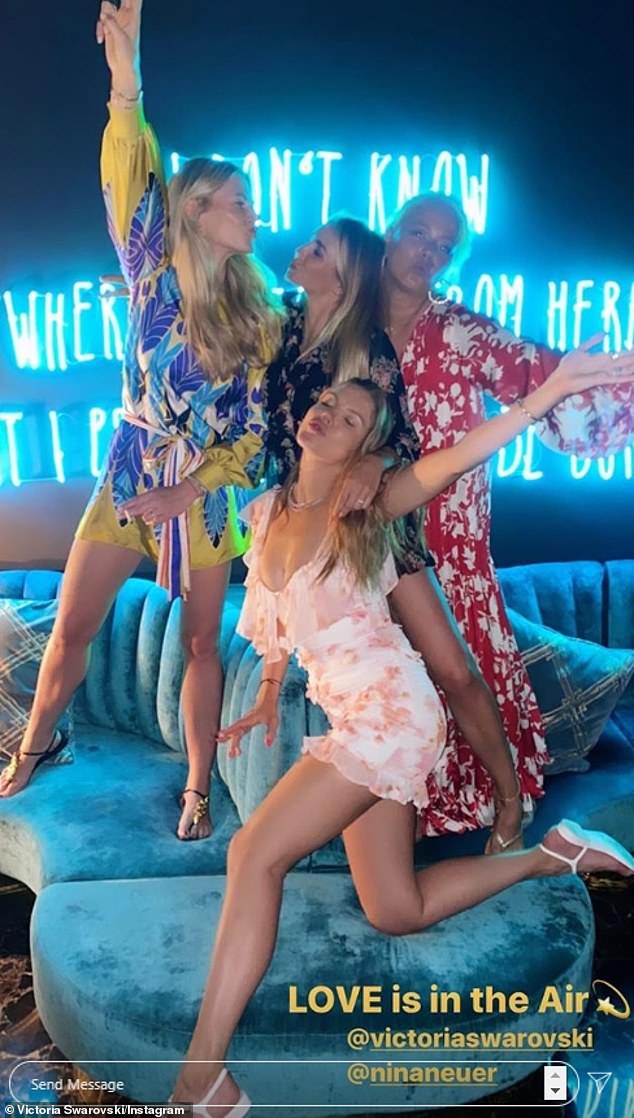 Loving life: Victoria shared this picture of herself partying with her girl pals on Instagram on Monday evening