Vince Vaughn defends shaking hands with Donald Trump earlier this year: ‘I’ve met a lot of politicians who I’ve always been cordial to’

Vince Vaughn defended his handshake and conversation with President Donald Trump earlier this year in an interview with the Los Angeles Times on Friday.

The 50-year-old Wedding Crashers star claimed he had ‘always been cordial to’ multiple politicians in the past, even figures on the left. 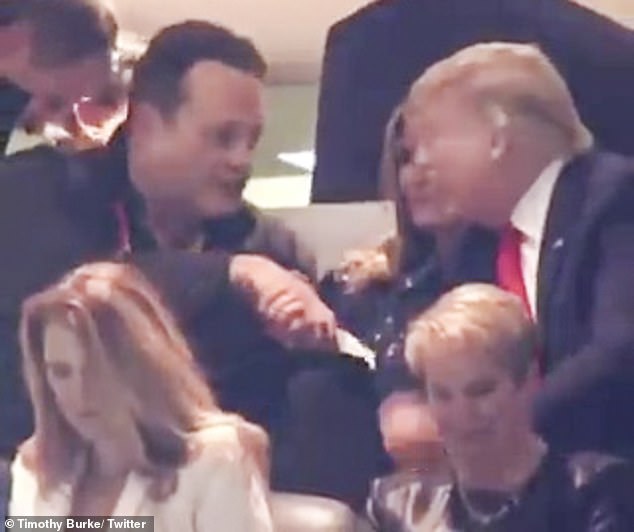 Nothing to see here: Vince Vaughn, 50, defended himself for shaking hands with Donald Trump at a college football game in January in a Los Angeles Times interview from Friday

Vaughn left some of his fans disappointed after a video of him surfaced in January showing him chatting with the president and First Lady Melania Trump at the college football national championship game between LSU and Clemson.

The two talked briefly before the actor shook Trump’s hand, and then he waved at some of the president’s entourage as he stood up to leave.

Timothy Burke shared the video on Twitter, captioning it: ‘I’m very sorry to have to share this video with you. All of it, every part of it.’

But Vaughn said the video showed him being polite and didn’t imply an endorsement of the Republican.

‘In my career I’ve met a lot of politicians who I’ve always been cordial to; I’ve met Nancy Pelosi and was cordial to her as well,’ he said of the Democratic Speaker of the House. 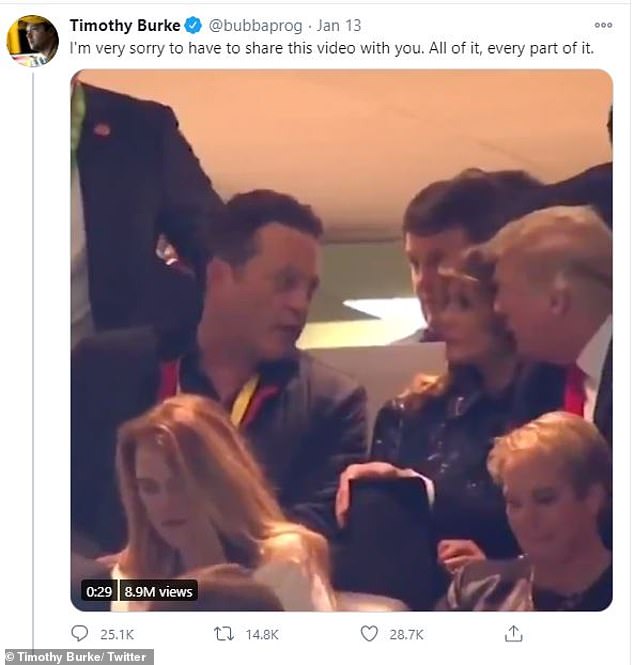 Friendly guy: Vaughn said the video showed him being polite and didn’t imply an endorsement of the Republican. He said he’d ‘always been cordial’ to politicians, even Nancy Pelosi 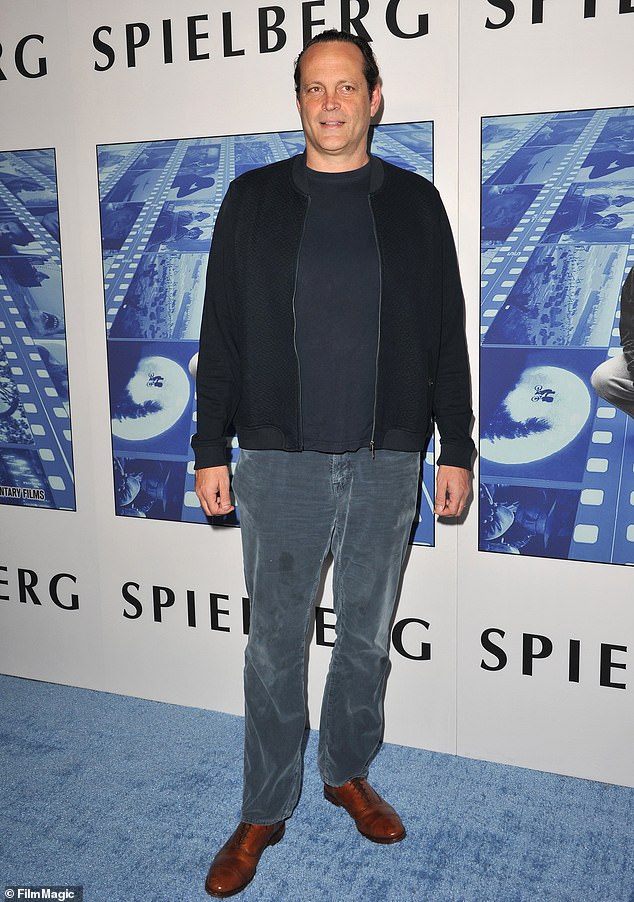 Both sides: Vaughn added that he also talked to Democratic strategist James Carville at the game. ‘He was very personable,’ he said, adding with a laugh, ‘I didn’t get into policies’

As evidence, Vaughn added that he greeted the Democratic strategist James Carville, who had a cameo in Wedding Crashers, at the same game.

‘It was the only time I’ve ever met him. We said hello. He was very personable,’ he said, adding with a laugh, ‘I didn’t get into policies.’

The True Detective star continued, ascribing much of the outrage to a minority of people online.

‘I think people are more charged than ever about these things,’ he continued. ‘But I don’t think most people take that stuff as seriously as the small percentage that’s making noise about it.

‘I was raised with the idea that you could have different likes and beliefs and you should respect and defend that in other people, not shout it down. The people you disagree with the most, you should stand up for their right to do that.’ 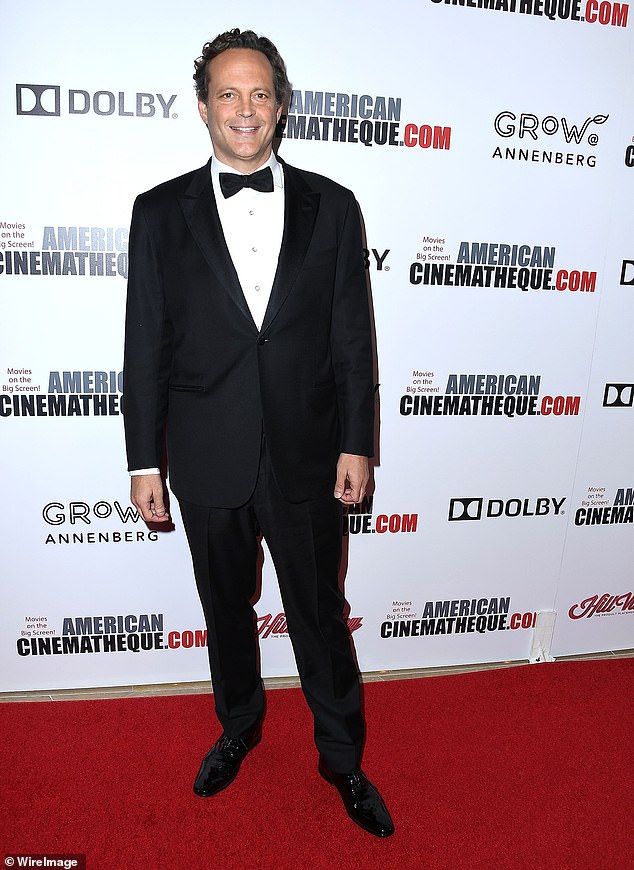 Open minded: ‘I was raised with the idea that you could have different likes and beliefs and you should respect and defend that in other people, not shout it down,’ he continued; shown in 2017

Vaughn also clarified that he wasn’t a supporter of Trump, as he identifies with Libertarians.

‘The only candidate I ever supported is Ron Paul,’ he said. Paul was the Libertarian party nominee in 1988 and competed in the Republican primaries in 2008 and 2012.

‘I don’t have a party that I support and endorse. In fact, for me sometimes it’s difficult to find a candidate that you feel is philosophically consistent and not just going along with whoever is funding their particular party. That’s as much as I’ll get into it at this point.’

In the 2016 race, Vaughn supported Rand Paul, the Libertarian-leaning Republican senator from Kentucky and son of Ron Paul. 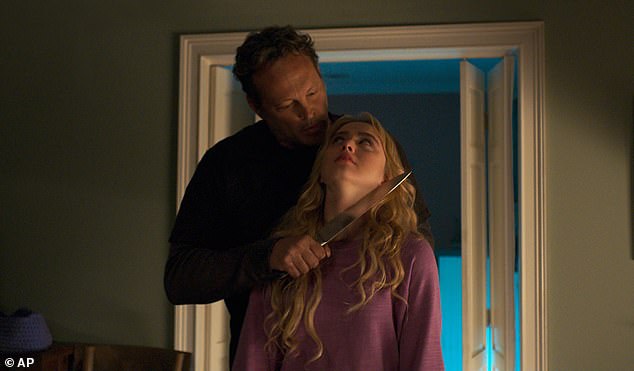 Spooky: Vaughn’s newest project is a horror–comedy update on Freaky Friday, titled Freaky. He plays a serial killer who switches bodies with his would-be victim, a high school girl; still from Freaky

He stars as a serial killer known as the Blissfield Butcher who massacres a group of high school students.

After stealing an ancient dagger from a museum, he stabs a high school girl (Big Little Lies’ Kathryn Newton) who survives, but the two wake up to find that they’ve switched bodies the following day, Friday the 13th.

The film has garnered Vaughn some of his best reviews in recent years following its November 13 release in theaters, even though many are closed due to the pandemic and others are likely to close as some states go back into lockdown to combat the coronavirus.

Freaky will be released digitally on November 30. 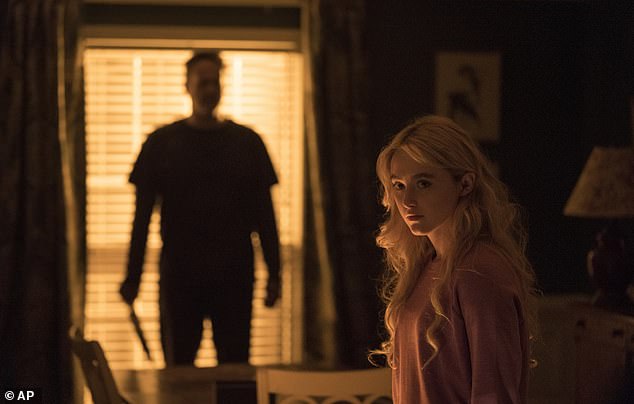 Coming soon: The film was released in theaters Friday and earned Vaughn some of his best reviews in years. Freaky will be released digitally on November 30; still from Freaky