Irish TV presenter Vogue Williams, 34, and Spencer Matthews, 31, welcomed a second arrival two years after they tied the knot in the ‘Made in Chelsea’ star’s Scottish estate. They met during her divorce from Westlife singer Bryan McFadden on Channel 4’s ‘The Jump’ in 2017. They kept their daughter away from the public eye until a recent photoshoot to reveal Gigi Margaux in HELLO! magazine, two weeks after Vogue gave birth. Unearthed accounts from the couple’s relationship show they may not stop there and former “lothario” Spencer made touching confessions about how fatherhood changed his life.

While the couple appear a happy picturesque family today, in the past their relationship was marred with doubts over the reality TV star’s flings of the past – which were said to have exceeded one thousand.

Seven months into their courtship, Vogue was forced to address the concerns and boldly stated that her beau’s previous relationships wouldn’t curse their future.

She told You magazine in 2017: “Whatever he did in the past is not going to bother me or affect us.

“I just know him for who he is now. He’s so positive and down-to-earth, and the most chilled-out person you could ever meet – nothing fazes him.”

Despite public scrutiny over their chance at a lengthy relationship, they married the following year and welcomed first son Theodore that September.

Following the birth he told Metro: “Obviously having a son, your priorities fall into order and you’re no longer the most important thing in your life.

“Vogue was more important to me than myself before Theodore, but now I’ve got him as well I feel as though I’m able to prioritise things better, think clearer as to what really matters.”

Spencer claimed that there was “nothing more satisfying” than a “happy home and loving supportive family”, which he felt “very lucky” to savour. 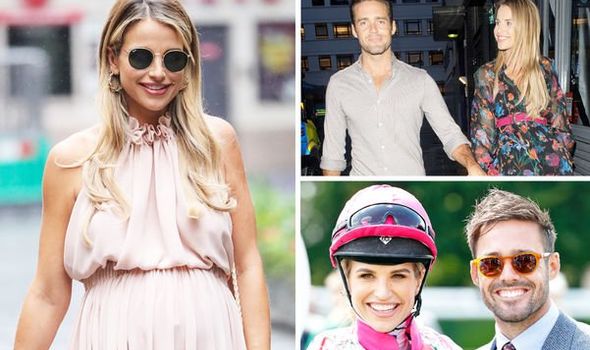 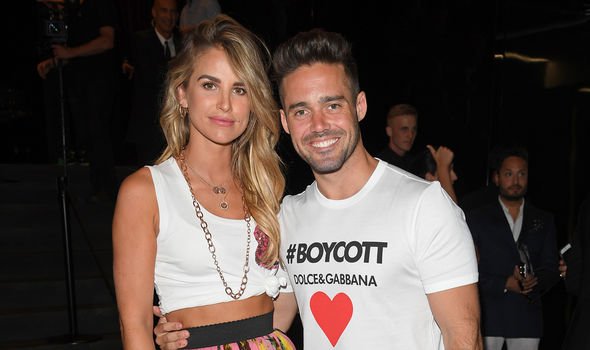 He gushed about being unable to “imagine life without” his son and that fatherhood was an “absolute joy” – before he hinted at the couple’s plans to have more children.

Spencer added: “I can’t wait for baby number two. We don’t have a set date on when we’re going to try but we like a large family and both love children. We’ll see how things go.”

Their second arrival came in July this year but while pregnant last year, Vogue joked about an even more sizable brood than previously stated, claiming she “wanted seven”.

Spencer seemed less certain of her hope for a daughter – only to later be proven wrong – when he said in 2019: “I only breed men! It will be a little boy.

“I hope it’s a little boy so we can recycle Theodore’s extensive wardrobe. He has more clothes than I do!”

In an emotional confession, he revealed he was glad to be done with his previous life and appreciated the family values. 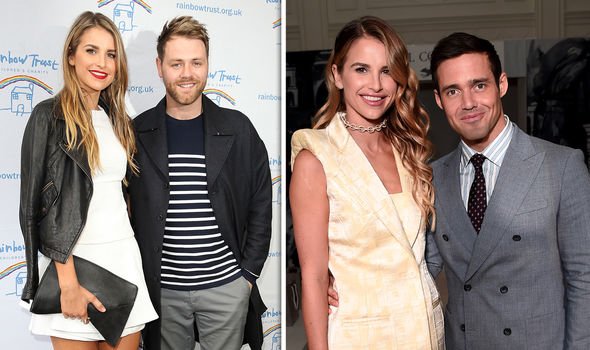 Spencer said: “As you get older you begin to notice qualities in people and there’s nothing more attractive than being a great mother.

“To me, my mother genuinely is perfect and Vogue is a similar representation of what Theodore will have.”

This week, the couple revealed they had named their daughter Gigi Margaux – the second half of her name stemmed from Spencer liking the way it was spelled: “The French way, like the wine!”

In the HELLO! magazine interview, Vogue added: “When we were discussing names I thought, ‘I want to want her name’, and I do, I just love it. I wish I was called it myself.

“We decided on it ages ago and as soon as we saw her, we knew it suited her. She is so perfect. I am obsessed with her.”

Spencer claimed the birth was a “wonderful moment” he would “treasure” and that the “whole thing was alarmingly unstressful” – bizarrely he claimed: “It felt like I was going out to get a coffee!”