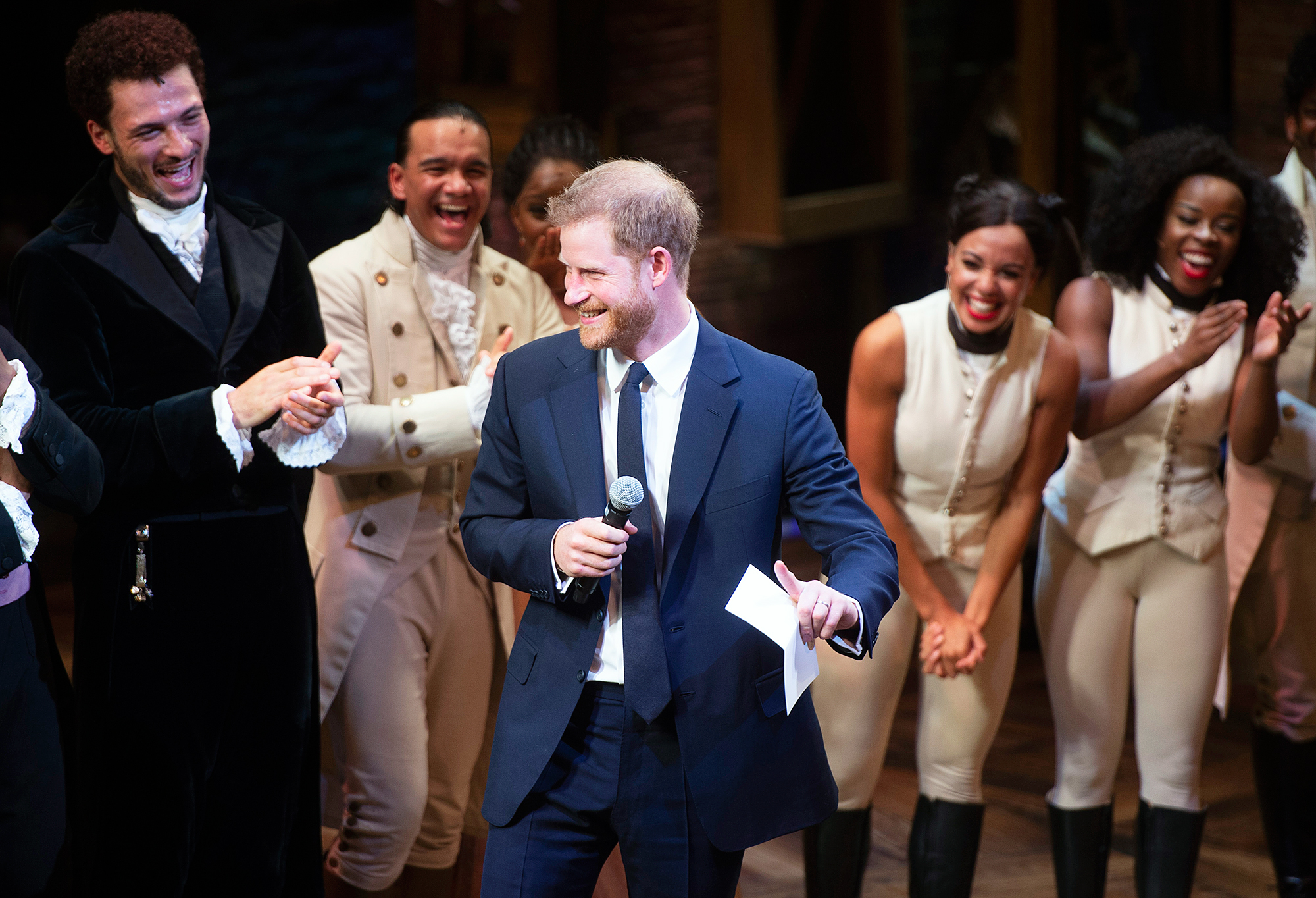 Prince Harry is a Hamilton pro! The British royal briefly sang a line from “You’ll Be Back” on stage while attending a special performance of the musical on London’s West End with Duchess Meghan on Wednesday, August 29.

Harry, 33, took the stage at the Victoria Palace Theatre after the show to thank the cast and crew for helping to raise awareness and funds for his charity Sentebale, which supports the mental health and well-being of children affected by HIV and AIDS in Botswana and Lesotho. 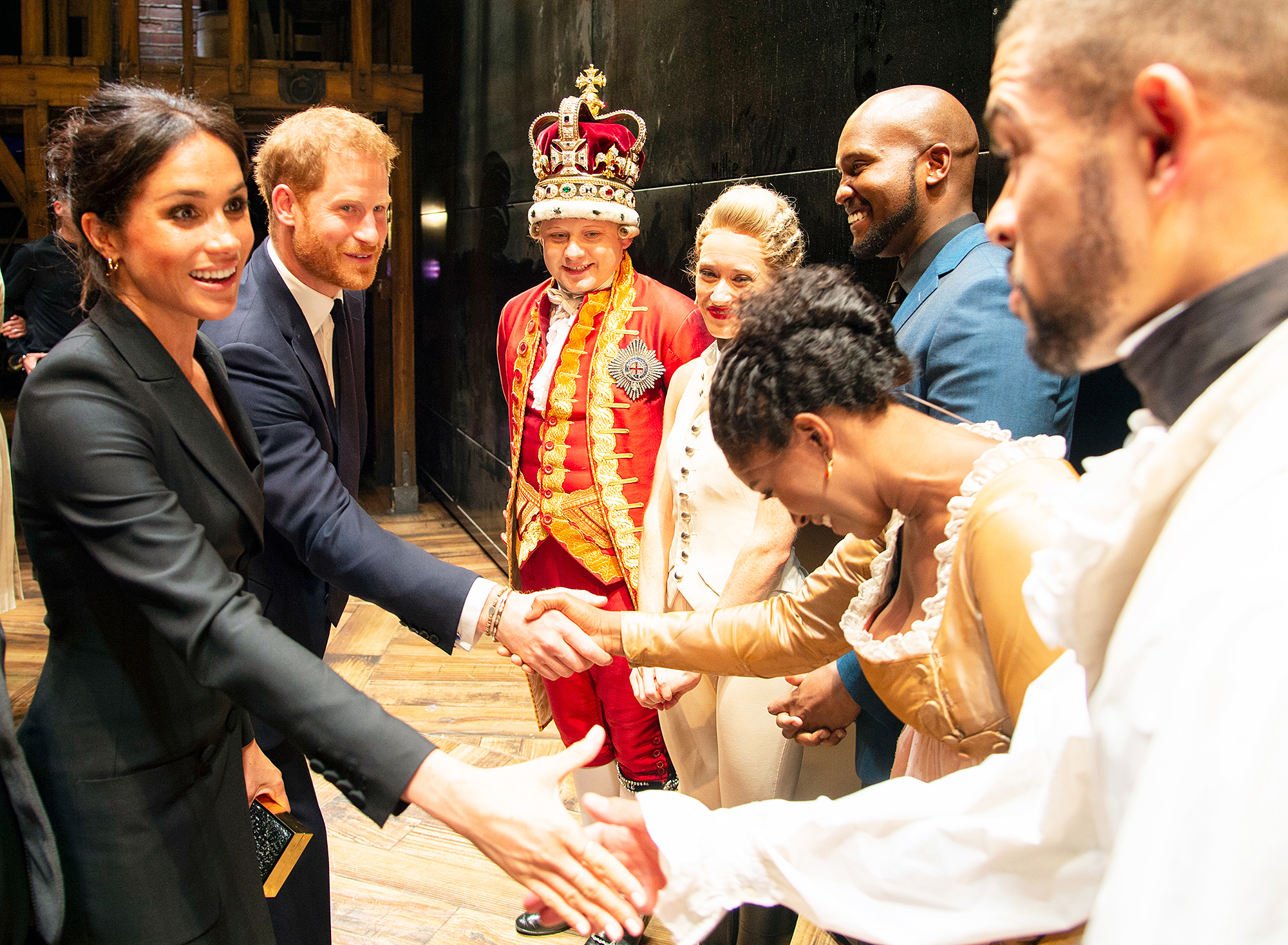 During his speech, which Kensington Palace tweeted a video of, the prince sang the lyric “You say …” before the audience began cheering and applauding. (“You’ll Be Back” is originally performed by the character of King George III, Harry’s real-life sixth great-grandfather.) Hamilton creator Lin-Manuel Miranda was equally excited as he stomped his left foot on stage.

“That’s definitely not going to happen,” Harry added with a laugh. “[Miranda] did try, but I said, ‘No.’”

Miranda, 38, later told the crowd that he wrote the king’s role during his honeymoon with wife Vanessa Nadal. “Smash cut to 2018, I’m sitting next to his sixth great-grandson,” he said. 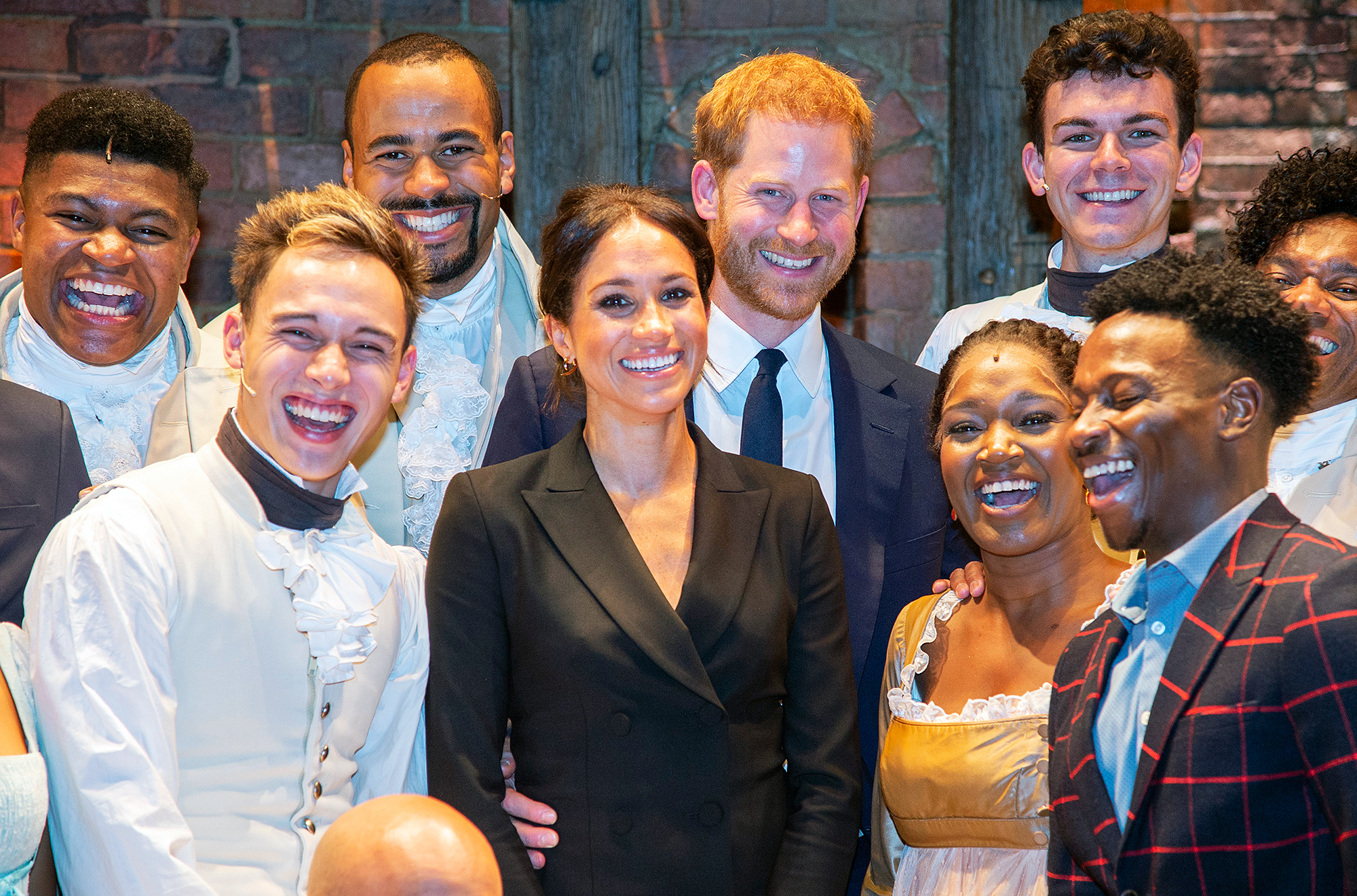 The Hamilton performance was a rare public date night for Harry and Meghan. He wore a classic black suit, while she rocked a black tuxedo minidress by Judith & Charles. The Duke and Duchess of Sussex, who wed in May, even spent some time with the cast and crew backstage and on stage.

The Suits alum, 37, previously saw the Tony Award-winning Broadway production in New York City with her pal Priyanka Chopra in 2016. She caught it again in February while visiting then-fiancé Harry in London.

For the latest royal news and insight, subscribe to our new podcast “Royally Us” below!