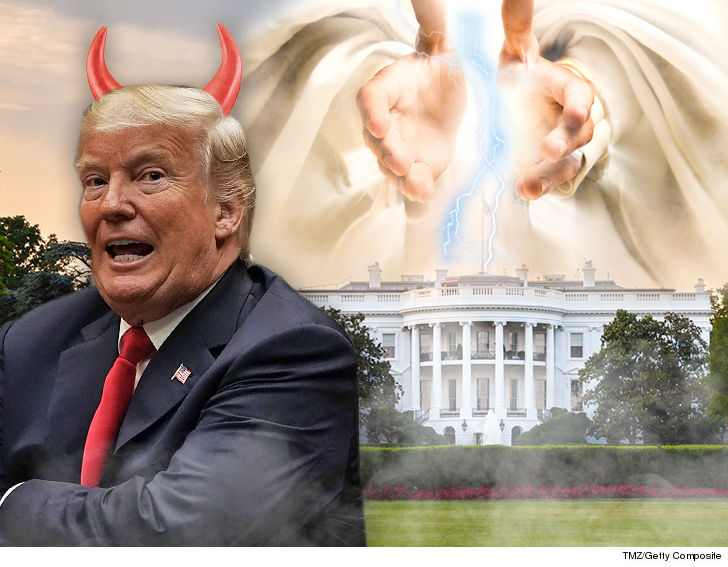 The Lord didn’t send thunder or hail, but maybe a lightning strike at the White House can jolt President Trump onto a righteous path … because a little shock therapy never hurts.

There’s a thunderstorm in the nation’s capital and the White House was right smack at the center of it. A bolt found its way to 1600 Pennsylvania Ave.

There’s a storm brewing over Trump’s SCOTUS nominee who’s getting scorched for snubbing the father of a Parkland shooting victim. Then, there’s legendary journalist Bob Woodward‘s book. The excerpts released Tuesday paint Trump as an egomaniac with “the understanding of a fifth or sixth grader.”

Among other claims … White House chief of staff John Kelly told colleagues Trump’s “an idiot. It’s pointless to try to convince him of anything. He’s gone off the rails. We’re in Crazytown.”

Kelly’s predecessor, Reince Priebus, reportedly called the presidential bedroom where Trump does most of his tweeting as “the devil’s workshop.” And, according to the book, Trump said of Attorney General Jeff Sessions, “This guy is mentally retarded. He’s this dumb Southerner.”

Trump reportedly said Woodward — one half of the duo who took down President Richard Nixon — has credibility issues.