Home » Celebrities » Who Is Madame Delacroix In ‘Bridgerton’? Here’s What To Know About Her

Bridgerton is a little like Downton Abbey in that it’s a period drama that knows the privileged life doesn’t exist in a vacuum. Though the series doesn’t spend a lot of time with the working class, lady’s maids like Rose (Molly McGlynn) and housekeepers like Mrs. Colson (Pippa Haywood) aren’t reduced to invisible hands making the world turn. Like them, tradespeople and business owners also get noticed, like Genevieve Delacroix, the dressmaker who runs Mme. Delacroix, Modiste. But who is Madame Delacroix in Bridgerton? She’s super savvy.

Warning: Spoilers for Bridgerton Season 1 follow. Netflix’s Bridgerton is based on the Bridgerton book series by author Julia Quinn. Going to the dressmaker for gowns is one of the regular rights of passage in Quinn’s romance novels. (Though the seamstress is Madame Lambert in those.) At the Modiste, characters run into each other when they don’t mean to, or characters find themselves unable to avoid interacting with those they don’t like. It’s also a perfect place for characters to overhear things they shouldn’t or jump to conclusions when they hear only snatches of conversations. Considering how useful a hub of intrigue it is, putting a strong character as its owner only makes sense.

Of course, society’s women in the 1810s were very into French fashion, so only the best French designers would make their gowns. Enter Madame Genevieve Delacroix (Kathryn Drysdale), who seems to be the height of designer sophistication. 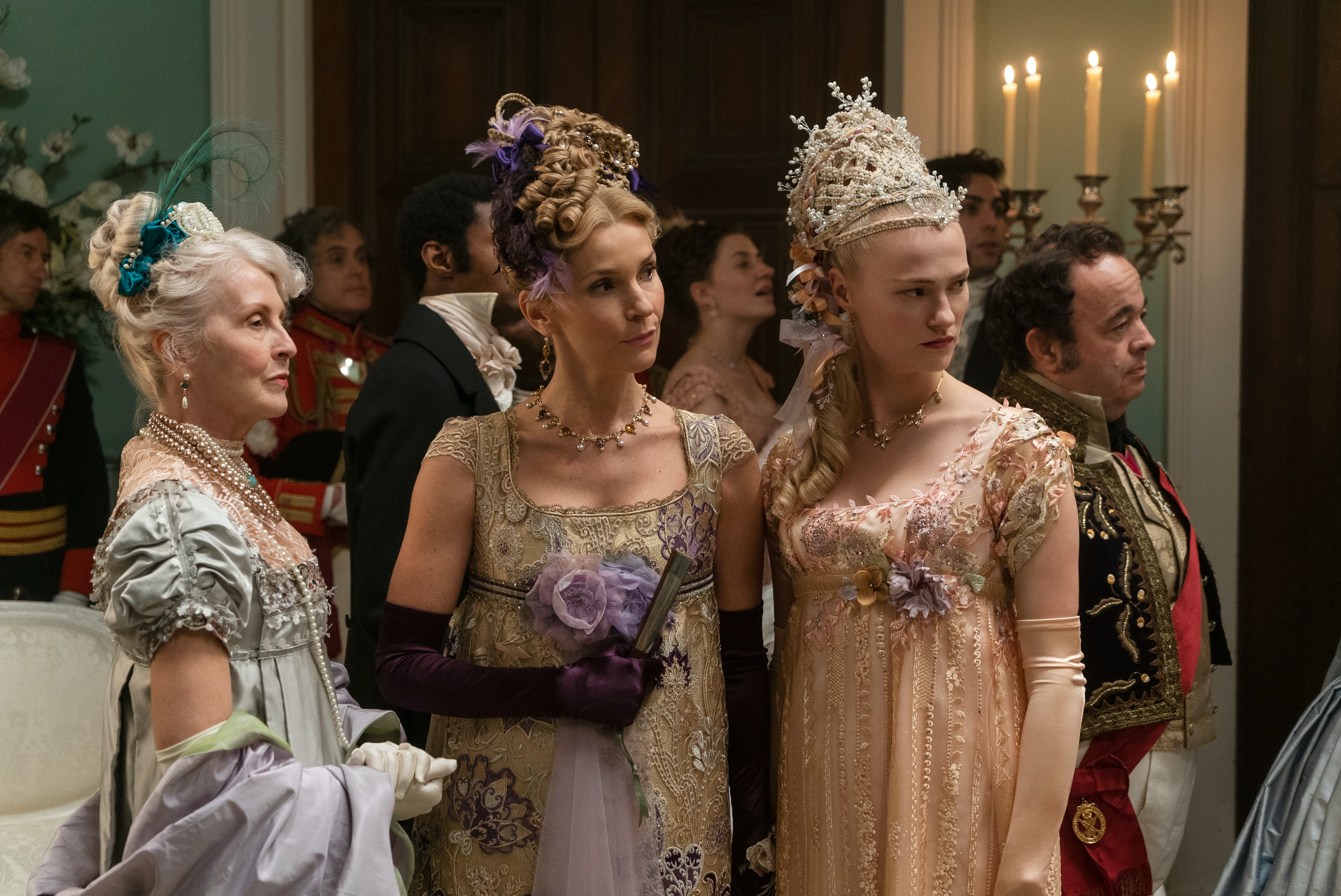 But of course, she’s not from France. She’s just a profoundly savvy businesswoman who knows learning a second language was necessary to make her business succeed. A believable accent and the right silks will win over the better class of women; it fools (almost) everyone.

Genevieve’s real accent is revealed when her friend, the opera singer Siena (Sabrina Bartlett), stops by for tea and sympathy. Siena has been the mistress of the Viscount Anthony Bridgerton (older brother of protagonist Daphne), for the last few years. Unfortunately, Anthony’s need to get married and produce heirs has ended their affair, for the moment, though neither can seem to fully quit the other.

Whether or not Genevieve and Benedict’s relationship can survive remains to be seen. His romance isn’t until the third book in the Bridgerton series, An Offer From A Gentleman, and right now, Netflix seems to be doing a book per season. If Netflix greenlights Bridgerton Season 2, it looks like Genevieve will be on her way to more screen time.

Bridgerton Season 1 is on Netflix now.