Home » Celebrities » Will Sienna Miller get to walk down the aisle at last?

Sienna Miller, 38, gets engaged for the third time to 29-year-old toyboy Lucas Zwirner… but seems shy about showing off her ring

Sienna Miller has got engaged to her toyboy lover – but she seems to be coy about sharing her good news.

The actress was spotted wearing a diamond ring last month but has since appeared eager to cover it up when around photographers.

However, friends have confirmed to The Mail on Sunday that Sienna, 38, said ‘yes’ when her 29-year-old boyfriend, Lucas Zwirner, popped the question last month. 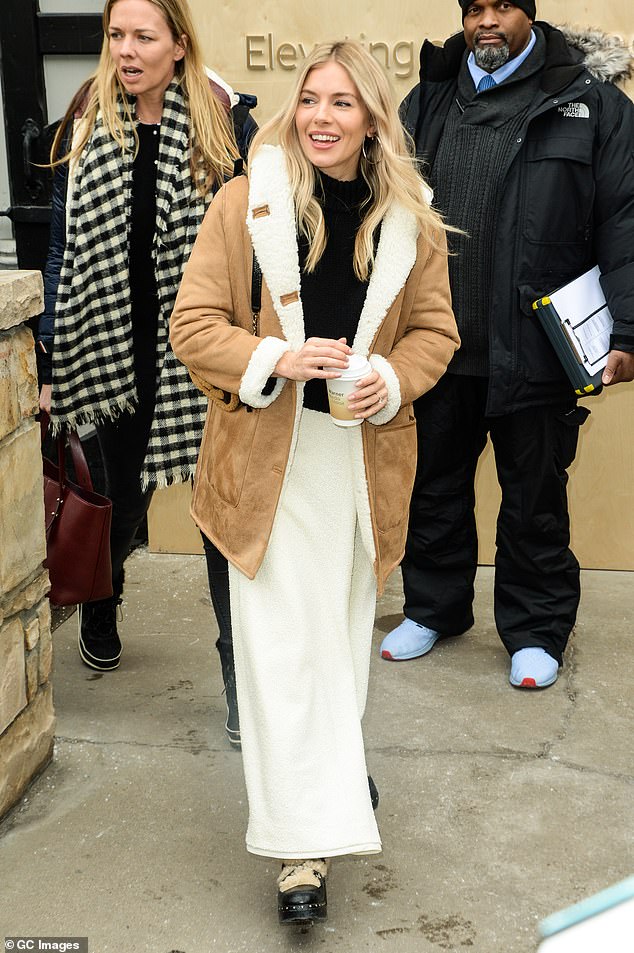 Sparkle: The actress gives a rare flash of her diamond ring

The couple, who began dating last year, are said to be blissfully happy together and have begun making plans for their wedding.

It is the third engagement for Ms Miller, who previously agreed to marry both Jude Law and fellow actor Tom Sturridge, the father of her seven-year-old daughter, Marlowe.

However, she never tied the knot with either man.

She and Mr Zwirner, the editorial director of his father’s art-based publishing house, David Zwirner Books, are understood to have moved in together in New York. A source said: ‘Everyone is thrilled for Sienna – it’s great to see her happy again.’

Soon after Mr Zwirner’s proposal, Ms Miller was spotted wearing the diamond ring while walking in Manhattan, but it had vanished when she was later seen partying at the Golden Globe awards in Los Angeles.

Mr Zwirner, whose father is an art dealer and gallery owner, studied philosophy and literature at university. He has also worked as a translator and as an English teacher at a school in Harlem, New York.

Ms Miller has had a colourful love life. She accepted Law’s marriage proposal on Christmas Day in 2004 but it later emerged that she had had an affair with her Layer Cake co-star Daniel Craig.

She and Law split when he issued a public apology for having an affair with his children’s nanny, Daisy Wright. The pair briefly rekindled their romance in 2009 but split for good in 2011.

Ms Miller then dated film director Bennett Miller, with whom she worked on the 2014 movie Foxcatcher, followed by actor Balthazar Getty and Welsh star Rhys Ifans.

She was also romantically linked to actor Josh Hartnett and rapper P Diddy, with whom she was seen cosying up to in Ibiza in 2007.

Despite a string of failed relationships, she recently admitted to being the marrying kind. Speaking of her relationship with Mr Zwirner, she gushed: ‘Yes, I would love to have more children. I would love a daughter as well. I think I would be open to getting married, yes.

‘He’s not an actor! He’s not famous. It’s nice and settled and happy… It is interesting to be in a world that is not the one I am in. The art world is very new and fascinating, and very intellectual, which I love.’

She has previously said she wished she’d had Marlowe at a younger age, so she could be a grandmother by now.

Miller will next be seen professionally in the movie Wander Darkly, in which she plays Adrienne, a woman who struggles to reconnect with her long-term lover after a traumatic accident.

From Moss to Lady Mary, rise of the celebrity cougar

By dating a man nine years her junior, Sienna Miller could easily be dubbed a cougar, the jokey name for women who pursue younger men.

And she’s not the only one, with plenty of British female celebrities hooking up with toyboys, in a reversal of the age-old cliche of middle-aged men seeking younger partners.

The stars include supermodel Kate Moss, 46, who has been in a three-year relationship with Count Nikolai von Bismarck, who is 13 years her junior. 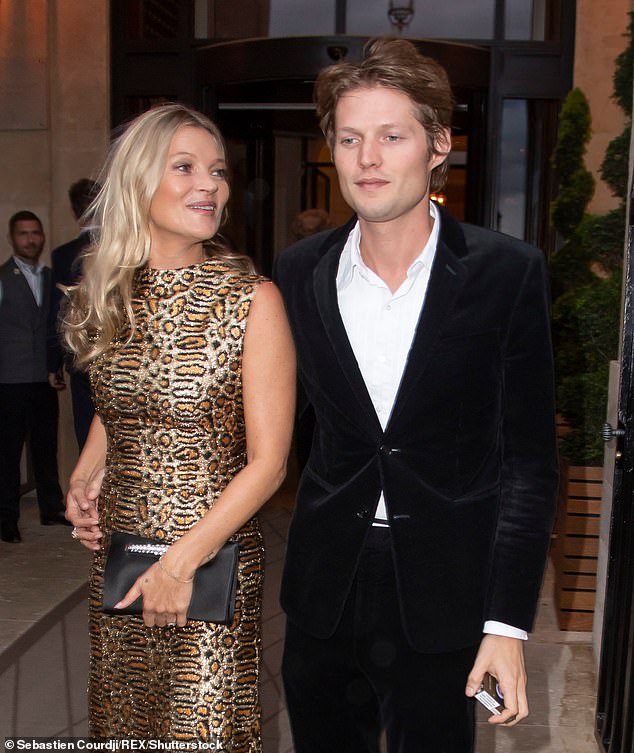 Michelle Dockery, who played Lady Mary in Downton Abbey, is a recent convert to the cougar club, with The Mail on Sunday revealing last October that the 38-year-old is dating talent agent Jasper Waller-Bridge, the 31-year-old brother of Fleabag creator Phoebe.

They have been together since 2014 and are rumoured to be engaged, although they have never confirmed it. 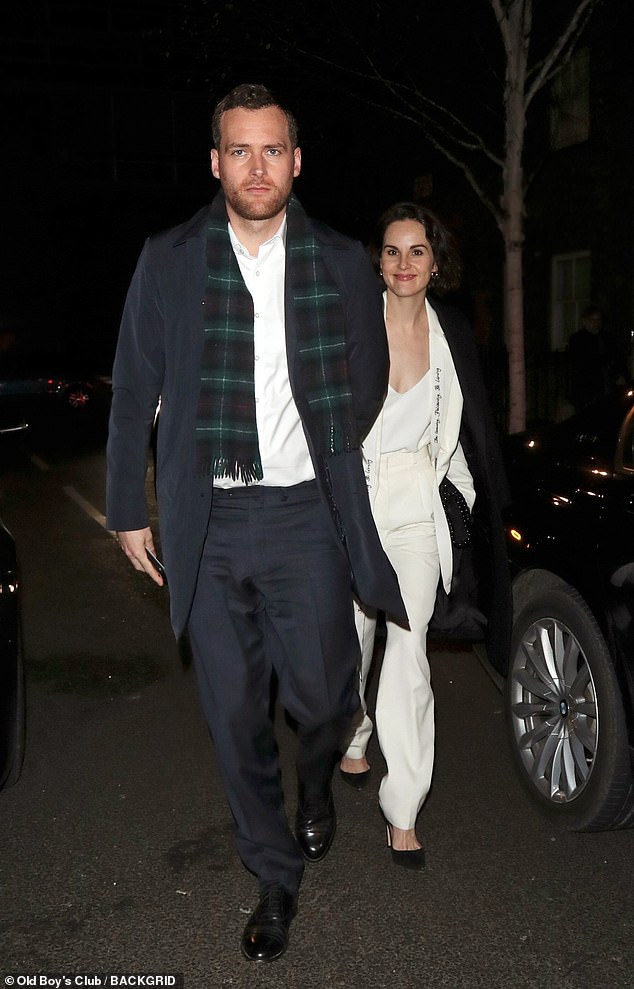 Former EastEnders actress Tamzin Outhwaite, 49, has made no secret about the joys of being with her toyboy.

Defending her romance with Tom Child, 28, she said recently: ‘People think I’m having a midlife crisis, but actually not all men want a younger woman.’ She was previously married to actor Tom Ellis, 41.

Actress Tilda Swinton, 59, has been in a relationship with German artist Sandro Kopp, 41, for 16 years following her split from Scottish playwright and artist John Byrne, 80. And 41-year-old singer Nicole Scherzinger is dating 34-year-old former Scottish rugby star Thom Evans, whom she met on Celebrity X Factor.