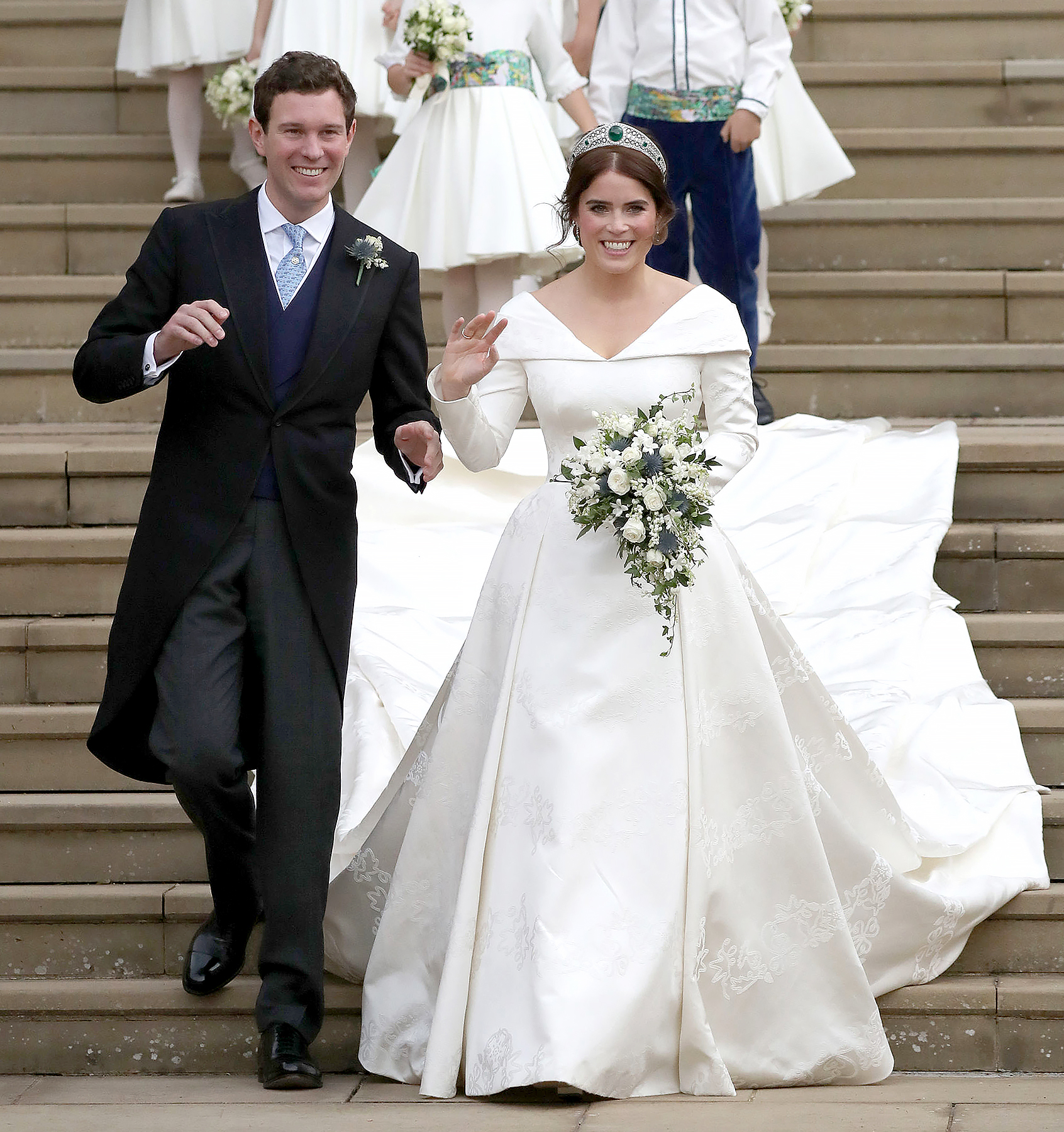 On Friday, October 12, Princess Eugenie of York married Jack Brooksbank at St. George’s Chapel in Windsor, marking the second royal wedding of 2018. After much speculation about which designer the bride would wear the answer has arrived: the Princess of York picked Peter Pilotto and Christopher De Vos of the British label Peter Pilotto.

See What the Guests Wore to Princess Eugenie’s Royal Wedding

Much like the Duchess of Sussex before her, Princess Eugenie picked a gown with long sleeves, but that’s where the similarities stop between the wedding dresses. The Princess of York’s wedding dress had a bodice that had a nearly-off-the-shoulder V-neck and a low back. Given that the princess bucked tradition and skipped a dramatic veil, the cut of her gown displayed scars on her back from a scoliosis surgery — quite the refreshing and daring move. The gown also had a full pleated skirt and was made from a custom jacquard silk textile that included symbols and motifs meaningful to the Princess: a thistle for Scotland (referencing Balmoral), a shamrock for Ireland (referencing the bride’s matrilineage), the York rose and ivy representing the couple’s home. 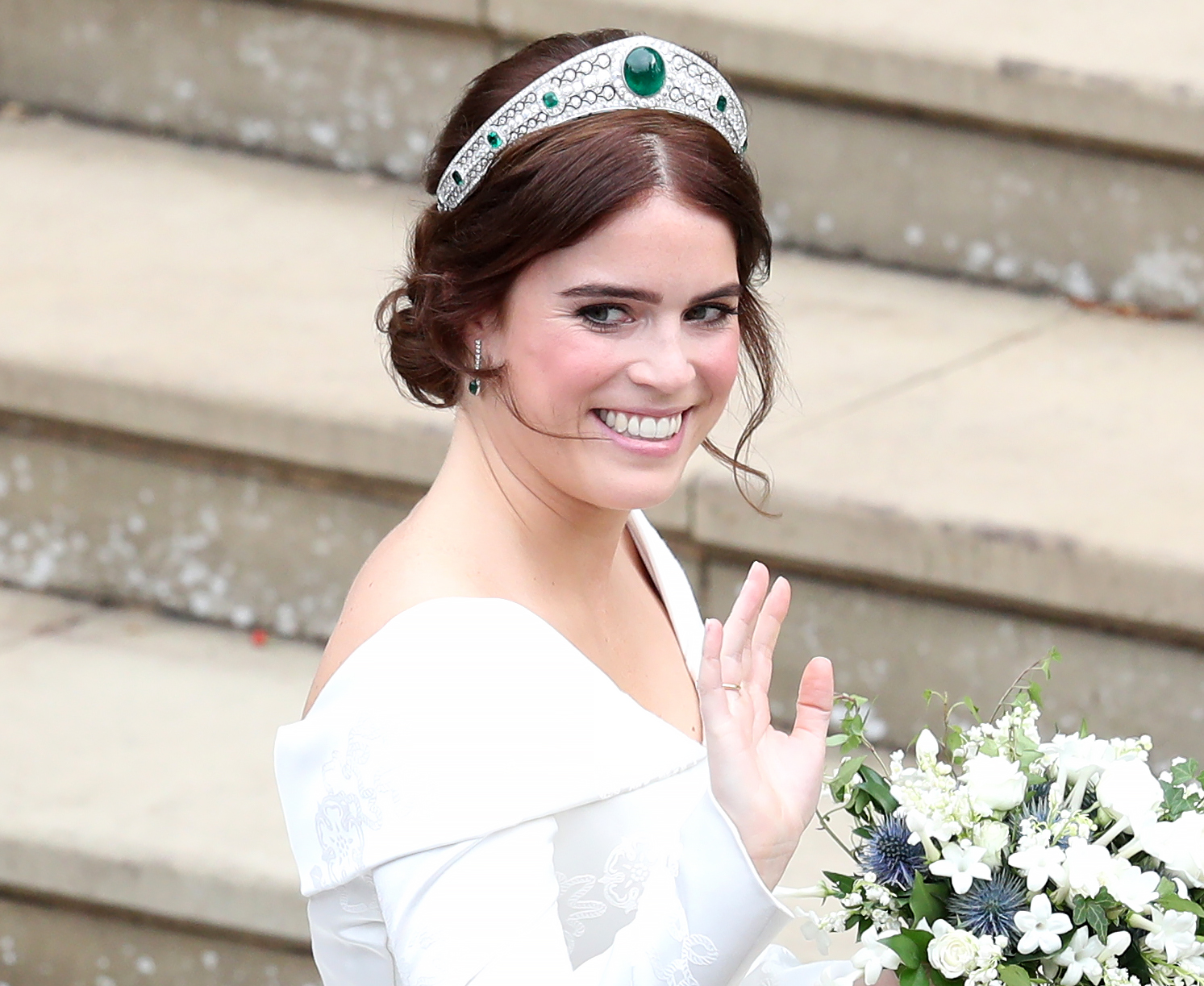 And while Princess Eugenie may have done without the conventional veil, she did abide by certain mores in the headwear department. She wore her auburn coif in a loose chignon styled by hair pro, Sonny-Jo MacFarlane, topping the simple and elegant hairstyle with the Greville Emerald Kokoshnik Tiara, which was lent to the princess by her grandmother the Queen. The stunning headpiece was originally made by Boucheron for Dame Margaret Helen Greville in 1919, fashioned in the “kokoshnik” style popularized in the Russian Imperial Court.