OWNING a piece of royal history may be many superfans' dream – but it comes with a hefty price tag.

Everything from underwear allegedly owned by two Queens, to a replica of Prince Edward VII's 'sex chair' and stunning jewels have fetched thousands when sold off to royal supporters. 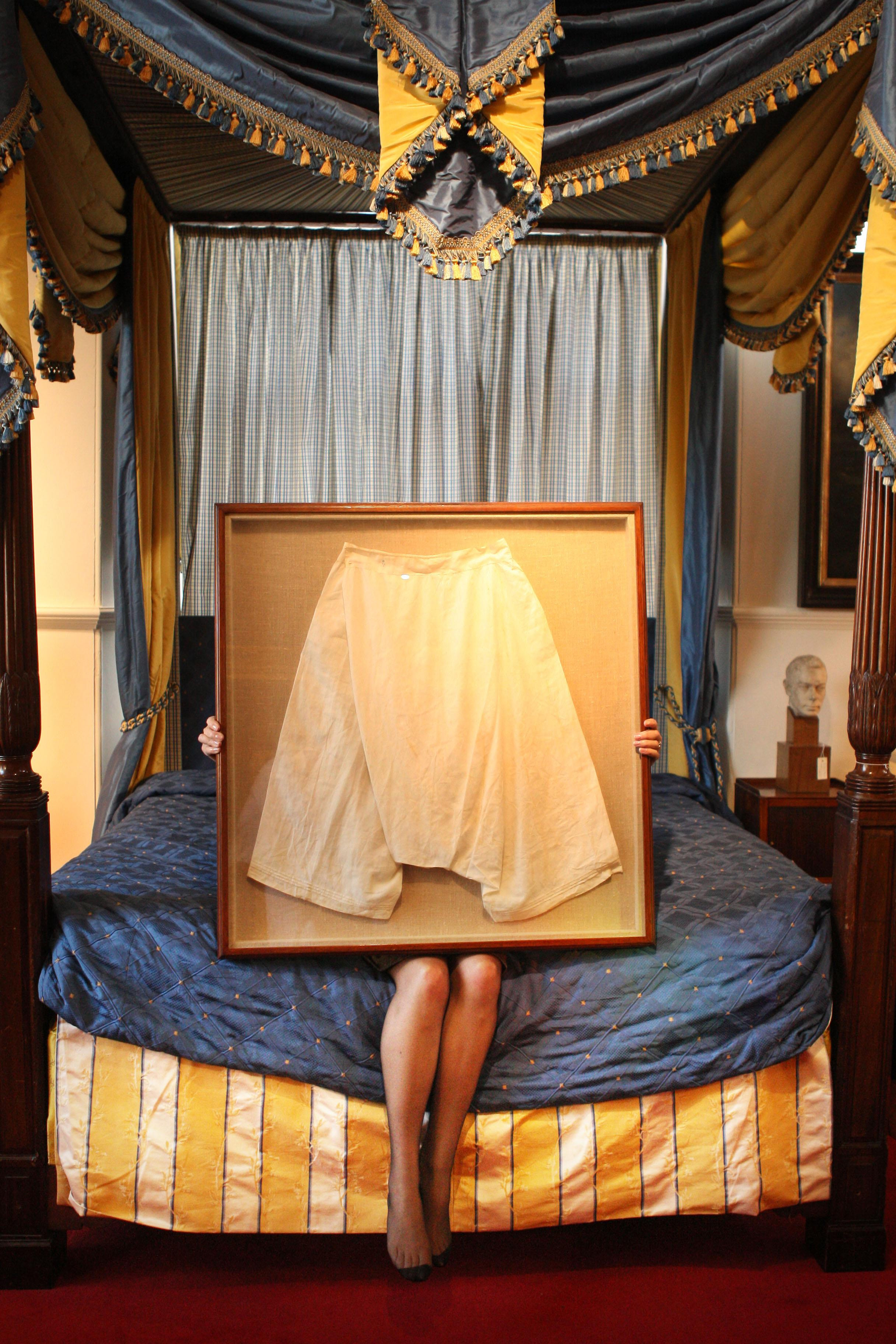 In their original forms, these collectables have been auctioned off for extortionate prices – and even include scandalous pictures that have caused shockwaves across the world.

The latest bizarre item to go under the hammer is a slice of Prince Charles and Princess Diana's wedding cake from 1981 – which is being sold for £2,500.

And it's not all that's on offer, as the Bristol-based seller is also selling a slice from Princess Anne's wedding to Captain Mark Phillips, as well as Prince Andrew and Sarah Ferguson's. 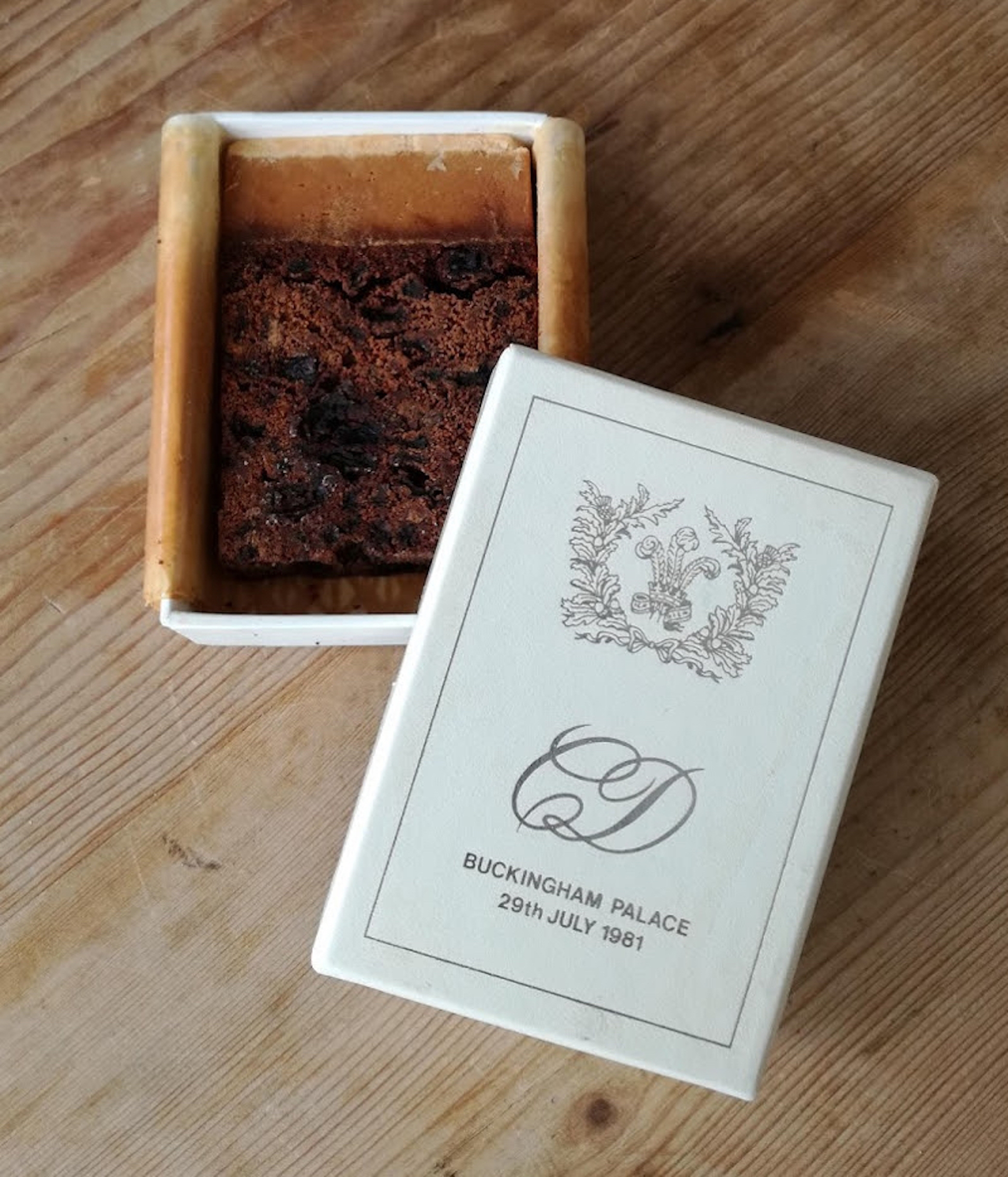 It was a moment that will continue to go down in history, and the dress Diana wore when she danced with John Travolta at the White House in 1985 went for a staggering £264,000 last year.

Dubbed the 'Travolta' dress, its value has increased over the years and continues to now, after the Historic Royal Palaces purchased it at auction. 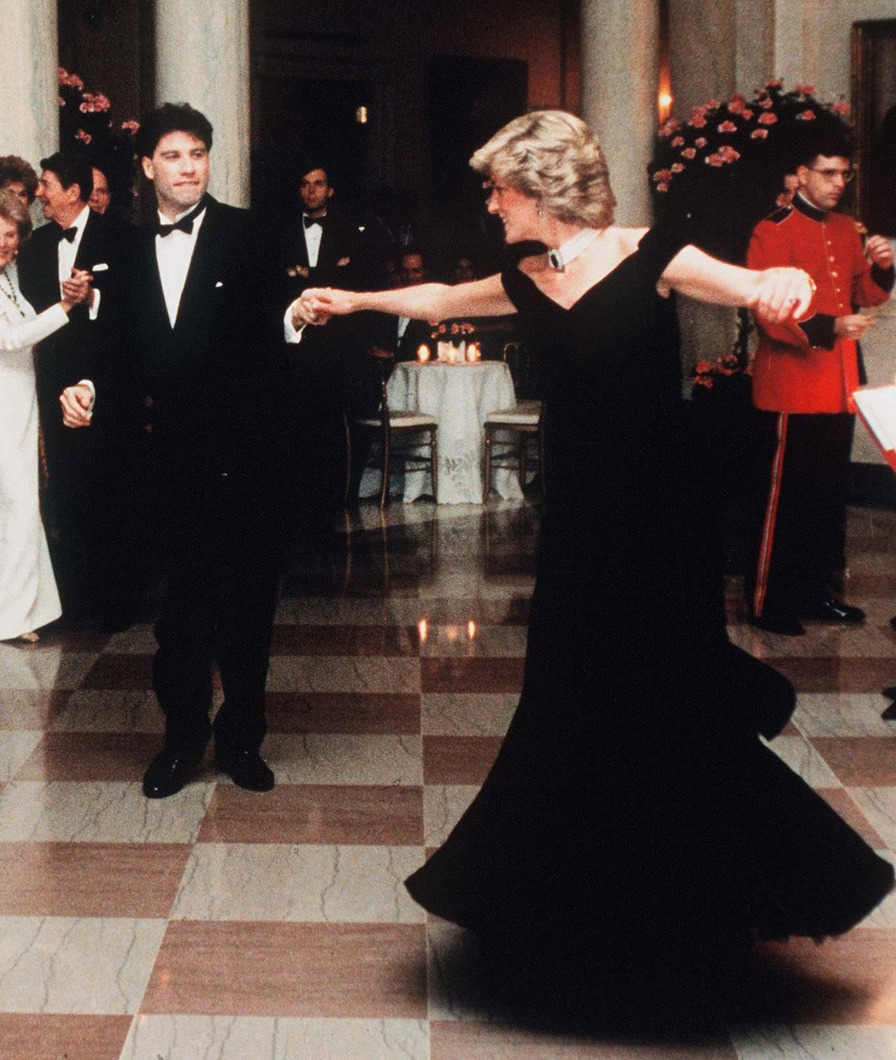 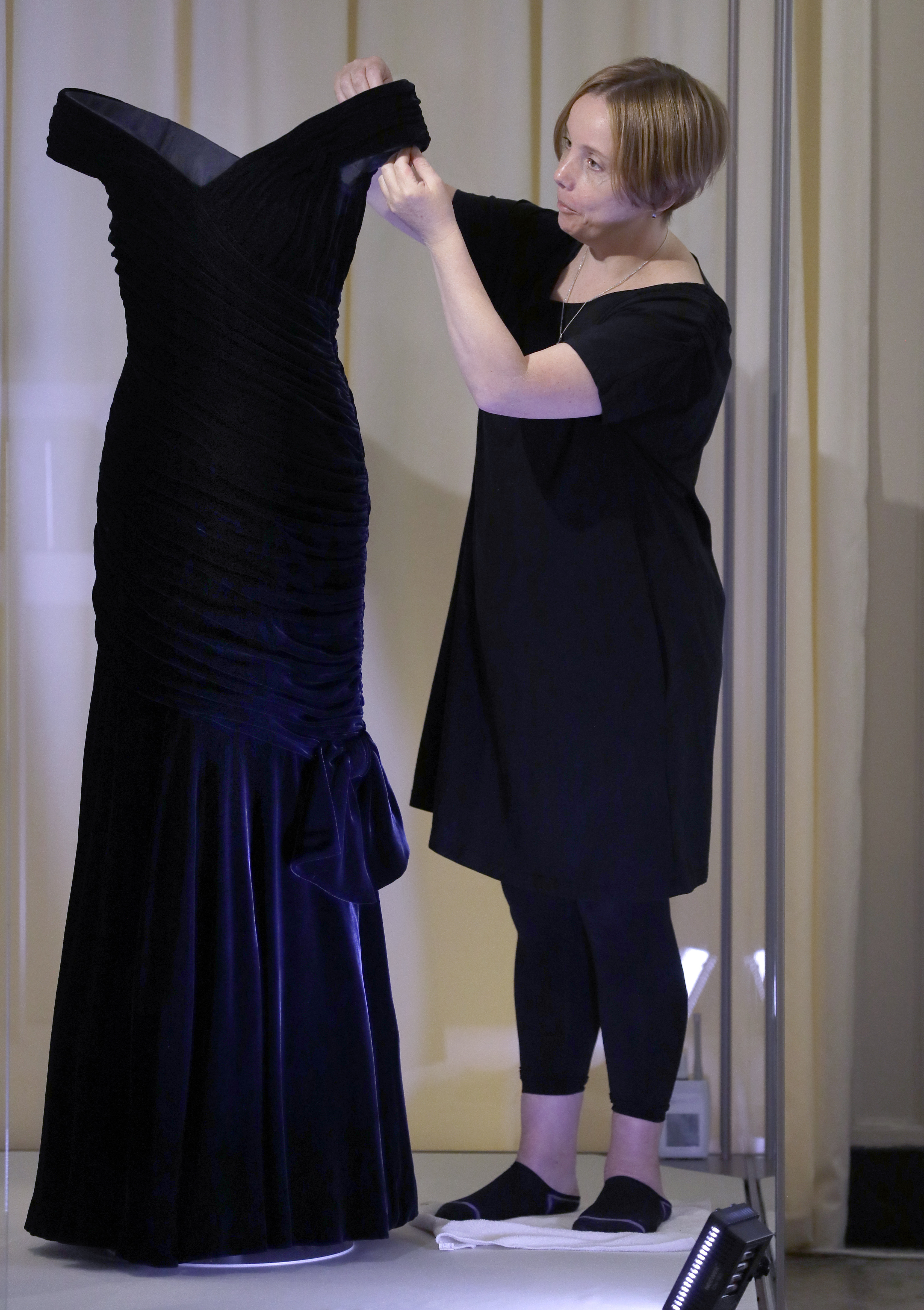 The iconic deep blue, velvet gown was actually originally auctioned off in 1997, in order to raise £100,000 for charity, but later went under the hammer again.

The frock was designed over an 11-year period by dress designer Victor Edelstien, who was apparently visited by the princess regularly during the production.

It went on to be worn by her on a number of occasions, including a state visit to Austria in 1986 as well as for her famous portrait by Lord Snowden in 1997. 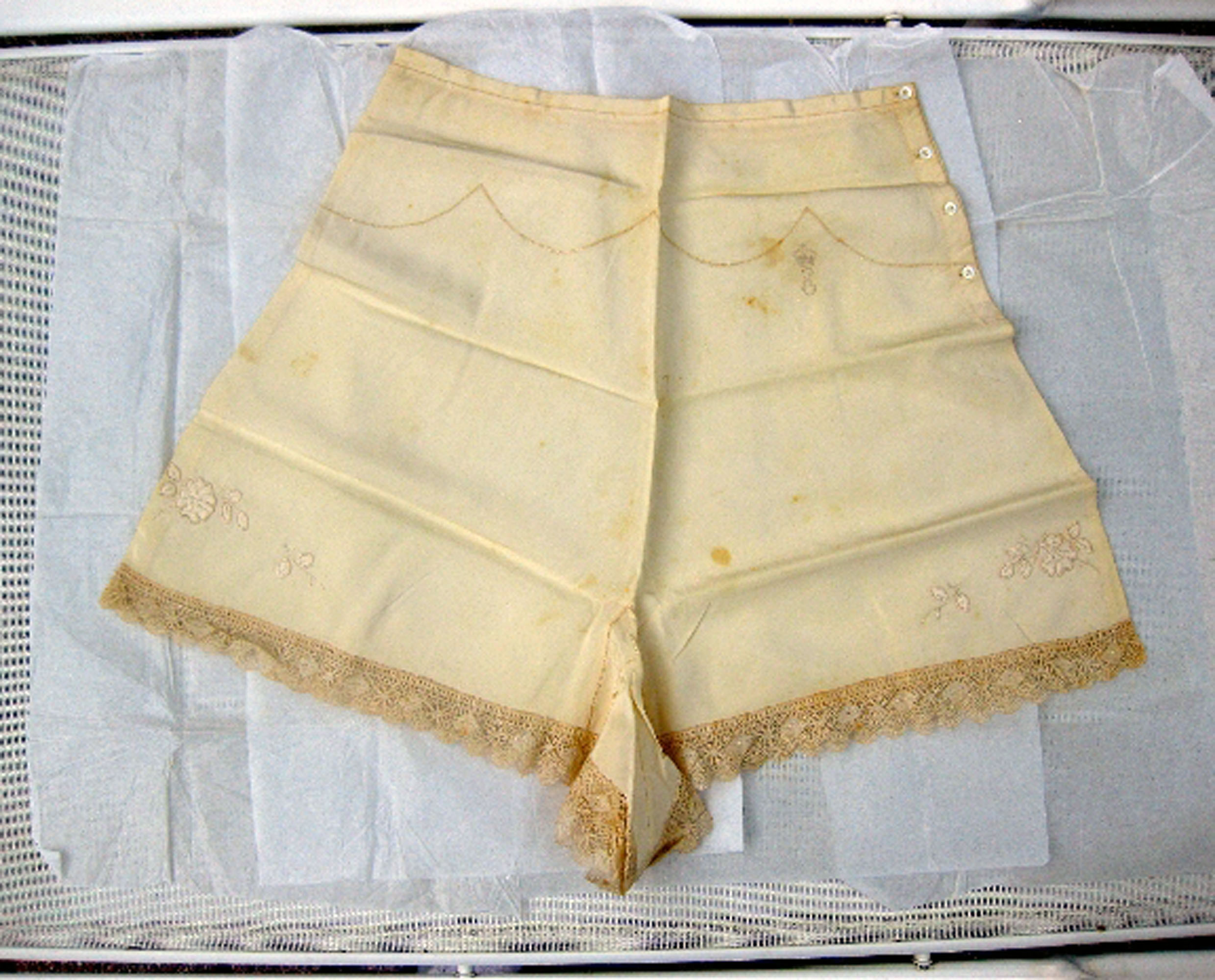 The seller claimed the undies were left behind on a plane in 1968 during Her Majesty's visit to Chile, and were embroidered with the letter 'E', presumably for Elizabeth, according to The Telegraph.

They were said to have been nabbed by the pilot and given to one of his friends in Hungary, and when the Hungarian died in 2010, his family reportedly discovered them and put the listing up on the site.

It seems royal underwear is a favourite as Queen Victoria's bloomers were also sold last year for £1,000, according to the BBC.

The royal underwear, which measured 112cm at the waist, even had the initials 'VR' embroidered on. 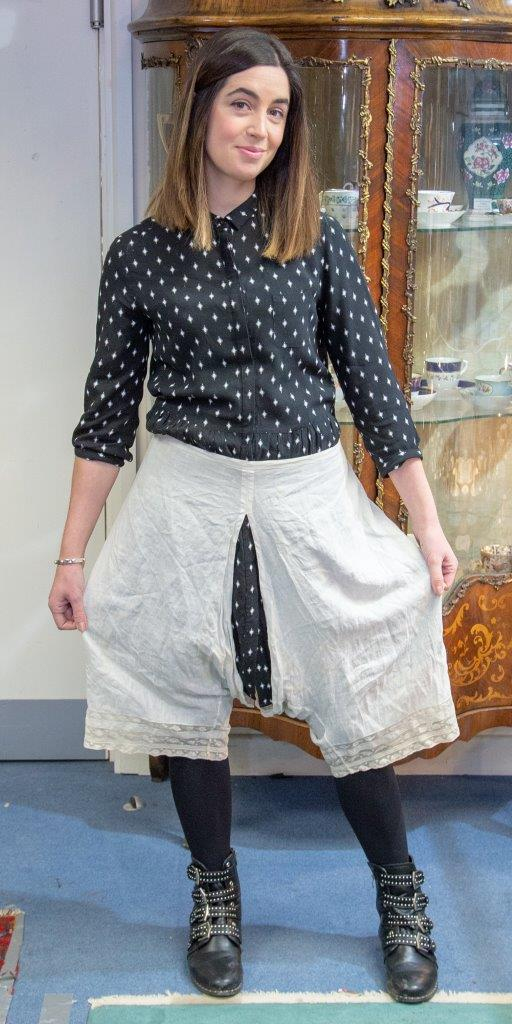 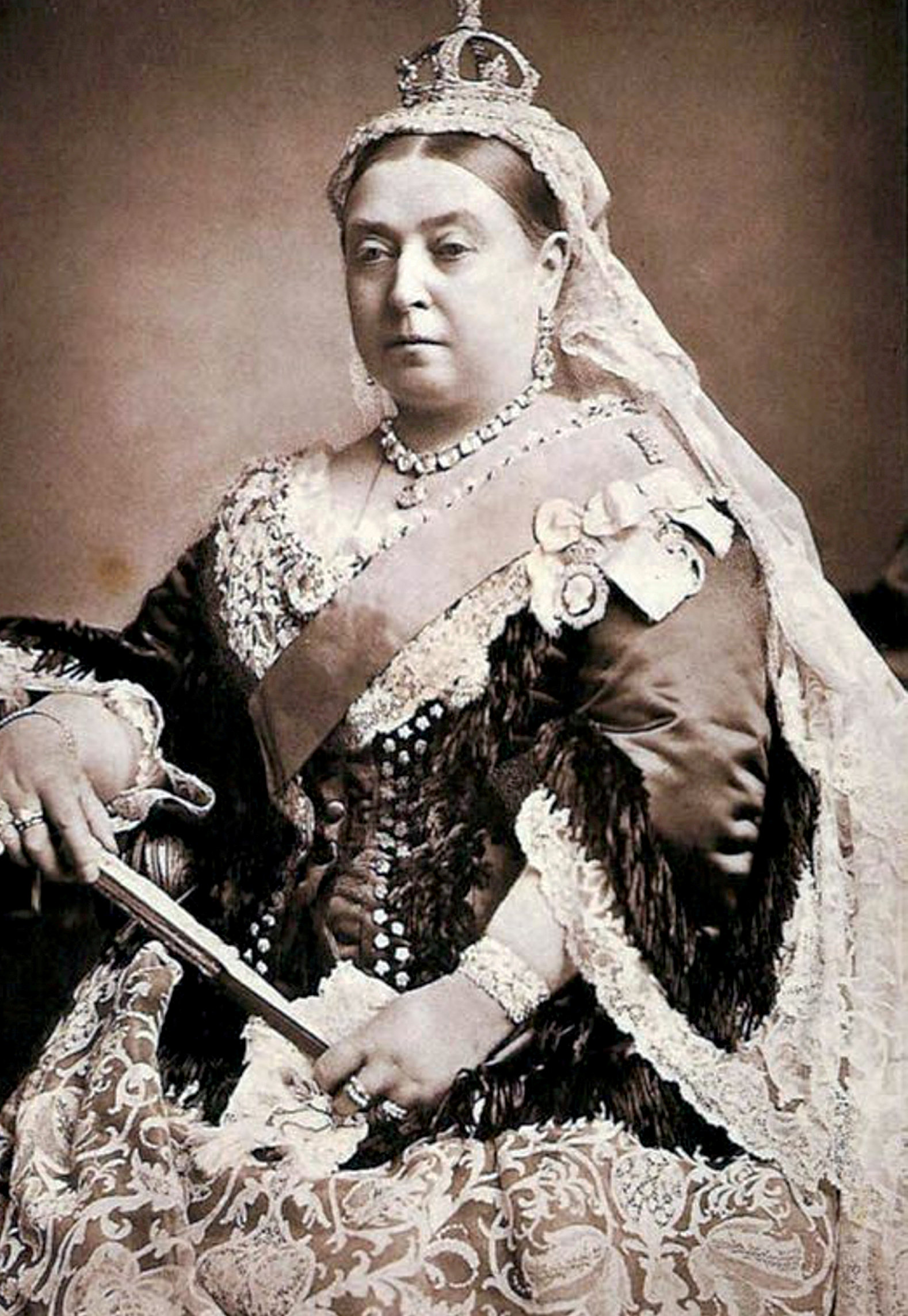 According to the news outlet, the bloomers came from a vendor whose great aunt was a friend of Susan Heard, who served as a lady's maid.

They were specifically made for the queen in an 'open drawers' style, having a hole down the middle to make it easier to go to the toilet.

A replica of King Edward VII's 'love chair', which allegedly allowed him to have sex with two women at the same time, is available to buy from M.S. Rau Antiques in New Orleans for £51,000.

The original chair was reportedly designed by a Parisian cabinet maker, Louis Soubrier, to allow the king to indulge his fantasies safely. 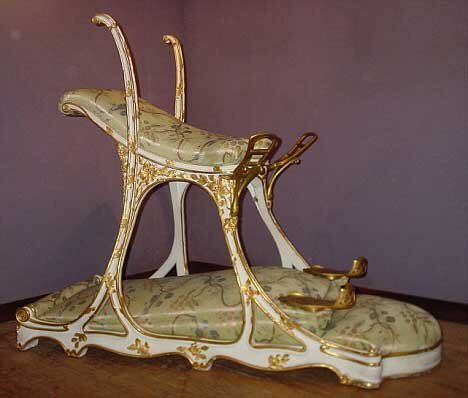 The original is thought to be owned by one of Soubrier's descendants, with another on display in the Museum of Sex in Prague.

The now-famous 'Poltimore tiara' that Princess Margaret wore in the bath for a very risky photoshoot in 1962 was sold for £926,400 in 2006, according to The Telegraph.

The photo, which sparked a scandal at the time, has since been recreated in royal TV series The Crown – with Helena Bonham Carter playing the princess. 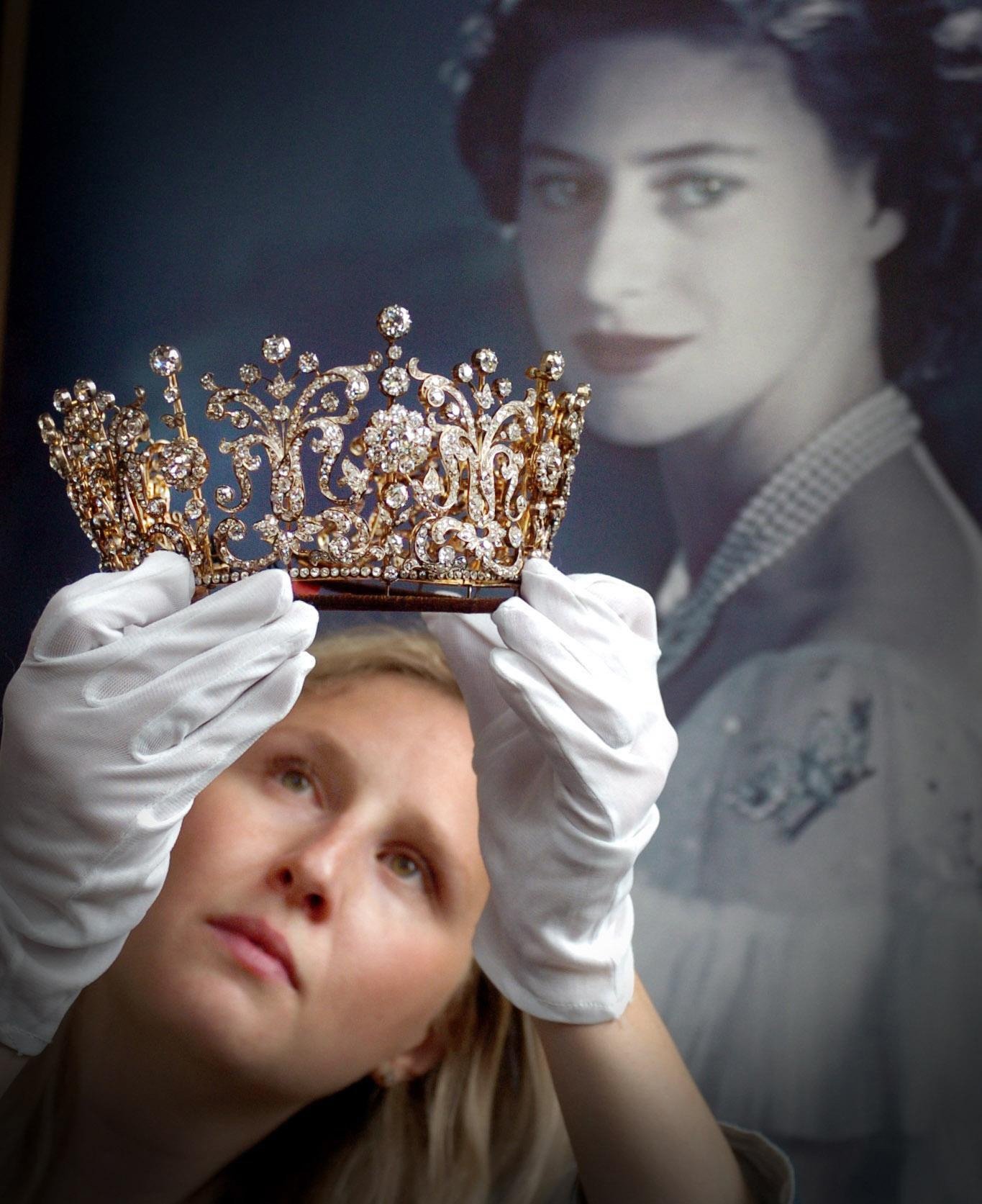 The 1962 image wasn't shown to the public until 2006 and was taken by Margaret's then-husband Antony Armstrong-Jones.

Princess Margaret's jewels don't stop there, however, with a stunning bracelet of hers also auctioned off. And it reportedly fetched £157,000.

She was gifted the antique diamond jewellery for her 21st birthday and was seen wearing it often on royal engagements.

The bracelet has old-cut and rose-cut diamonds that are surrounded by blue enamel.

Fit for a princess in every way, the item eventually fetched the hefty sum, with an anonymous buyer purchasing it in Hong Kong, according to Sotheby's.

A former chef to Charles and Princess Diana put his collection of private letters from the royals on auction in 2008 – including one from Diana requesting a bacon sandwich – according to The Evening Standard.

While it's unclear what they eventually fetched, one was estimated to get up to £1,500. 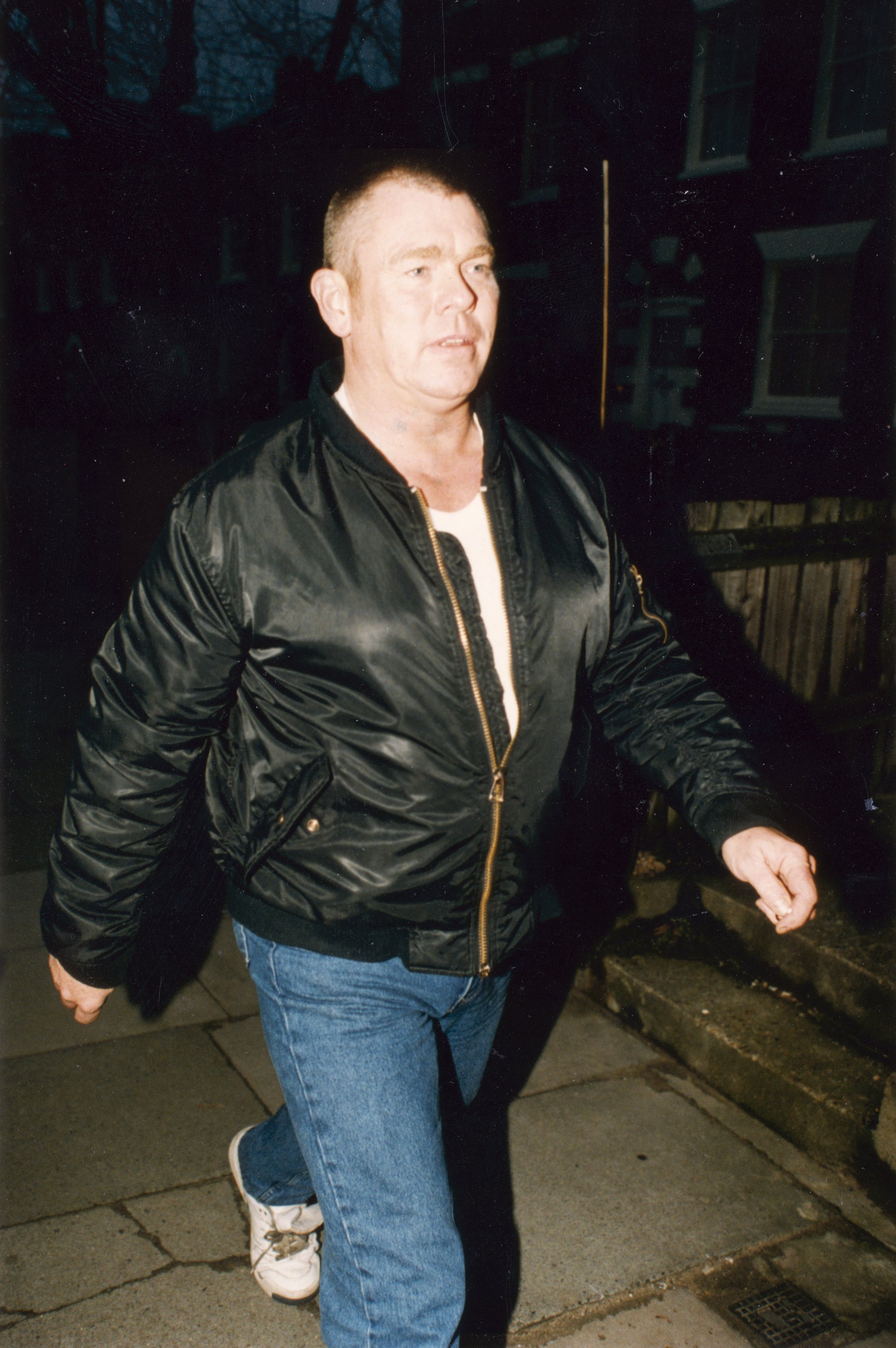 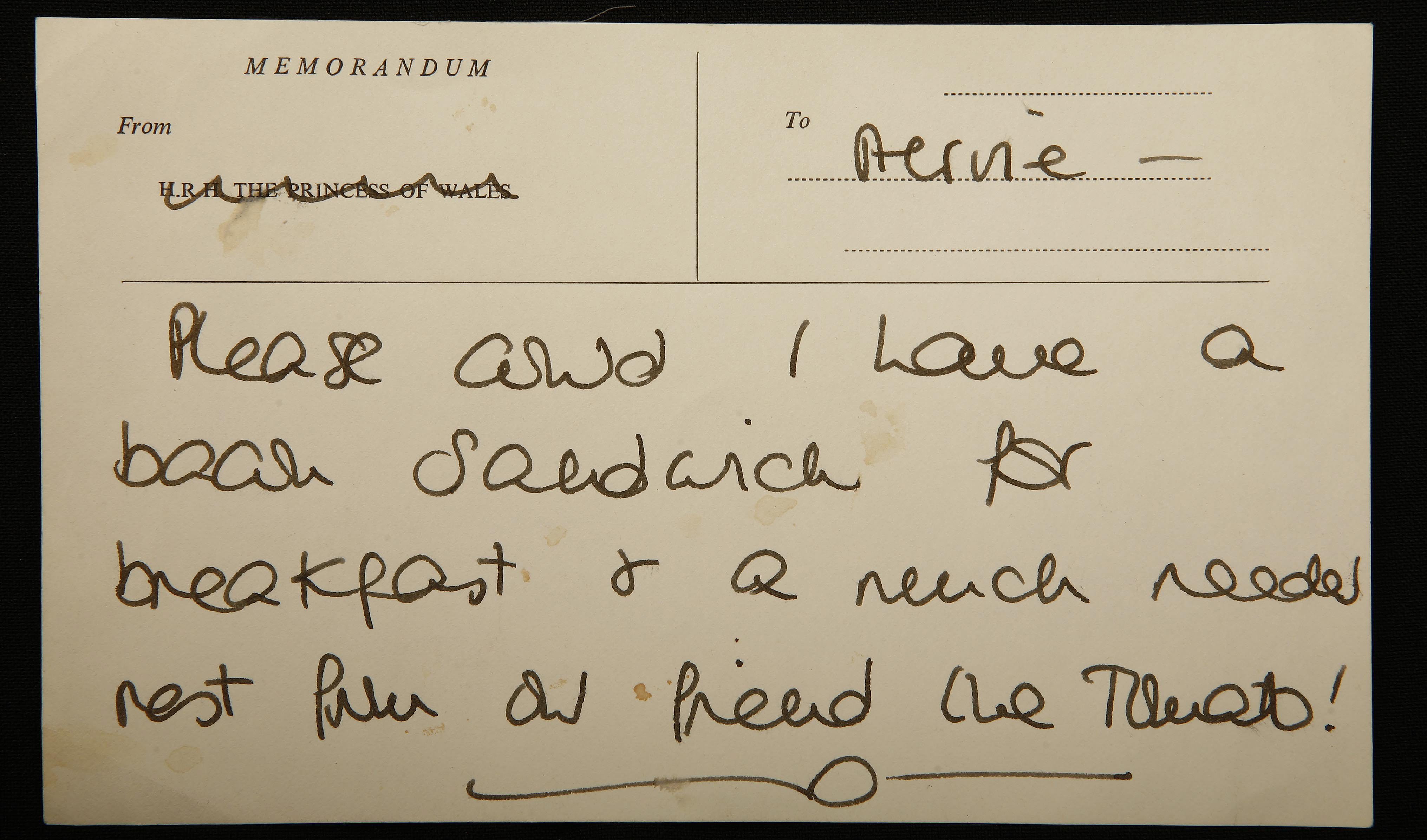 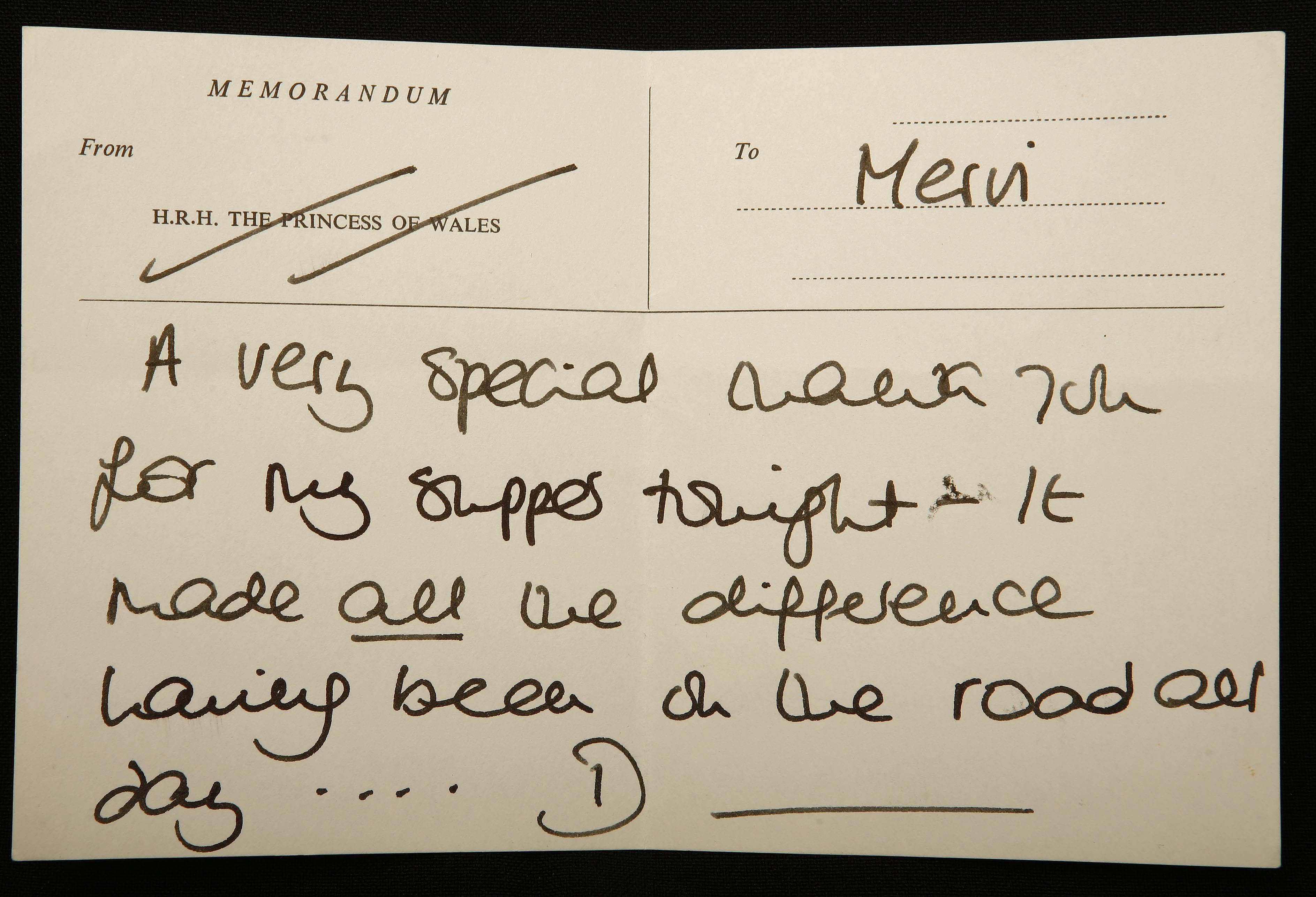 According to his own accounts, the chef was bombarded with praise for the dinner party foods he prepared.

The various notes show words of gratitude as well as requests for recipes and specifics to be made from the Royal Household.

Mervyn Wycherley, 59, worked for the royals for 22 years and the set of mementos includes a sincerely written card from the late Princess.