Home » Fashion » Can YOU spot the epic error the Royal Family made in this tweet about Princess Eugenie and Jack Brooksbank’s wedding?

The account, which has 3.81 million followers, was ridiculed after eagle eyed fans spotted something very wrong with one of their posts. 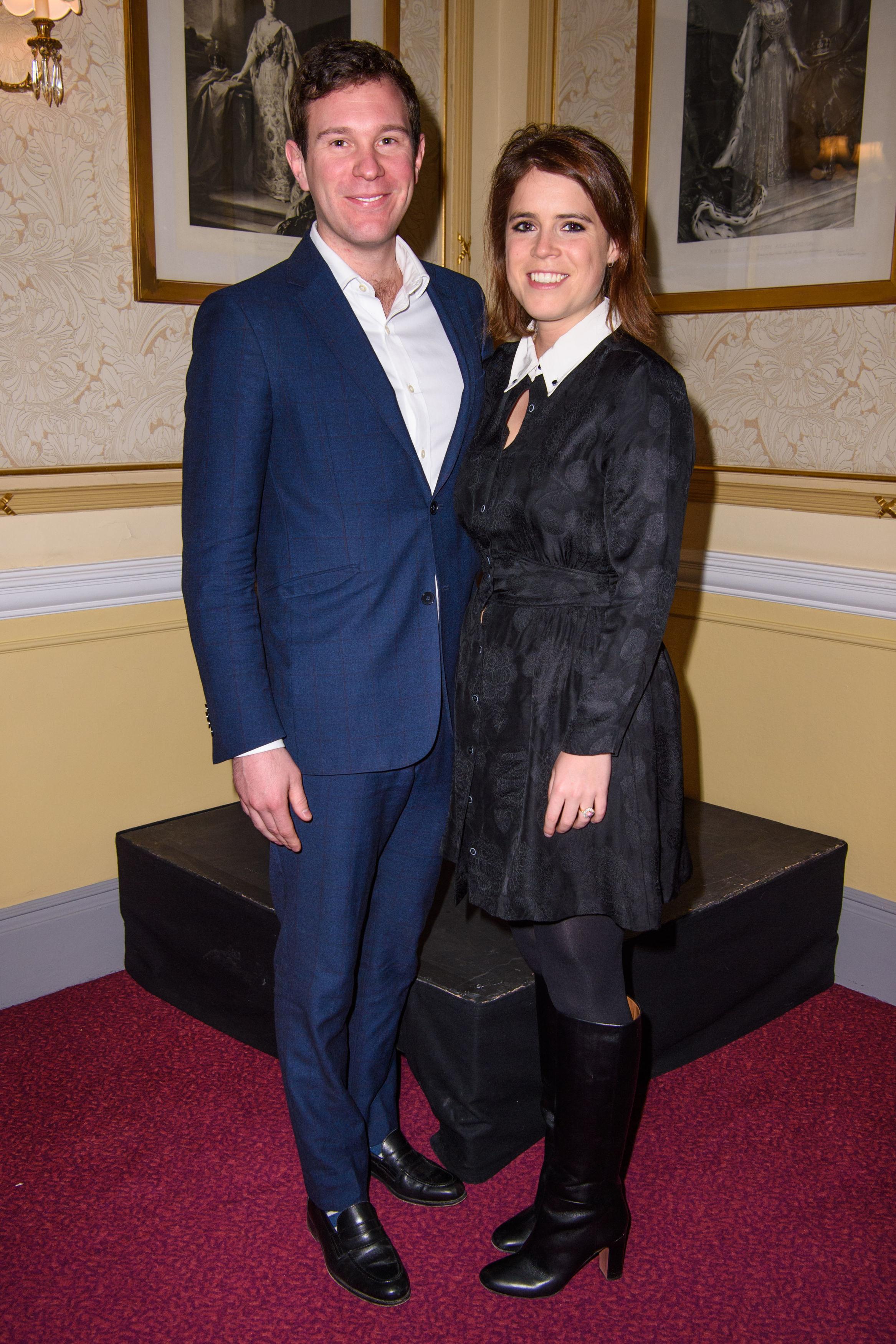 Updating the public about the upcoming wedding between Princess Eugenie and Jack Brooksbank, 32, it seems the author made a massive error.

It said: “Princess Eugenie and Mr. Jacksbrook have invited people from the charities they support into the grounds of Windsor Castle tomorrow – to help celebrate their wedding day.”

People were quick to notice the name of Princess Eugenie’s husband-to-be wasn’t quite right. 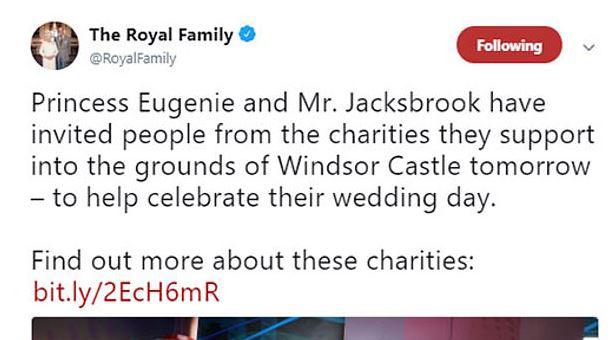 It seems his first and last name had been merged to create ‘Jacksbrook’.

According to reports the tweet was live for around 40 minutes before it was swiftly deleted.

But it wasn’t quick enough, as people mocked the account for their rookie error.

One person replied: “I believe “Bank Jacksbrook” is his super secret spy name.”

Another reply said: “It’s Jack Brooksbank, or Jacksbrook to his rapper crew.”

The tweet was later reposted with the correct spelling.

The gaffe comes just one day before the Royal Wedding at St George’s Chapel, in Windsor Castle.

Princess Eugenie, 28, will walk down the same aisle as Meghan Markle and Prince Harry, who tied the knot at the castle in May.

We reveal Princess Eugenie’s special connection to George Clooney – and why he’s likely to be at her wedding.

And Princess Eugenie may pay subtle tribute to late aunt Princess Diana at her wedding.

The couple will follow in Prince Harry and Meghan Markle's footsteps and marry at St. George's Chapel, Windsor.