A WOMAN painstakingly stuck down 7,500 coins to make a copper floor – and the result is incredible. 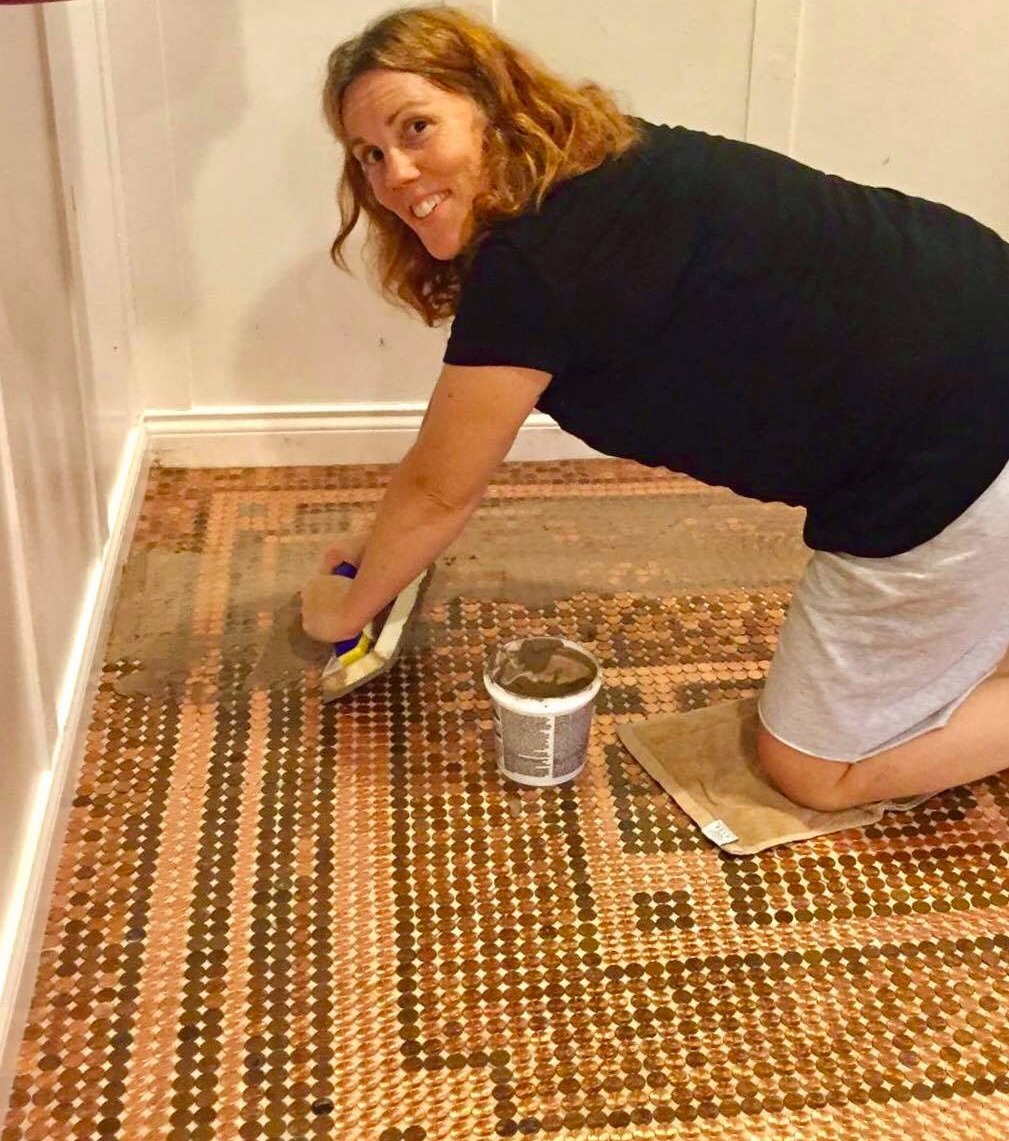 Kelly, from LA, took multiple trips to the bank to get all the change for the project, which she grouted and sealed herself.

The jewellery maker admitted her “OCD went into overdrive”, as she ensured the thousands of coins – which date back to 1910 – were all facing heads up.

She said: “I had new and old pennies so I sorted them out in piles and then I began to put them on the floor in a pattern that developed as I went along.”

Despite being a labour of love, Kelly reckons she probably ended up saving money by not hiring any professionals, as the project only cost her around £75. 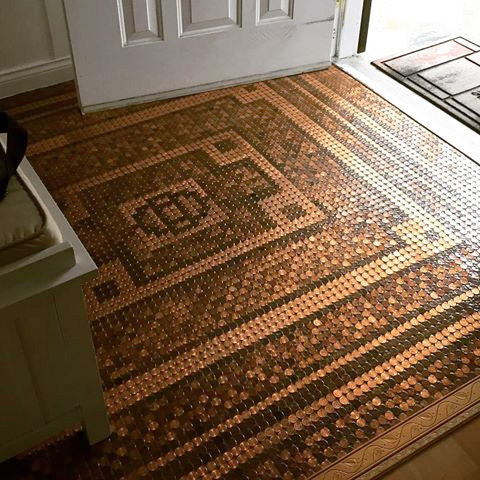 Kelly created the mosaic-style floor five years ago, but recently shared it on social media after Kat Von D shared hers.

After Kelly posted snaps of the project they went viral, racking up 241,000 shares – and the make-up mogul herself liked the post.

Kelly was chuffed that Kat had given the floor a nod of approval, saying: “I shared my penny floor project because Kat Von D shared hers on insta, which inspired me to repost on insta 5 years after the fact. 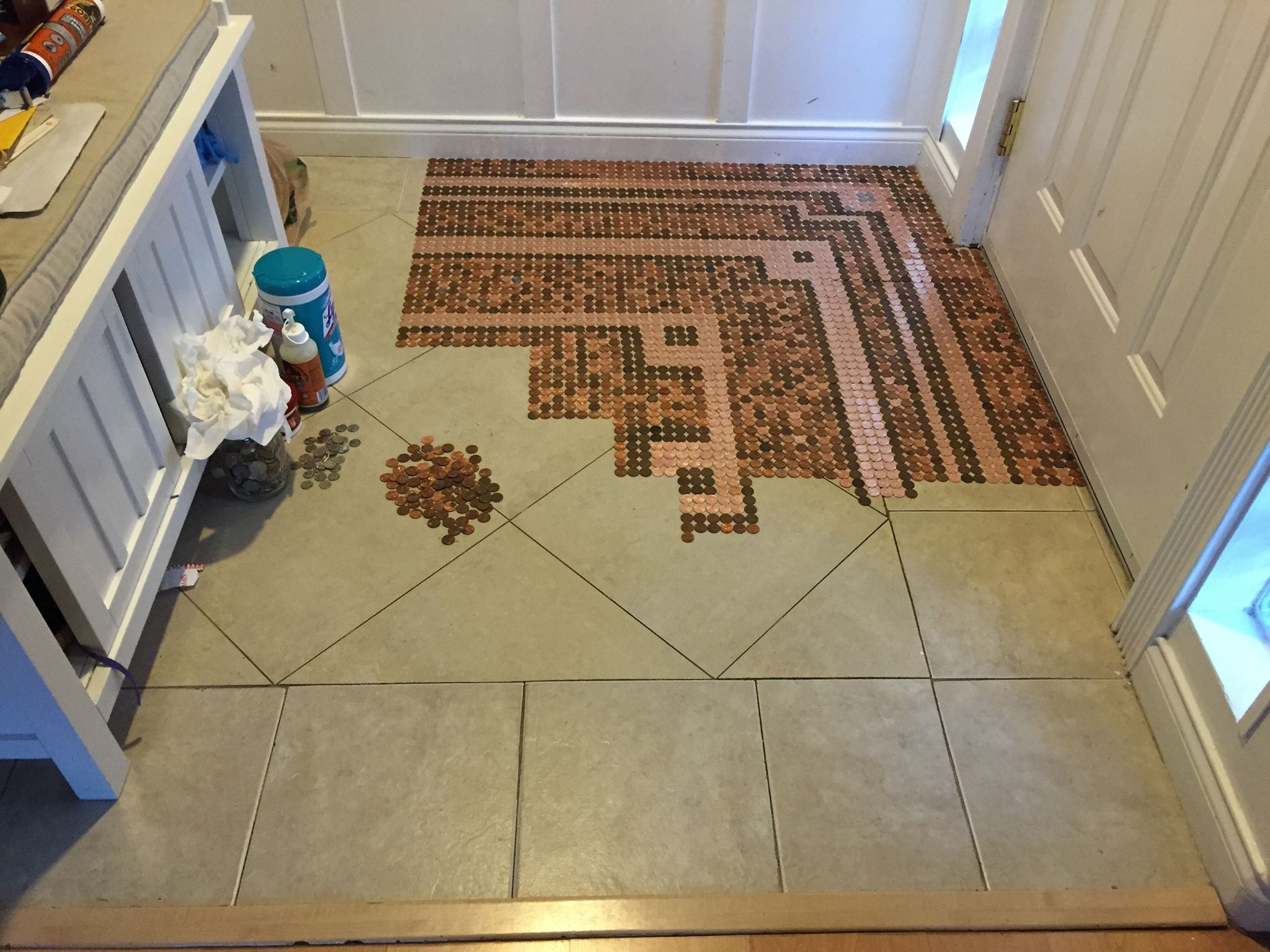 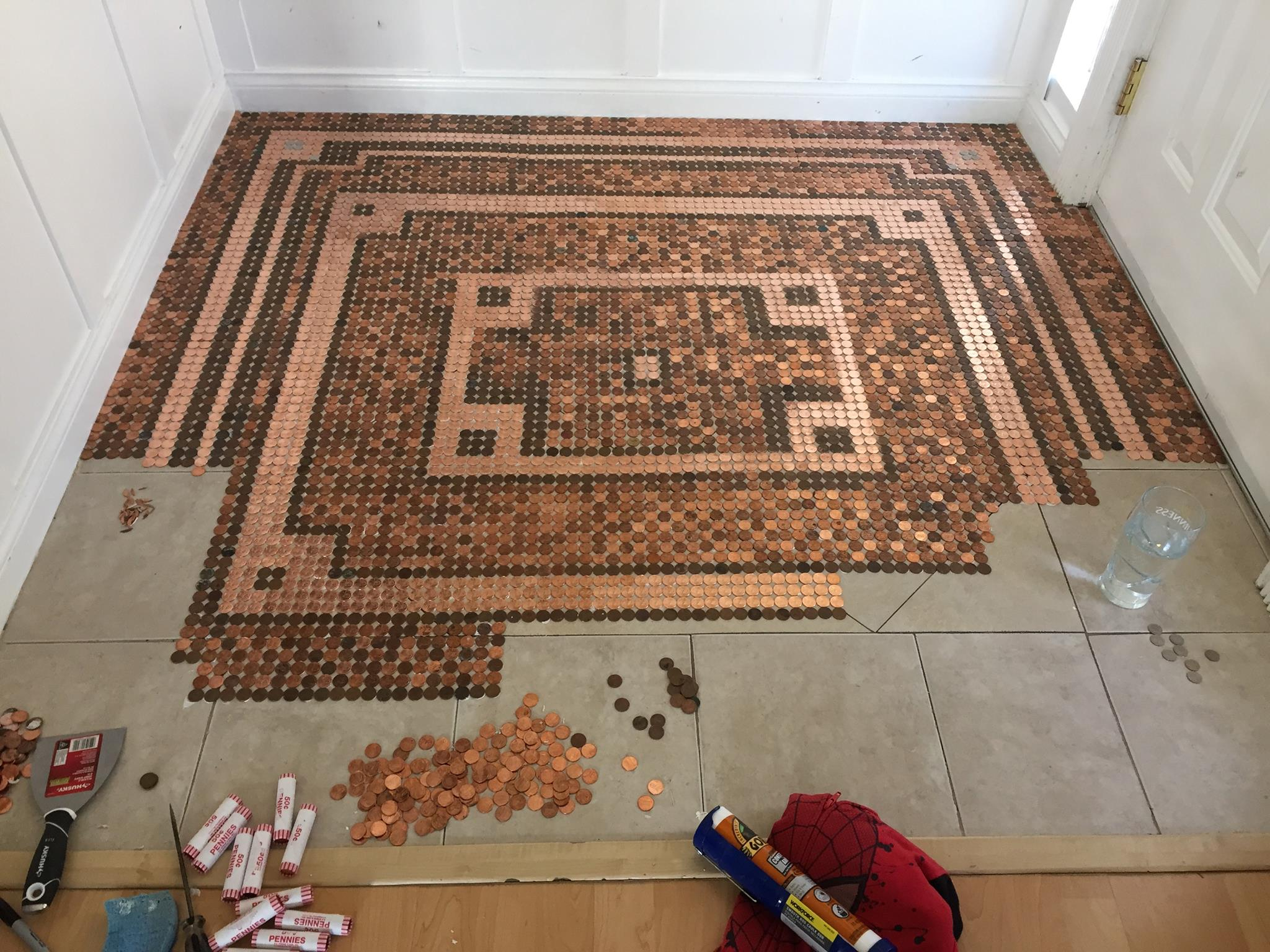 “Yes I tagged her, but with 7 million followers I’m thrilled she saw at all.”

Kelly added: “It only took half a decade, but the floor has gone viral.”

Commenting on how the pennies have fared over the years, Kelly added: "I think my penny floor still looks good, more mellowed but warm and the mosaic pattern is there.

“I've got a few kids and it still looks in top shape.” 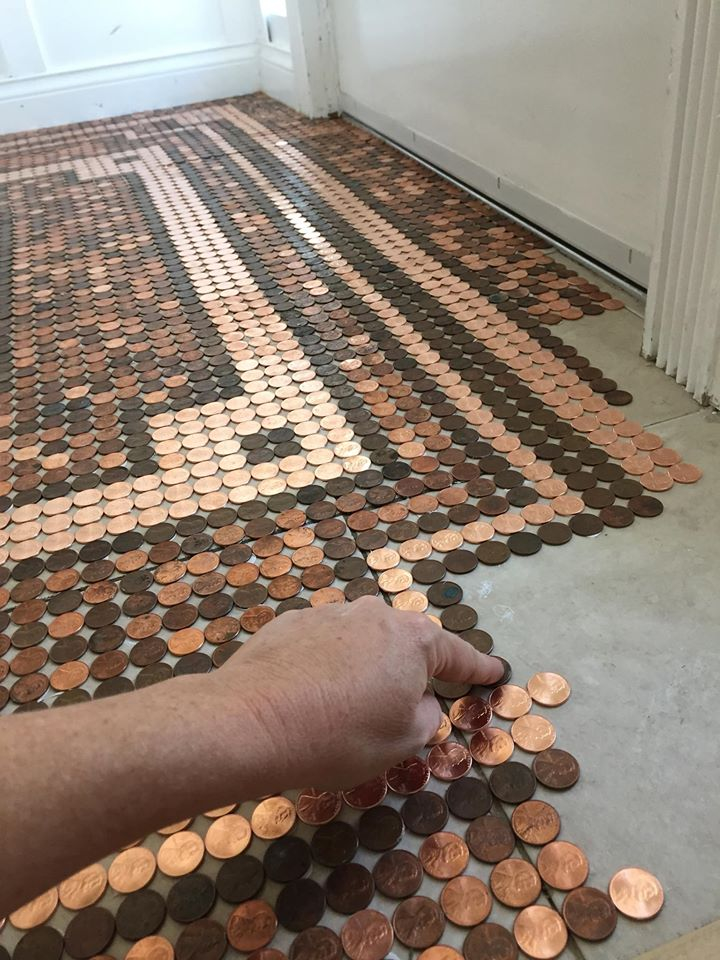 Thousands of people have commented on the project on Facebook, praising Kelly’s dedication.

One person said: “Really stunning. I admire your patience.”

Another wrote: “Omg this is so cool. To collect all those coins and coordinate them to color is remarkable.” 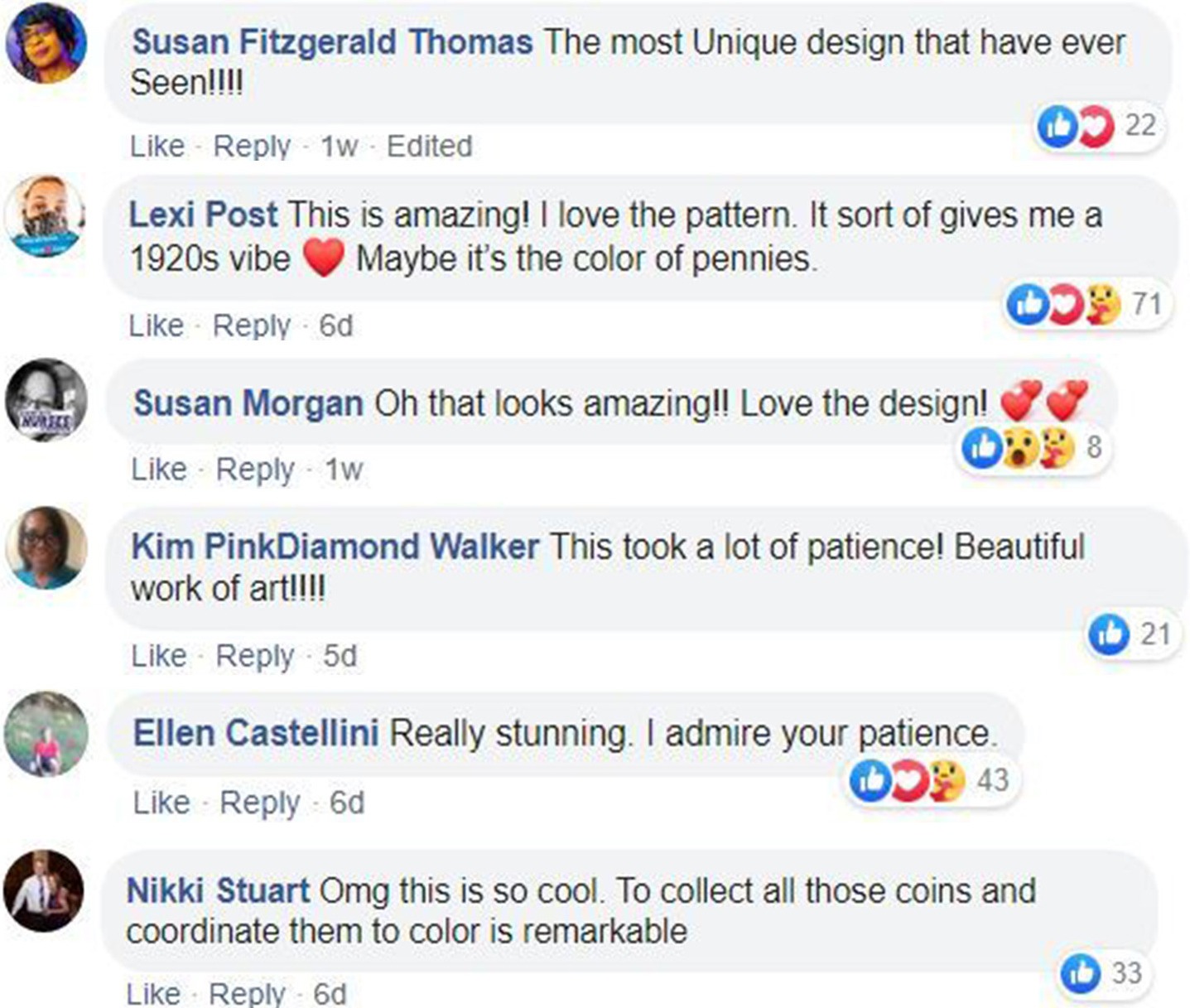 A third commented: “The most Unique design that have ever Seen!!!!”

While someone else raved: “This is amazing! I love the pattern. It sort of gives me a 1920s vibe.

“Maybe it’s the color of pennies.”

Meanwhile this disgusting video shows why you need to clean your floors at least once a week.

And this mum’s genius 49p hack removes fluff from carpets – and people are horrified by how dirty their floors are.

We also shared one woman's hack for getting her windows sparkling using fabric softener and washing up liquid.