Talk about a head-turner! Lala Kent had our jaws on the floor when she debuted her huge engagement ring from fiancé Randall Emmett on Instagram on Saturday, September 1, and now, her jeweler is spilling all the exclusive details on the massive sparkler with Us Weekly.

Richie Rich from Leon Diamond in New York tells Us that despite the fact that Kent, 28, had already been ring shopping with Emmett, 47, ahead of his proposal at her birthday party in Cabo San Lucas, Mexico, the jeweler collaborated with the TV producer on the design without input from the Vanderpump Rules star. “She had no idea that it was coming,” he said. 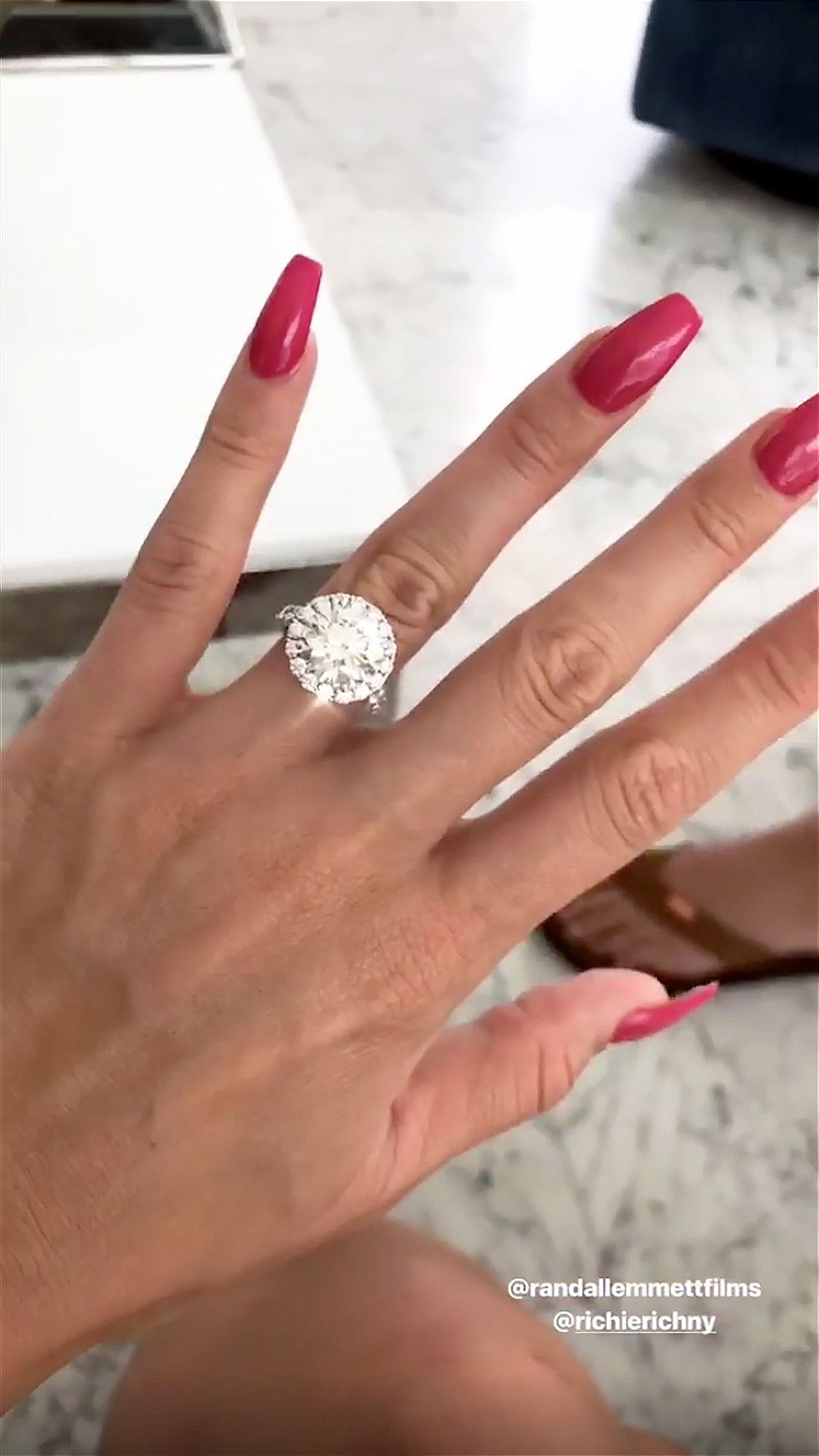 Emmett, who worked with Rich for approximately six months to create the statement piece, opted for an 18K white gold ring featuring just over 6 carats worth of diamonds. The jeweler tells Us the piece goes for “about $150,000.”

“He didn’t want anything too gaudy or too outrageous,” Rich said, adding, “He flew in about three to four times before purchasing the ring and making sure it was the right stone. We sat and designed the ring a few times until it came out perfectly.”

Kent’s fiancé, who was going for something “clean and classy,” also had a sentimental element in mind when picking out his bride-to-be’s round center bauble: “Love goes in a circle and it doesn’t stop,” Rich explained. “He wanted to make sure that it doesn’t end.”

Emmett, who Rich says was initially “very excited” and “a bit nervous,” was stunned by his work of art. “He was shocked when he saw it. He had no words when he saw the finished product,” Rich tells Us.

The Bravo star, who gave a nod to the jeweler with the hashtag #RichieRichDidTheRing in an Instagram Story posted on Sunday, September 2, was equally thrilled. “She just has no words,” Rich shared. “She is just shocked. She’s very shocked. She’s thanking me and saying, ‘Richie, this is the most stunning thing I’ve ever seen. Thank you so much.’”

Rich also spoke about the couple’s loving relationship, telling Us, “I think everything is just so easy for them and they’re very happy together. I’ve been around them many times and I’ve seen other couples have arguments. I’ve never seen them have arguments or anything. They are a perfect couple, really, a perfect couple.”

With reporting by Carly Sloane