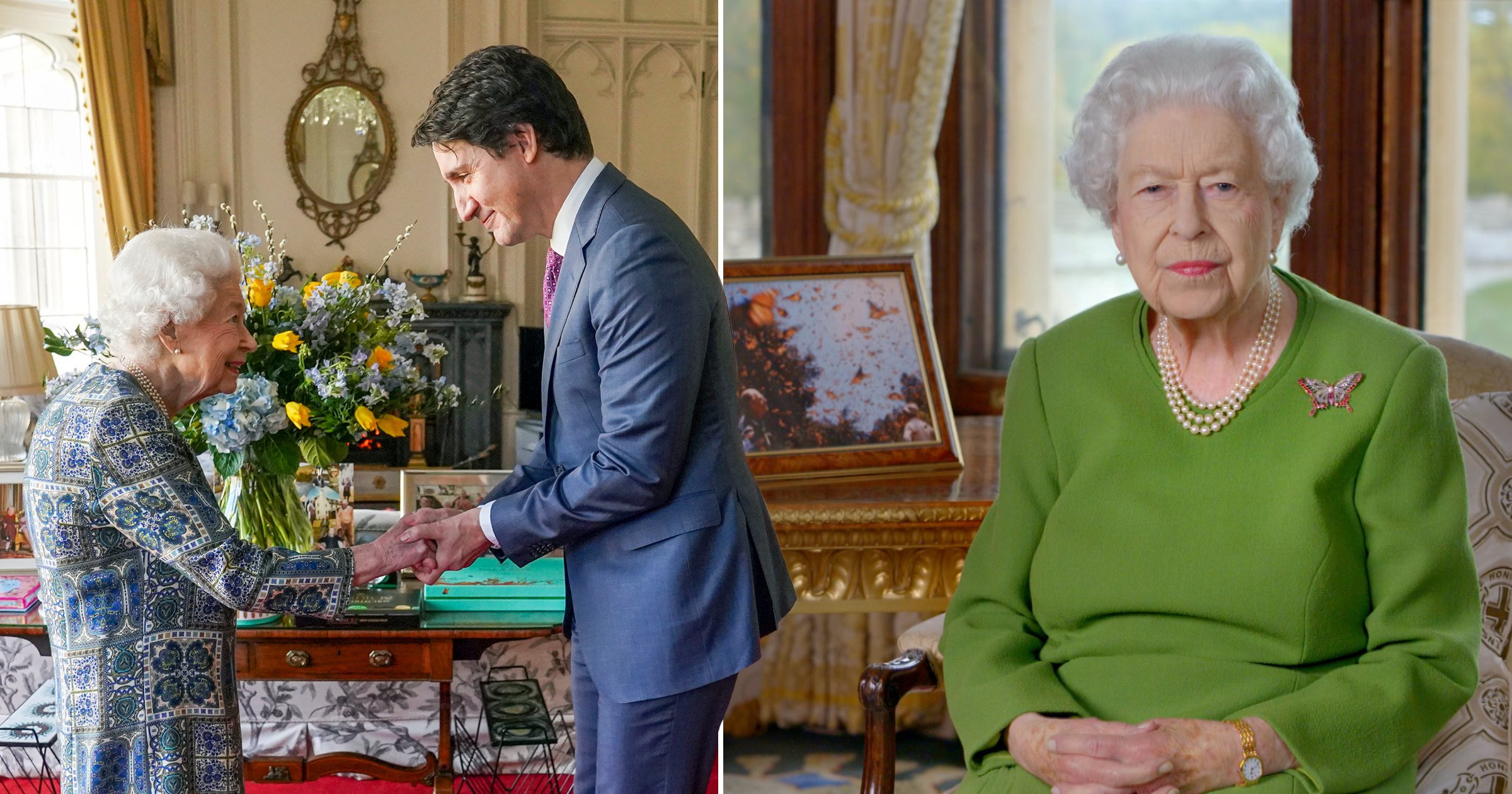 The late monarch rarely talked about her feelings on public – and private – matters, but some believe she used her clothes and accessories to send subtle hints instead.

From sentimental brooches to poignant colour palettes, it seems the Queen made her thoughts known, without ever saying a thing.

So what secret messages did the Queen send over her 70-year-long reign?

Supporting the EU with a hat

In 2017, the Queen attended the State Opening of Parliament – just a year after the public voted to leave the EU.

In her speech – which was written by the government – the Queen explained how the country was preparing to get Brexit done, but her choice of outfit left many wondering whether she was a secret remainer.

The Queen opted for a blue outfit and a striking hat which appeared to resemble the EU flag.

And then, she seemed to double down on her European support during her Christmas Day address in December 2019, when she wore a round brooch, set with 12 diamonds, that looked like the EU flag’s circle of stars.

Head to Metro.co.uk’s Queen Elizabeth II tag page for the latest updates, and sign Metro.co.uk’s book of condolence to Her Majesty here.

President Donald Trump and wife Melania spent three days in the UK in June 2019, during which they attended a state banquet with the Queen at Buckingham Palace.

For the occasion, the Queen donned her Burmese ruby tiara – and Twitter was convinced she was throwing shade at the divisive President, who had been openly criticising Meghan Markle, the Queen’s granddaughter-in-law.

A butterfly for Philip

A bout of illness meant the Queen was unable to attend Cop26, the climate change summit in Glasgow in October 2021, so she recorded an address instead.

For her message she opted for green dress – the colour of nature – and a diamond and ruby butterfly brooch, which was an engagement gift.

Not only was the animal brooch also fitting for a speech about the environment, but many have wondered whether it was a subtle message to Prince Philip, who had died just six months earlier.

The Queen sat in front of an image of her husband surrounded by the creatures, and many associate the appearance of butterflies as a symbol of life after death.

Flying the flag for Ukraine

Shortly after Russia invaded Ukraine, the Queen met with Canadian President Justin Trudeau at Windsor Castle, who had come to the UK to discuss the conflict with Boris Johnson.

Photographs of Her Majesty with the President show the pair greeting each other in front of a large bouquet of yellow and blue flowers – the colours of the Ukrainian flag.

The Queen also wore a blue dress with yellow accents, suggesting she was showing her support for the invaded nation.

In April 2020 the nation was coming to terms with being plunged into a lockdown during the Covid-19 pandemic.

The Queen recorded a message for her public, during which she promised ‘we will meet again’.

For the occasion, she wore a turquoise and diamond brooch that belonged to her grandmother, Queen Mary. The stone is said to be one that promotes healing and love.