LOOK out David Beckham because an up-and-coming football star has arrived on the scene – and he's only TWO years old.

Toddler Ted Brown has been mad keen on football even since he started walking 18 months ago. 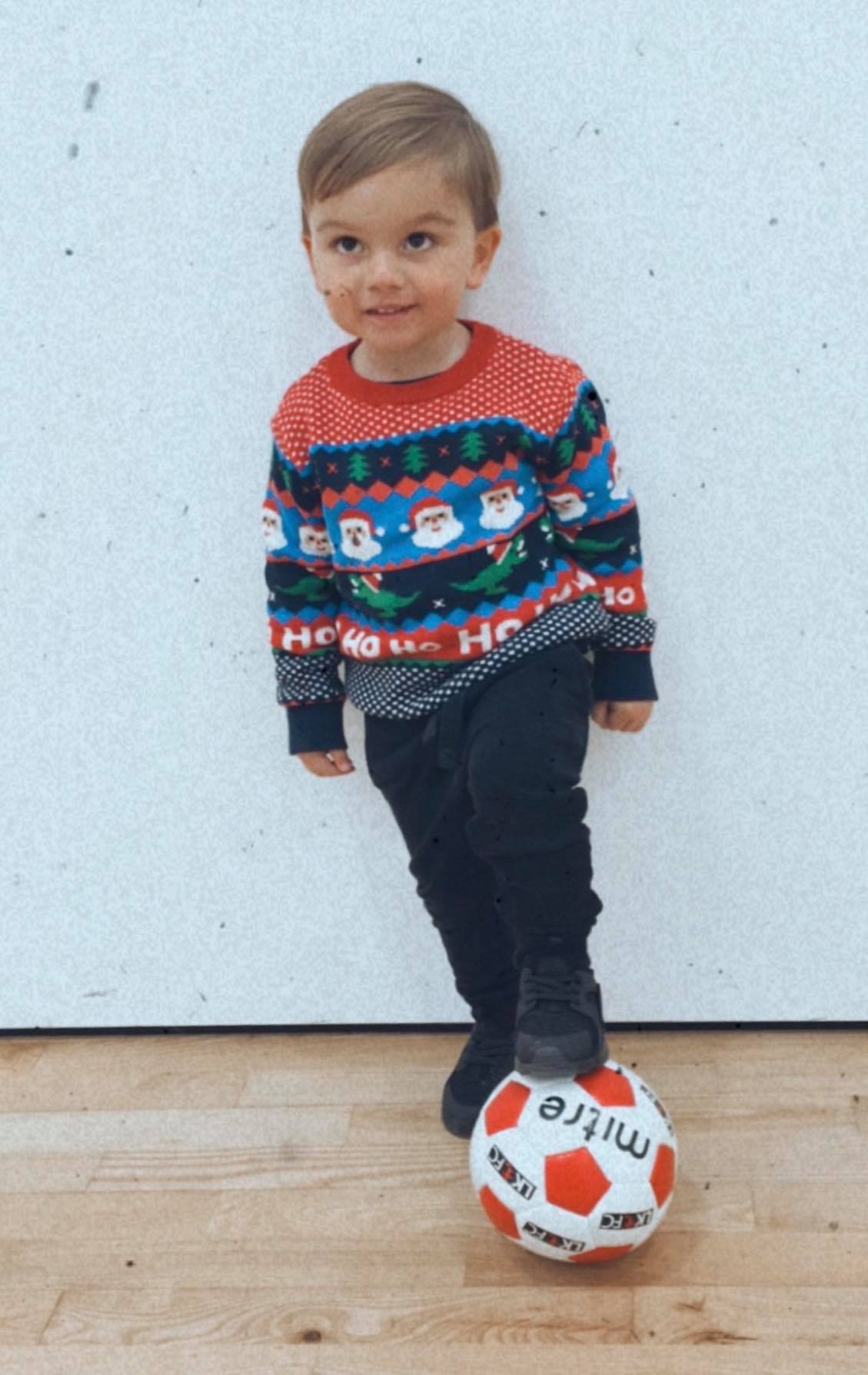 The devoted Chelsea fan, who lives in Hampshire with parents Daisy and Ryan, plays football at least 30 minutes everyday – and has never shown an interest in any other toys.

Daisy told The Motherload: "It sounds silly but as soon as Ted could walk he was kicking a football.

"He practices every day, in the house, at the park or at soft play, basically wherever we are! We have wasted a lot of money on toys that have never been played with as football."

The adorable football fan naturally uses his home as his training ground – and much to his parents' amazement, scored an incredible goal in their washing machine with just one skilled tap. 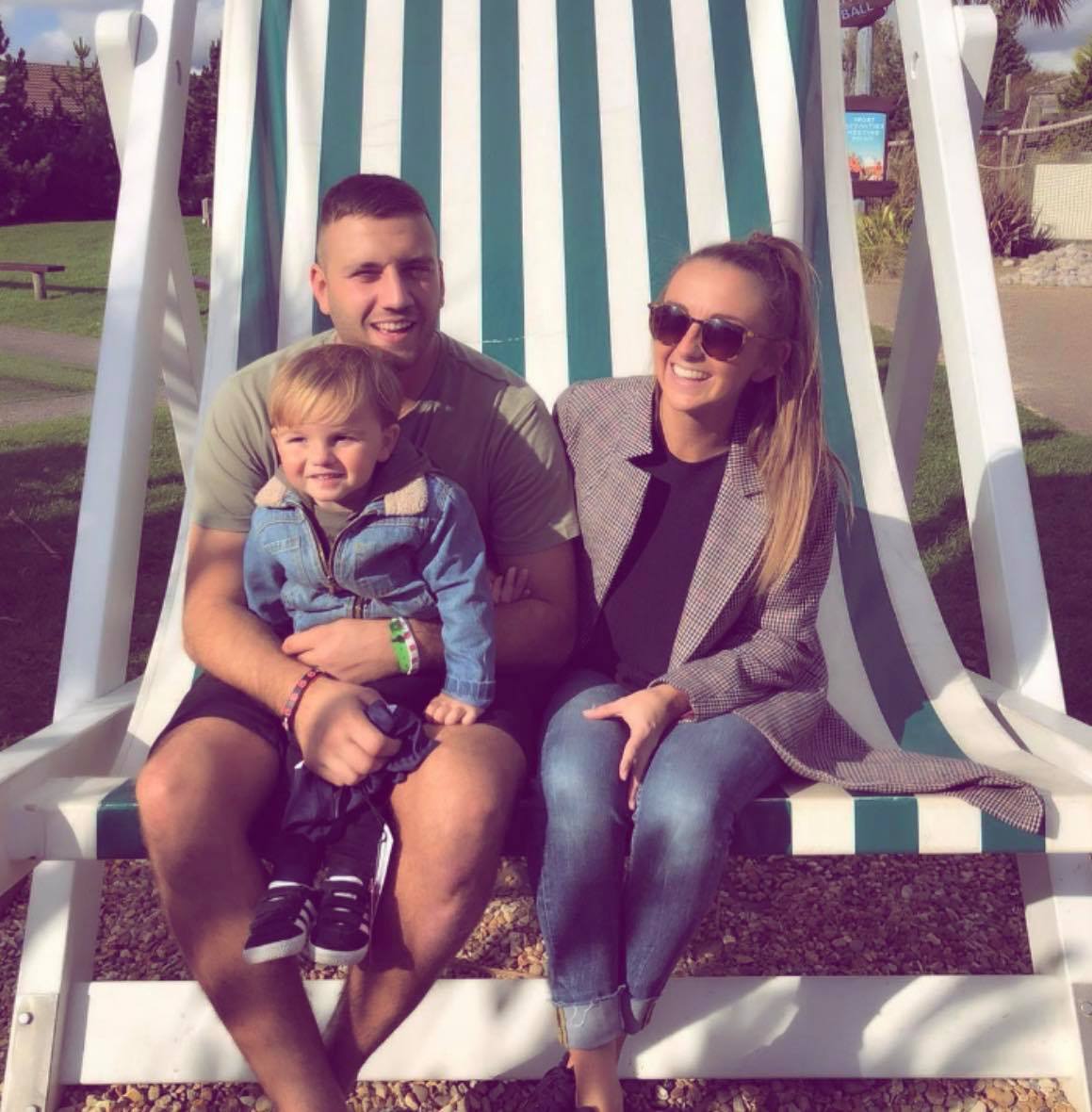 Sharing the amazing clip on the Facebook group The Motherload, Ted does a quick little run up to the ball before expertly aiming into the washing machine across the other side of the room.

And we're not even exaggerating when we say Wayne Rooney himself would be proud of that shot.

To make it even more adorable, little Ted can barely contain himself after hitting his target and yells "YES!" before giving his godfather a high-five.

But before we all dismiss it as a lucky shot, the mum has also captured Ted lobbing his football across the landing and into a basketball hoop too. 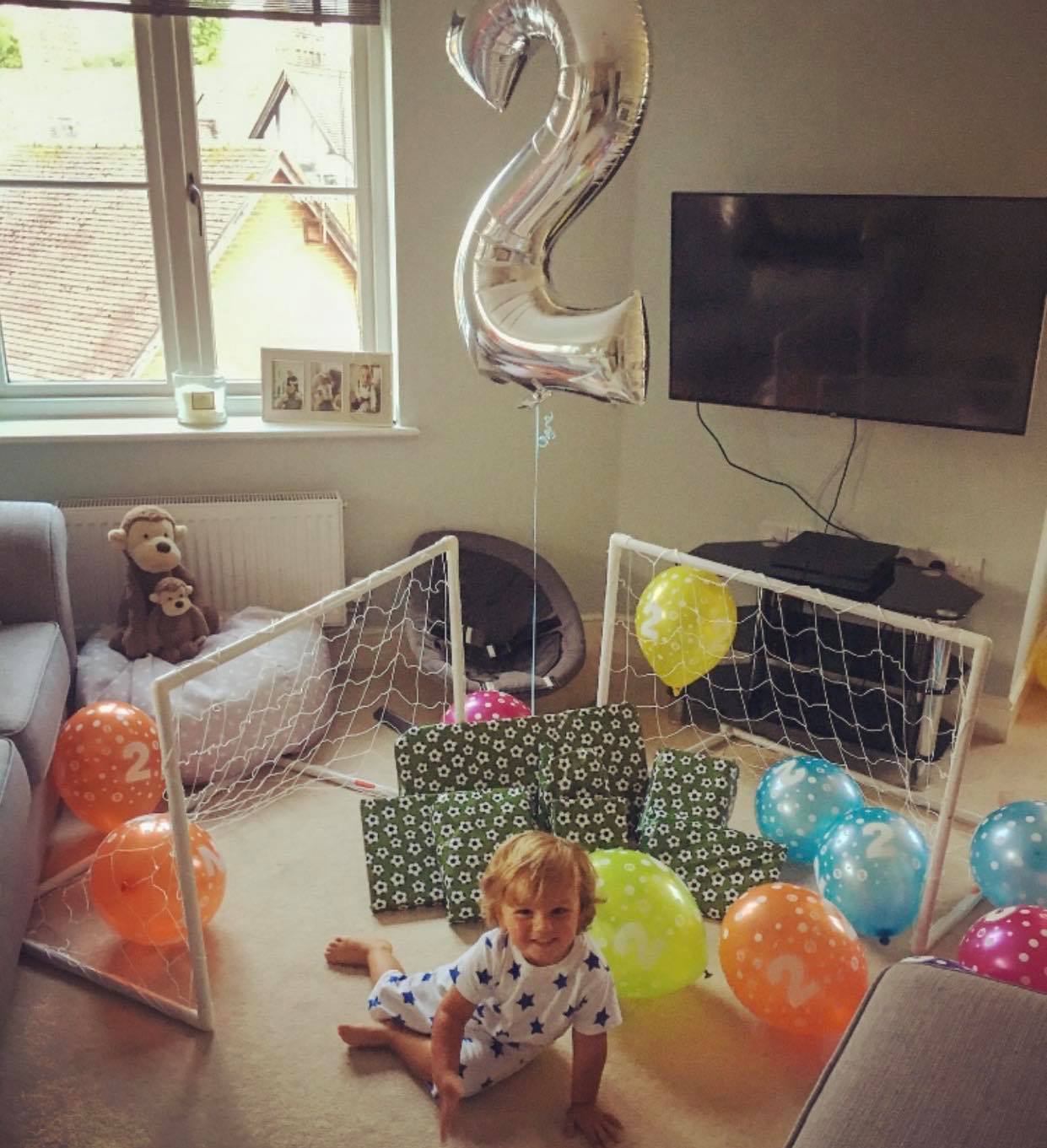 Although he's discovered his talent for the beautiful game at an incredibly young age, Daisy says they've never once pushed football on their son.

She added: "We live right opposite a park which is perfect for ted and his football obsession.

"We are a very out doors type of family so when it comes to the weekend we always go on adventures such as walks, the zoo, lots of parks, but wherever we go a football comes too!"

Unsurprisingly, Ted's dad Rory is also into his football and plays for a local club and supports Chelsea- but Daisy says it's "nothing major".

What's more, the budding young athlete even had football-themed second birthday party in July 2019 where he was given two mini goals, numerous outdoor and indoor footballs, cones, footie-related books and a full Chelsea kit.

Daisy joked: "Any other gift was a waste of money!"

Vote for your Fabulous Mum of the Year and WIN

DO you know a mum who deserves some extra recognition?

Whether she’s overcome adversity, dedicates her life to help children in need, works long hours to support her family or is just an all-round supermum, we want to hear your stories.

Nominate her for our Fabulous Mum Of The Year Award and she could win an overnight stay for two at a Champneys spa of her choice complete with a Bronze treatment package, which includes a full-body exfoliation and cocoon wrap.

Two runners-up will take home goodie bags worth hundreds of pounds including an afternoon tea with bubbles thanks to Buyagift, plus all three will have a makeover and appear in a gorgeous Fabulous magazine shoot.

Meanwhile, you could win a Samsung TV worth £499 or fashion vouchers for £100 or £50 from Next, Marks & Spencer, F&F at Tesco and George at Asda simply for nominating her!

If you want to nominate a mum then fill in the form here.

To enter, upload a photograph of the mum you are nominating and explain why they deserve to win.

The deadline for entries is Sunday, February 23, and one winner and two runners-up will be announced on Sunday, March 22. Good luck – we can’t wait to hear from you!

For more sweet stories, this is the moment a genius dad got his crying son to stop wailing by playing back a recording of his screams.

And this mum was in hysterics over her daughter's sassy rant after her classmate stole her "perfect attendance" prize pencil.

Plus this "genius" mum Photoshopped cockroaches onto a snap of her son after he refused to take a bath – and now he won't stop washing.