In a twist that shocked the globe, it would be this social media selfie that would help police solve the homicide. Just after midnight on March 25, 2015, the pair had gone out in their hometown of Saskatoon, Canada. According to Cheyenne Rose, they visited several bars before Brittney, who was studying for her high school diploma at Nutana Collegiate, had gone off with a man she’d met that night, while Cheyenne Rose met up with her uncle.

The next morning, Cheyenne Rose posted a message on Brittney’s page: ‘Where are you? Haven’t heard from you. Hope you made it home safe.’

But Brittney was already fatally injured. She was discovered by a walker on waste ground and rushed to hospital, where sadly she later died. She’d been strangled with a belt that was found nearby. Police released pictures of her clothes and personal items in an attempt to identify her early on.

“Just seeing the photos of her hood and jacket and watch told me she was struggling,” said close friend Atasha Storey, 32. “There’s blood on the hood and her watch is broken. It just shows that somebody did this to her.” 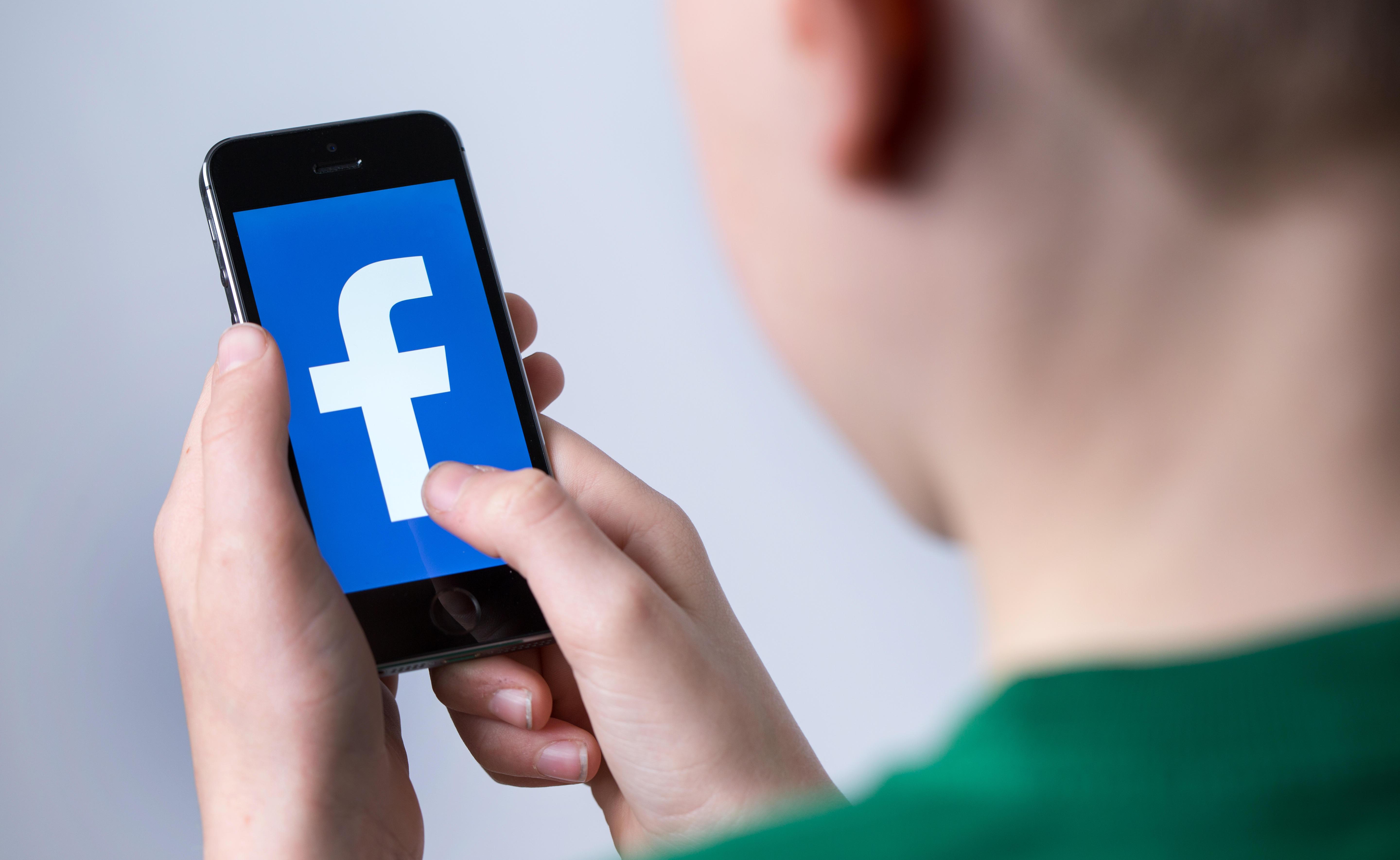 That somebody was Cheyenne Rose, although it would take another two years before the evidence began to stack up against her.

“Things didn’t add up from the beginning,” Angelina Irinici, a reporter with CTV News in Saskatoon, exclusively tells Fabulous. “She was always the main suspect, but the police needed enough information to charge her.”

However, an anonymous tip-off months after the killing alerted police to the fact that Cheyenne Rose was lying.

“They said Cheyenne Rose showed up at their house in the early hours of March 25, banging on the door, intoxicated and hysterical, saying she had got into an argument with Brittney and had choked her,” reveals Angelina. 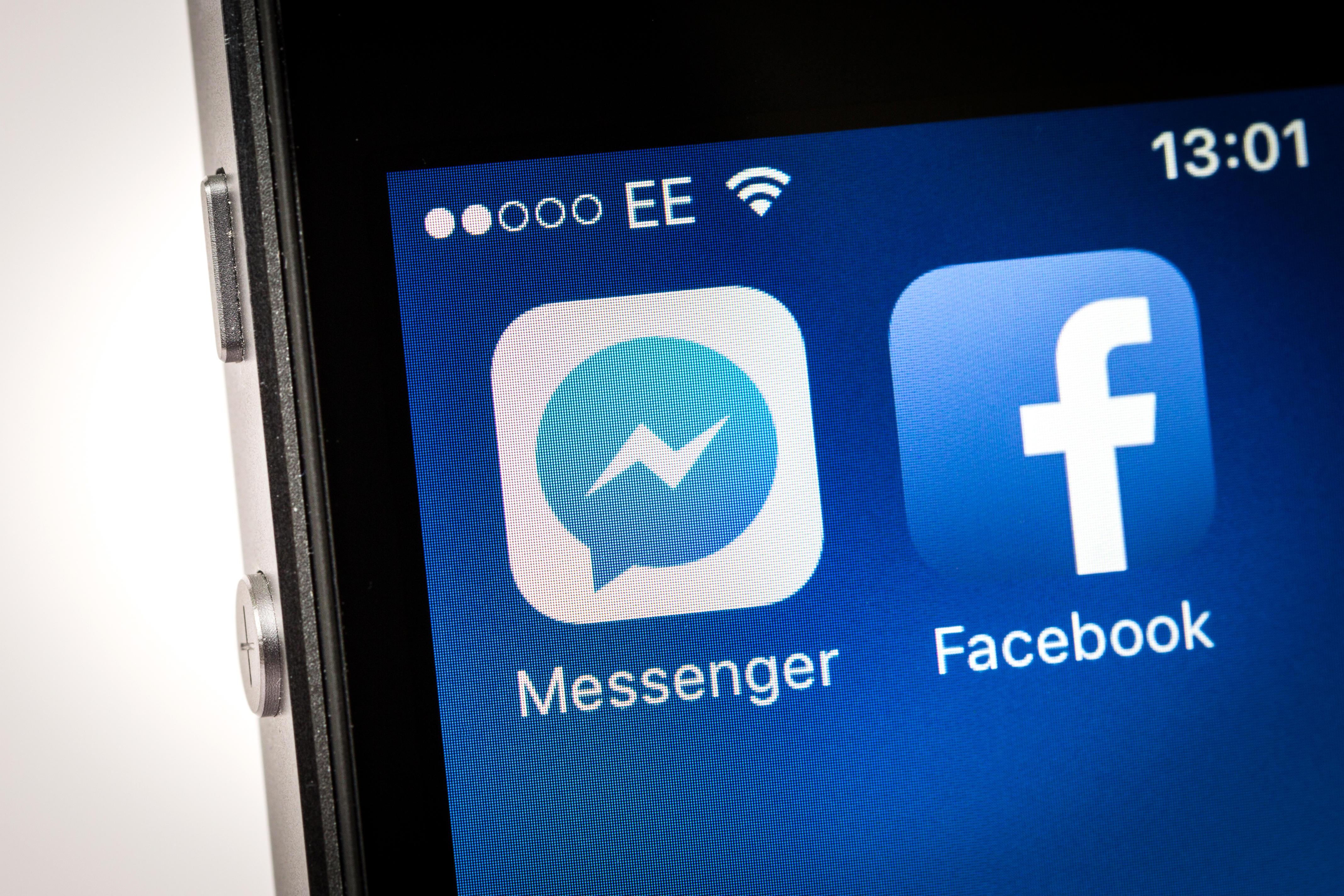 Investigators began to scrutinise Cheyenne Rose’s Facebook posts to develop a timeline of where the women went on their night out. They also mined data from Cheyenne Rose’s mobile, which recorded Wi-Fi signals at locations and times that didn’t match the information she’d given detectives.

Most importantly, they went through the hundreds of pictures on Cheyenne Rose’s Facebook page with a fine-tooth comb. That’s when they stumbled across a re-post of one of the many pre-party selfies that Cheyenne Rose had put up six months after Brittney’s murder, with the caption: “I miss you soo much Bert! [Cheyenne Rose’s nickname for Brittney] Wish heaven had visiting hours so I could come see you, but I’m so glad you came & visited me in my dream last night.”

The selfie, which was taken six hours before Brittney was found, showed Cheyenne Rose wearing the woven blue belt with a large buckle that was found at the murder scene.

The belt’s pattern and colour were then matched to marks found in Brittney’s car, which indicated a struggle, and that led prosecutors to identify the belt as the murder weapon. 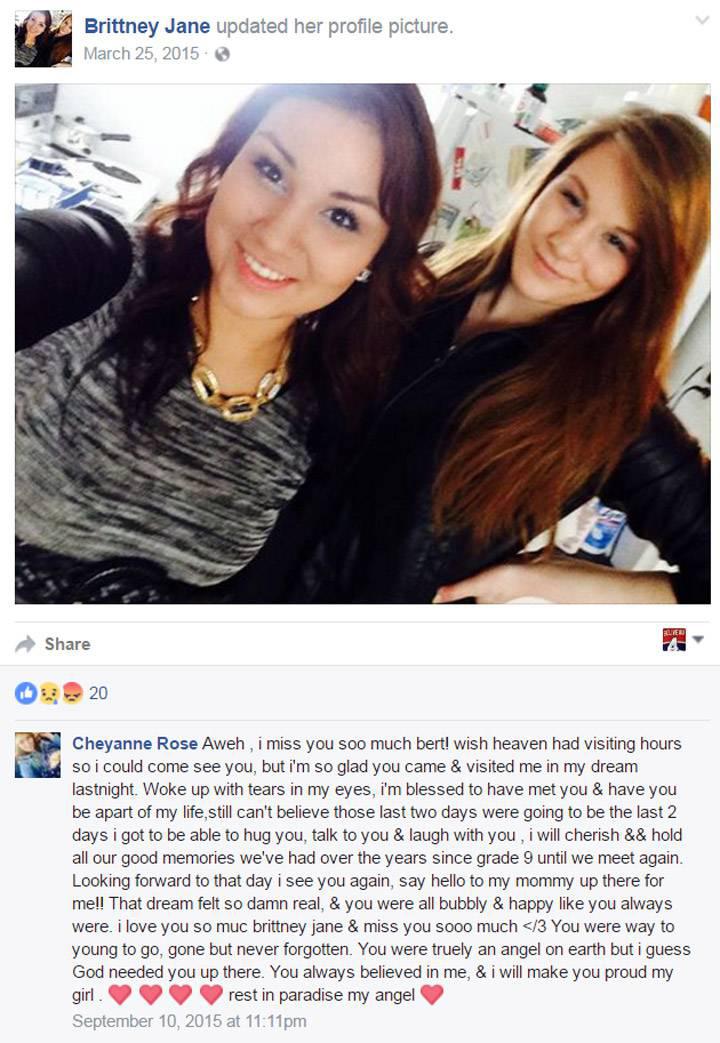 “People live in wilful ignorance of the data trails they leave behind,” explains Andrew Ferguson, law professor at the University of the District of Columbia and an expert in digital forensics. “But this digital record is a gold mine for police investigators trying to piece together a narrative of what happened during a crime.”

According to tech analyst Gartner, globally there are already 8.4 billion gadgets connected to the web, and it’s estimated that by 2020 there will be three smart devices for every person on the planet. Each will contain information to help create a highly detailed profile of its owner – and their actions. While for most it will never reach the hands of the police, for some, these digital eyewitnesses could trigger their criminal downfall.

“When police followed up with the uncle, he admitted that Cheyenne Rose was trying to use him as an alibi,” reveals Angelina.

Cheyenne Rose was brought in for questioning and her lies began to unravel, especially when she was told that her belt had been identified as the murder weapon. Eventually she admitted to police that she and Brittney had been drinking and doing drugs that night and had got into a heated argument because Brittney had snatched her phone. 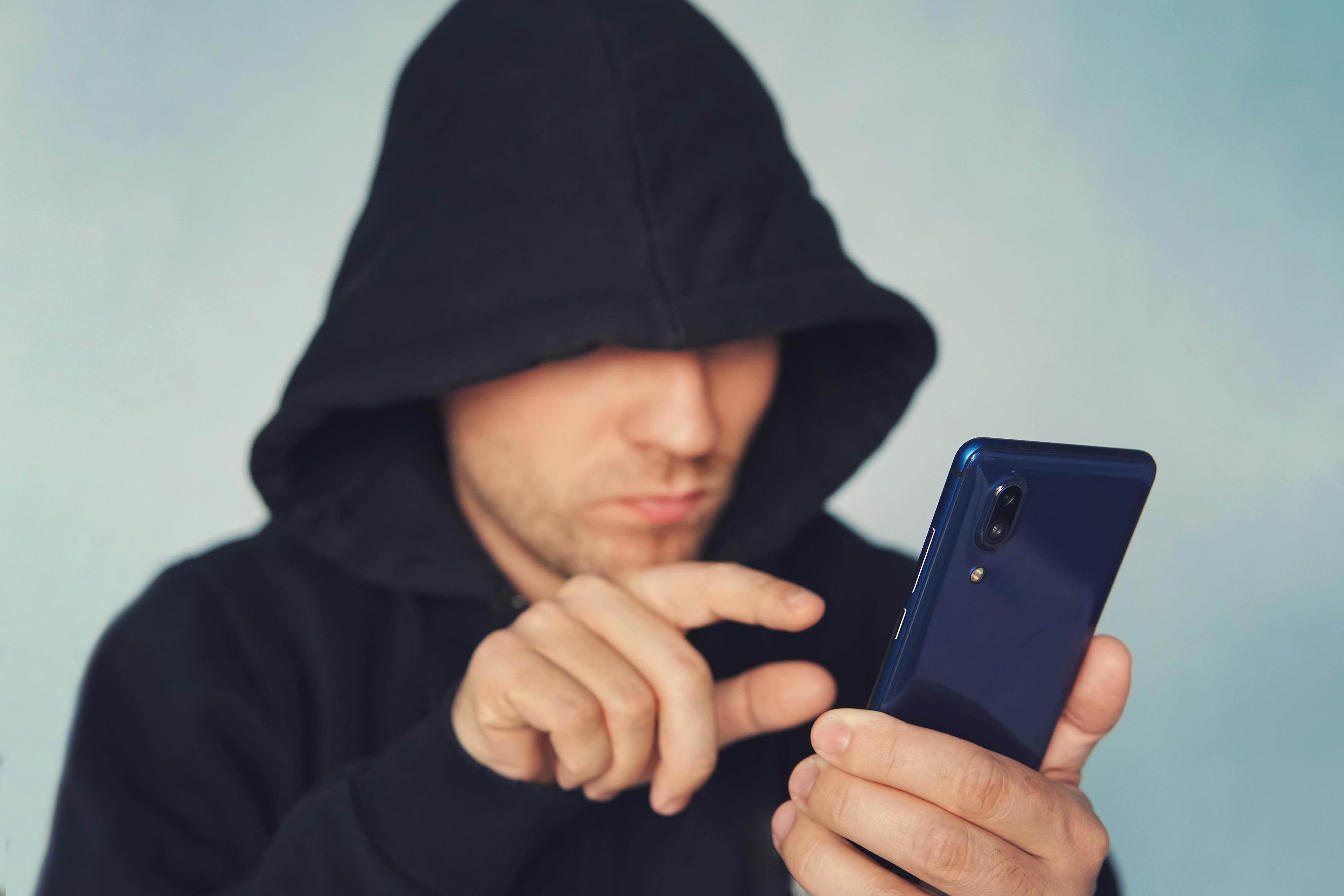 But, Cheyenne Rose claimed, she had no recollection of killing her friend. Regardless of that, she was charged and pleaded guilty to manslaughter in January this year. She was sentenced to seven years in prison.According to Rick Muir, Director of The Police Foundation in the UK, using people’s digital trails is becoming increasingly normal in criminal investigations.

“Police are being trained in using technology in their enquiries,” he explains. “The problem is the digital world is changing all the time. It’s going to be very difficult to keep up. And there’s just so much information out there, police are trying to work out what’s worth trawling through and what isn’t.

"You can use algorithms to help look for buzzwords, but when you’ve got thousands of text messages, emails or social media posts to go through and you miss something vital or conflicting, it could end up causing a trial to collapse.”

One upcoming trial in Connecticut in the US is expected to rely on Fitbit data as its star witness. The accused is Richard Dabate, 40, and his alleged crime is the murder of his wife Connie, 39, two days before Christmas 2015. 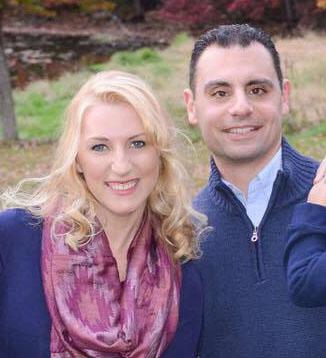 After returning home following a gym class that had been cancelled, Connie was killed in the basement. Her husband claimed it was a bungled burglary by a masked intruder – but Connie’s Fitbit suggested a different story.

In an arrest document obtained by local newspaper The Hartford Courant, the police said: “Dabate stated he opened the bedroom door and saw the intruder in the closet looking through things. [He] stated the intruder was about 6ft 2in, larger than he was, and was wearing a dark green camouflage suit and mask. The intruder then noticed he was in the room, and he [the intruder] pulled out a knife.”

After that, Dabate claimed that the burglar ran out of the room and ended up shooting Connie in the basement.

However, this dramatic version of events is now under question after Dabate told detectives that all of this happened in a period of about five minutes from the time he arrived home at 9am – meaning Connie would have been dead by 9.05am. Yet Connie’s Fitbit, which she had worn to her cancelled class, suggested a series of different movements. 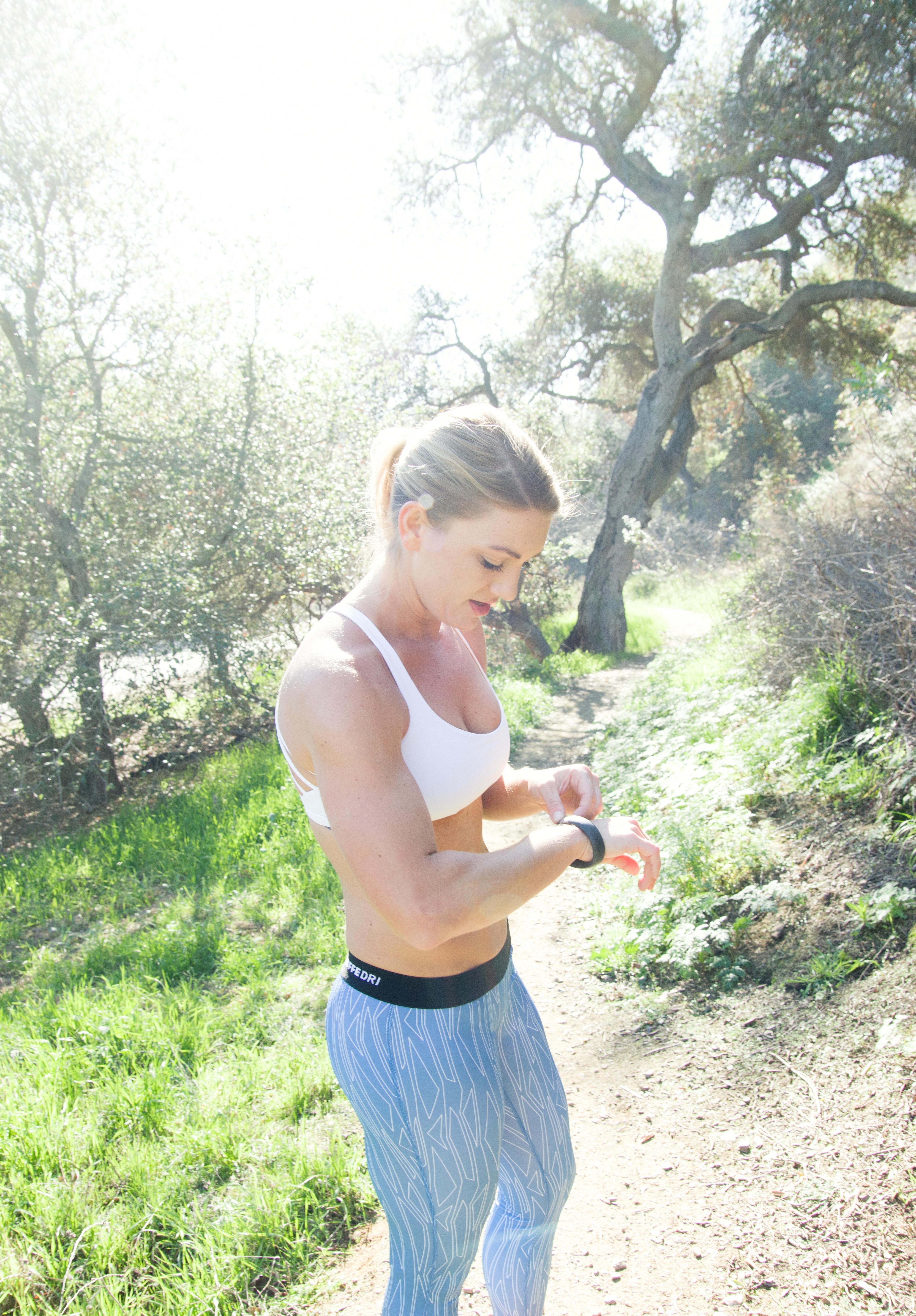 After being silent for the nine-minute drive back from the gym, her tracker reactivated again at 9.23am, the same time that the alarm records from the house show the garage door had been opened, which investigators concluded was the exact time Connie arrived home from the gym.

At 10.05am, the Fitbit data registers its last movement and calculates she had moved 1,217 feet inside the house. So, according to her tracker, between 9.23am and 10.05am, Connie was moving around her home a whole hour after Richard said she was shot in the basement by the intruder.

And it’s not just Connie’s Fitbit that’s being used as a digital eyewitness. Data obtained from Facebook showed that she posted three fitness and lifestyle videos at 9.46am, and there is a record at 9.18am of Dabate using his laptop in the house to check the class schedules. The weight of this evidence was enough for detectives to arrest Richard Dabate on April 14, 2017 and he now awaits trial on $1million bail.

“Fitbit has turned out to be a great data source for investigators as it adds another ‘digital eyewitness’ to a case,” explains Jonathan Rajewski, a computer forensic examiner with the Vermont Internet Crimes Task Force. 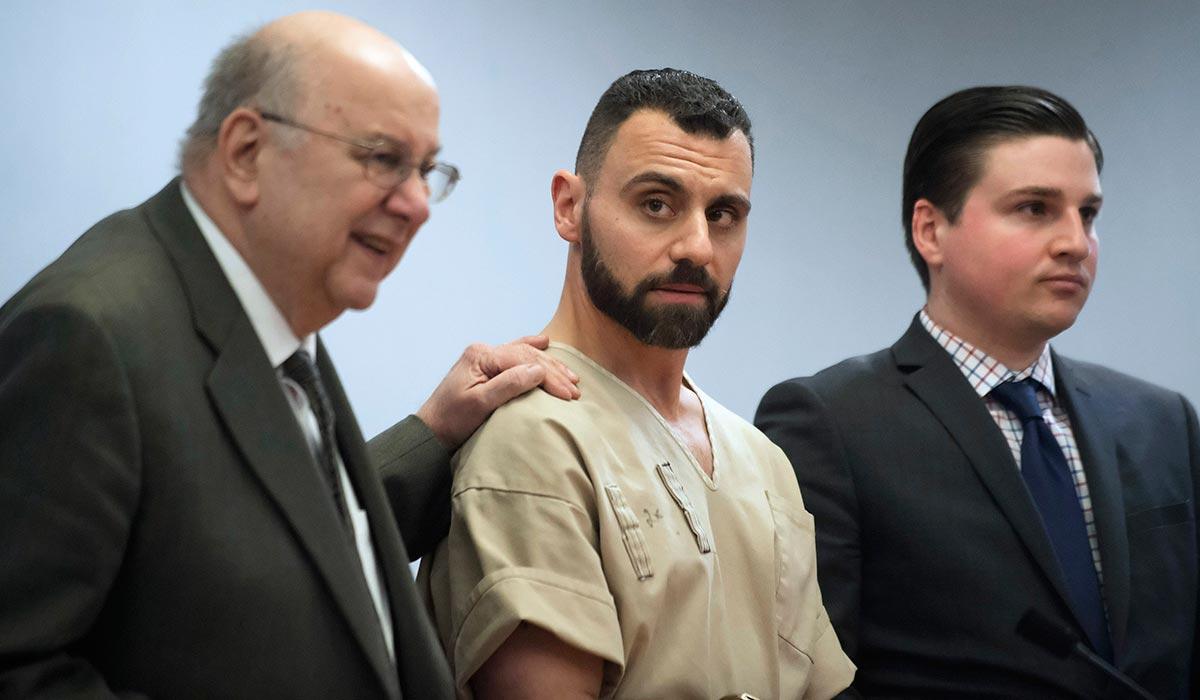 “Having this information instantly available also means police get leads much quicker than other types of evidence, such as DNA or gun residue.”

Andrew Ferguson adds: “The Richard Dabate murder case is just the tip of the iceberg when it comes to incriminating digital evidence. Police are only just beginning to think about the clues stored digitally in our cars’ black boxes and the tracking data in our smartphones.”

Household voice-activated assistant Amazon Echo was used during the investigation of a case in Arkansas in November 2015. Police believed the smart speaker may have recorded evidence in the death of Victor Collins, 47, who was found floating in James A Bates’ hot tub after a night of heavy drinking at his home. 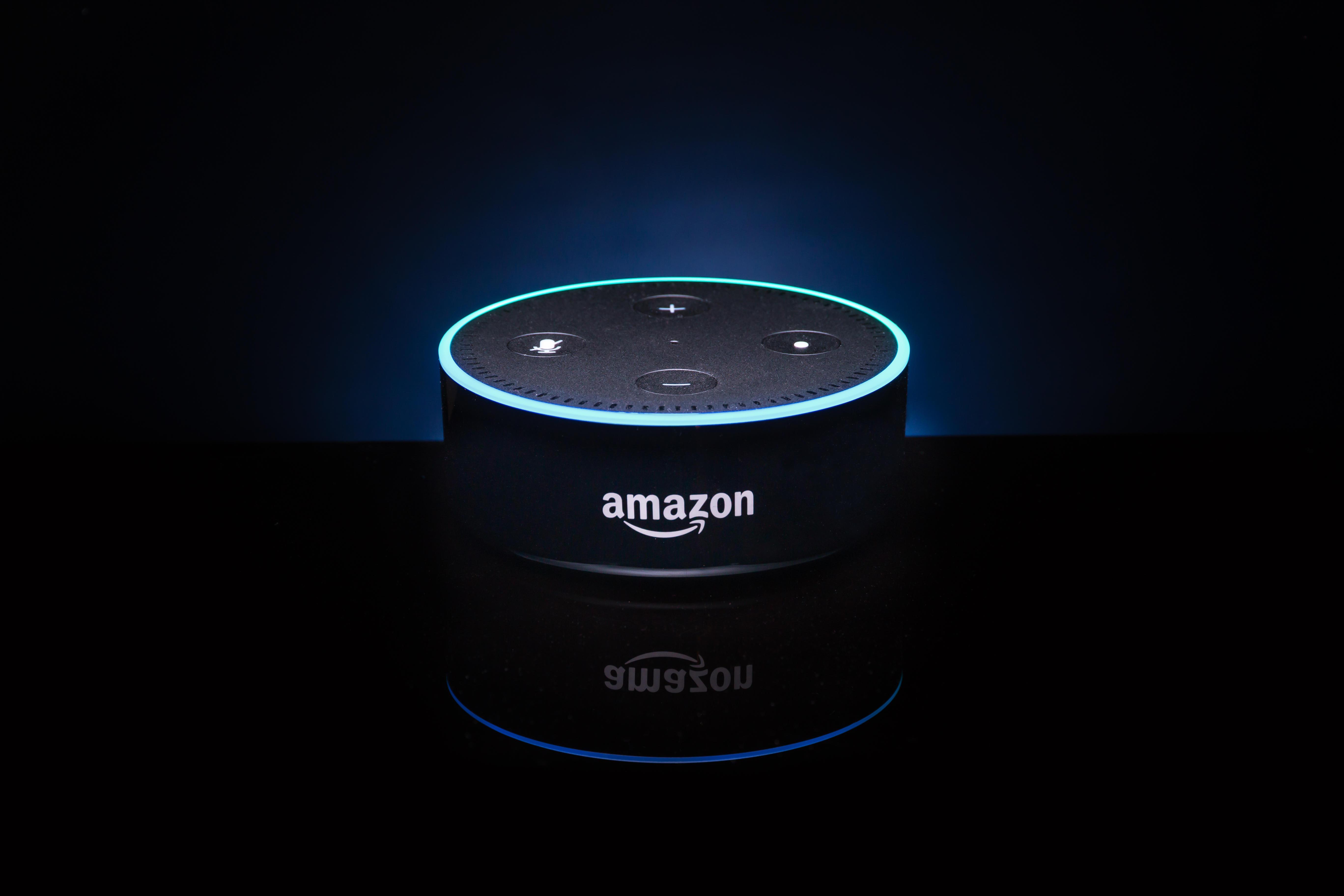 Ultimately, the recordings were deemed inconclusive and all charges against Bates were dropped, but experts believe it won’t be the last time the likes of Alexa will be called to trial.

“If you consider what a detective is tasked to do on a daily basis, you can see the value of digital clues from smart devices,” says Andrew.

And while at present voice activated assistants such as Alexa or Google Home don’t have the technology to call the police on command, experts believe that it won’t be long – especially as there’s already an app available called Ask My Buddy, which you can set up within devices to call a designated friend if you need help. 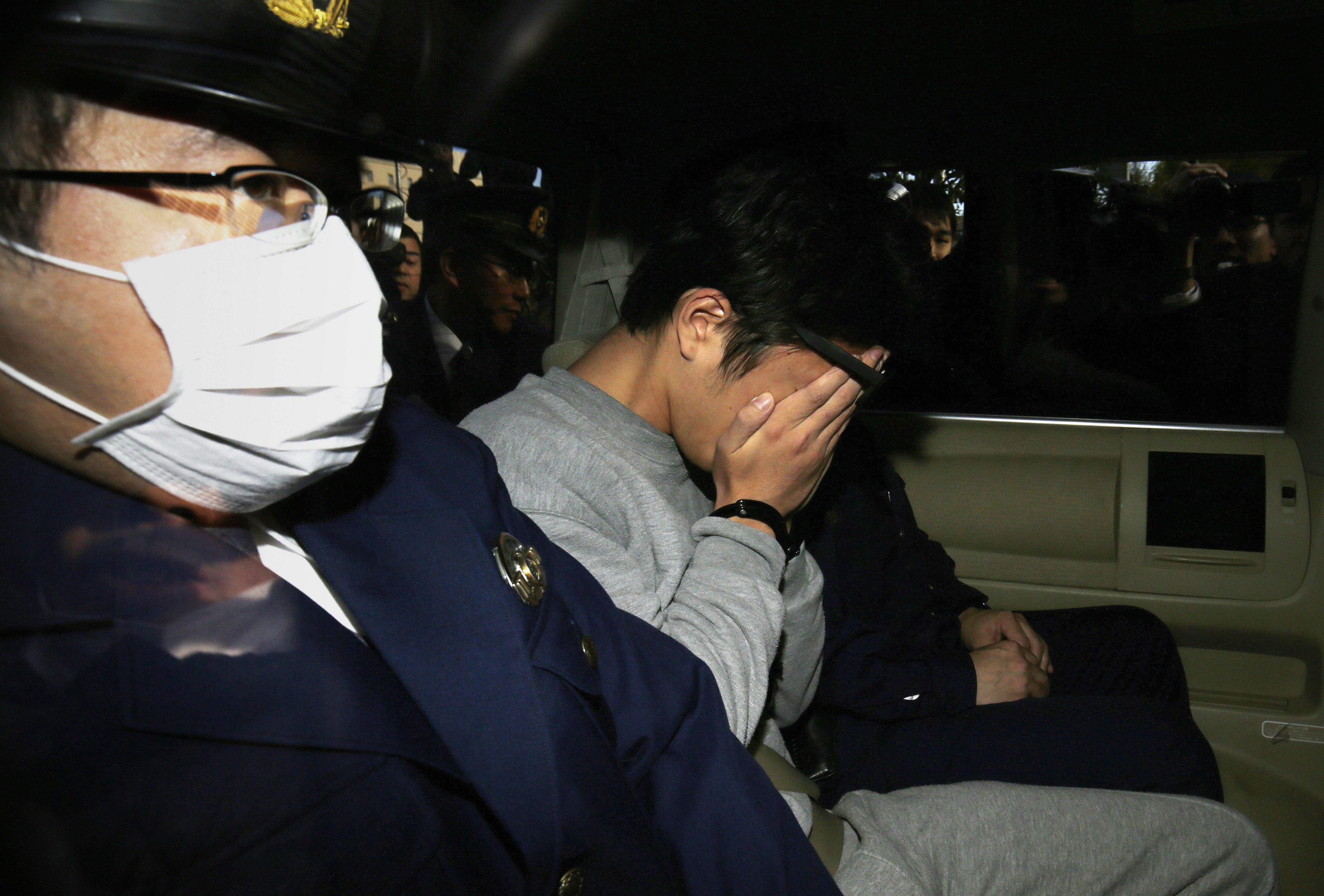 The 27-year-old supermarket worker found his victims on Twitter, and it was the social media site that led detectives to him on the morning of October 31, 2017.

When police swooped on Shiraishi’s apartment they found him at home, along with nine human heads and 240 bones, which he had hidden in a variety of tool boxes and coolers arranged around his cramped studio.

His last victim, Aiko Tamura, 23, went missing in late October. As her family grew increasingly desperate to find out what had happened to her, Aiko’s brother logged into her Twitter account and found that she had been direct messaging a user called @hangingpro, who described himself as an expert in assisted suicide.

“I want to spread my knowledge of hanging,” @hangingpro’s Twitter bio chillingly explained. “If you are at a dead end, please consult me.” 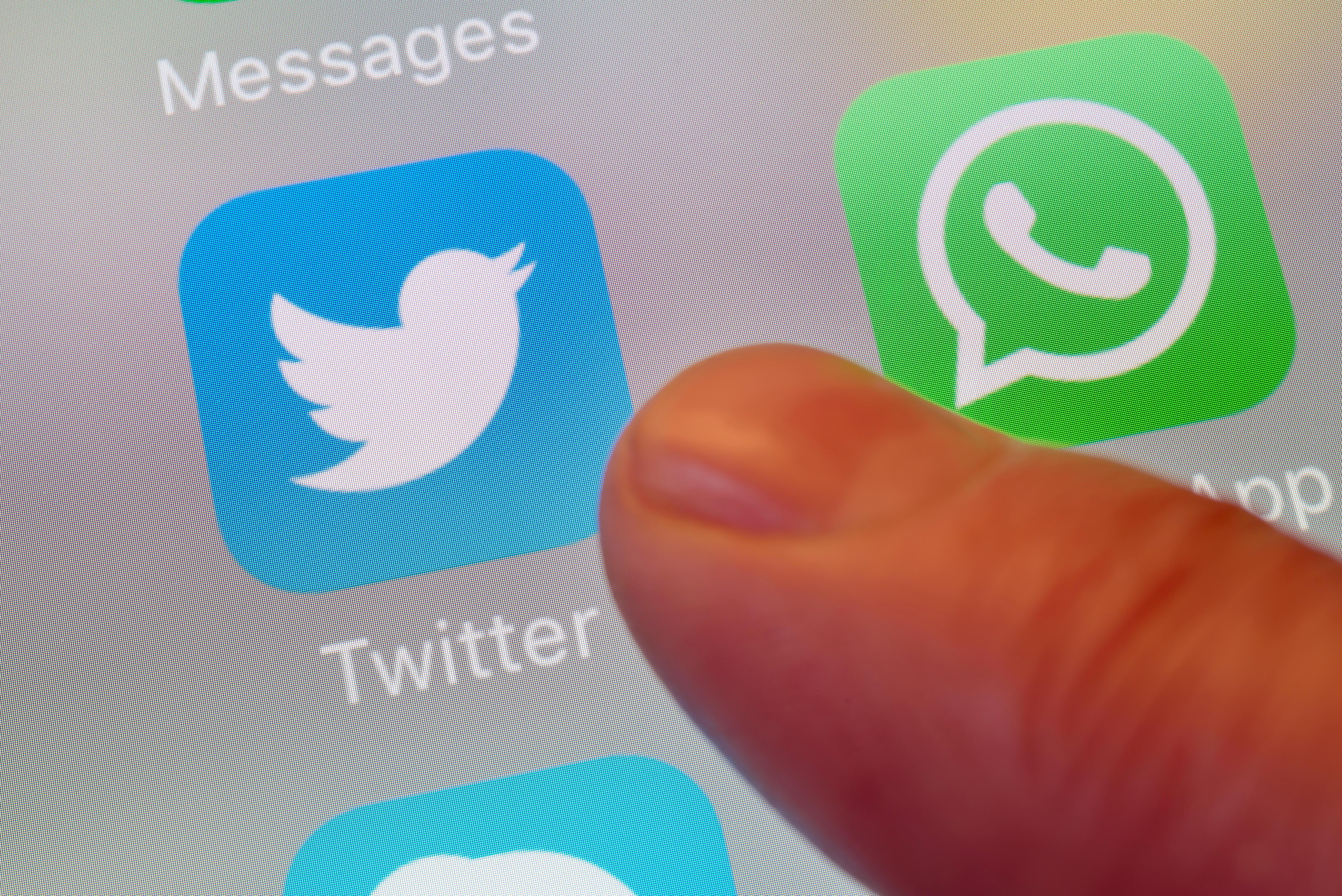 “Japan suffers from high suicide rates and Twitter is often used by young people to express fears and anxieties in a society that doesn’t readily accommodate that,” explains Yasuyuki Deguchi, professor of criminal psychology at Tokyo Future University. “That’s why it’s often populated by people who are feeling vulnerable and just want to talk but don’t want to die.”

Aiko had been struggling to come to terms with the death of her mother earlier that year. Shiraishi had sent her a message saying: “Let’s die together.” Her brother took his findings to the police, who then contacted another woman who had also been messaging Shiraishi.

She agreed to arrange a meeting with Shiraishi so that police could identify him. They followed him back to his apartment and placed it under surveillance while they looked into the mobile phone records of women who had gone missing in Zama in the previous three months. They found the signals of many of the devices had stopped near his apartment.

In the flat, police discovered the remains of Shiraishi’s victims, along with a saw that he used to cut up the bodies. The body parts were covered in cat litter to soak up the blood and mask the smell.

Shiraishi soon confessed to all the murders, eight of whom were women in their late teens and early 20s. He is currently undergoing psychiatric testing before prosecutors decide what to charge him with.

With the rise of tech being called upon as a witness in cases, experts believe the future of evidence gathering is likely to change immeasurably.

“It’s comparable to when we had the breakthrough with forensic and DNA evidence,” explains Rick. “Digital data is transforming police investigations. Tools such as algorithms, data analytics and facial recognition are already being used to catch criminals, but the challenge is to keep up with the ever-changing digital landscape. At the moment, it’s still a work in progress.”