Home » Fashion » From stealing boyfriends to copying clothes, hair and make-up, things women forgave their pals for – The Sun

MOST best friends are happy to make allowances for each other’s behaviour – but some things are still off limits.

This month it was rumoured that Love Islander Amber Gill was ditched from Dancing On Ice, only to be replaced by one of her best mates – fellow Islander Maura Higgins. 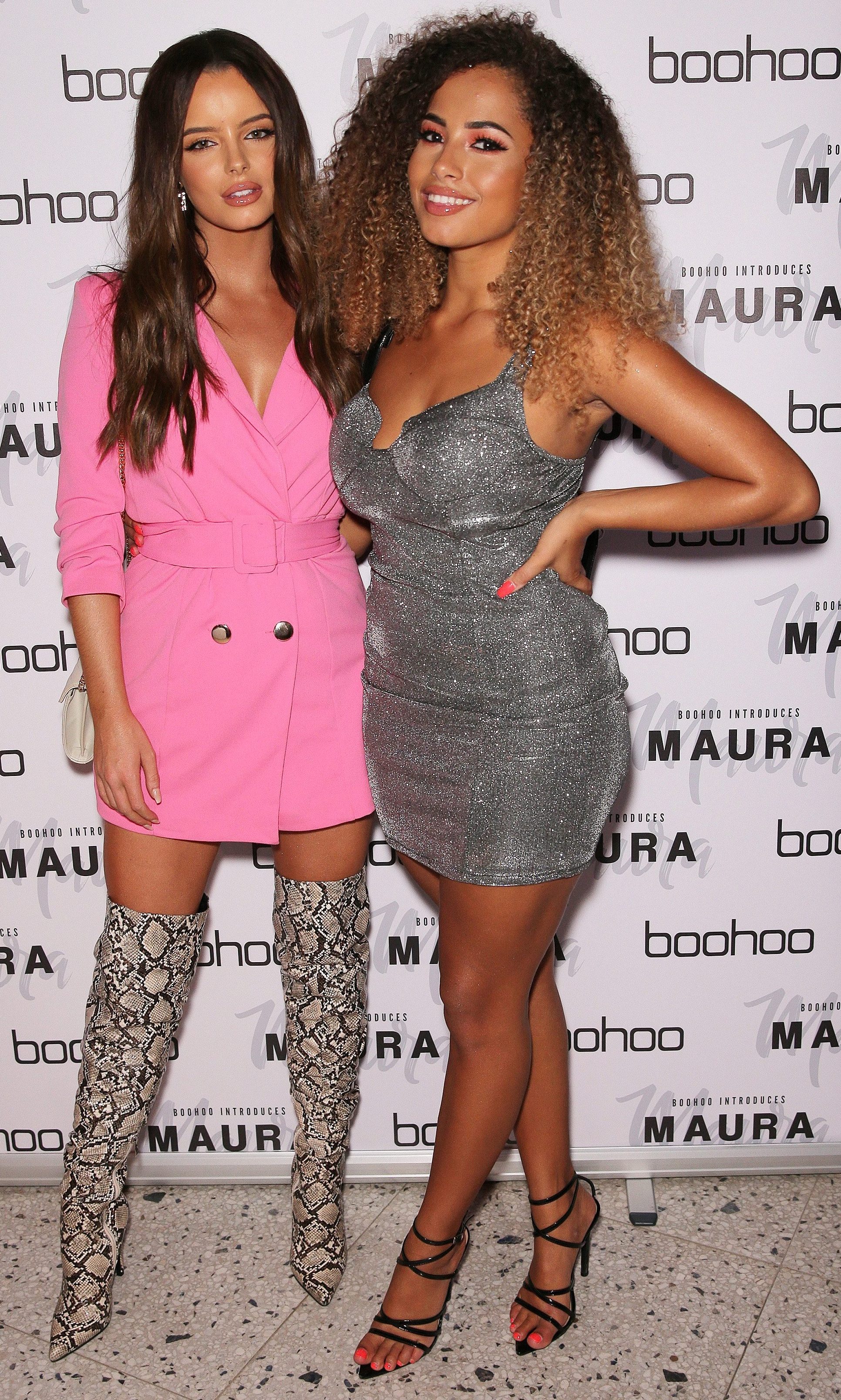 Is it healthy for best pals to be competitive, or are there some lines that shouldn’t be crossed?

Jenny Francis meets three women who each say their competitive bestie stole things of great importance to them – and tell how they forgave them.

‘I felt let down, but got a better job in the end’

Student Stacy Morrison was left shocked when best friend and fellow student Elisa Ross stole the job she had told her she was applying for.

Stacy, who studies Digital Marketing at Loughborough University, Leics, says: "I had met Elisa three years before when we started university. 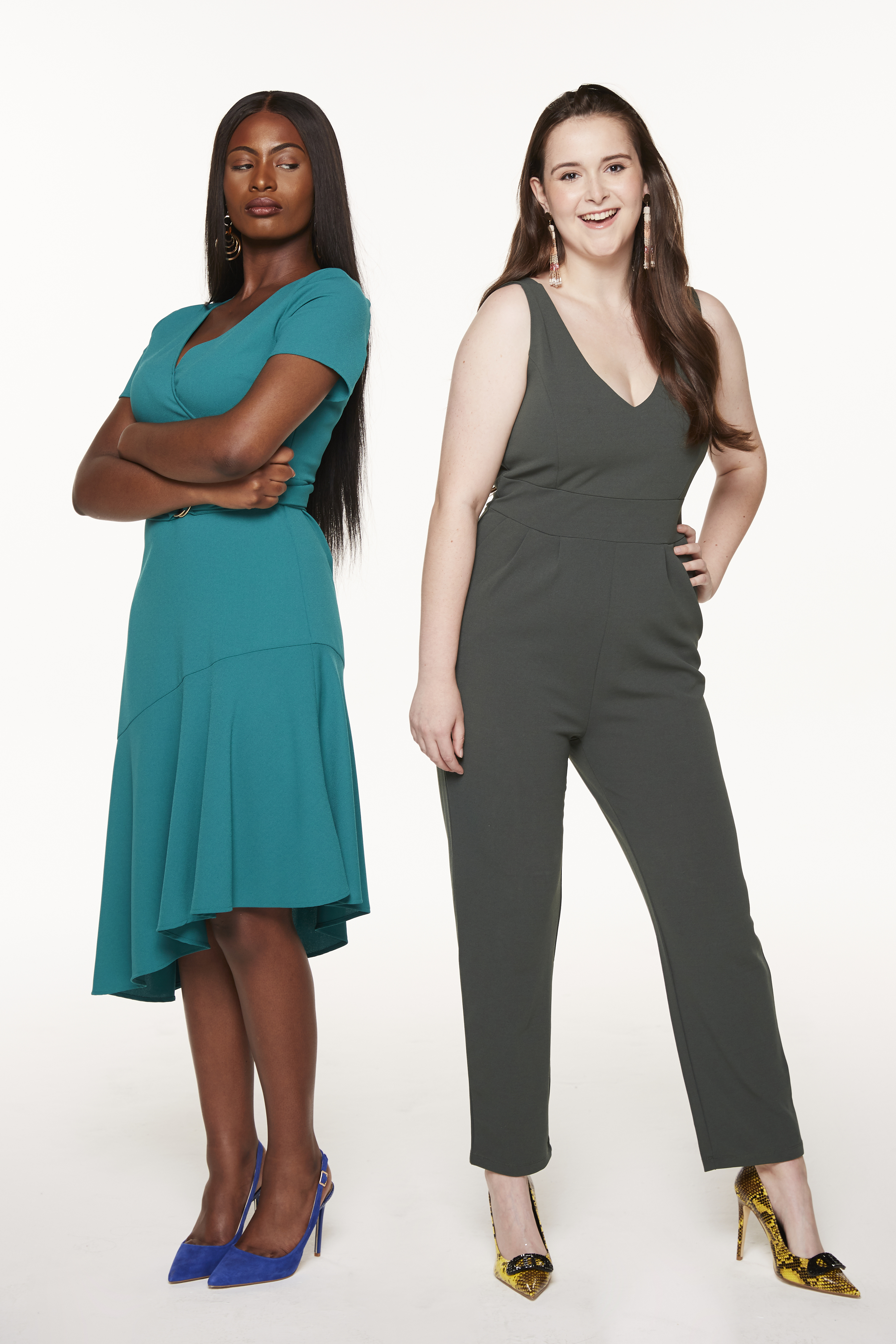 "We became friends on day one and from then on we were the closest mates. We helped each other study and always went to parties together.

"I talked to her about my career and how it was my dream to work in hospitality management.

"So when I told her I was applying for a part-time job at Wetherspoons as part of their apprentice scheme, I welcomed any advice she had.

"We’re both competitive and always try to outdo each other when it comes to exams, but Elisa had always said she was focused on public relations work. 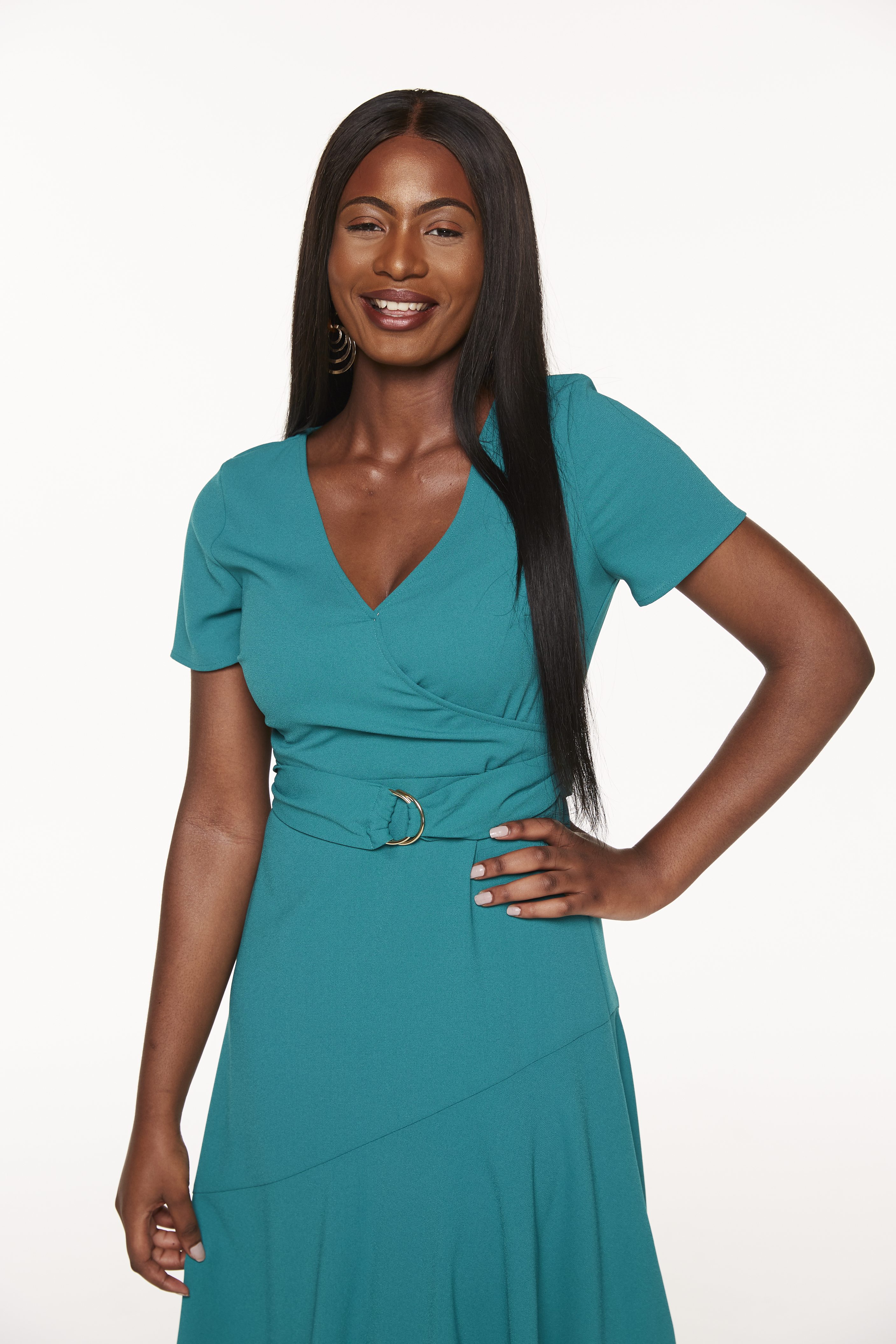 "I’d have to wait tables but it was a chance to climb up the hospitality ladder. When I went to the job interview in March I wore an outfit Elisa helped me pick out and gave it my all.

"The following week I got a letter saying I hadn’t been successful. I immediately told Elisa, who didn’t say anything at first. I told her how upset I was and that’s when she told me she’d been offered the job.

"I was stunned. She said she thought I wouldn’t mind because there were five positions up for grabs and she was sure I’d get one.

"I felt so betrayed. I immediately started applying for other jobs and a few weeks later got an offer to work at a digital marketing company – way better than the job she stole from me. 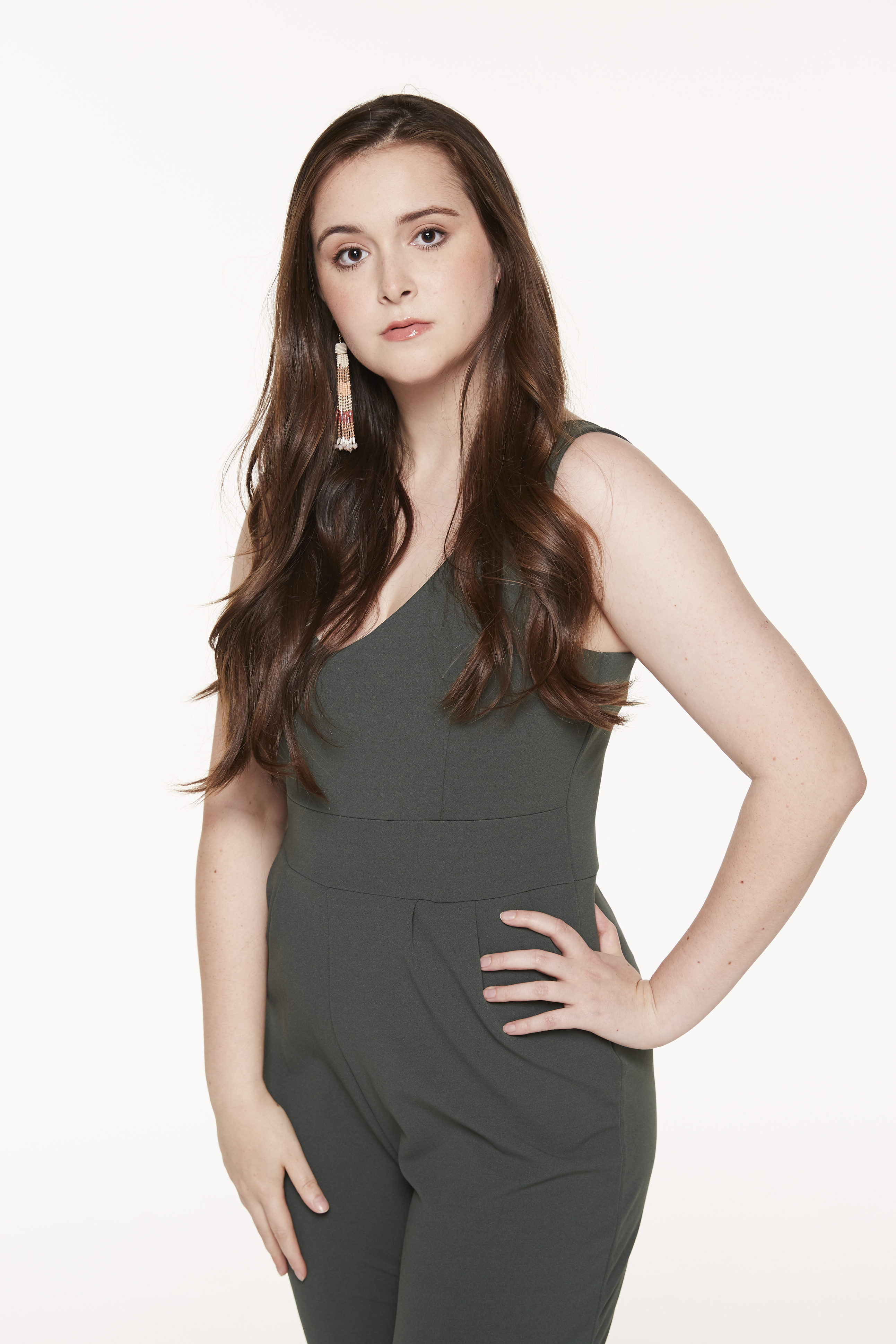 "Eventually she cornered me and apologised. I could see how sorry she was and, now I had a better job, I decided to just let it go.

"It hasn’t made us any less competitive – but I’ll always remember to keep job roles to myself in future.

Elisa says: “When I got the job I was so happy – I had no idea how upset she’d be. We compete for everything so I thought she wouldn’t mind me applying.

“For a while I thought I’d lost her as a friend, but she forgave me and I’m so grateful she did.”

Events co-ordinator Jenna Thompson was left stunned when her best friend slowly morphed into her clone. 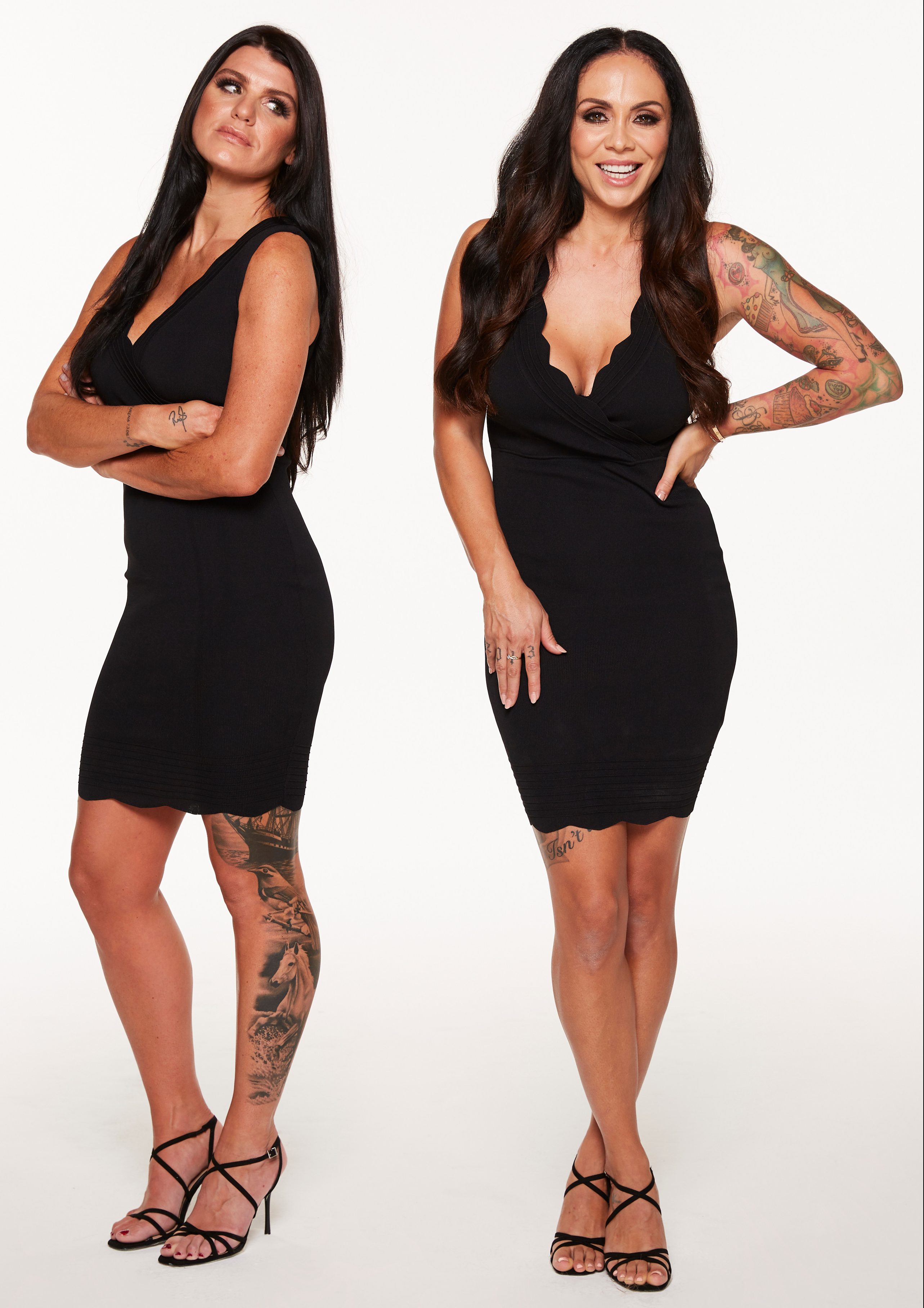 Jenna says: "Bonnie and I have been best friends for five years. We met at a sports and fitness event and really hit it off.

"I have two kids (Enzo, 18 months, and Emelia, six) and Bonnie has two girls, (Paisley, four, and Recco, three) so we had a lot in common.

"We opened up about our lives. Bonnie told me how she used to be a size 24 and was in the process of losing weight.

"I met her when she was a size 16 with blonde hair. She didn’t wear much make-up and dressed in casual, loose-fitting clothes.

"She lives three hours from me so we’d speak a lot on the phone and meet up every few months.

"She would often ask me where I got my outfits from or compliment my make-up, but that’s the same as any friend.

"Eighteen months ago I arranged to meet Bonnie in London. And when she stepped off the train I had to double take.

"She had long, brunette straight hair, was a size 10, had dark eye make-up, and the same outfit that I’d worn when I last saw her.

'I FELT SO AWKWARD'

"I was so shocked I didn’t say anything at first. That day, two people asked if we were twins and she laughed, but I felt so awkward.

"We went to a hotel to get ready for dinner when she put on a dress I’d told her I was buying.

"This was the final straw. She hadn’t just nicked a dress, she’d stolen my look – my haircut, my style, even my make-up method.

"At first she denied it, but after that weekend I didn’t speak to her for six weeks. When she rang me one day I gave in and she opened up.

"She told me she wanted to feel good after her weight loss so had used me for inspiration without even realising.

"I felt bad as I was so proud of her for losing so much weight, I couldn’t stay angry. Now we laugh about it. At least now I steal her outfits too.

Bonnie says: “I have to admit I took her photo to the hairdressers – I just think she’s so beautiful.

“I didn’t realise how much I’d stolen her look until she confronted me but she’s right. I’m so glad she sees the funny side – we’re even more like sisters than friends now.”

But part-time carer never imagined her bestie would also want to share her boyfriend, builder Joseph, 23, and is now expecting his baby. 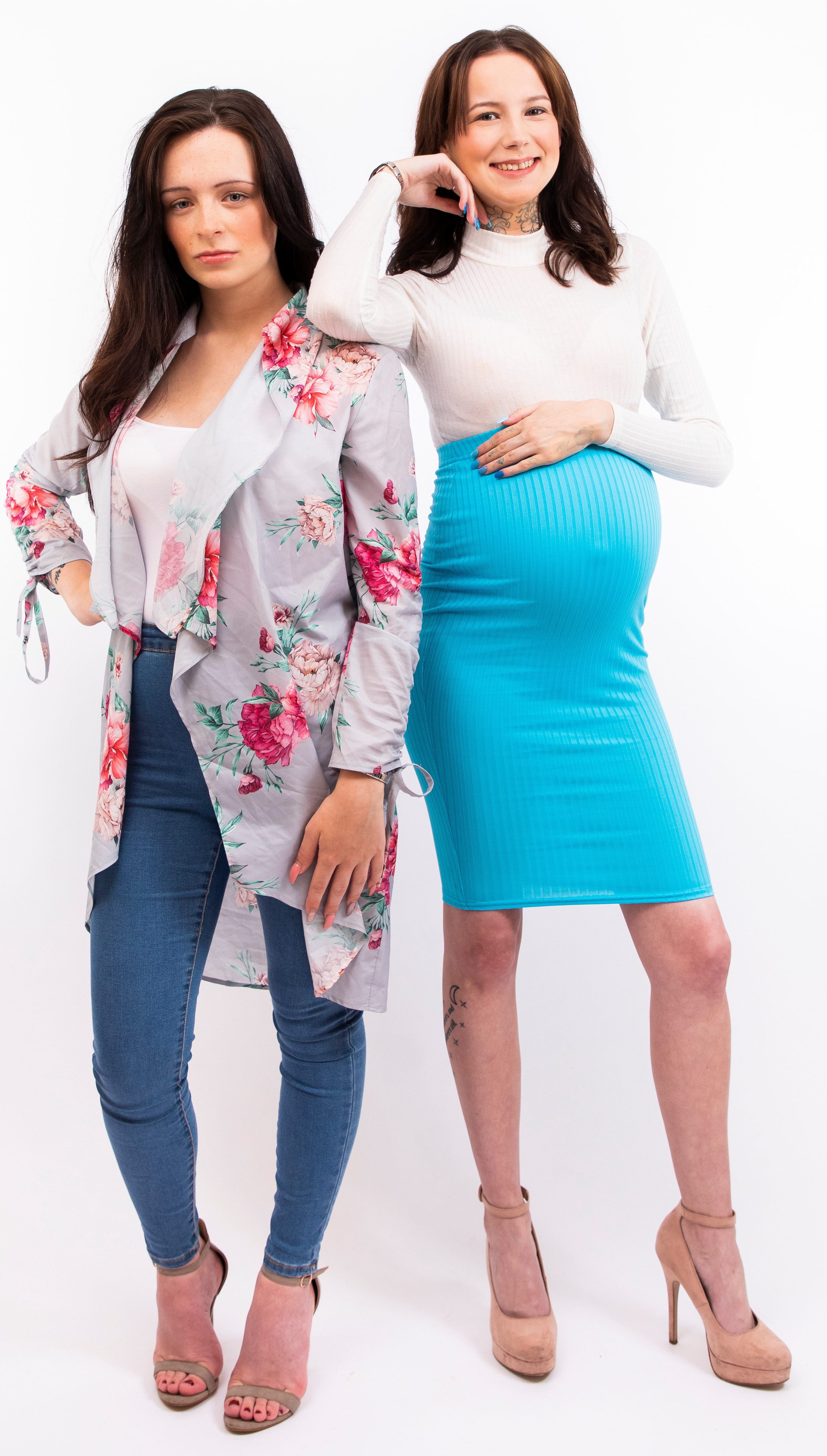 Seanie says: "I met Chesney-Anne four years ago through friends. We hit it off immediately and were inseparable from then on.

"When we both started looking for flats it was perfect timing and we moved in together in December 2017.

"We shared everything and when I went through a break-up shortly after moving in, Chesney-Anne was there for me, and even encouraged me to try Tinder dating to find a new man.

"I took her advice and in January 2018 met Joseph. We took things slow, but he often stayed over at the flat, so he and Chesney-Anne became good mates too.

"Three months later, she told me we needed to talk. She sat me down and told me she and Joseph had slept together.

"I stormed out and went to stay with relatives. I couldn’t believe he’d cheated, but I was more upset by my best friend’s betrayal.

"Two weeks later I went to collect my furniture and Chesney-Anne refused to let me leave until we talked.

"She said she’d fallen for Joseph, was in love and she’d never meant to let it get this far.

"She poured her heart out to me and I couldn’t help but admit how much I’d missed her. I don’t know how, but I decided to forgive her. It was weird knowing they were together, but I think I knew he wasn’t the one.

"I got back on Tinder and three months later I got a new boyfriend.

"The best thing is Joseph and Chesney-Anne are still together and she’s expecting his baby in November.

"I’ll never forget the betrayal, but Chesney-Anne will always be my best friend, no matter what.

Chesney-Anne says: “When I realised I was in love with Joseph I didn’t know what to do. It was the worst situation for me.

“I never meant to steal her man, and I regret how it happened.

“Her forgiveness shows what an amazing friend she is and now we’re both stronger than ever.”