The 27-year-old had to go home and tell her half-brothers, aged seven and six, that their mum had gone forever.

Now the accountancy student is raising the boys alone — along with her own two young daughters — at an age when most of her mates are partying.

But she has no regrets, because she promised mum Rachelle, 47, on her deathbed in November last year that she would be there for the boys.

Kaela, who has a different dad to Kalvin, seven, and Kaiden, six, says: “We were all broken when we lost Mum but I’d made a promise that I would take care of everything and I was determined to follow that through — I couldn’t let her down. 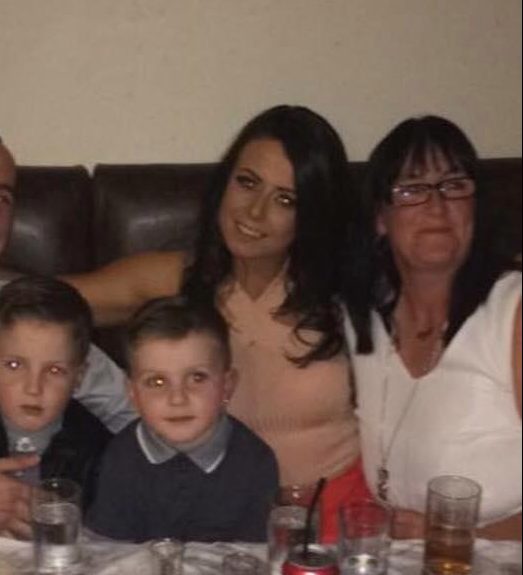 “With the boys’ father out of the picture and no other family members to turn to, I knew I had to take on the responsibility.

“I wasn’t going to sit by and watch my little brothers end up in the care system, no way.

“I sat Kalvin and Kaiden down and told them Mummy had gone to heaven and they would be staying with me. We cuddled up on the sofa.”

Tragic Rachelle had been taken to hospital in July last year, where she was diagnosed with heart failure and told she would need a transplant. 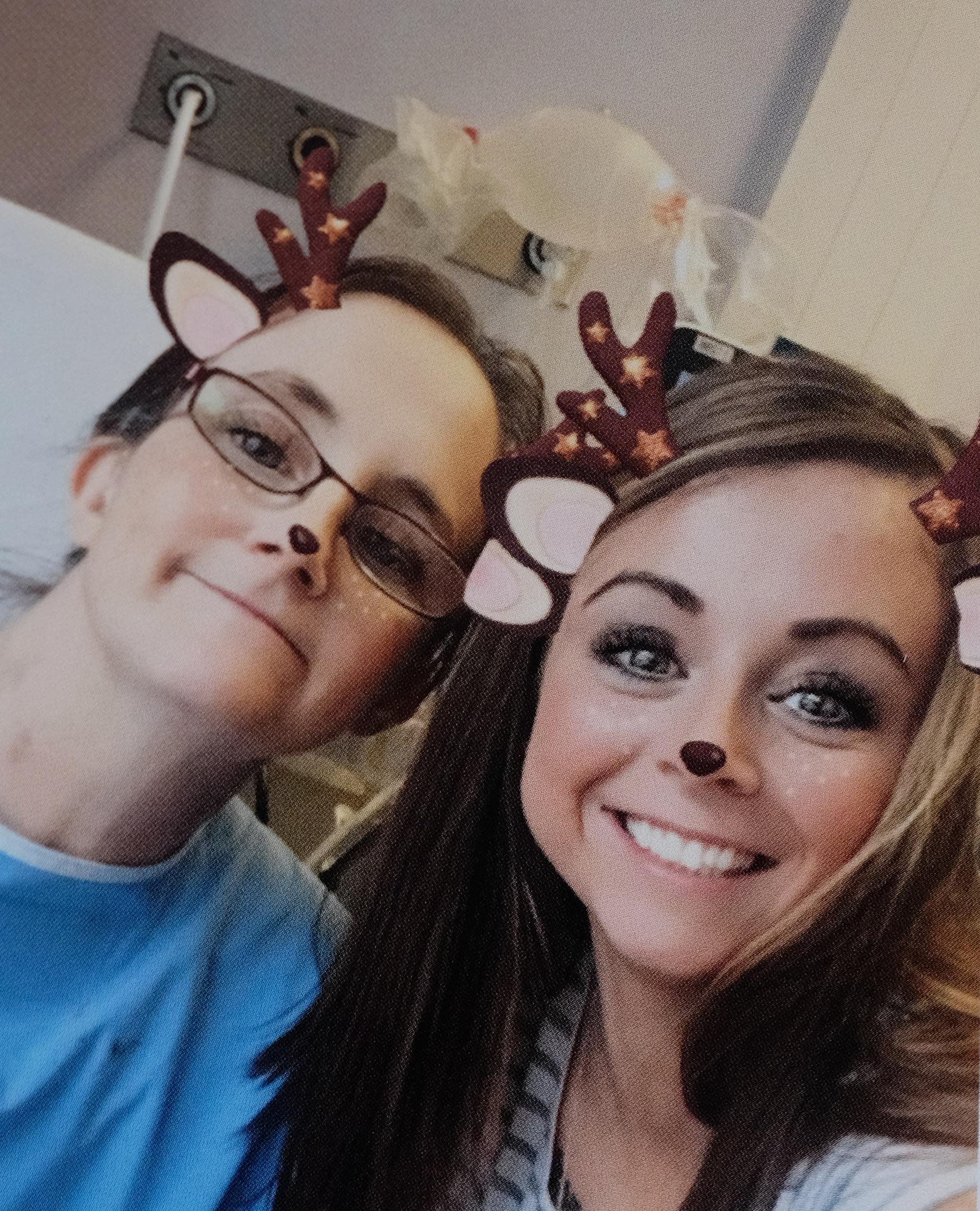 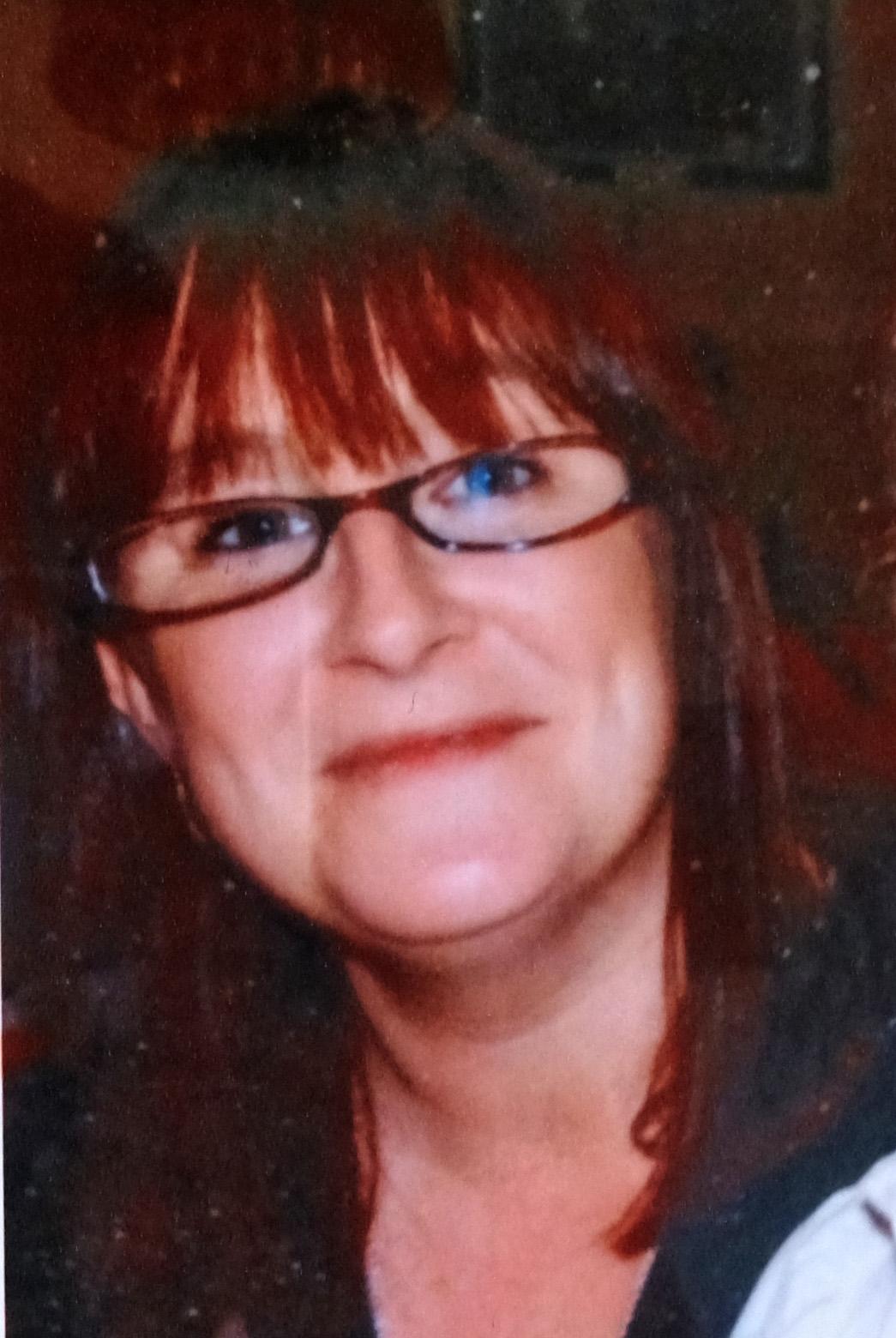 In the meantime, however, it seemed a heart pump would keep her alive — so Kaela never prepared herself to lose her beloved mum.

She says: “Last summer Mum was looking off colour and after going to make her a sandwich I went to find her and she was in the bathroom unable to move or respond.

“It was the summer holidays so my daughters and brothers were all in the house so I dropped them with a neighbour while I drove Mum to Monklands Hospital in Lanarkshire. 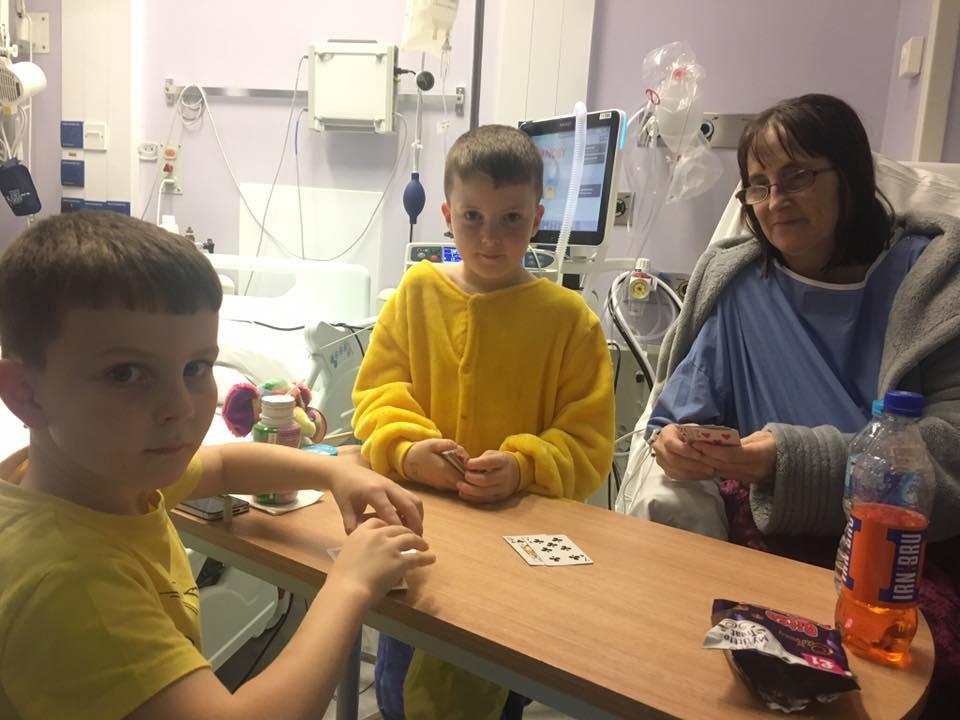 Kaela, who is a single mum to Jennifer, nine, and Jasmine, seven, says: “The doctor told me I needed to come in to say goodbye and my thoughts immediately turned to Kalvin and Kaiden.

“I had no idea what I was going to say to them. I was worried sick but I was trying to be strong for the boys. Somehow though, the doctors managed to save Mum and she was moved to Golden Jubilee Hospital 23 miles away, near Glasgow, for specialist care.

“She needed a heart transplant and surgeons installed a pump in the organ to keep her alive while she waited for a donor.

“The doctors were incredible. They refused to give up on Mum and when she came round after the operation to fit the pump, she said to me, ‘I’m not going anywhere, don’t worry.’ 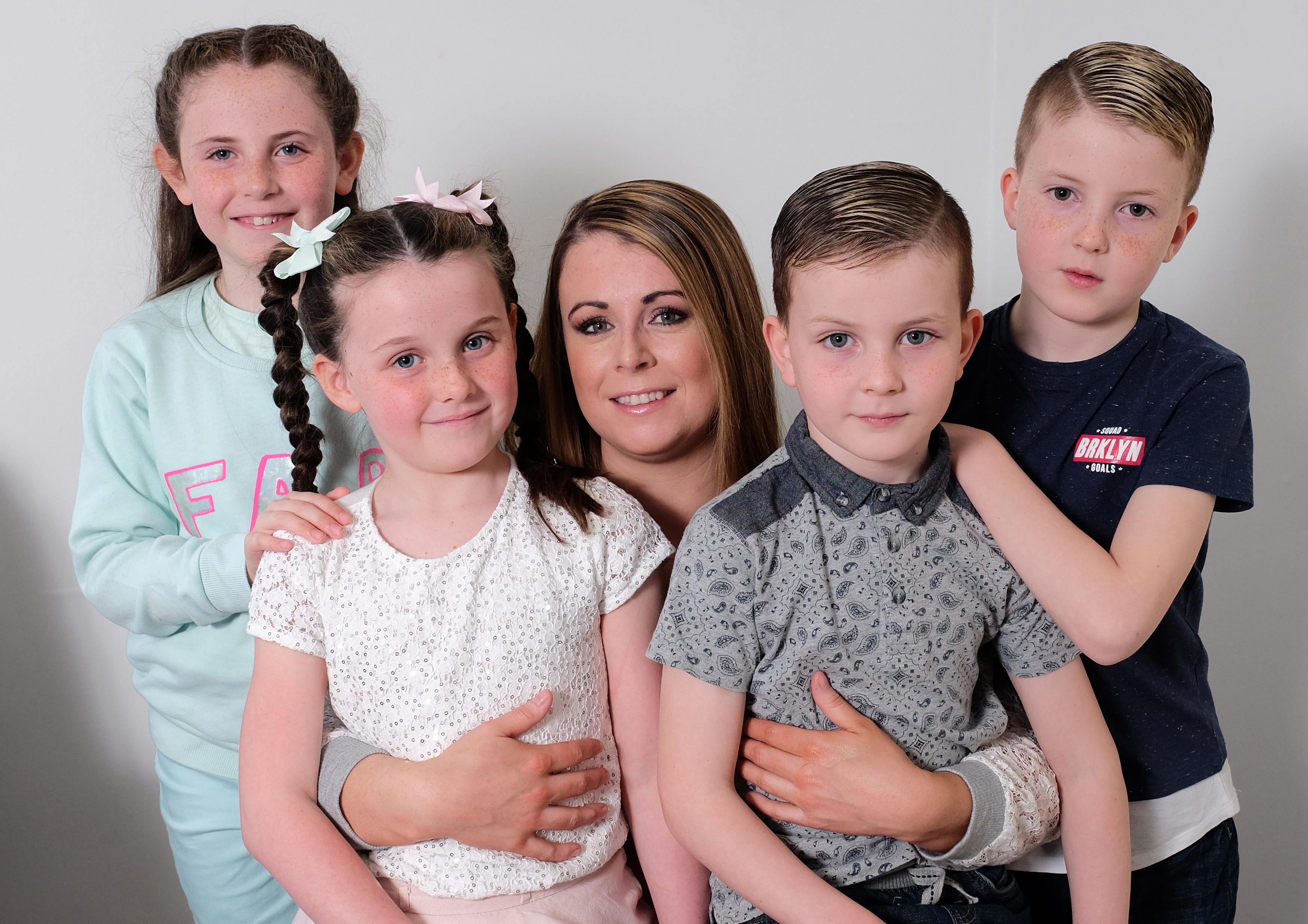 “I smiled as I squeezed her hand. Mum was my best friend. At the time, I didn’t know what I’d do if we lost her.”

For the next few weeks Kaela took Kaiden and Kalvin and her own daughters to hospital to see Rachelle whenever she could.

She says: “Mum was desperately ill waiting for a new heart, but I wanted to keep things as normal as possible for the kids. On a good day, we’d all cuddle up on her hospital bed and laugh and joke together. It was almost as if we were at home.

“Mum was getting stronger and was sometimes even able to walk around. Things seemed to be looking up and I thought that once a donor heart became available, we’d have our mum back.

“We never had an official diagnosis — only that Mum’s heart was failing. She stayed strong and we kept hoping.” 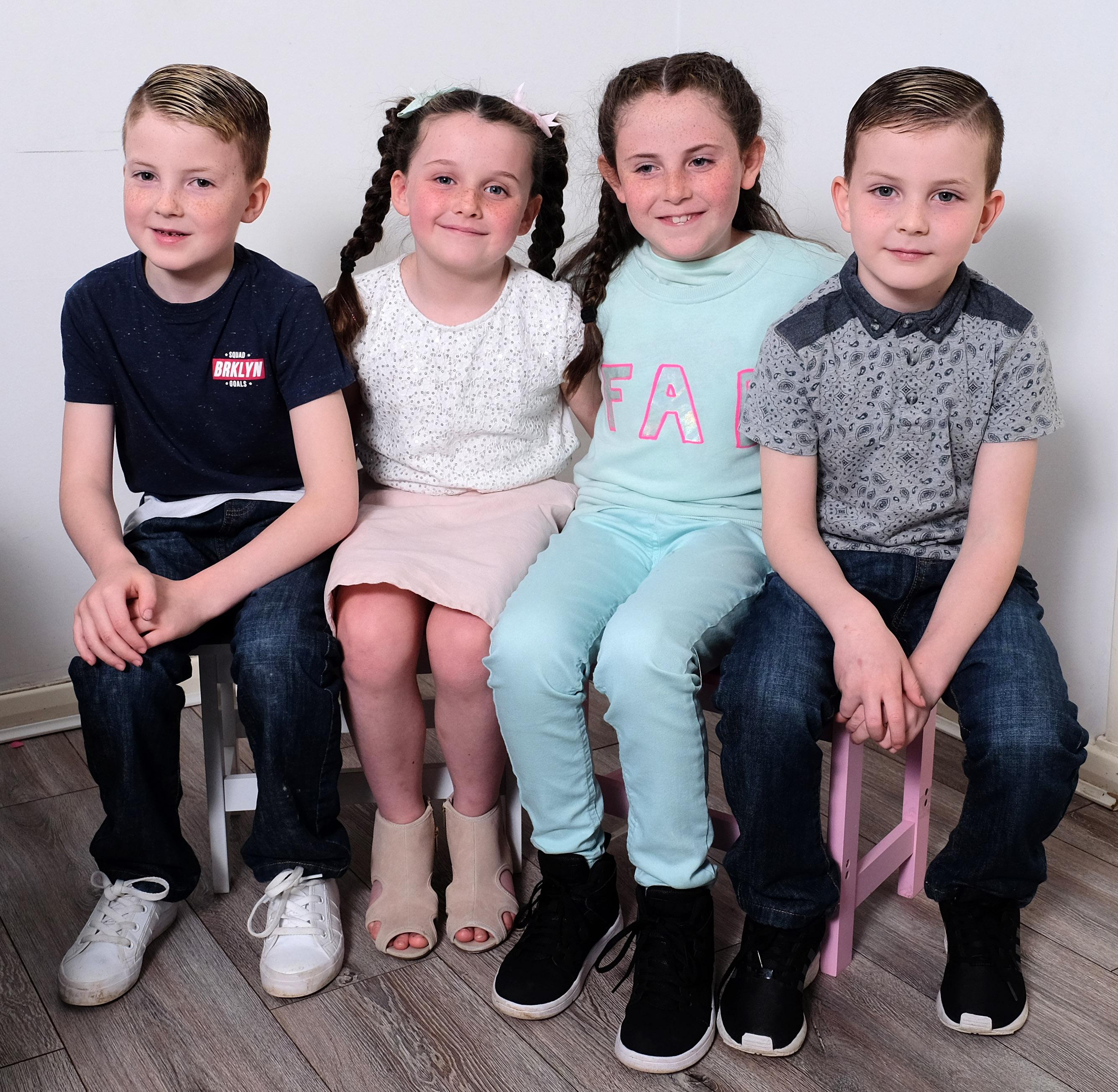 But then, last November, Rachelle suffered a bleed on the brain. Kaela says: “When I arrived at the hospital that morning, I found Mum curled up on her bed, sobbing.

“She told me she’d had a headache for a few days and that it was getting worse.

“She told me to take the boys to school. She didn’t want me to see her in such a bad way. She was thinking of others, even then.

“I did the school run but later that afternoon the hospital called to say Mum had hours left to live. It felt as if my entire world was crumbling around me but I had to try to pull myself together for the sake of the kids.” 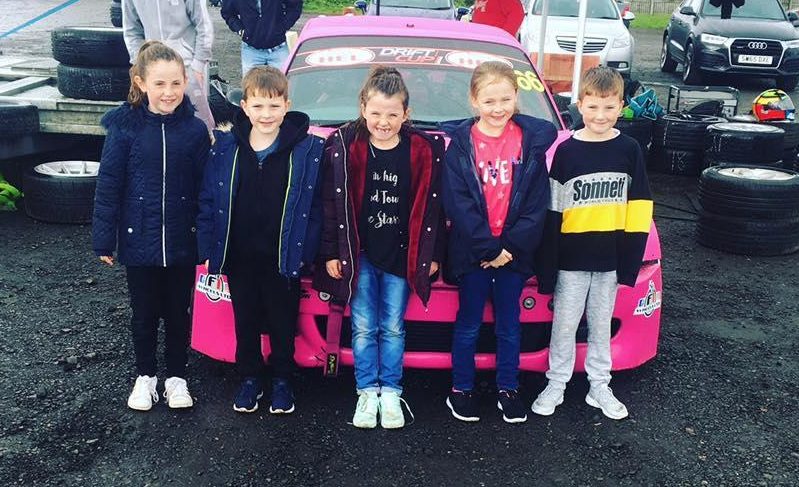 Kaela went to hospital to say her final goodbye and to make a lasting promise to her mum.

She says: “I knew it would be too painful to take the boys into the hospital because they were so young, so I left them with a neighbour while I went to say goodbye.

“When I arrived at the hospital, I was comforted by aunties and uncles.

“One by one, we cried as we gave Mum a cuddle and said our goodbyes.

“It just all felt so wrong — we hadn’t had enough time with her. 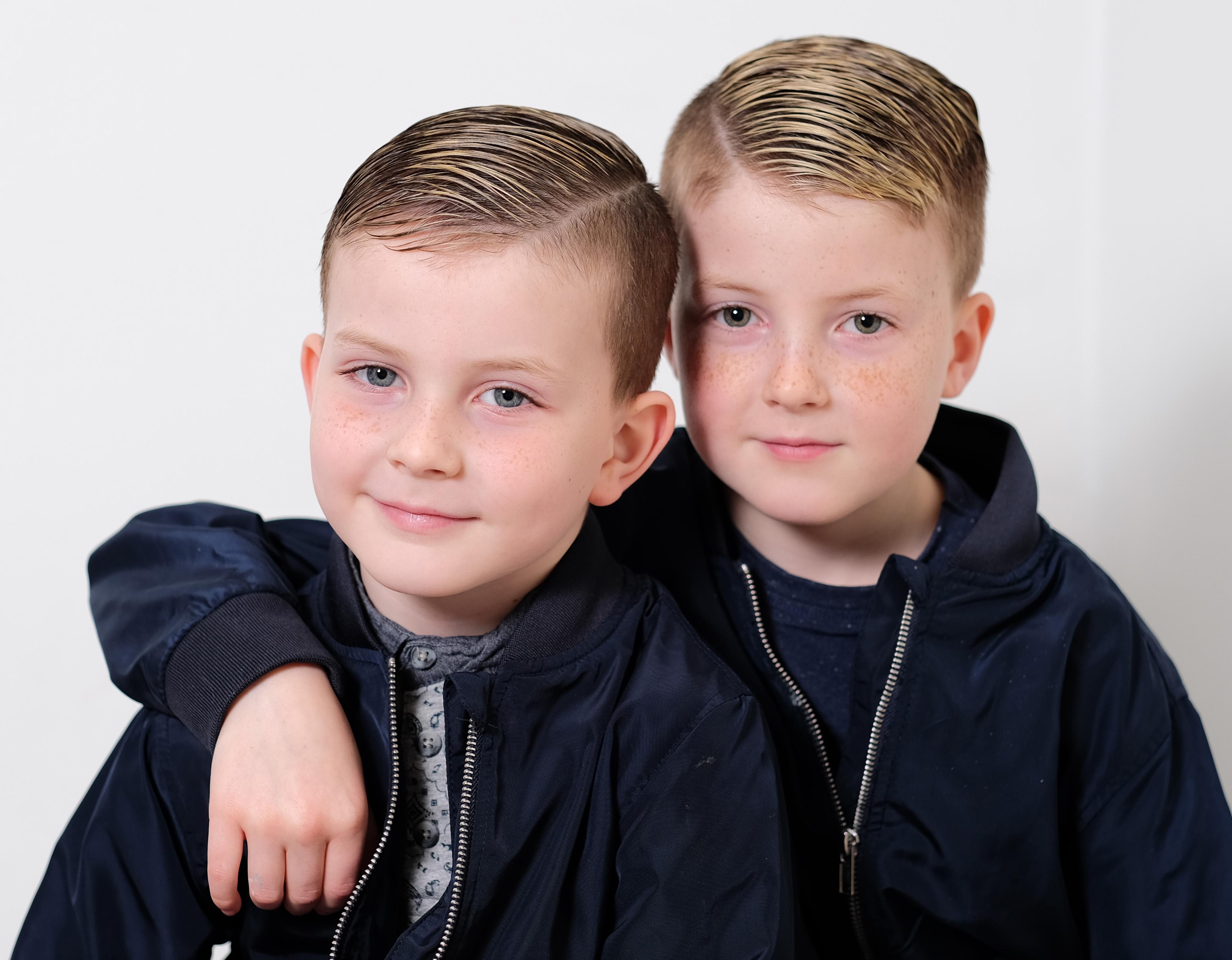 “As Mum lay there unconscious, I didn’t know what I was going to say to her but when my turn came, I suddenly knew exactly what I had to do.

“I leaned over and whispered in her ear, ‘Don’t suffer any more, Mum. Just go, I’ll take care of everything. I love you.’

“Saying goodbye was the hardest thing I ever had to do but I didn’t want her to be in pain any more. I had to step up and be the strong one.

“It didn’t cross my mind not to keep Kalvin and Kaiden with me.

“I sat them down and told them. Until we held the funeral 11 days later it felt almost as if it hadn’t happened.” 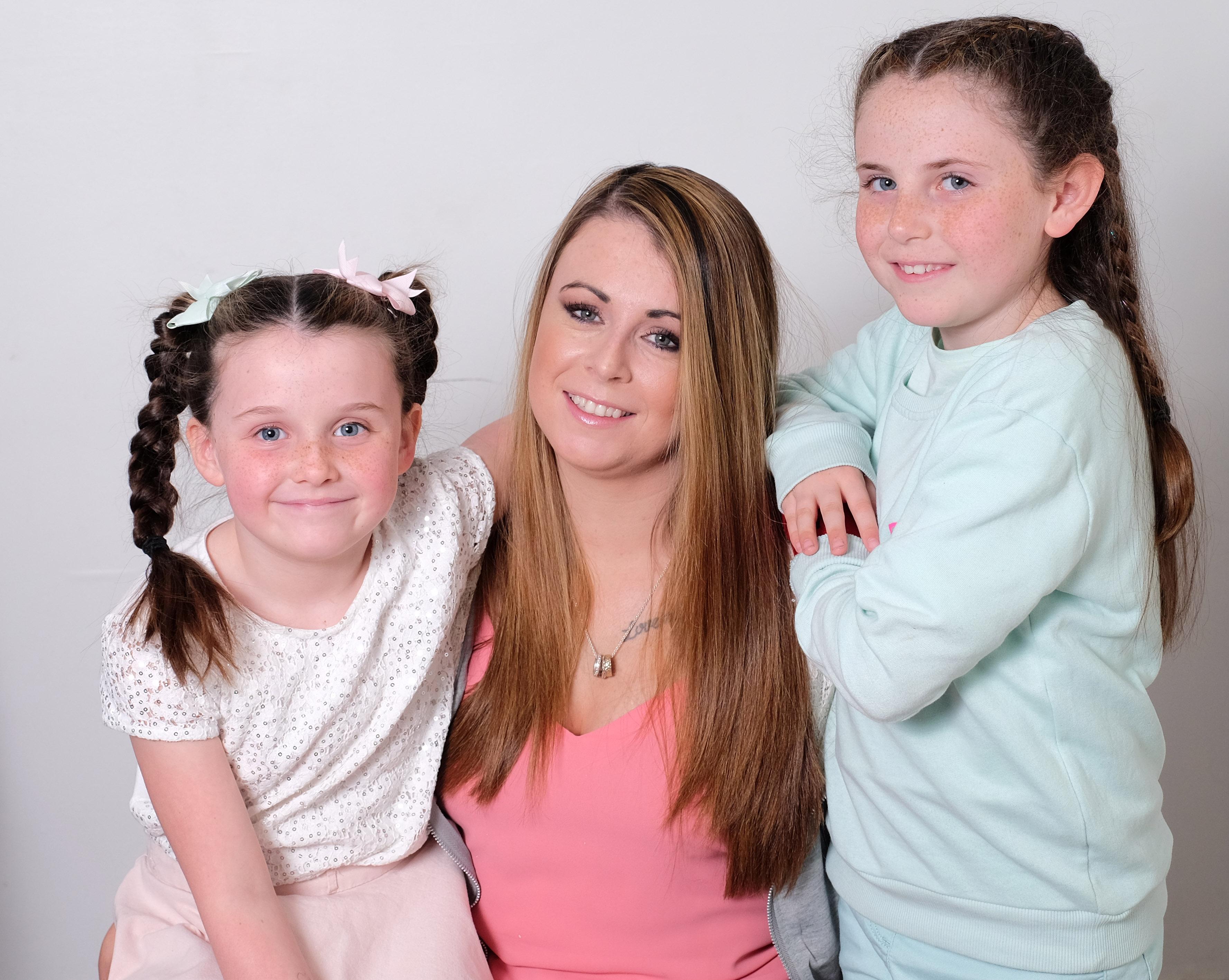 Kaela is now in the process of officially adopting her brothers, who live with her and her girls in their three-bedroom home.

Kaela says: “The boys share a bedroom, as do the girls, but I give them everything I can.

“I’m currently decorating the house and hoping to move. It might be cramped, but there’s no shortage of love in our house, and that’s what matters.

“Not every mother is the same, so at first it was hard. Mum did everything for them.

"I want them to tidy up after themselves. I expect the boys to make their beds in the morning. Of course, caring for four children at 27 is tough. Every day is a challenge.

“The kids bicker like all siblings but they always make up.

“I am doing the best I can and wouldn’t have it any other way. It’s what Mum would have wanted.”

Kaela feels lucky to have support from her ex-partner David Fleming, 29, and his family.

She says: “I have a lot of help from my daughters’ father and his family, along with all of our neighbours, and I find time to study when the kids go to bed.

“As I have girls, David helps with doing boy things and takes my brothers out with him. He treats them like his own. I know I can never replace my mum but I hope I can give the boys the life they deserve.

“I’m doing everything I can to keep Mum’s memory alive and I’ll make sure Kalvin and Kaiden always remember her. I hope I am making her proud.”