Now the mum-of-three's stylist has revealed exactly how she put her jungle wardrobe together. 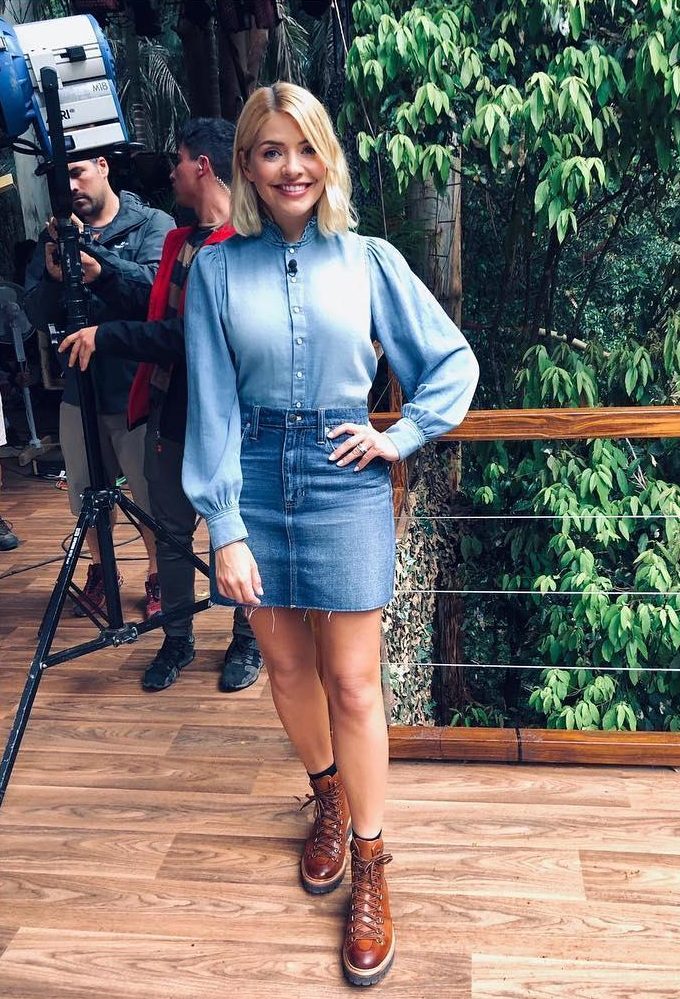 Angie Smith explains that she and Holly prepped almost twice the 23 outfits she needed for the series, in order to combat the "sartorial challenge" of the humid and muddy filming location.

She tells The Telegraph: "We wanted the look to be fun but practical. Holly has to walk across bridges and run down hills to camp, so heels are out.

"The approach is very different to Holly's This Morning wardrobe.

"The weather is changeable and could be roasting one minute and raining the next. Also, throughout the course of a show the temperature rises." 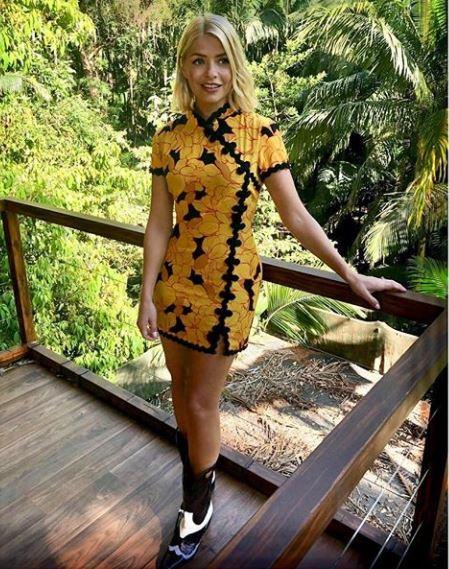 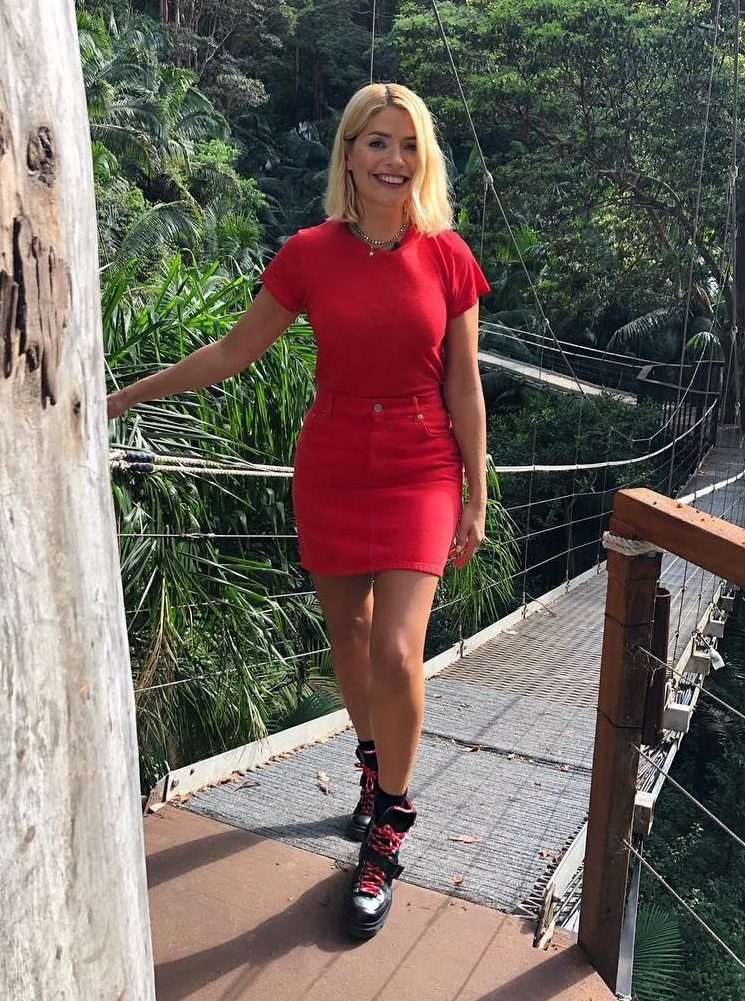 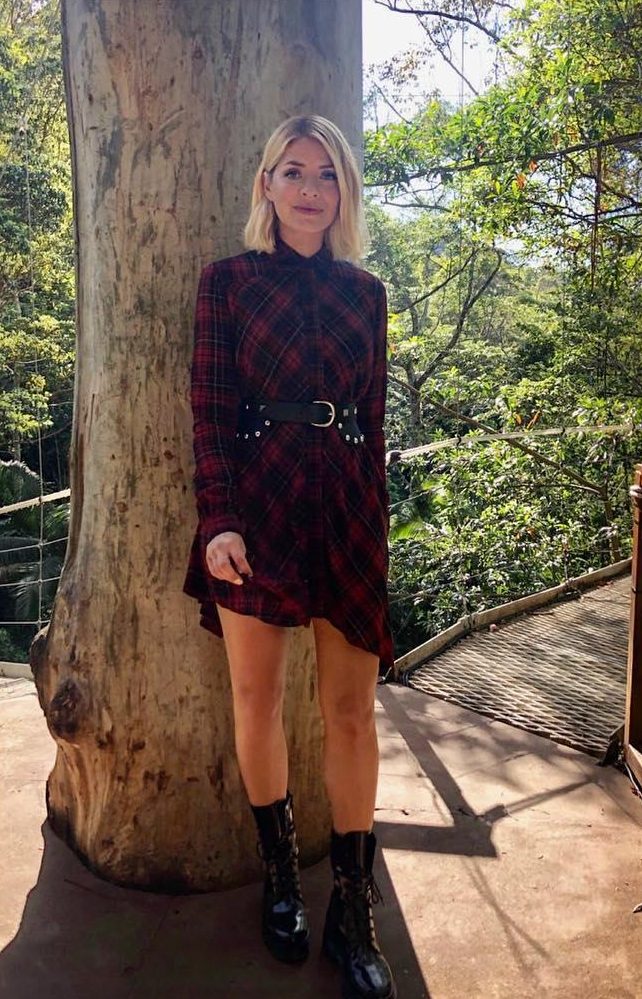 It's fair to say that Holly's I'm A Celebrity footwear is far more practical than the heels we usually see her sporting in the This Morning studio.

But when it comes to her skirts, a number of viewers have been tweeting about her short hemlines.

One wrote: "Is it me or are Holly's skirts/dresses gradually getting shorter?"

Another tweeted: "Our Holly likes a short skirt doesn't she?" while one even remarked that she should "get some trousers/cargo pants on".

However, others are loving her edgier look – and can totally see why she's relishing the opportunity to get her legs out.

Messages include: "Sorry but she's unreal and if I had them legs my skirts would be even shorter," and: "Holly Willoughby has got some killer legs on her."

In more Holly news, the first dress from her THIRD Marks & Spencer collection has now been revealed.

This is where her I'm A Celebrity blue blouse and snakeskin boots were from – and how to get them for less.

And if you loved her red zebra print dress, this is where to buy a dupe.