You can bring all the taste of the golden arches to your home. 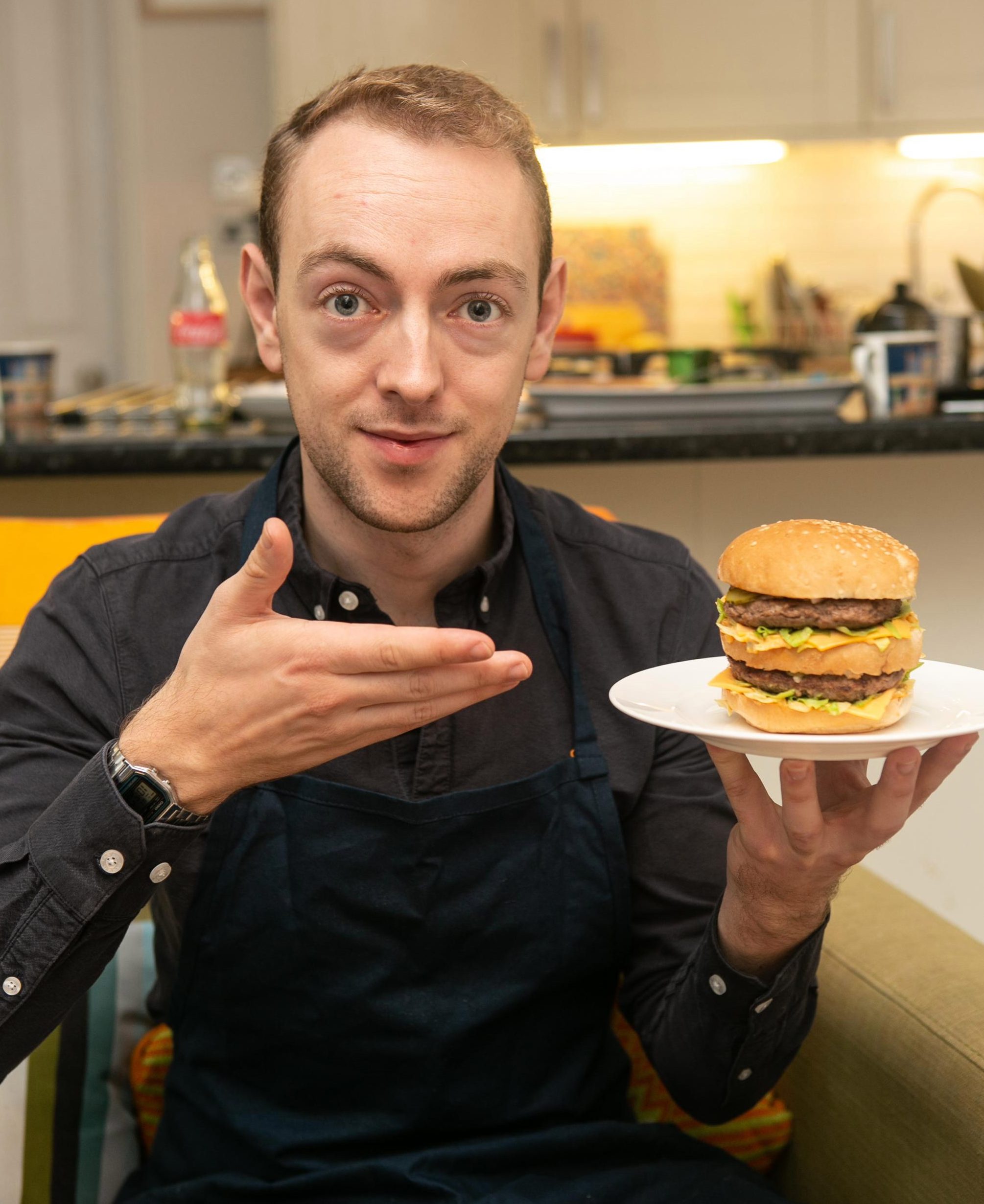 And not only that, you can save money and eat more healthily too.

This week a burger superfan impressed with his astonishing homemade sausage and egg McMuffin.

He shared his creation on the Homemade McDonald’s Facebook page – where amateur burger flippers post their own fast food creations.

Here, NICK PRITCHARD rustles up some of the most famous dishes in his own kitchen – and he’s lovin’ it.

See how he rates them for taste and ease and compares their estimated calories to the Maccy D originals. 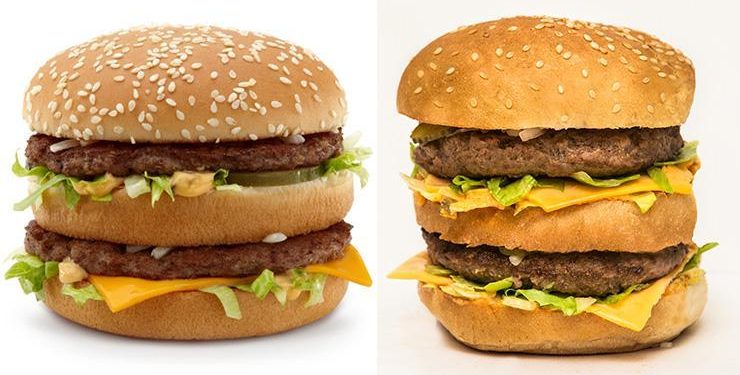 Next, shred iceberg lettuce and cut a dill pickle into thin slices. Grab two sesame seed buns, cut one in half and remove the top and bottom of another to create signature “middle slice” and lightly toast. 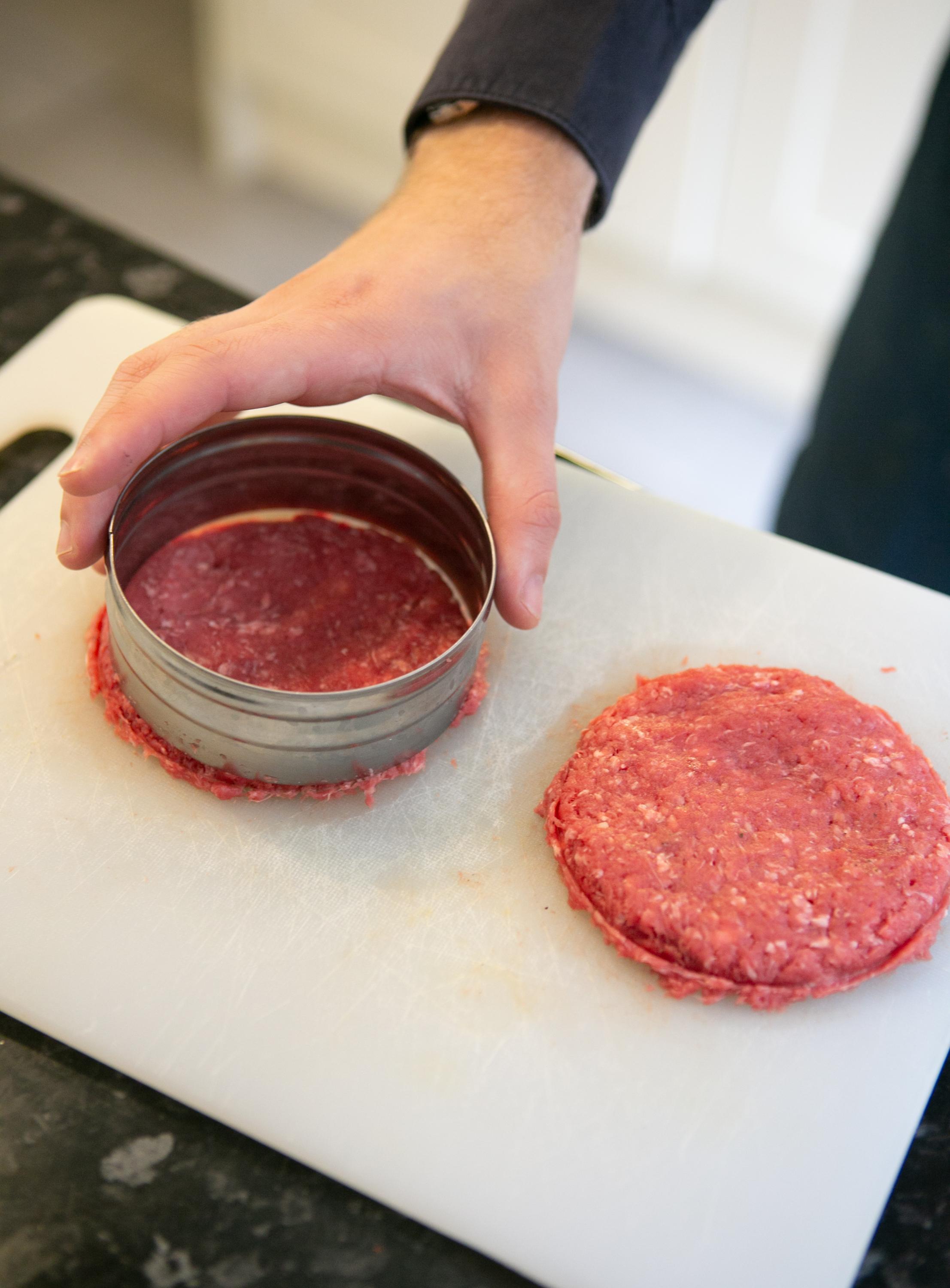 Season two handfuls of minced beef with salt and pepper, form into small balls and squash into thin patties. Use a cookie cutter to neaten the edges. Fry in a pan until slightly charred on the outside.

Slather a layer of secret sauce on the bottom bun, a handful of shredded lettuce, American cheese, one patty and a couple of gherkin slices. Place the middle piece of bread on and repeat layers.

Verdict: Creating the perfect blend for the sauce was tricky, but I relished the challenge. The real deal tastes a lot lighter than my version, which is beefier and thicker. The Big Mac is so well balanced that following the blueprint means I have created my best-ever homemade burger. 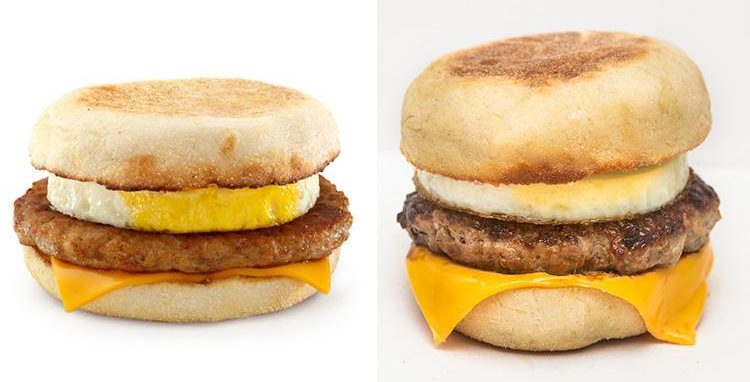 GET a handful of minced pork and season with a generous pinch of dried sage, dried thyme, salt and pepper. Form into a golf- ball-sized lump and flatten with your hand.

Pop the sausage patty into a hot frying pan, turn after a couple of minutes until brown on both sides.

Grease a cookie cutter and place in another pan, crack an egg into it and pop a lid on so it cooks evenly. Now assemble the McMuffin. Layer a slice of American cheese on the bottom half of a toasted English muffin.

Next pop the sausage patty on top, then slide the egg on that and top it all off with the lid of the bun. 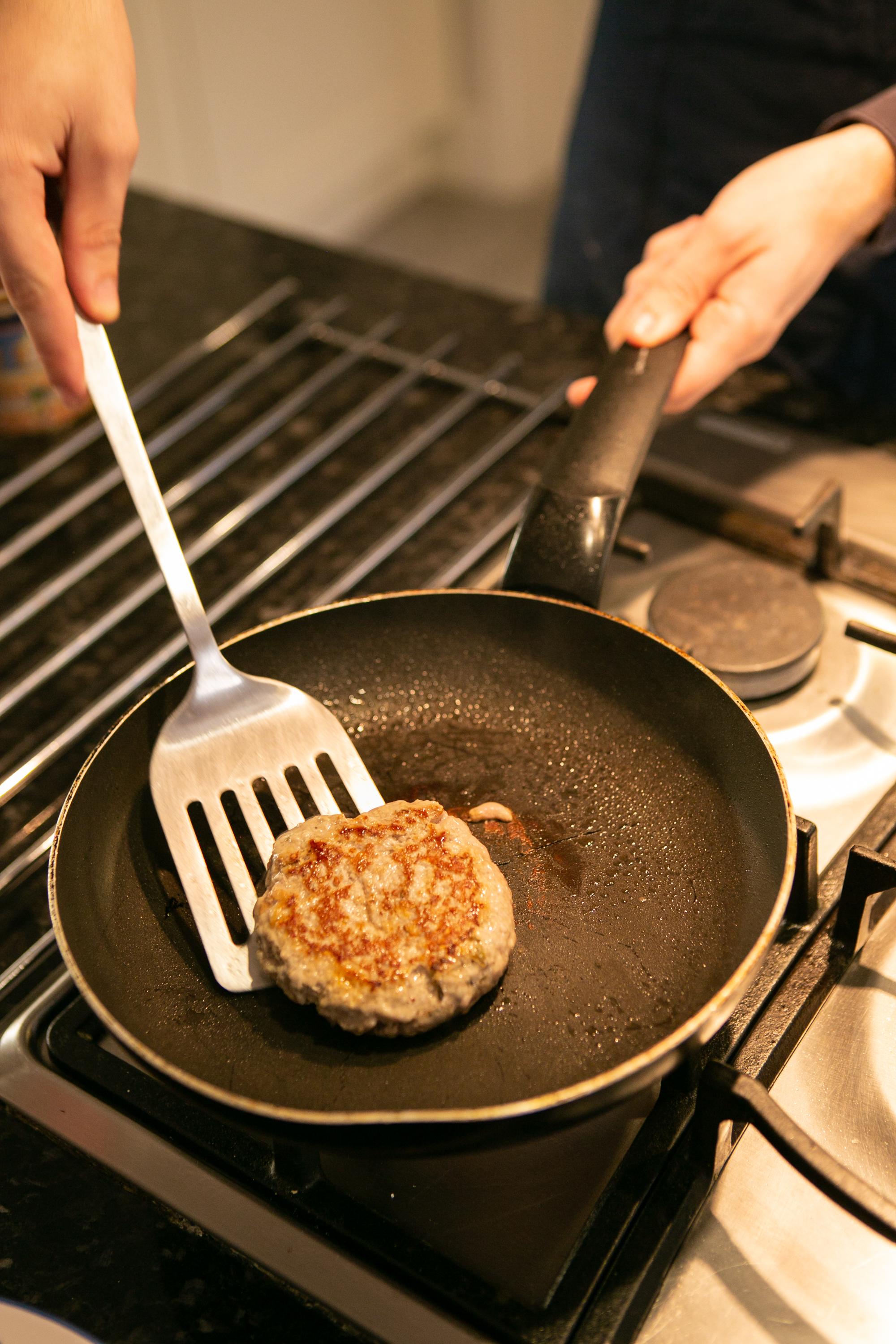 Verdict: I was quite liberal with the seasoning, so the sausage patty zings with flavour. Tastes better than the real thing and is definitely the easiest to make at home – would make a lovely hangover breakfast. 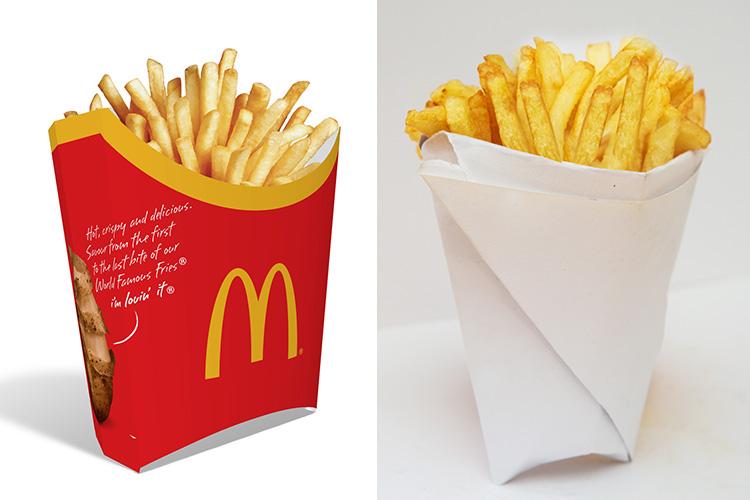 PEEL potatoes and cut into long, skinny strips – around 5mm thick. Soak in water for around 20 minutes.

Heat up deep fat fryer or oil in a heavy-bottomed pan. Add the chips and cook for around 12 minutes, until light and crispy. 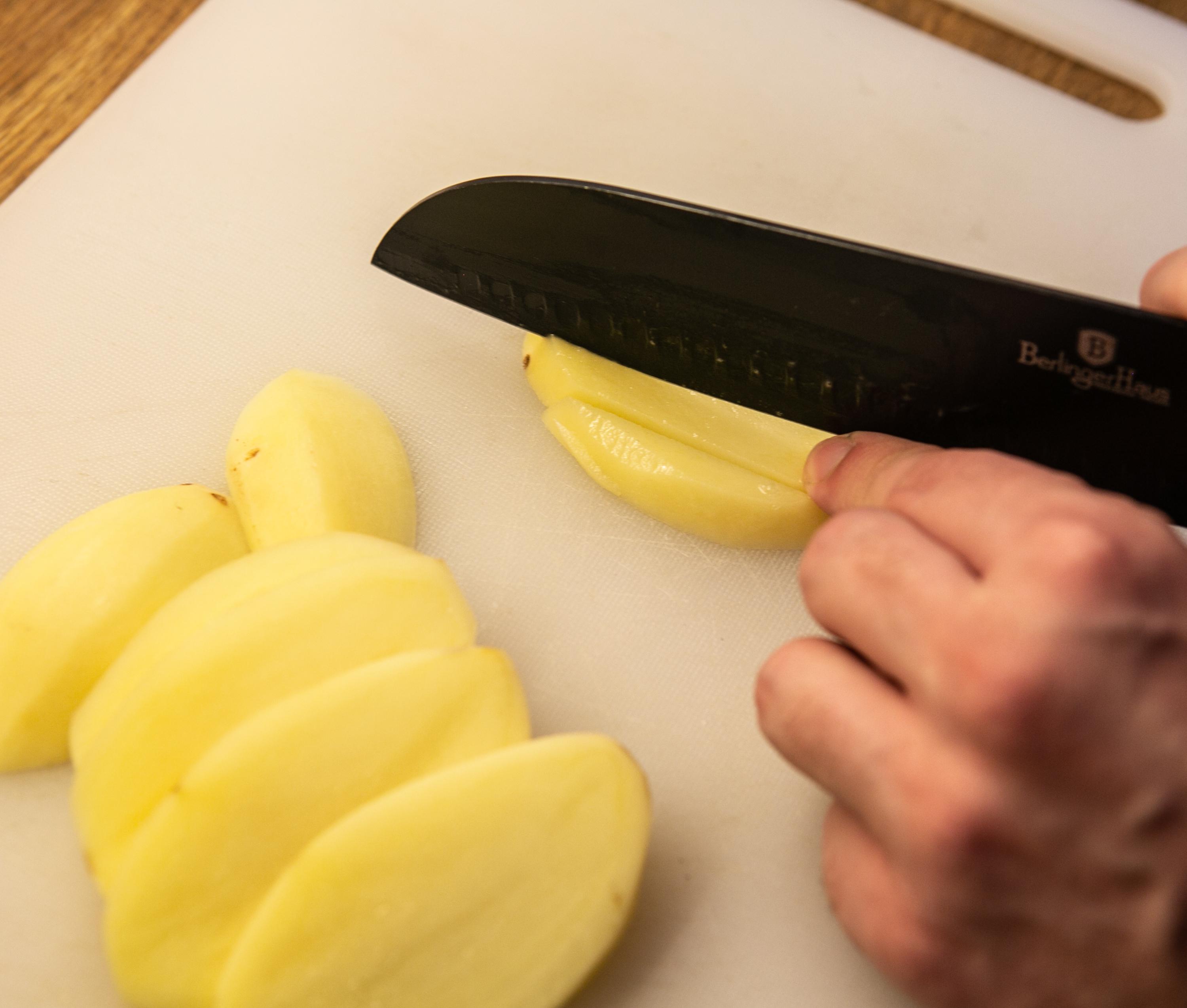 Remove from the oil and pat dry with kitchen paper. Season liberally with salt.

Verdict: McDonald’s fries are perfect skinny, salty little batons. I got the shape right but couldn’t replicate the industrial frying process exactly. Mine came out a little limp. They tasted OK but the texture wasn’t spot on.

Next, dip the chicken in a beaten egg, before covering with another layer of the flour mix.

In a deep fat fryer, or heavy-bottomed pan filled with hot oil, fry the chicken until golden brown and cooked through.

Verdict: The McDonald’s chicken nuggets are factory made, perfectly shaped and coated in just the right amount of batter, so making them at home was always going to be tough. 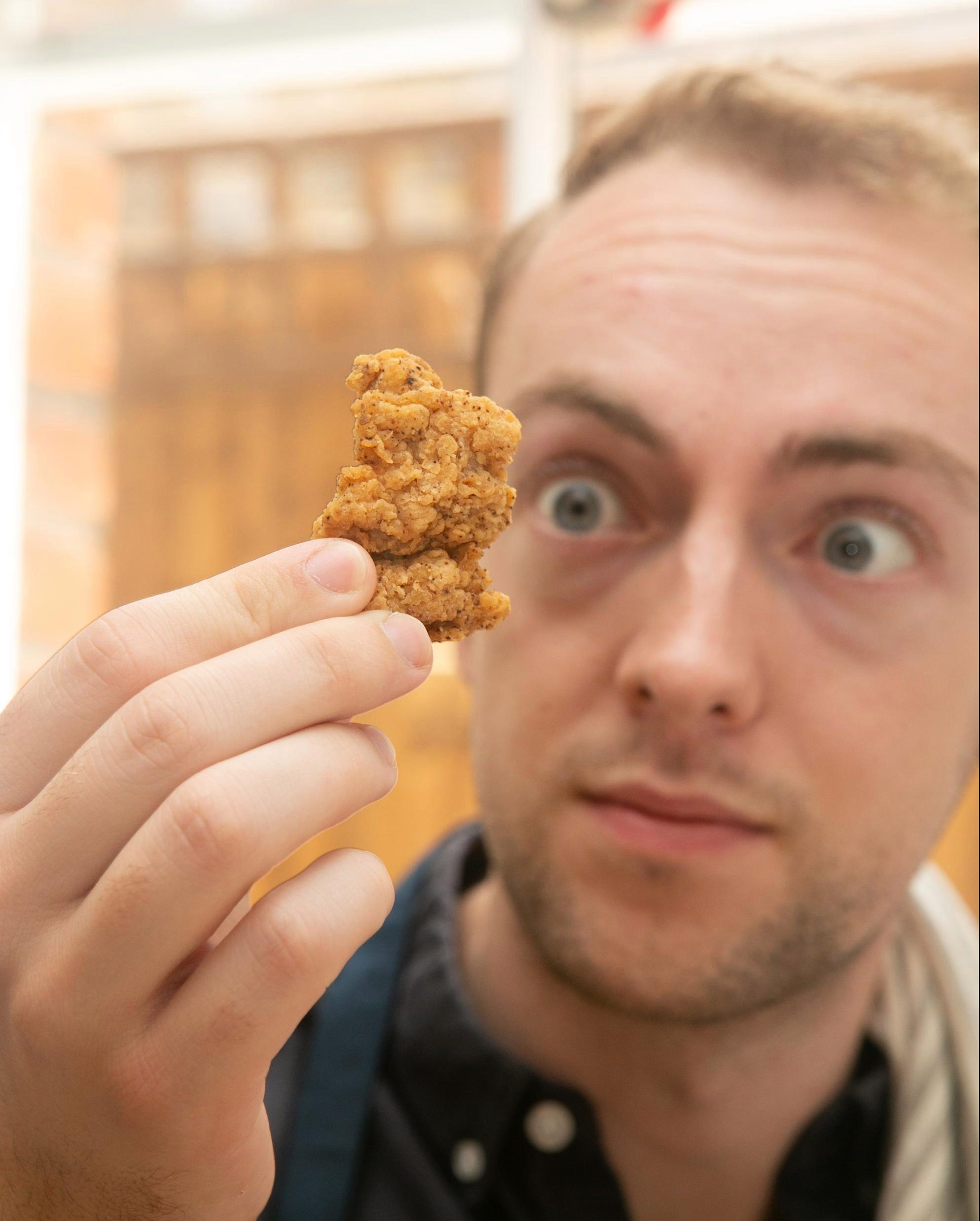 Mine are real chunks of thigh with a gnarly batter – tasty, but closer to KFC’s fried chicken.