Lucy Wyndham-Read has become the nation’s most watched fitness YouTuber, with 58million views of her channel since the start of lockdown. 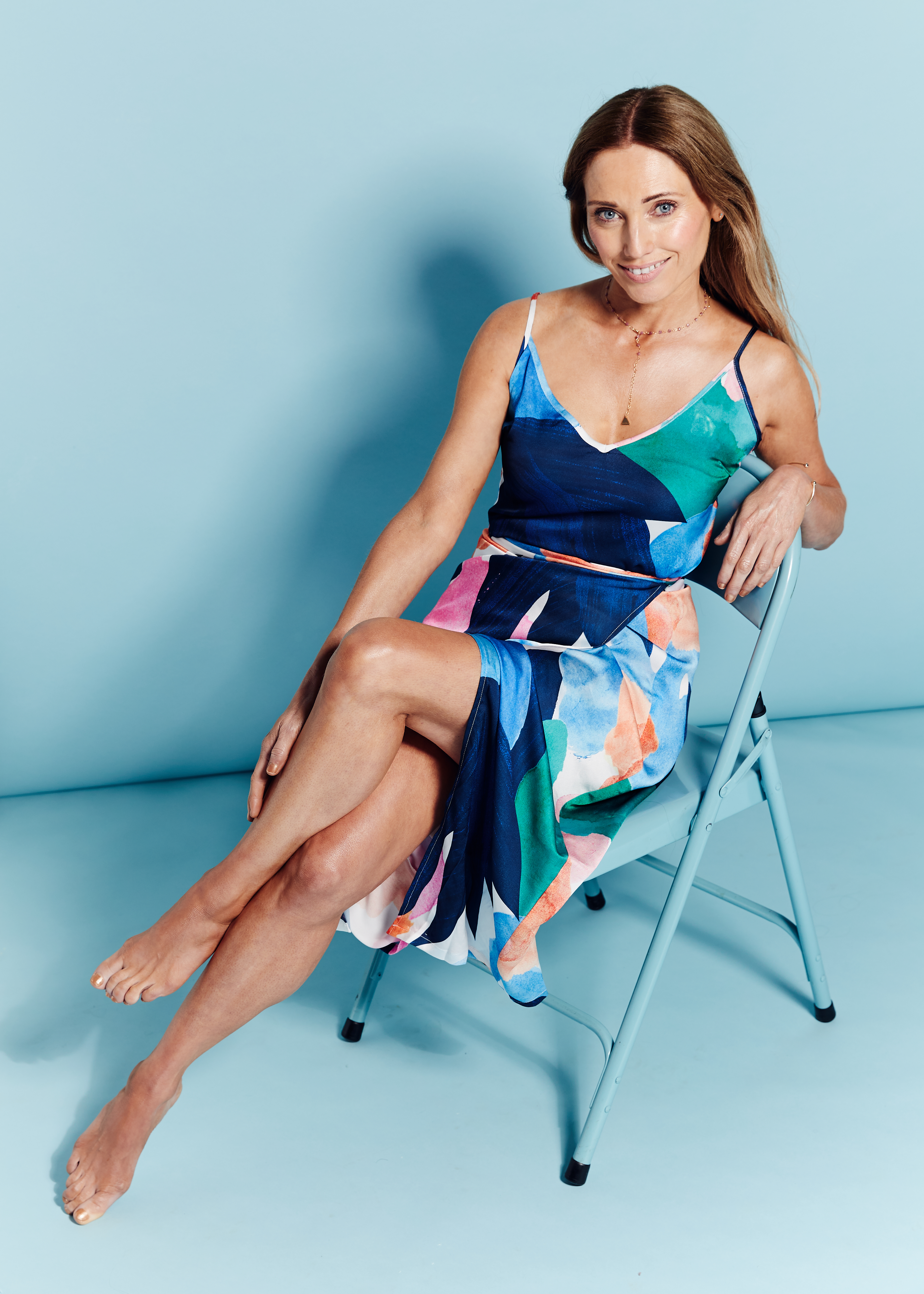 Best-known for her seven-minute workout videos, Lucy got into fitness when she joined the Army at 18 and created workouts she could do inside her barracks bedroom.

She says: “Anyone could do them anywhere, no matter your age or ability. And I also believed in not having to spend long working out, as long as the workout was good.”

Lucy’s “7 Minute Workout To Lose Belly Fat” video was the first to go viral, back in 2018. It has racked up 46million views. 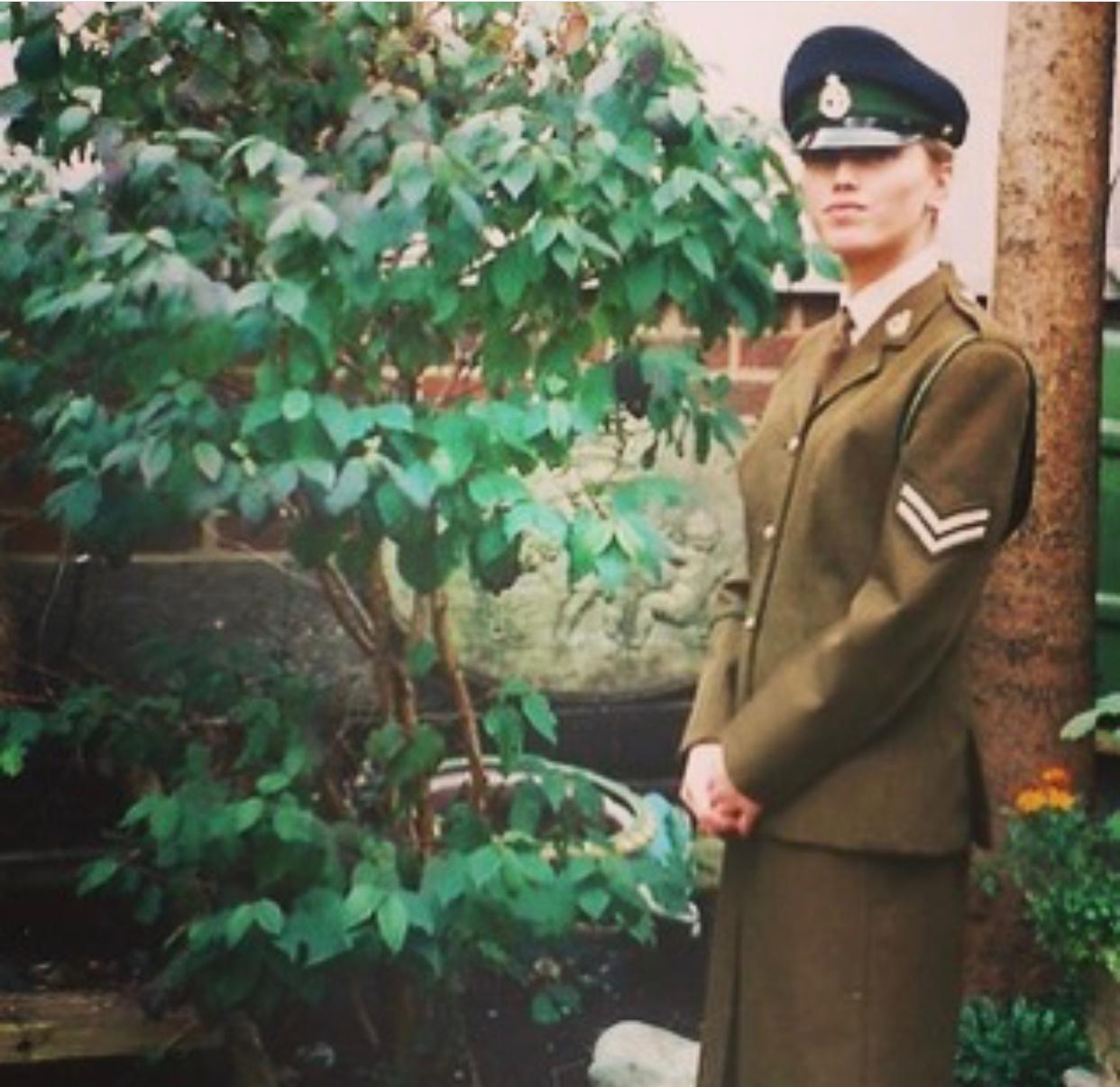 She says: “I filmed it and didn’t think anything of it, but the views went crazy.

"From there things took off and I’ve stuck to short, achievable, free workouts. I’ve filmed and uploaded a new workout every day for the past 990 days.

“I’ve never met Joe but I think he’s done an amazing job keeping kids fit in lockdown. I know how hard it is doing a workout video every day. But we are very different. Everyone likes different styles of training. Mine are short, with a little added magic and sparkle.

“Lots of fitness influencers are much younger than me with six packs, but I’ve proven that, at 48, I can do it. For me it’s less about looks and more about changing someone’s life.”

Lots of fitness influencers are much younger than me with six packs, but I’ve proven that, at 48, I can do it.

At school Lucy was picked last and hated sports, but joining the Army changed everything.

She says: “I had every excuse possible to get out of PE. I hated it because everyone always wrote me off because I was a bit chubby. I was always picked last.

“I was intimidated, awkward and clumsy. I was bullied as a result, and it was this feeling of wanting to be stronger and prove to everyone that I wasn’t weak that has shaped my entire life.

" I decided to throw myself in the deepest end possible and joined the Army.” 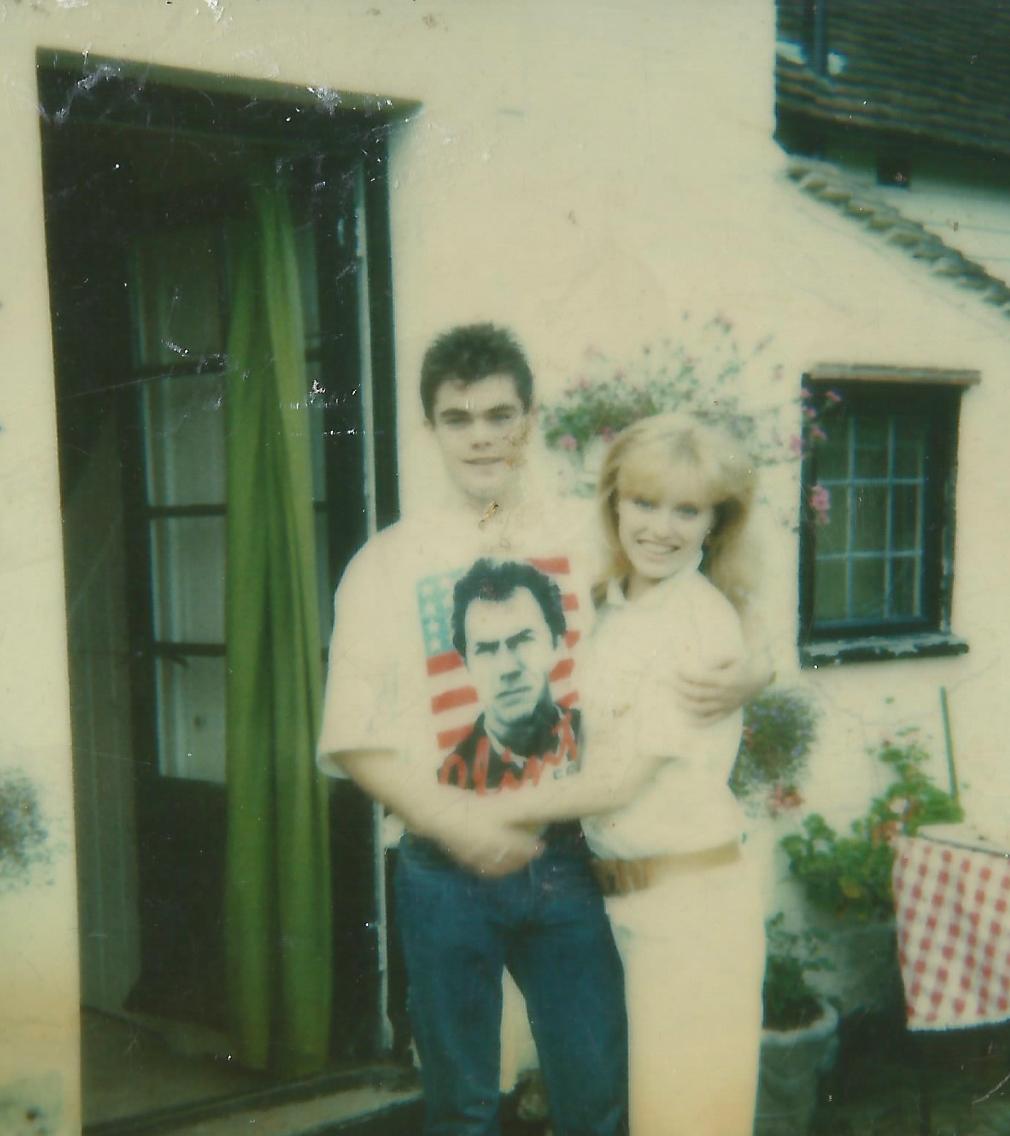 Lucy, of Farnham, Surrey, started her basic training at Aldershot and after 12 weeks she was a new woman.

She says: “During those 12 weeks I was tested beyond my limits and it made me realise what you can achieve both physically and mentally.

“I remember one day we ran for miles to a tiny tunnel that was pitch black and you could barely fit through it if you slid on your tummy with your huge rucksack on. We all had to go through it for ten minutes and I was terrified.

“I was about to say I couldn’t do it, but the girl in front of me broke down and they shouted that she wasn’t leaving until she had gone through. I realised then I had to do it, and although it was horrendous, when I came out the other side, I knew then that I could do things that scare me.”

I was intimidated, awkward and clumsy. I was bullied as a result, and it was this feeling of wanting to be stronger.

During her time in the Army, Lucy also lost her fiancé Mike Lee, 22, who died in an accident in Belfast in 1992. He and an Army friend were in shock after witnessing a bomb explosion, and returned to their barracks.

They were supposed to empty their guns of bullets, but the pal forgot to do so, and as they played a joke game of Russian roulette, Mike was shot in the face and died instantly.

Lucy, who met Mike when she was 15, says: “At 3am the guardroom soldier woke me and said I had to go to the guardroom. I thought it was weird so I asked if my family was OK and they said yes.

“I asked if a bomb had gone off in Ireland and they said no, so I assumed that meant Mike was OK.

"When we turned the corner and I saw my parents pull up and get out of their car I just remember screaming uncontrollably. I knew then that I’d lost Mike. I was in a complete state of shock.” 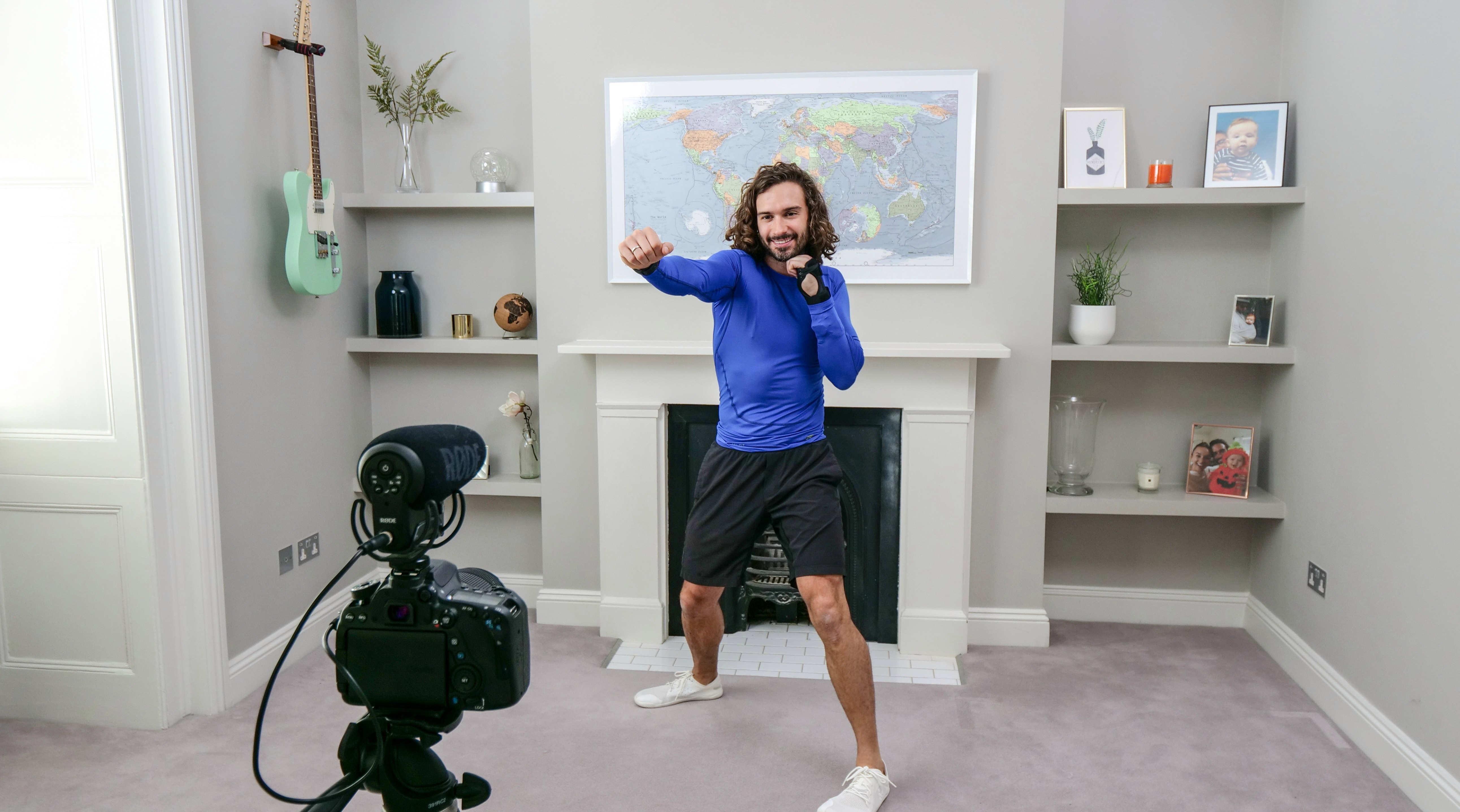 Lucy was given two weeks compassionate leave but was then expected to return to work. It was another turning point in her life.

She says: “I was still numb. I was confused, angry and so desperately sad I couldn’t concentrate but my boss at the time just told me on my first day back: ‘You need to move on and get on with things now’. I thought, ‘I haven’t gone through a break-up, my fiancé has been killed’.”

A few months later, Lucy left the Army and started what would become one of the biggest fitness businesses in the UK. She says: “Leaving was hard for me because the Army had changed everything.

“I was picked on at school for being weak, so when it came to leaving I thought, ‘What can I do that will prove everyone wrong?’ Getting fit and strong had given me the inner strength I’d always lacked and I just wanted to do that for other people.”

Lucy started doing personal training sessions but she wanted to take her workouts to the masses. She says: “I struggled at first because everyone wanted to charge me thousands of pounds to build me a website, or film and edit my workout videos.

I was still numb. I was confused, angry and so desperately sad I couldn’t concentrate .

“I was living in a tiny, horrible bedsit and I was at rock bottom. I spent hours teaching myself how to film, code and upload my workouts to YouTube. People assume it happened overnight, but it absolutely didn’t. But every time I questioned myself I would go back to that discipline of not giving up that I learnt in Army training.”

The determination paid off. Lucy is now one of the most successful fitness stars in the country, with 1.5million YouTube subscribers.

She says: “It has been about reaching out to people like me who are complete beginners, who desperately want to be fit and healthy, but have no idea where to start. Every time I get a message from someone saying ‘I never thought I could complete a workout, but I’ve completed yours’, I feel amazing.”

And Lucy is adamant that just seven minutes of exercise a day can make a huge difference. She says: “I’m all about keeping exercise simple and achievable — that keeps people coming back.

“It’s no good telling people to do 45 minutes only for them to only do it once.
Health and confidence come from regular exercise, and everyone can find seven minutes in their day. Everyone who tries my seven-minute workouts say they can’t believe it works.

“The most important thing is intensity, not duration. My workouts include moves that work the most muscles in one move, so you get the best results in a short period of time.

“It’s competitive out there now but I don’t follow fitness trends, I believe in my workouts.”

Complete each of the seven moves, at the highest intensity you can, for one minute. 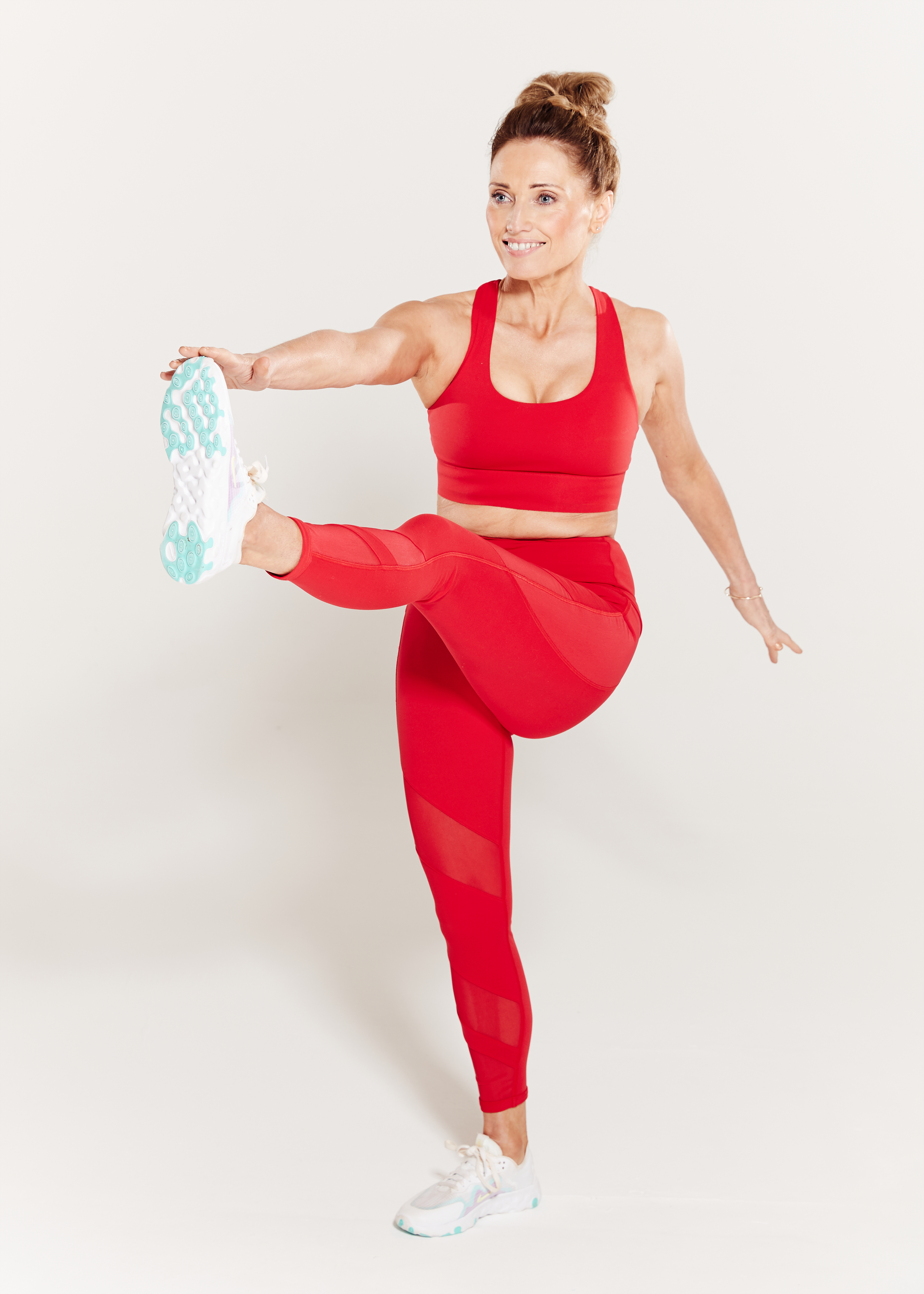 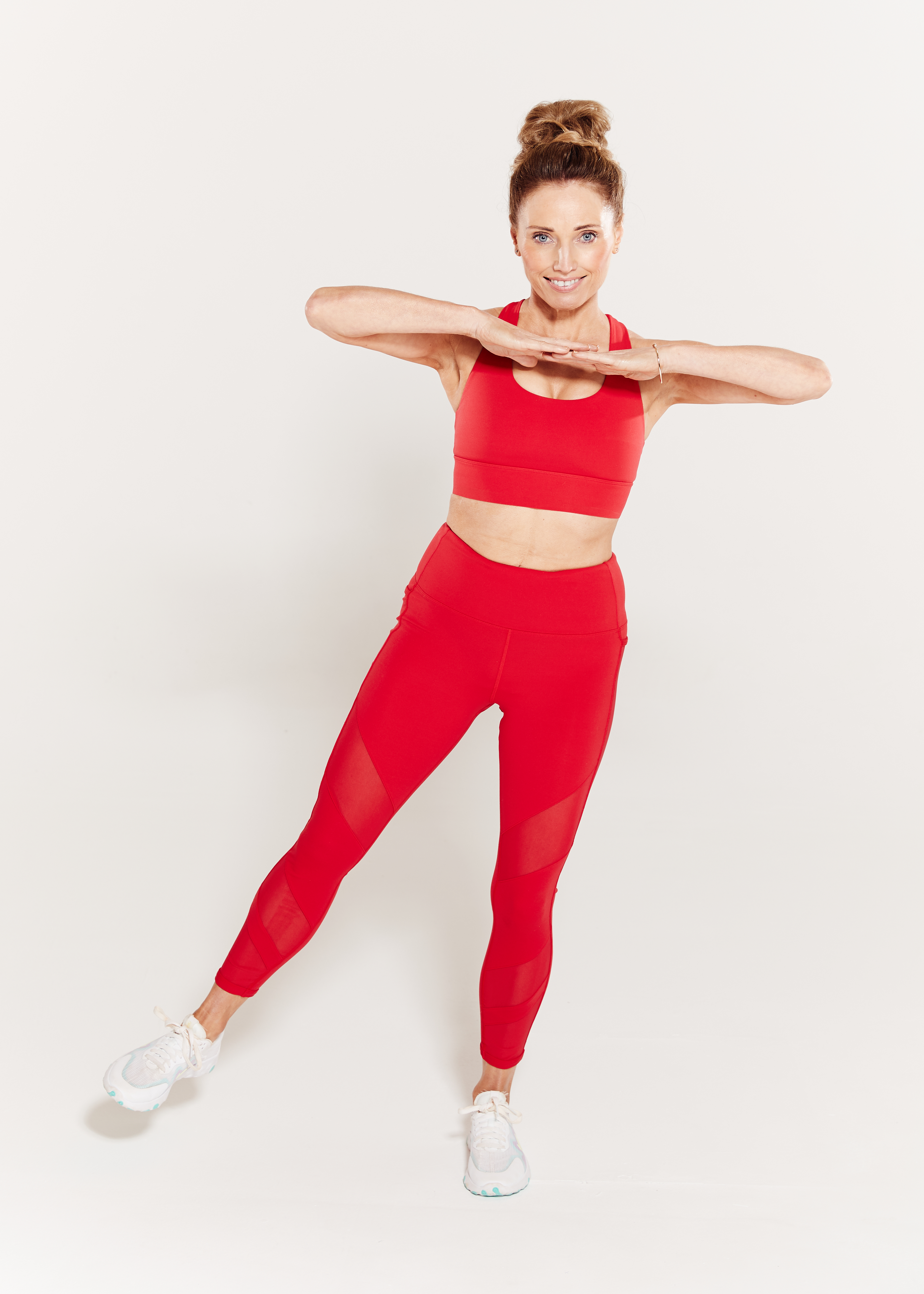 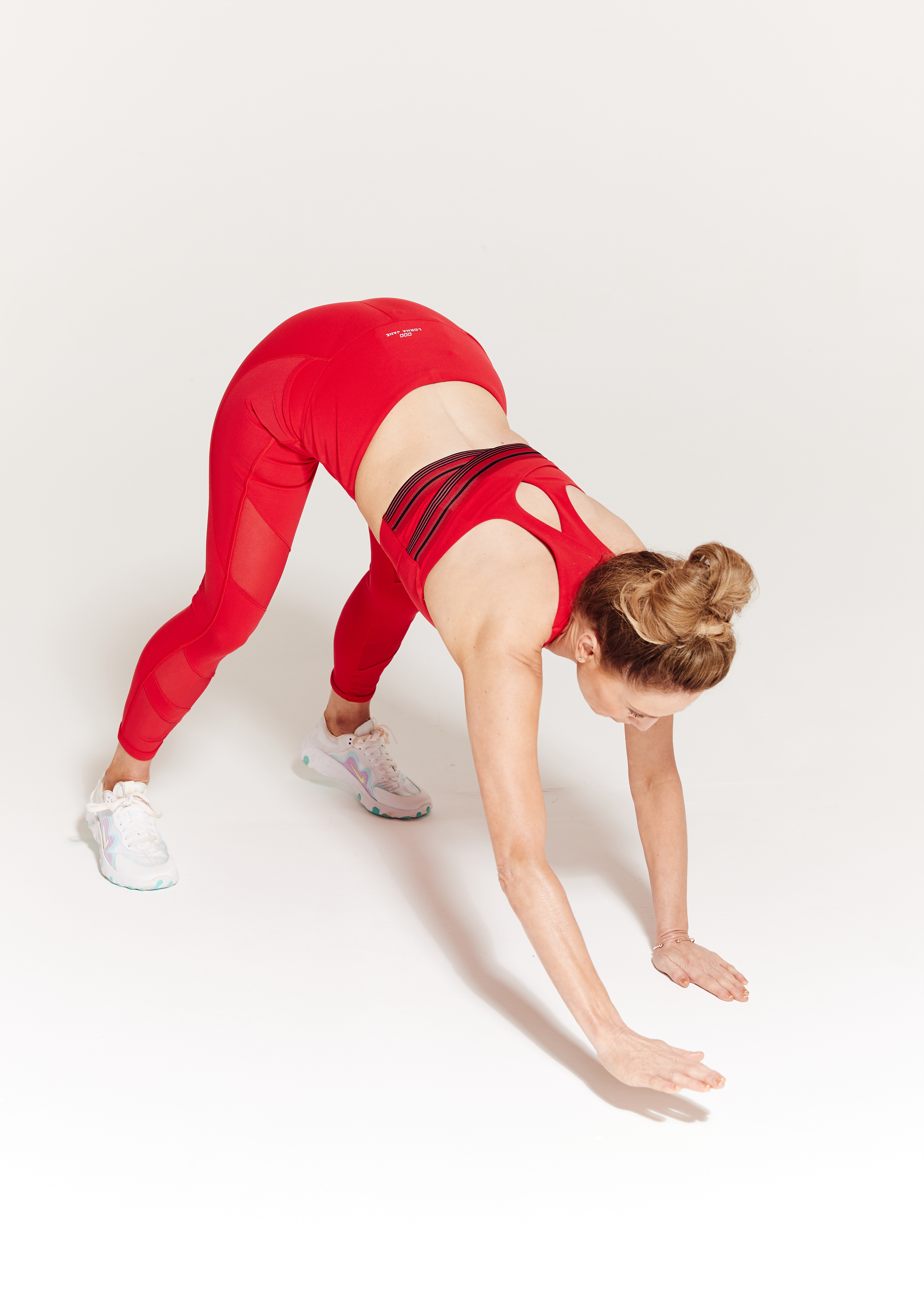 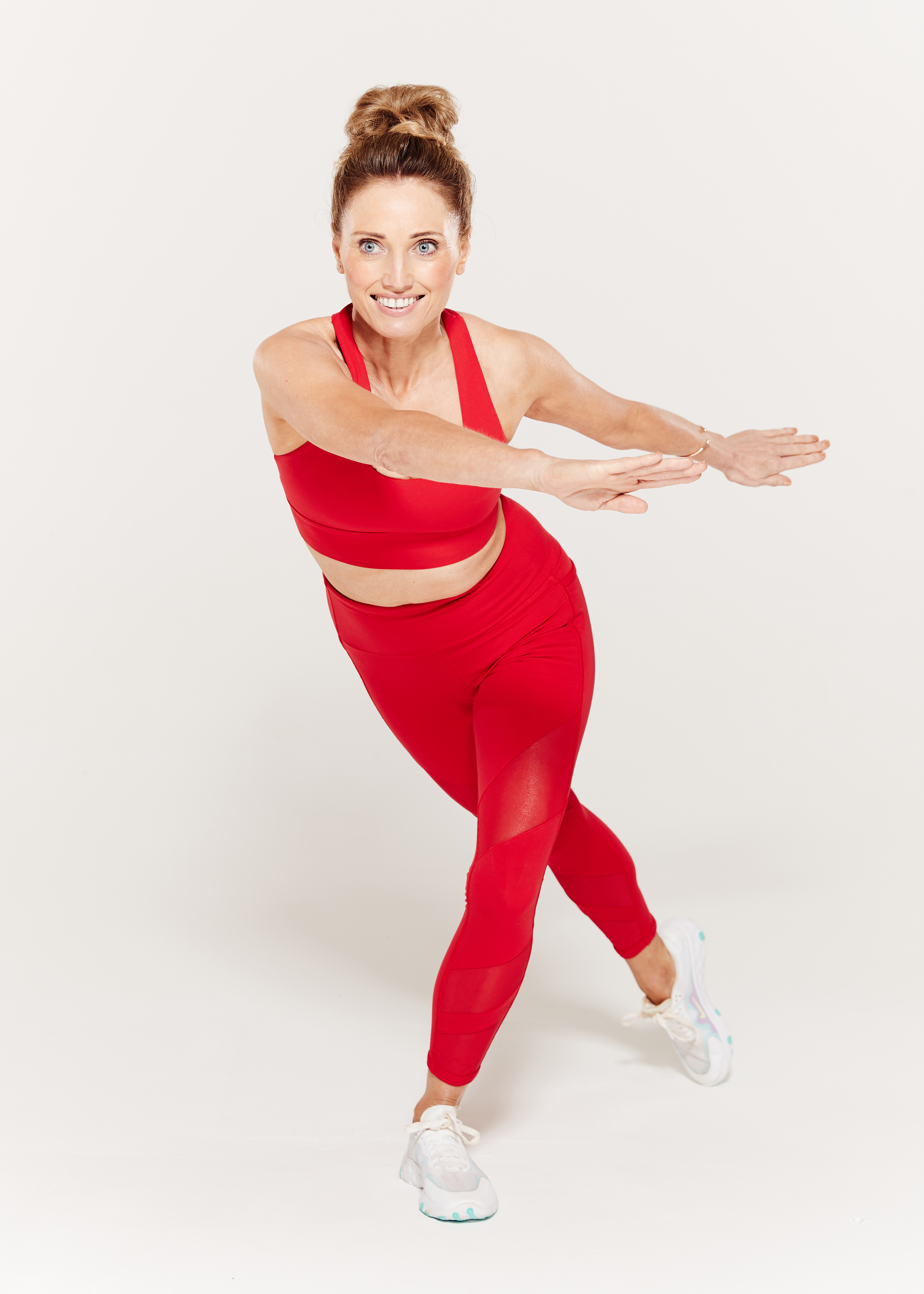 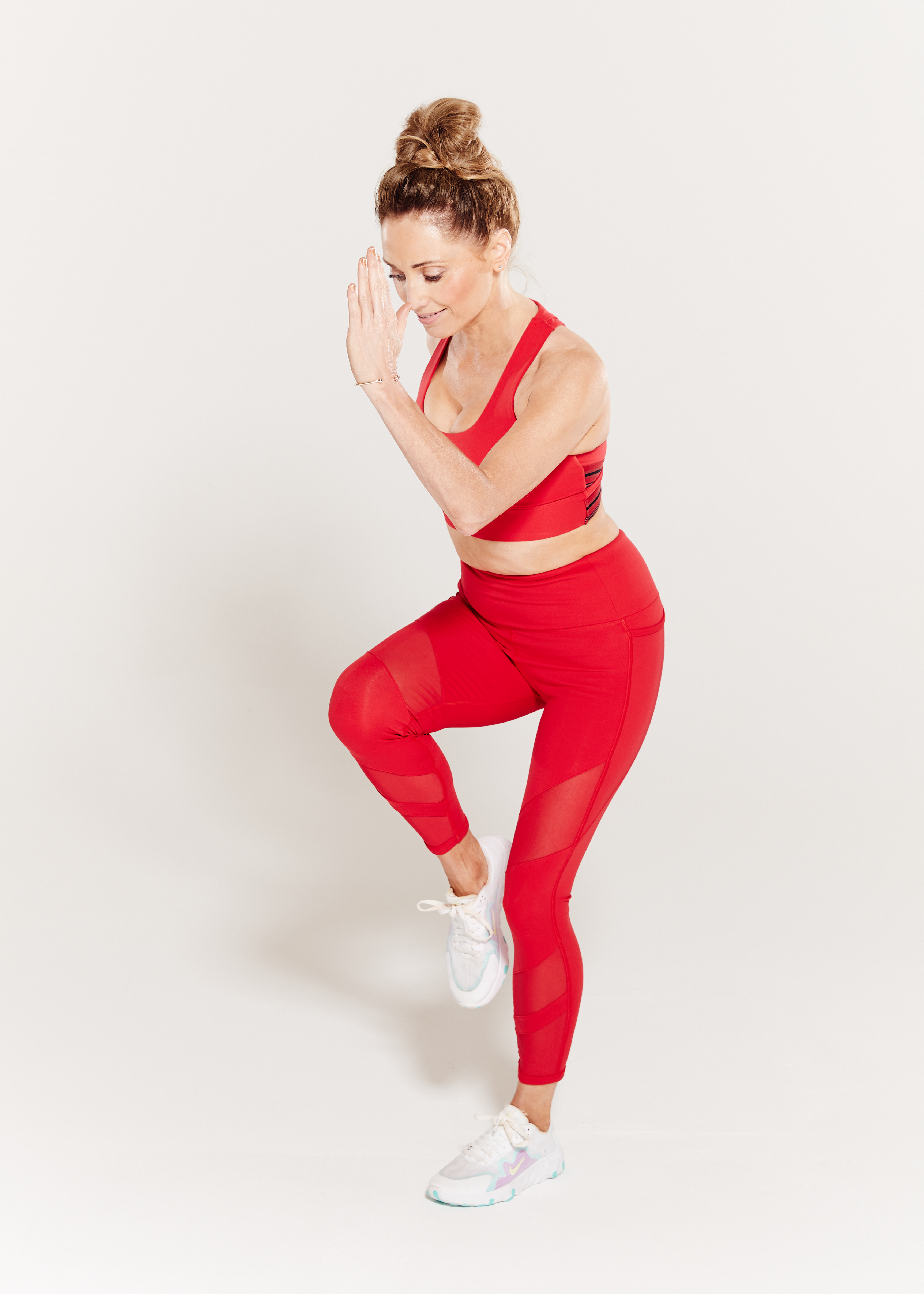 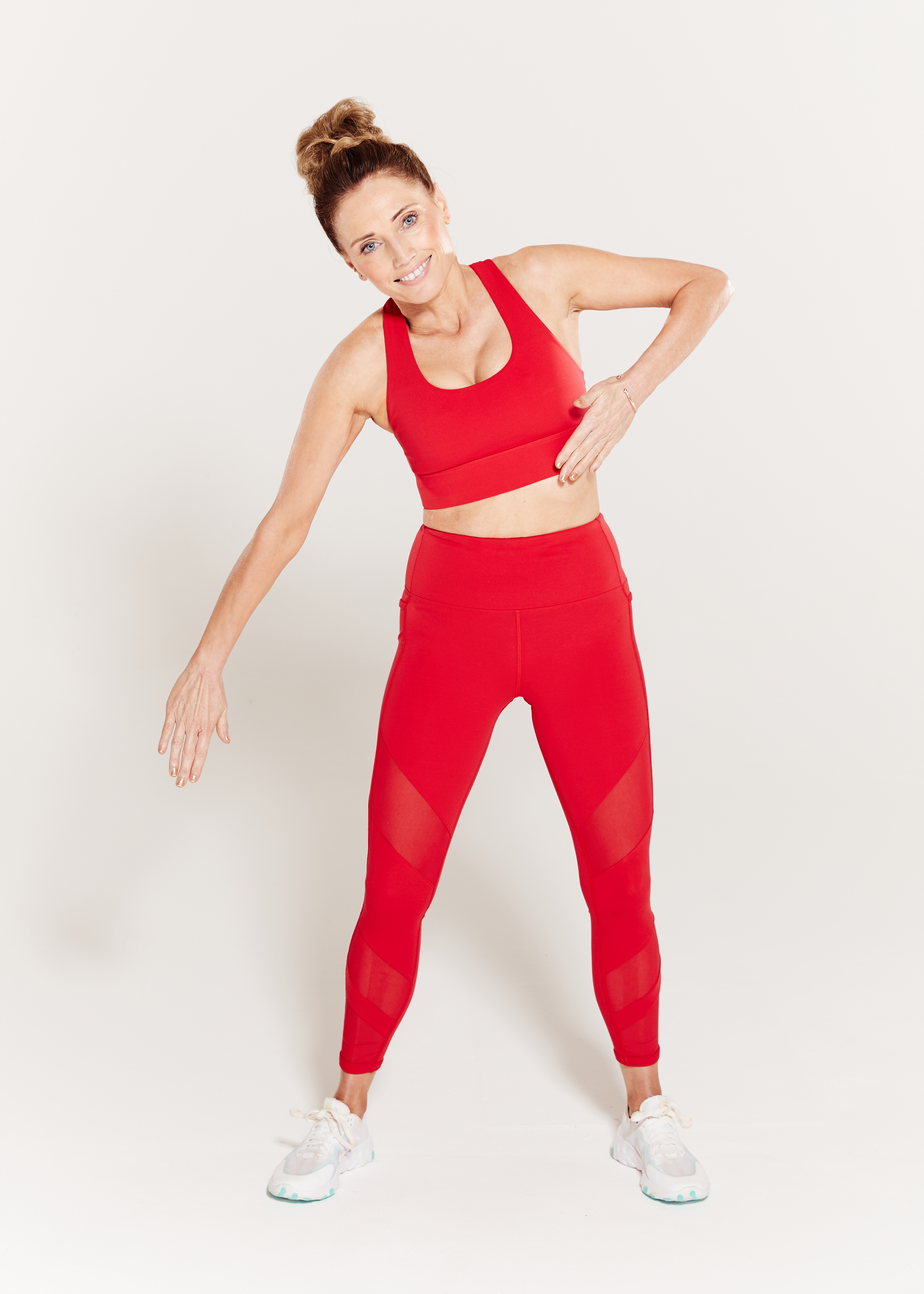 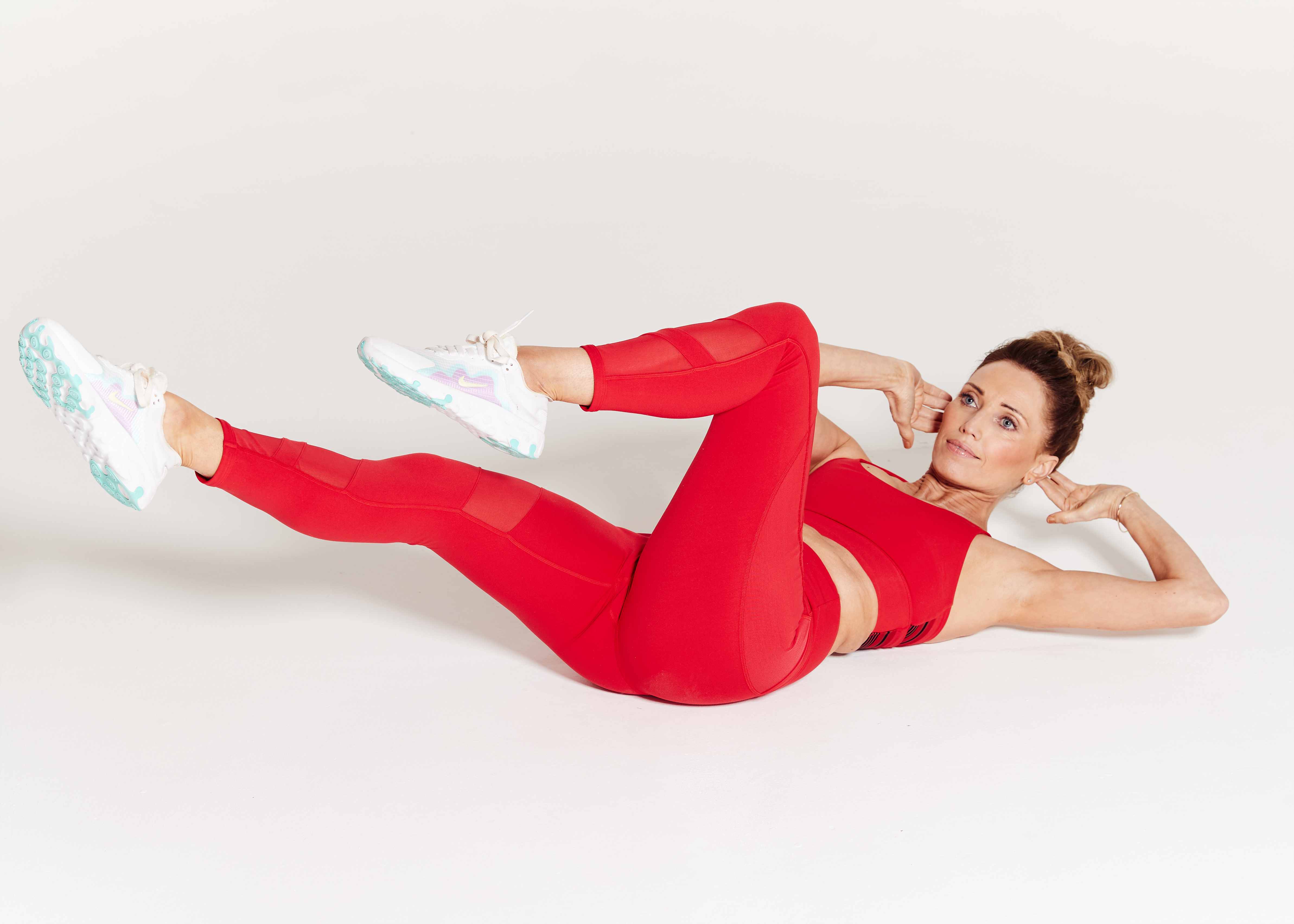 NASA plans for return to Moon to cost $28 billion

NASA plans for return to Moon to cost $28 billion

Cardi B sued for defamation by group of Long Island beachgoers

My entire wardrobe is second hand from charity shops – my favourite boots cost 20p, here's how to get the best bargains