Home » Fashion » 'I felt so violated, like I'd been raped' – abuse of UK women forced into virginity tests to check if they're 'pure'

IT WAS a balmy day in April this year when 19-year-old student Sofia* was forced by her father into undergoing a virginity test.

Choking back tears as a male gynaecologist put on a pair of blue latex gloves, she steeled herself for the humiliating procedure to prove whether she was “pure” or not – so that her family could make her have an arranged marriage with a cousin in Bangladesh.

“The doctor told me to remove my underwear and lie down,” Sofia says.

“The next thing I knew, his hand was inside me. It was painful and I was crying, begging him to stop, but he carried on.

“I felt so violated, like I’d been raped. The fact that my father was in the room while it happened made it even more horrific.”

Sofia is one of the estimated thousands of young women in the UK who are forced to have a virginity test each year by parents or relatives who insist a girl must be sexually “pure” before an arranged marriage.

“Virginity testing is a barbaric act that has no place in British society,” says Aneeta Prem, founder of the anti-honour abuse charity Freedom.

“People assume it only happens in other countries, but it’s going on in the UK with girls born here. They may have Southeast Asian, African or Orthodox Jewish heritage, but we also hear from white Christian girls being forced to have a test before they’re married into a wealthy family.”

Astonishingly, virginity testing by a gynaecologist is currently legal in this country, and is available in private clinics around the UK – although it is not a service that medics like to admit to carrying out.

An investigation by the BBC last November identified seven clinics nationally that confirmed they provide virginity testing, while several others refused to clarify their position.

The highly invasive initial test, which costs around £500, involves a physical examination by hand to see if a woman’s hymen is intact.

If it is “broken” – which can happen during a first sexual encounter, but also through other means, such as playing sport or using tampons – she will often then be forced to have hymenoplasty, a surgical procedure to stitch the hymen back together that can cost up to £4,000.**

The BBC study also identified 22 UK clinics openly advertising hymen-repair surgery, which is occasionally also requested by women to please a partner, or by some who have experienced rape or abuse and want to start their sexual experiences afresh.

Data from NHS England showed that 69 hymenoplasty procedures were recorded in the past five years, though Aneeta thinks the real figure could run into the thousands.

“Gynaecologists are doing it off-the-books. Family members will often also do a crude ‘two-finger’ test on a girl at home, which involves inserting two fingers into the vagina to check if the hymen is intact,” says Aneeta.

It’s telling that the number of young women seeking help from Freedom soared during the pandemic.

“Calls went up by 40%, possibly because so many girls were trapped at home and unable to turn to teachers or the police for support,” says Aneeta.

Dr Ashfaq Khan, a consultant at Harley Street Gynaecology in London, is asked “every month or two” by girls’ parents to perform virginity testing or hymenoplasty, but he routinely turns them away.

“I’ve never done either – and never will. I’m so angry at other consultants who do it,” he says.

“It should never happen on British soil, and we should have no part in it.”

Sofia’s ordeal began while growing up in the Midlands in a Muslim family.

“At home, my brother could drink, smoke and have girlfriends over, but I wasn’t even allowed to look at a boy.”

Her father was so controlling he would even walk her to her classroom every morning until she was 16.

“I wasn’t allowed a mobile phone either, and my parents locked me inside the house when they went out,” she says.

Last October, while at sixth-form college, Sofia, then 18, secretly began a sexual relationship with a boy in her class. But in late March of this year, her brother saw them kissing outside college.

“He told my parents, and that night my dad beat me with a slipper,” she recalls.

Two weeks later, Sofia was shown a photo of a cousin she was to marry in Bangladesh.

“He was in his 50s with a white beard. I felt physically sick.”

Plans were drawn up for a wedding that would take place this month, but Sofia was told she would first need a virginity test.

The next day, I called Freedom from a payphone, because I was terrified my family would kill me or send me to Bangladesh to marry that old man.

Knowing that the result of the test would be sent to her father within days and would show that she was not a virgin, Sofia panicked.

“The next day, I called Freedom from a payphone, because I was terrified my family would kill me or send me to Bangladesh to marry that old man.”

The charity immediately staged an intervention and secured Sofia a place at a women’s refuge, where she has remained since, losing contact with everyone from her past.

“I’ve got a job now, but have so little money that I live off food banks. I’ve changed my identity and appearance, but I’m still scared. I have a security camera in my room in case my family comes for me. I’m very lonely, but if it hadn’t been for Freedom, I’d probably be dead.”

Aneeta says many girls like Sofia struggle to break free.

“If they run away, they end up isolated, without even a phone or a bank card. Their family hunts them down and the majority return home to a very dangerous situation. We do everything we can, but the government needs to help us – we get barely any money or recognition for our work.

“We want to ensure that these girls are looked after safely, in a place of learning and mentoring, where they can begin their lives.”

In October 2018, the UN Human Rights Council, UN Women and the World Health Organisation together called for a ban on virginity testing, calling it “a violation of human rights”.

But while the UK government announced in July this year that virginity testing will be made illegal as part of its new Violence Against Women and Girls Strategy, there are no plans to make hymenoplasty a criminal offence too. Instead, the Department  of Health and Social Care (DHSC) has said that an expert panel will be looking into the impact of the procedure.

Aneeta says: “The new legislation is welcome, but it doesn’t go far enough.

The law may also not be passed until April 2022, leaving thousands of women and girls unprotected in the meantime.” Consultant Dr Khan strongly agrees.

“Girls will just be taken for hymenoplasty instead, as the surgeon can effectively check their virginity at the same time. We need to ban both practices.”

'You’ll do exactly as we say'

Another victim is 18-year-old Hina*, a retail worker from the north of England, who until recently lived with her Pakistani parents.

“I was told from the age of eight that I would marry a cousin. I hated the idea even at that age, but when I challenged it at 14, my father smacked me and told me it was my duty.”

In early June this year, Hina found out that she was three weeks pregnant by her secret boyfriend of three months, Ali*, a colleague at the store where she worked. “I didn’t know what to do, but we both wanted to keep the baby.”

At the end of June, she heard her father on the phone, speaking to a family member to confirm that Hina would marry a cousin in Pakistan.

“I yelled at my father that he couldn’t make me marry my cousin. He shouted back: ‘You’ll do exactly as we say.’”

Hina then blurted out the truth about Ali and the baby.

“My father slapped me across the face, shouting: ‘Why must you bring shame on us? You’re a dirty whore!’”

Hina was then locked in her room for 24 hours by her parents.

The next day, she was ordered downstairs by her father and told that an abortion had been arranged for her, before a surgeon would “fix” her so she could marry her cousin as a virgin.

Devastated, Hina quickly realised that her only option for escape was to go along with it.

“The next day, my father took me to a gynaecologist, who said he would do the hymenoplasty after the abortion, for £3,000. When he explained how he would stitch my hymen together, I ran out of the room and threw up. It seemed so barbaric to me that these consultants can make huge amounts of money from something so sickening, totally against a woman’s will.”

It seemed so barbaric to me that these consultants can make huge amounts of money from something so sickening, totally against a woman’s will.

Although her parents had confiscated Hina’s phone, they had allowed her best friend to visit briefly, and she was able to pass a message to Ali.

A few nights later, in early July, Hina managed to slip out of the family home at 2am, before driving with Ali through the night to a friend’s house in London.

“I was frightened my parents would find me there, but a few days passed and I heard nothing. I guessed I’d been disowned,” Hina says. “I was so relieved to have escaped, but very upset about losing my family, probably forever, even though they’d been so abusive.”

Hina sought help from Karma Nirvana, another charity working to end honour abuse in the UK, and thankfully, the couple have found a safe place to live, and are expecting their baby early next year.

“I’ll never forgive my parents,” says Hina. “The whole experience has left me with no trust in the medical profession. I’ve not had a single doctor’s appointment during my pregnancy as a result, though I know it could put our child at risk.”

Natasha Rattu, CEO of Karma Nirvana, has been campaigning against virginity testing and hymenoplasty for years, and says huge cultural change is needed. “This is a gender and inequality issue, because there is no equivalent testing for men.

People assume it only happens in other countries, but it’s going on in the UK with girls born here.

“Things are starting to move in the right direction, but there’s a long way to go to stop these appalling violations,” Natasha says. “We know girls will be taken abroad for testing when it becomes illegal, so it needs to be a crime beyond the UK as well.”

Hina is grateful for her new chance in life, but worries for other girls who are not as fortunate as her.

“I have been lucky, but other girls may have nowhere to turn. I hope that by speaking out, they can see that there is hope and that we must stand together against this horrific abuse.”

● You can find more information and support at Freedomcharity.org.uk and Karmanirvana.org.uk.

*Names have been changed 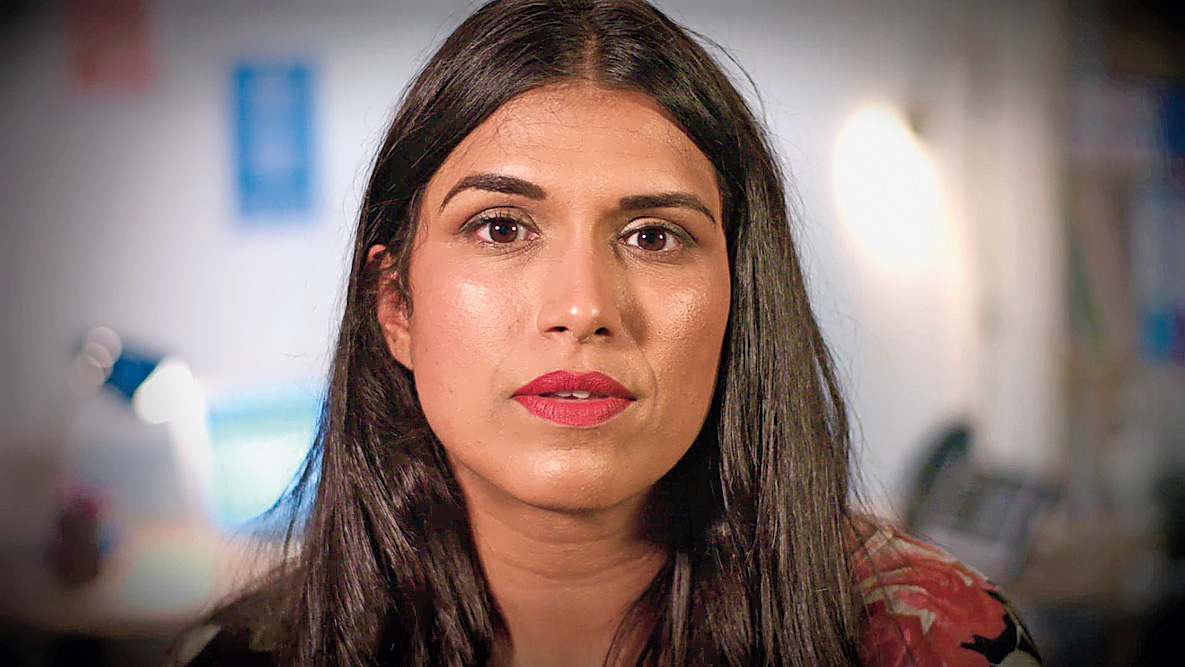 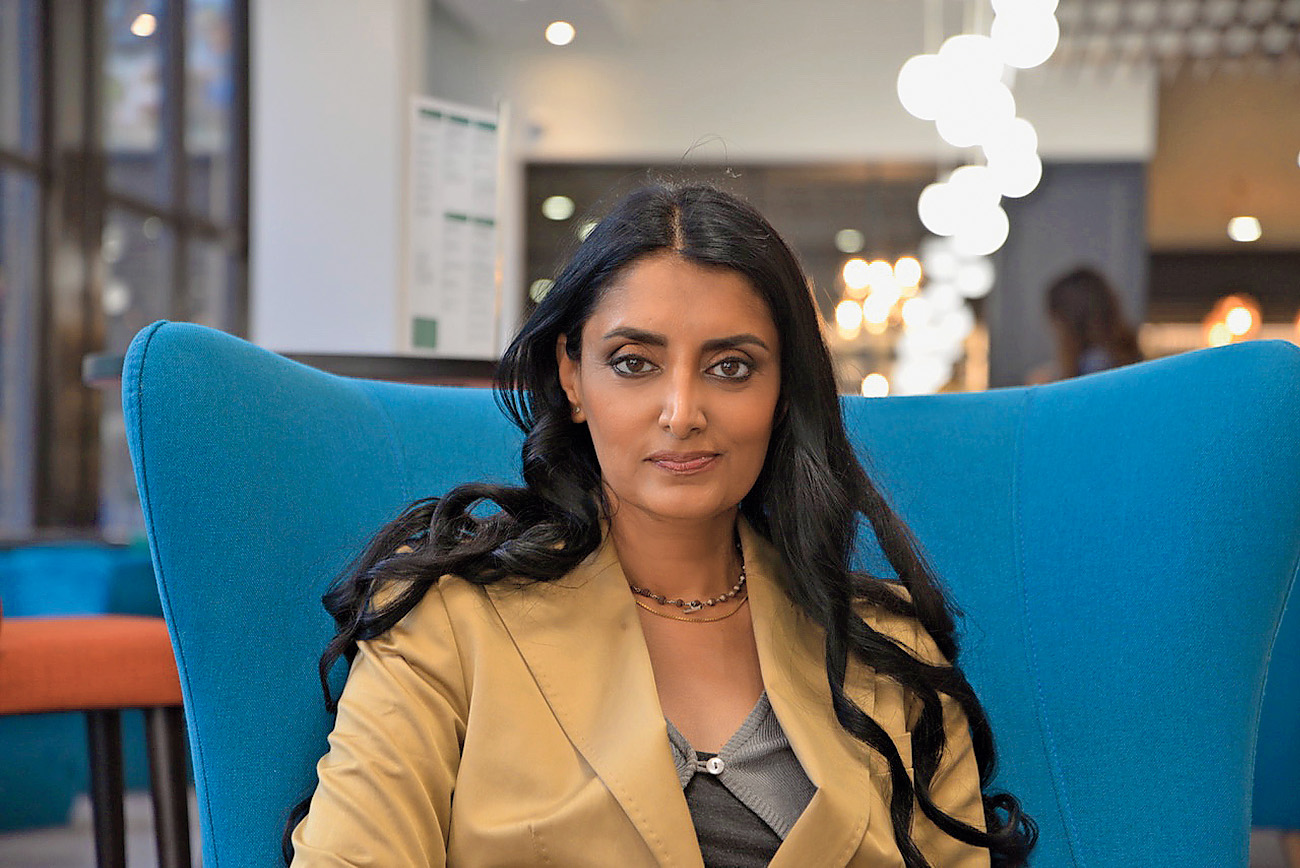 If you have been affected by any of the issues raised in this article, support can be found at:

WHERE TO GET HELP

Whenever it happened to you, it’s never too late to get support.

If you’ve ever experienced sexual violence or sexual abuse, you can get confidential support from specialists who will listen to you, believe you and understand how hard it is to talk about.

As a victim, you’re entitled to support whether you report the crime or not. Your rights are set out in full in the Victims’ Code.

Visit gov.uk/sexualabusesupport to see the support on offer.