GETTING a tattoo is a big decision as if anything goes wrong, you'll be left with a permanent reminder of your mistake as one woman found out.

Izzy from Boise, Idaho, shared her tattoo horror story with her TikTok followers where it has since received over three million views. 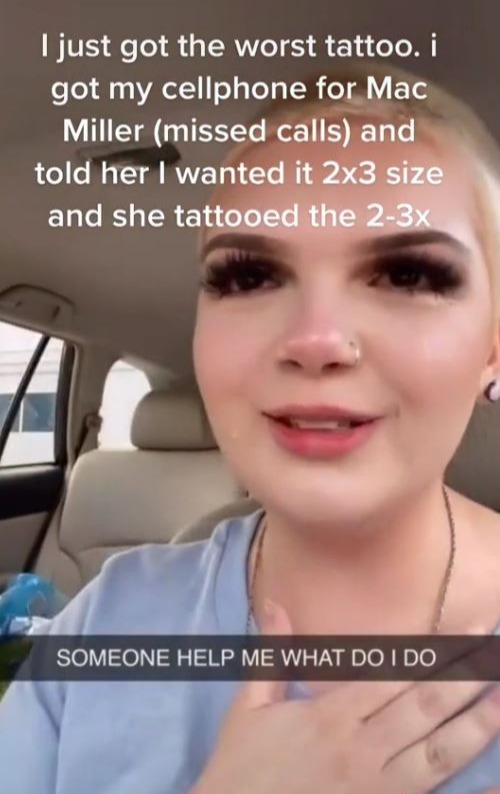 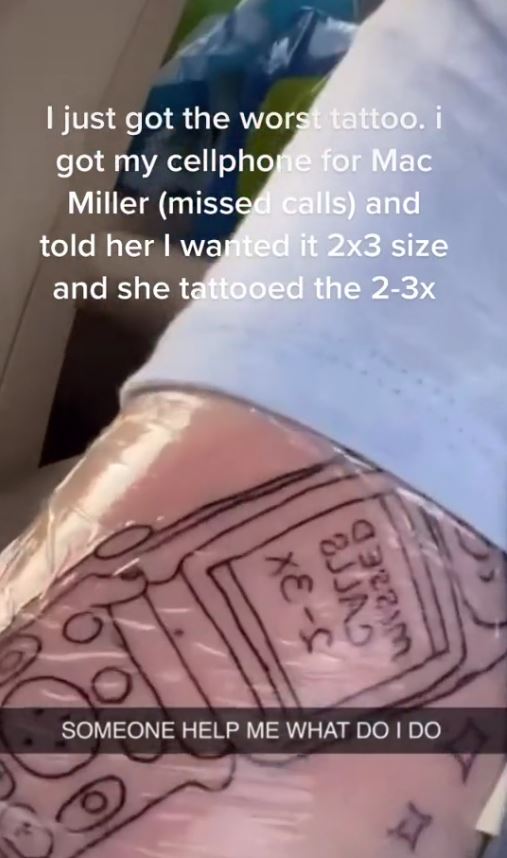 In the video, Izzy films herself driving back from her tattoo appointment in tears, but also giggling hysterically.

She was on holiday in Pittsburgh, over 2000 miles away from home, to meet her internet best friend and chose to get a Mac Miller tattoo whilst there.

Izzy told viewers that she is building up a music 'sleeve' on her arm which is inspired by her favourite artists as she already has a Lil Peep tattoo, Machine Gun Kelly tattoo, Harry Styles tattoo, and Zayn Malik tattoo, with their lyrics or symbols.

She wanted the Mac Miller reference tattoo as she is a big fan of the late musician and she wanted to add a reference to his music to her growing tattoo 'sleeve'.

In another Tiktok, Izzy responded to the commenters, explaining: "I know I'm stupid, I know it was my fault but I have 16 tattoos, like I've been through this before.

"I live in Idaho and I'm in Pittsburgh for the week so I went to the shop that I didn't know," the Starbucks and Ulta worker explained.

"My friend that I'm visiting here has been to that shop before and never had a bad experience so we made the appointment and it was supposed to be fine.

As for the meaning behind her tat, Izzy explained: "I wanted the cell phone to say missed calls for Mac Miller 'cos I visited the blue slide park while I'm here."

Blue Slide park is the name of a playground in Frick Park, Pittsburgh but also the name of Mac Miller's debut album as it inspired the music.

Izzy continued: "So I saw it on the paper before she printed it off.

"I thought that was for a size reference, I wanted it 2 by 3 size."

Izzy said she meant 2 inches wide by 3 inches tall or 5 cm wide and 7 cm tall but the tattooist inked an image that was 2 inches by 5 inches tall, so far from what she asked for.

She wanted the mobile phone tattoo to be small as she has a lot of ideas for her 'music sleeve.'

I just got the worst f***king tattoo

"When she was doing the tattoo she had me lay down flat with my arm completely bent sideways weird.

"When I did look over it was mostly just like her head, I couldn't really see it." Izzy told people who said she must have realised the error.

In the 3 minute video, she revealed: "I honestly didn't even notice it said the 2 by 3 until after we left and my friend that was with me took the picture of it and I looked at the picture and it caught my eye and it was there.

Her entire body had a reaction to the botched job as she said: "So I was in panic mode, I had a panic attack.

"But the line work itself is really s****y," she said as she showed a picture of the tattoo.

"So you can see the line work is so messy you can see right here where her finger kind of slipped, theres a random dot right there.

"The sparkles aren't closed," she observed. 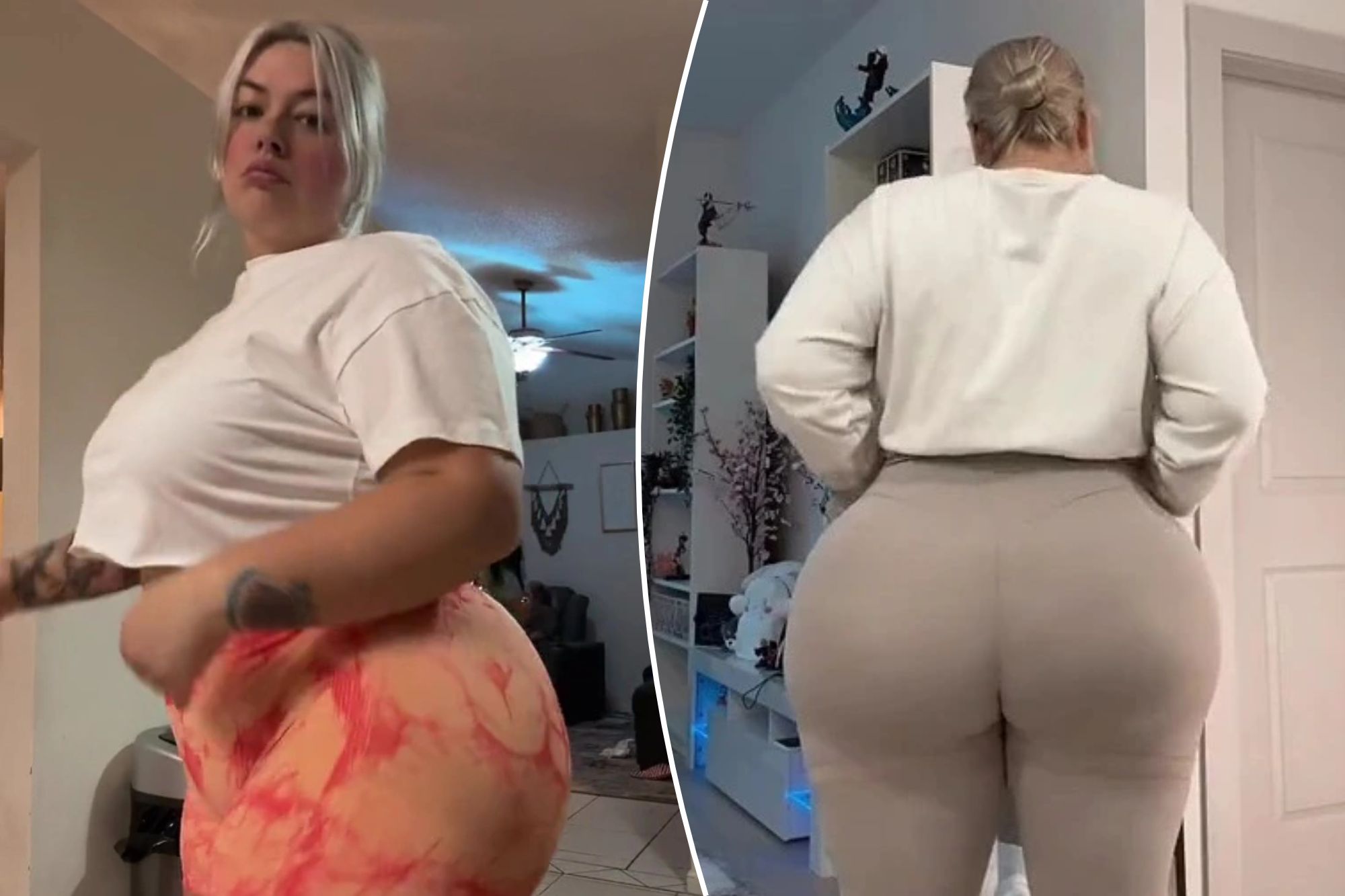 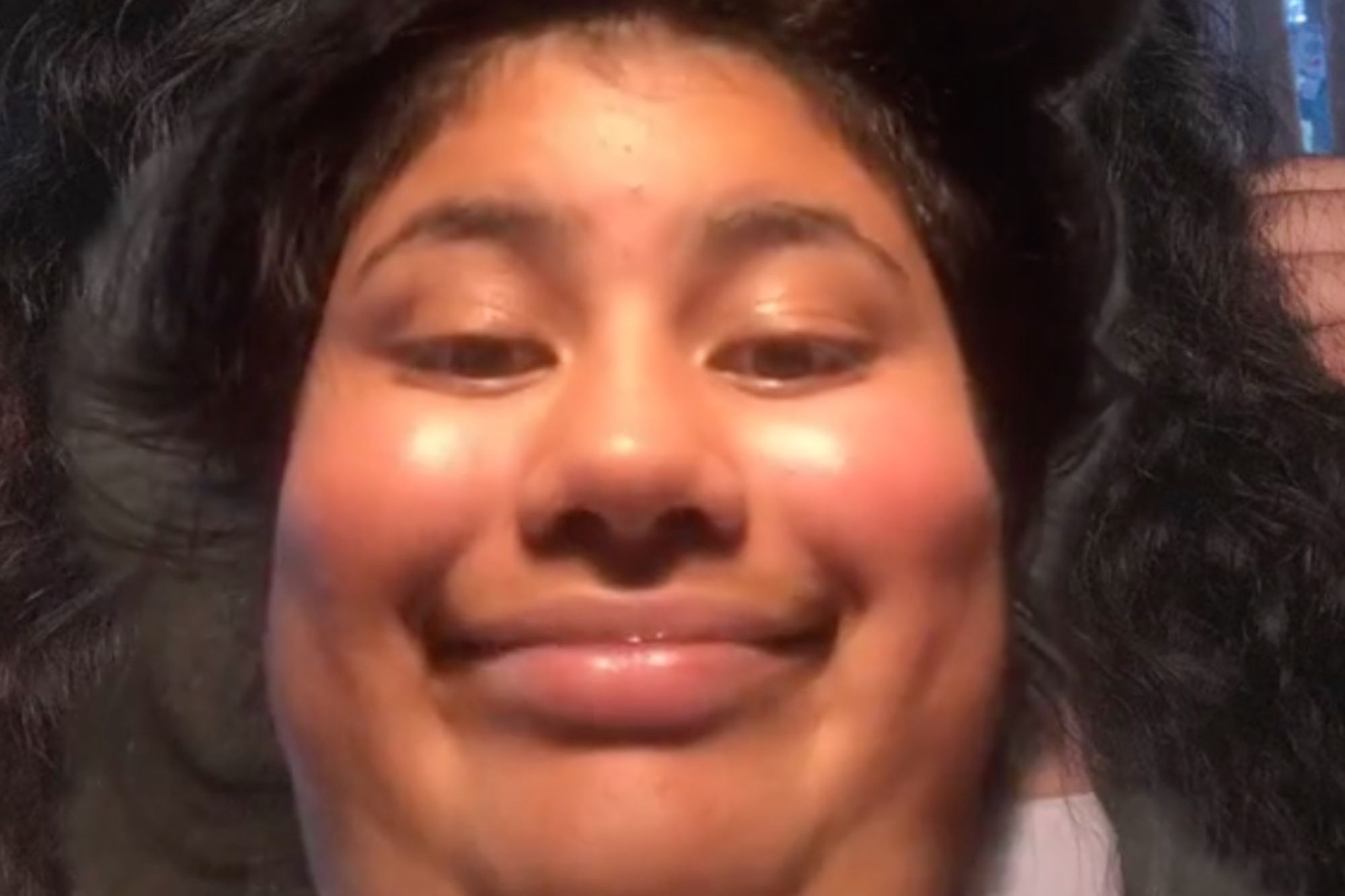 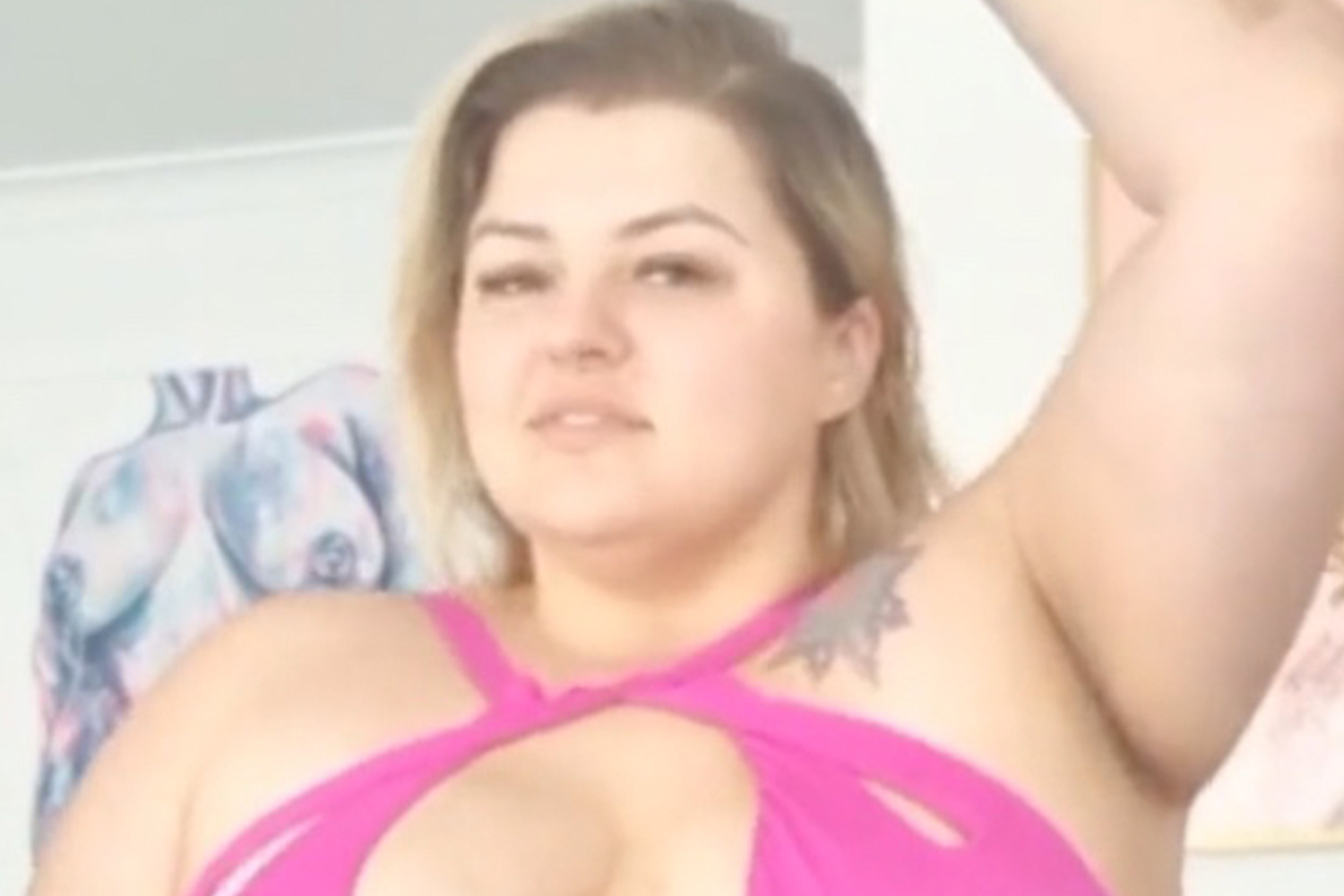 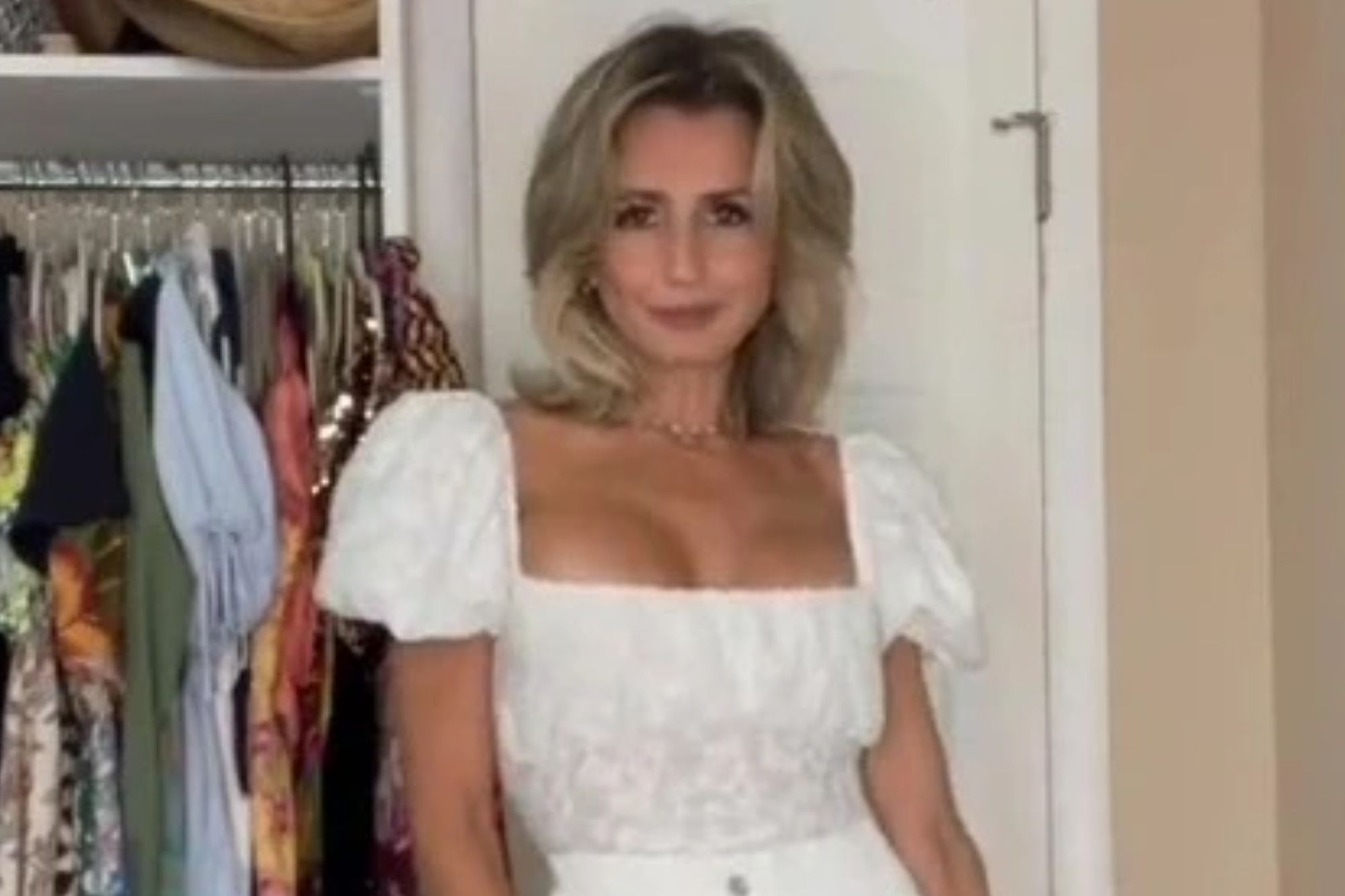 "In the consultation I told her that the two ex three, like 2 by 3 and as I said I have 16 tattoos, its like I have told the artist the size and stuff so many times and that was generally something I didn't think about .

"I know I should've caught it y'all are making me know that.

"Yes I feel really stupid but I think when I go back home the artist that I actually trust and have good tattoos from I think he can colour in the phone, even out the line work and probably block out the whole screen so its black.

"I don't want to let it ruin my vacation here." Izzy explained.

"Its an easy fix, its a funny memory me flying all the way out here to get botched."

"I don't care, I could fix it, I'm not worried about it," she told her millions of new viewers.

Izzy got her tattoo fixed at home at Icon tattoo in Boisy, Idaho, where she has been before.

Many told her that it was her fault it was botched but Izzy just said she found it 'hilarious'. 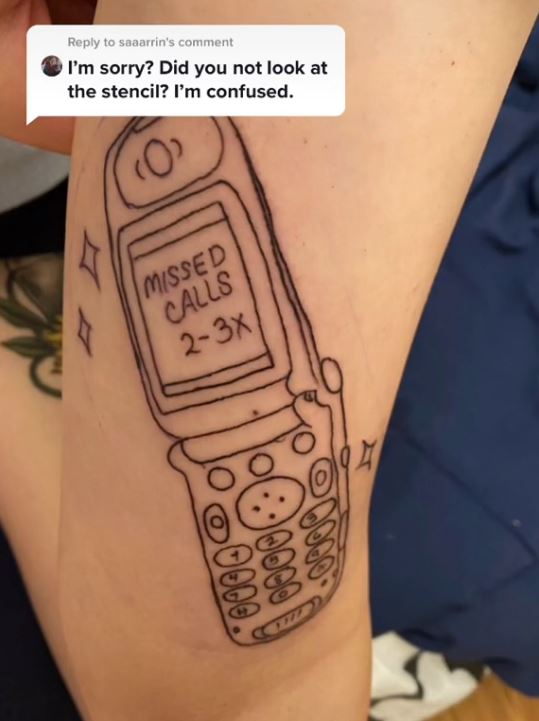 For more tattoo stories, check out this woman who spent her last £60 on a tattoo but it ended up crooked AND has an awkward double sexual meaning

Plus, I asked for a book tattoo & it came out so ugly – people mock me & say it looks like a ‘child got a hold of the ink gun’