EVERYONE wants their garden to look fabulous, but without the hefty price tag, right?

Well, one woman was quoted a whopping £7,500 for a garden makeover but decided to go down the DIY route instead. 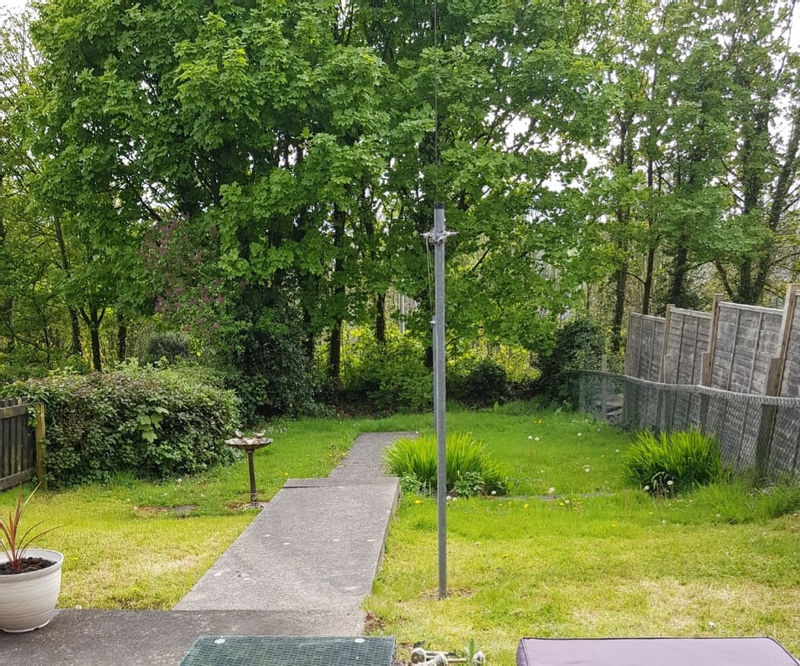 The DIY mum, Deborah Williamson, 49, spent 18 months transforming her garden from overgrown, bland and unloved into a beautiful haven.

Deborah managed to save herself £6,000 by transforming her garden herself.

The security worker from Whitehaven, Cumbria, spent 80% less than she was quoted, by bagging bargains as low as 50p.

Deborah said: “I thought it was ridiculous being quoted that much just for some decking.

“I said to myself, I’m not paying that.

“So I got to work, scouring websites like Amazon to find the things I wanted."

Deborah would spend her days off, working on the garden for an hour or more to create the incredible space.

She explained: “I split the garden into four sections, so I could make a rough budget and sketch on what I wanted in each area.

“I actually started doodling little pictures that I envisioned in my head for what the garden was going to look like once I had finished.

“I made sure to look for the best bargains, and to get everything as cheap as possible."

Deborah spent hours at a time looking through Amazon, as well as rummaging through sale items at B&M and Home Bargains.

She said: “The more pages you look through on Amazon, the cheaper you can find the item you are looking for.

“I really wanted a pergola, and I saw one for £350 which was a bit too expensive.

“I kept looking for another 15 minutes and ended up getting pretty much the same one for £93.06 because it had a discount on it for first time buyers.

“I did the same for some composite decking tiles and got 6 percent off each time.

“For the flowers and a few other bits, I tried to support my local garden centre as I knew they had struggled over the pandemic.

“I got lots of different flowers like lavender and begonias and managed to snag some bags of mixed bulbs that were three bags for £5."

The biggest expense in Deborah’s garden are the 13 tonnes of gravel, and three tonnes of sand, totalling at £576.

As well as hunting for bargains, Deborah saved on her garden through upcycling old furniture and pallets of wood.

She explained: “I used an old gazebo that we had stored away in the shed to create a cabana.

“I bought some lights and drapes to add on.

“I budgeted £30 for it and ended up having two pence left."

Deborah did all the work by herself and has had an amazing reaction from her friends and neighbours.

She said: “A lot of my friends have said it looks amazing and have even joked that I should come and do theirs next.

“It’s pretty overwhelming just how great it looks now, those four hours spent putting up the pergola and lugging buckets of gravel everywhere have definitely paid off. 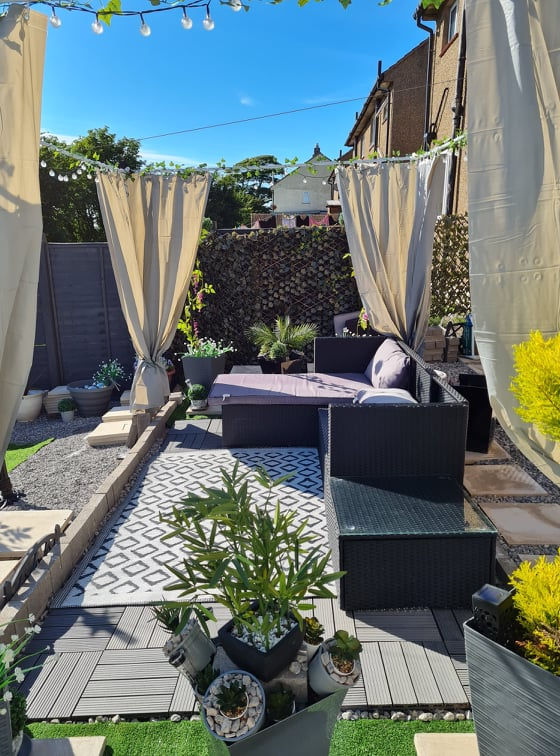 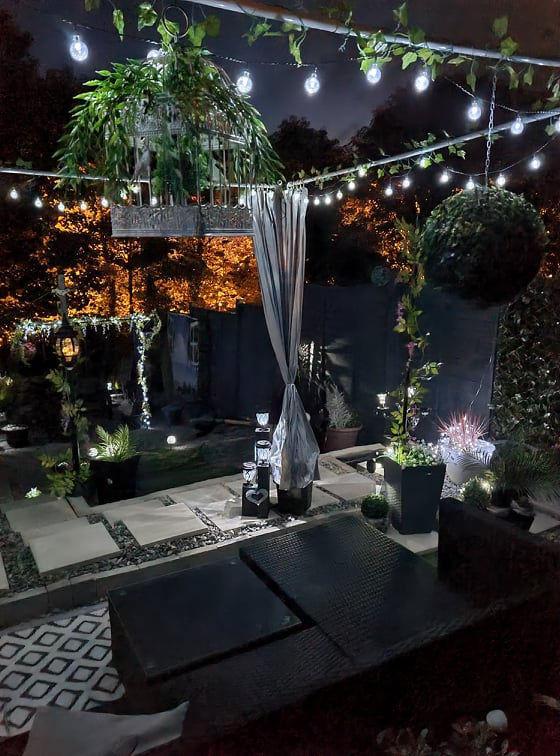 Meanwhile, couple transform their tired garden into a pergola paradise thanks to bargain Aldi furniture.

Also, woman jet washes muddy area of her garden and finds a massive patio she had no idea existed.