Home » Fashion » I was a botched abortion & left to die as 'medical waste', mum didn’t know I existed for 30 years but I tracked her down

A ROW aged 14 changed Missy Ohden's life forever – it led to her finding out she was the result of a botched abortion, abandoned at birth as medical waste and kept a secret from her birth mum for three decades.

Missy, now 42, from Kansas City, Missouri, had always known she was adopted but presumed her biological parents had simply been too young to care for her. 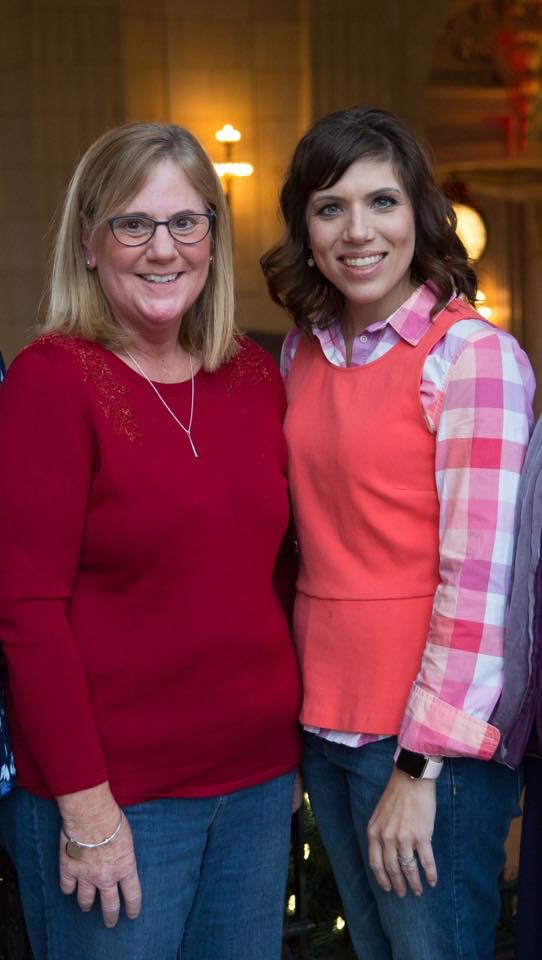 The truth was much more sinister – aged 19 her biological mum had been coerced into undergoing an abortion by her mother but it had failed and baby Missy was born alive.

But rather than then give her up for adoption, Missy's maternal grandmother told her daughter the abortion had been successful before encouraging medics to abandon then-baby Missy as 'medical waste'.

Thankfully, they didn't and she was rescued by a kindhearted nurse, taken to intensive care and bought back to life – with NO long-lasting ill health.

Now reunited with her birth mum Ruth, Missy, who runs The Abortion Survivors' Network, tells her extraordinary story to Fabulous: 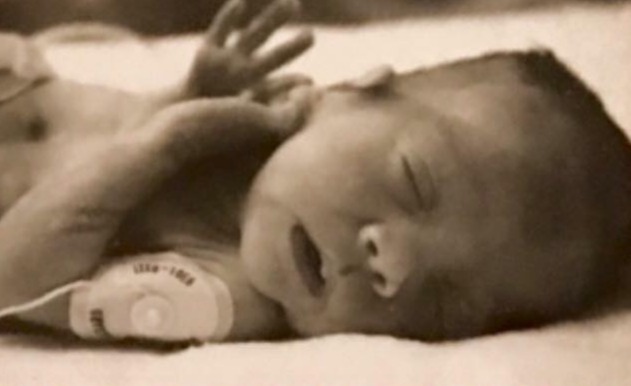 But I never minded. I had a really happy childhood with my sister Tammy, four years older than me, and knew I was loved and wanted.

I was an easy child and never caused any trouble. I believed my biological mum had fallen pregnant with me when she was in university and was simply too young to care for me.

Until, one night when I was 14, when my sister let slip something.

She told me 'at least my parents wanted me'.

I cried as my mum sat me down and explained what she meant: I had been a failed abortion.

She told me her and my dad had met me months after I had been given up for adoption after my biological mum had received a failed saline abortion at seven months pregnant.

As soon as we saw each other we just hugged and hugged. She said, ‘I never got to hold you.’

After the late abortion, my biological mother was expected to deliver me dead – but I was miraculously alive.

I had been 'laid aside' but two nurses took it into their hands to save me and I was taken to neo-natal intensive care where amazingly I survived.

I was subsequently transferred to another hospital which was where my mum and dad met me and chose to make me their daughter.

At two-and-a-half months old, I went home to them.

After finding out, I internalised my pain and let everyone think I was fine, but inside I was devastated.

I struggled in a huge way and started drinking. I couldn't control the very way I came into the world so I freaked out. 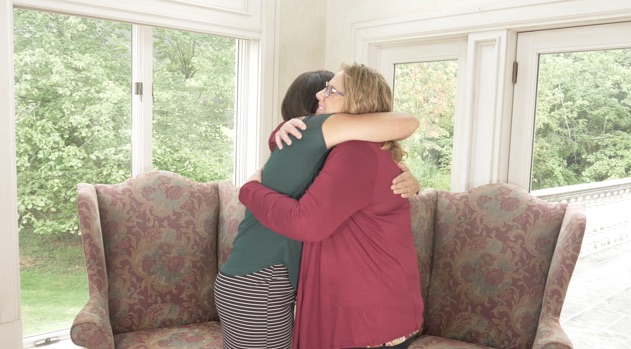 However, I got through it with a lot of soul searching and aged 19, I decided to hunt down my biological parents.

My mother and father were wary about it, knowing I could get hurt, but I was adamant.

So, for more than 10 years I searched and searched through old records and eventually discovered their names.

I managed to track down my dad via the internet in 2007 and spent some time researching him before I opted to make contact.

I didn’t want to steamroll into his family home, so decided instead to send a letter to his office, not knowing if he even knew of my existence, but I heard nothing back.

She had been coerced by her now-dead mother into the abortion. Aged 19, she hadn’t wanted it. She thought it had been successful and when it wasn’t and I was born alive her mother told staff I was ‘medical waste’ and to put me aside.

I didn’t know if he’d even received it, or maybe it was just too much to take in.

Then, six months later, there was heartbreaking news.

I read in the local obituary column my biological dad had died suddenly aged just 51 of natural causes.

I thought it marked the end of any potential relationship I could have with my biological dad’s family but rather it heralded the beginning.

Because, while cleaning out his office, they found the letter and contacted me.

Not all of them wanted to get to know me, which I understood, but his dad did. He died not long ago, which I was heartbroken about, but he was my biggest champion. 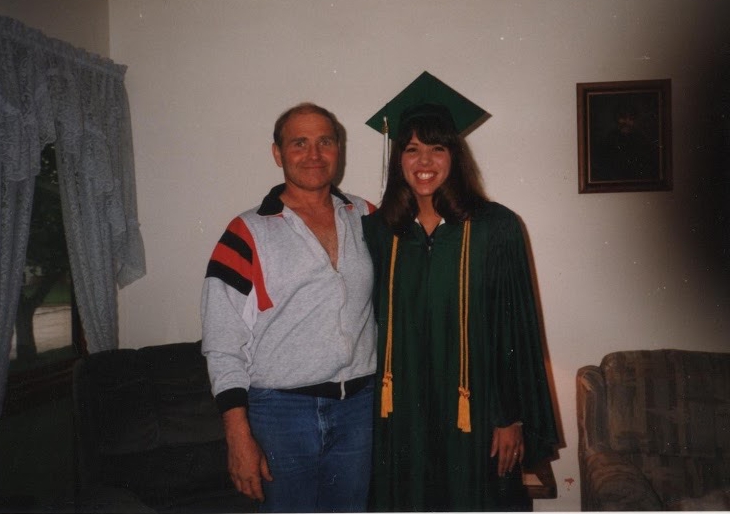 I thought that was the end.

Until in 2013 when I received a call from a woman claiming to be my biological mother’s cousin.

She had always known about the abortion and my survival and was close to my biological mother.

She wanted to be the bridge that connected us.

The cousin opted to call my biological mother, Ruth, now 62, who didn’t know the abortion had been botched. 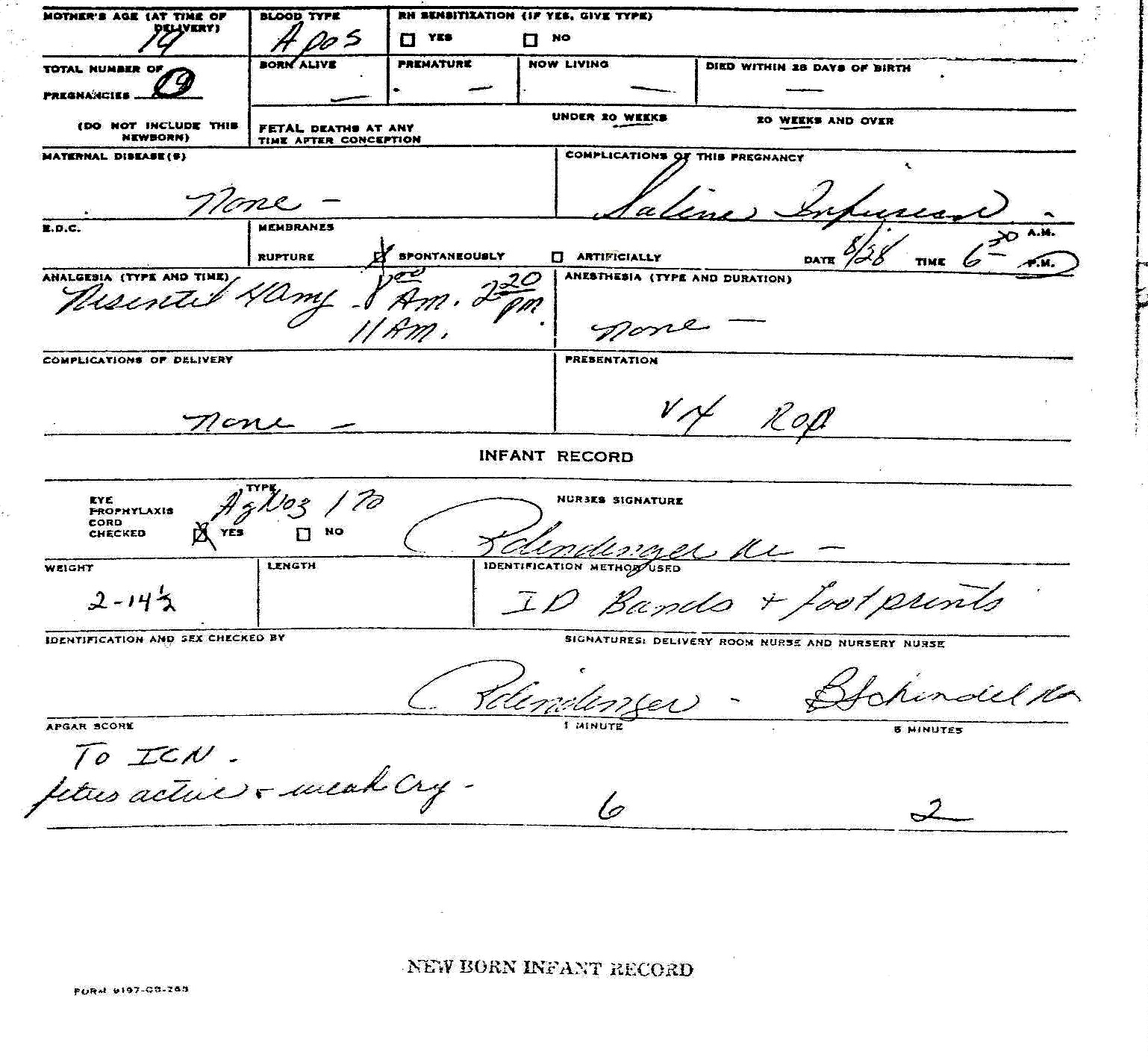 She had been coerced by her now-dead mother into the abortion. Aged 19, she hadn’t wanted it.

She thought it had been successful and when it wasn’t and I was born alive her mother told staff I was ‘medical waste’ and to put me aside.

It was only thanks to a nurse who refused and rescued me that I was saved.

Ruth was told about me in August 2007 but it wasn’t for a number of years that she felt strong enough to make contact with me.

And those first tentative emails, cards and letters were nerve-wrecking.

We got to know each other gradually and I learnt she had cut ties with her mother. In turn I told her about my parents, husband Ryan, 44, and children, Olivia and Ava.

There are still unanswered questions for us both, but what we do know is that although I was the intended victim in that abortion, she was a secondary victim.

We learnt about our likes and dislikes. She was grateful to my parents for caring so well for me and I wasn’t angry with her, knowing she had been as much kept in the dark as me.

After three years in 2016 I suggested we meet. We both wanted it, but were too nervous to suggest it.

Of course, she said yes and we met in the zoo.

As soon as we saw each other we just hugged and hugged.

Now we see each other all the time. We both live in Kansas City Missouri, and my children call her nana.

There are still unanswered questions for us both, but what we do know is that although I was the intended victim in that abortion, she was a secondary victim. And we both continue to choose to rise above being victimised. We choose to thrive. To live. To love. To forgive. To give to this world.” 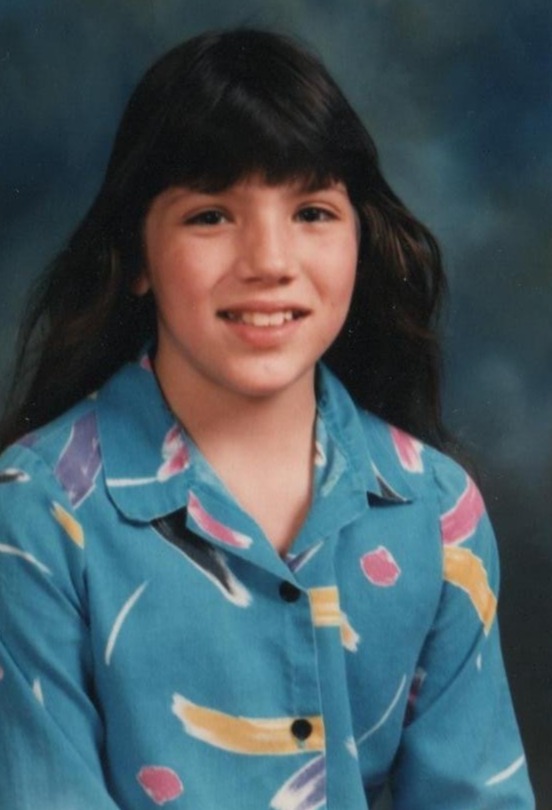 Ruth said: “The day I heard that Melissa had survived the abortion my mother had performed on me was a Sunday in August 2007. My twin sister  Mary called in the afternoon. I could tell it was going to be a serious conversation, so I went to the bedroom. Mary told me that the child I had was alive. My first thought was: what a cruel joke to play on your twin sister.

“One of the best aspects of getting to know Melissa is discovering all the things we have in common.

"Comparing physical similarities was fun the first day we met – Melissa inherited some striking and beautiful features from her biological father, but I think we have the same nose and a similar shape to our smiles.

"We really looked alike when we were younger. If you put a photo of Melissa as a young teenager next to one of me from high school, you’d have a hard time telling who is who.

“Over the last couple of years, we’ve discovered we share much more than physical characteristics. We are both passionate and driven; we tend to throw ourselves completely into whatever project we are working on. We are both empathetic, spending a lot of time worrying about others.”

Missy's mum had an abortion late in her pregnancy, around seven months, in the 1970s.

These days late-term abortions only take place in exceptional circumstances, the NHS said.

The NHS told how ordinarily abortions can generally only be carried out up to 24 weeks of pregnancy, typically in one of two ways.

But in exceptional circumstances, like if a baby is poorly, an abortion can take place after 24 weeks – for example, if there's a risk to life or there are problems with the baby's development.

The total number of abortions per year has remained relatively constant at around 185,000 since 2012.

Just two percent took place because it was believed the child would be “seriously handicapped”.

Saline abortions involve injecting a saline substance into the amniotic sac to induce labour. They were far more popular in the '70s and '80s but account for very few abortions these days, largely because they involve a stay in hospital, physical discomfort and – as in Missy's case – there have been documented cases of live births.

‘My ex never got over her abortion’… the surprising stories behind the young campaigners fighting to keep abortion illegal.

Sofia's abortion failed and she had to give birth to a live, crying baby – read her heartbreaking story.

And a mum-of-three recalls ‘amazing’ moment she delivered her own baby girl via CAESAREAN section.