A WOMAN who was diagnosed with breast cancer just one week before she was due to walk down the aisle has revealed how she decided to go ahead with the ceremony and keep her news a secret.

Charlotte Drake, from Oxfordshire, was diagnosed with an aggressive form of breast cancer at the age of 30, despite doctors initially claiming the lump she found was a fatty cyst. 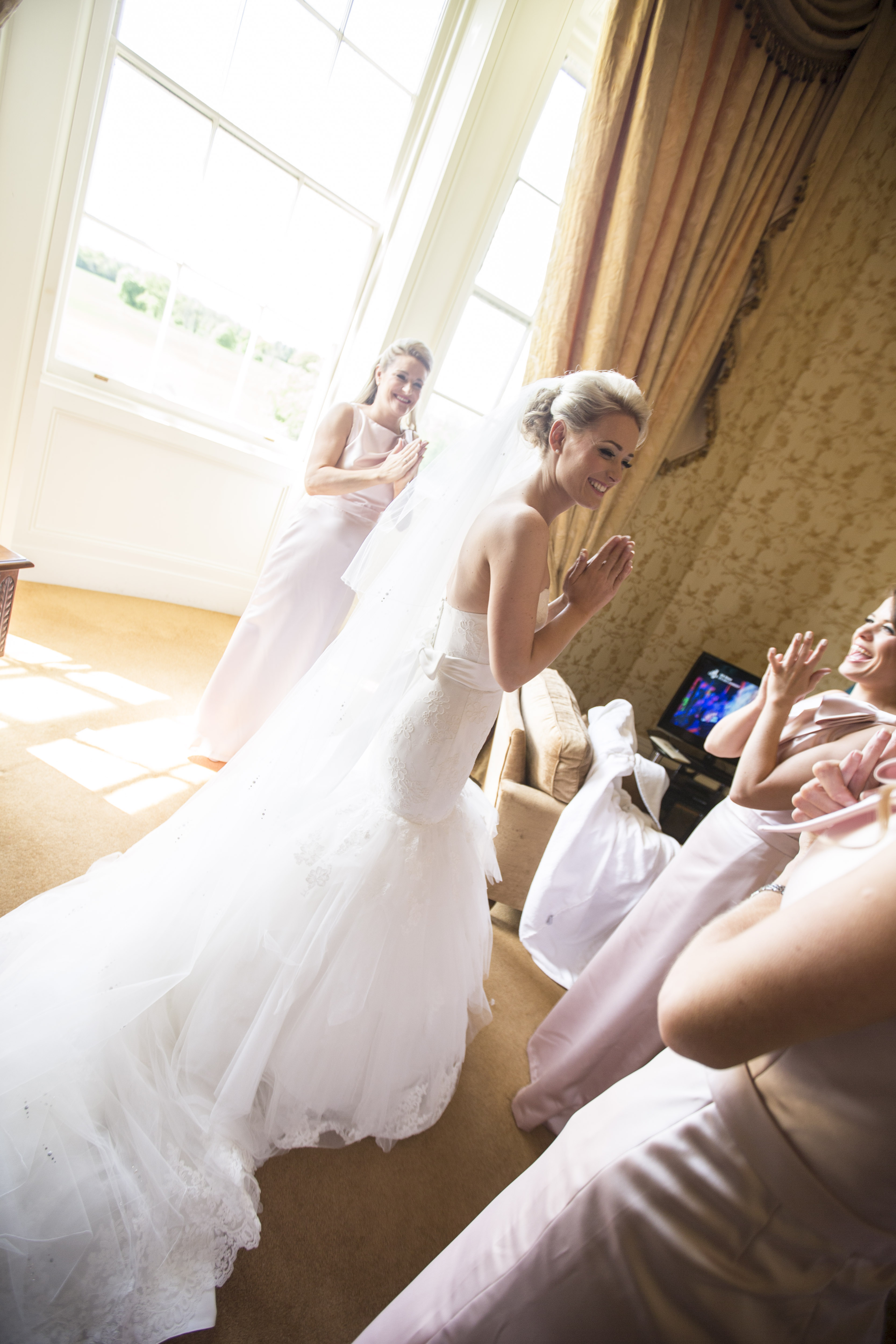 After initially having doubts about going through with the wedding, the now 34-year-old brand manager along with her fiancé Luke Drake, decided to go ahead with the day they'd been planning for years.

"I was 30, had no family history, I didn’t smoke, rarely drank and I was really healthy," explained Charlotte.

"Moments before I went into hospital for my results, I was agonising over which colour dress to buy online for my honeymoon.

"An hour later I was told I had cancer. It put everything into perspective and I couldn't believe I had been worrying about a dress. " 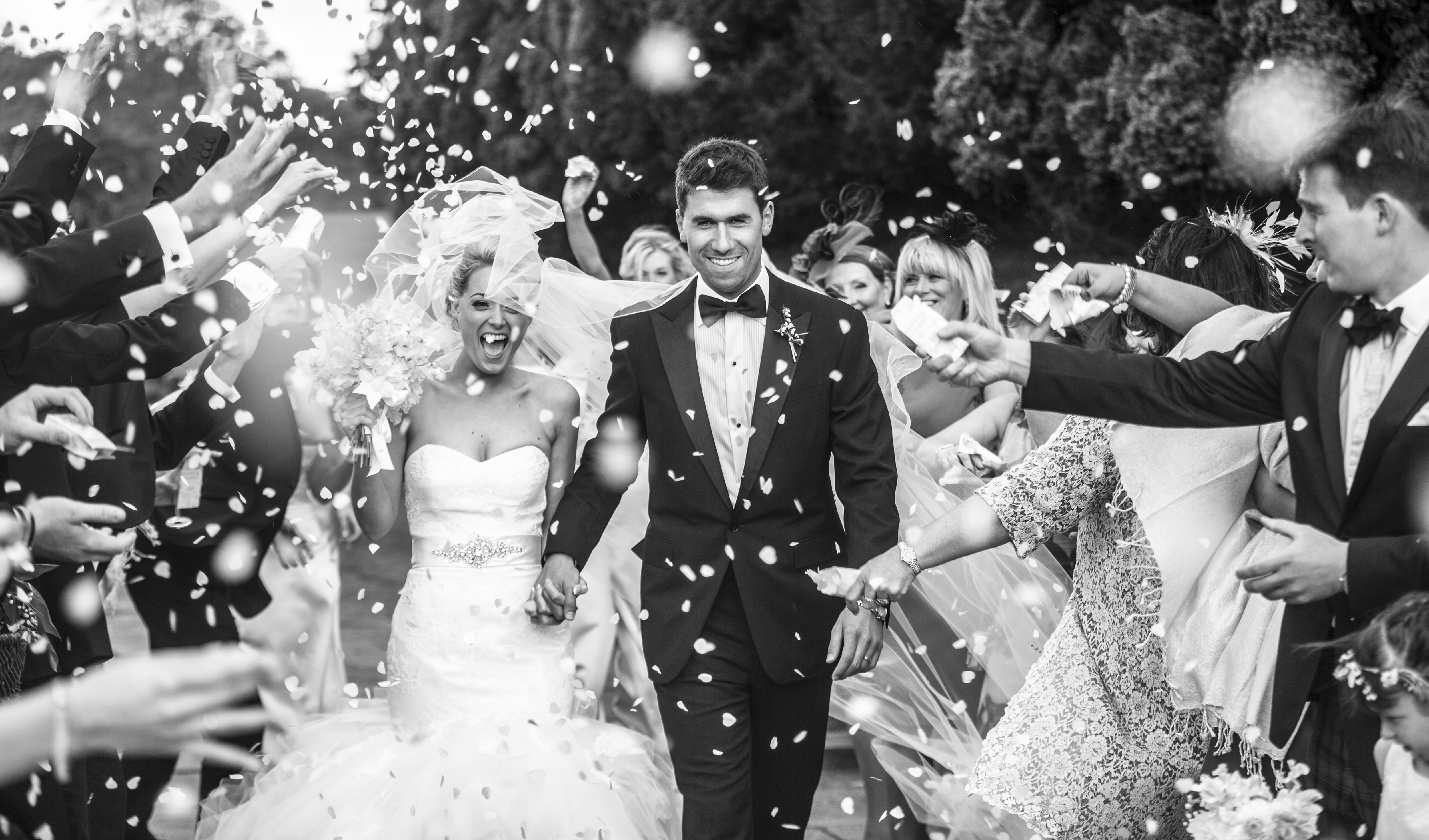 "I was convinced my life was over and told Luke I didn't think we should get married," Charlotte continued.

"I thought I'd ruined his life and didn't want to become his wife, only for me to die.

"I felt like I was taking away his wedding day. But he was amazing and told me we were going ahead with it no matter what.

"In the days leading up to our big day, instead of sorting the last-minute details I was looking into where to have treatment.

"I'd been planning my wedding since I was a little girl. I had been so excited for the day to arrive, so I could finally slip into my dress and exchange vows with Luke. But now my life was on the line.

“I remember thinking at least if I die everyone will have seen me at my wedding looking the best I was ever going to look. At least I would be going out with a bang.” 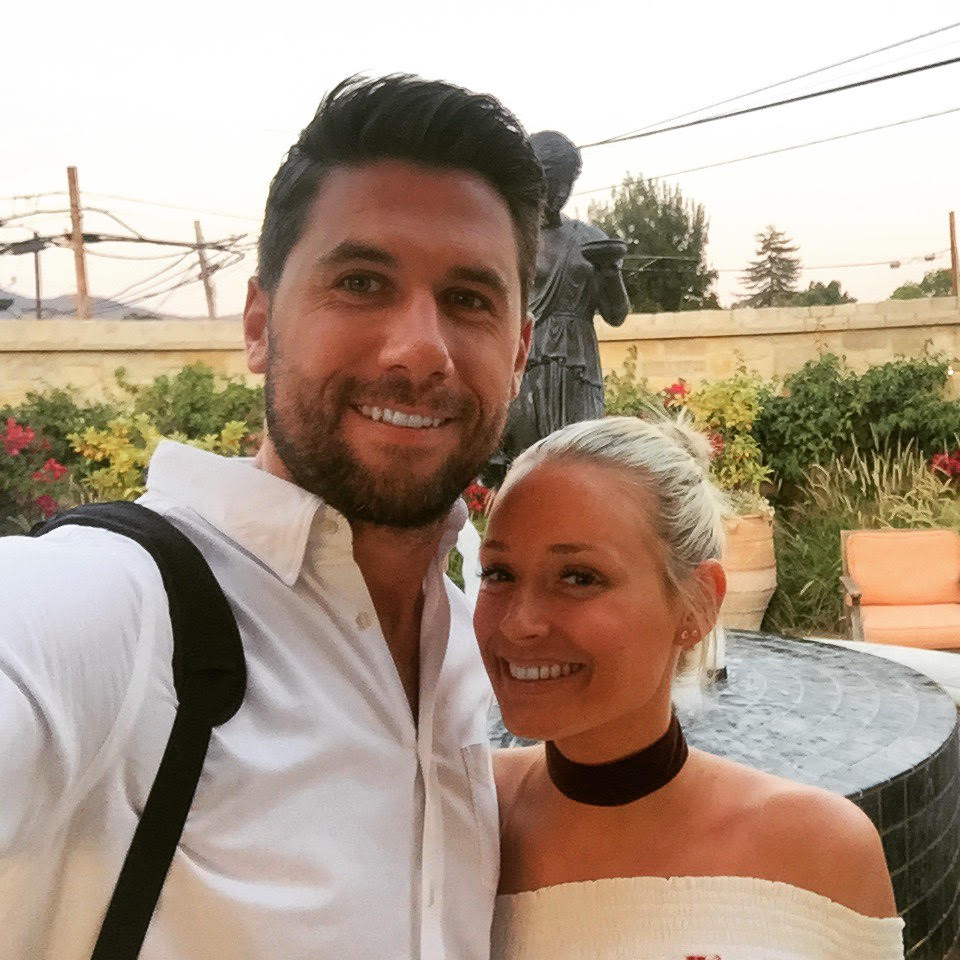 On the days leading up to the wedding, Charlotte was rushed to hospital by her mum, Elizabeth Johnson – who also knew of her diagnosis – after having a panic attack.

While at the hospital, the bride-to-be was booked in for surgery, explaining "having a plan" made her feel better.

"Luckily for me, a breast cancer surgeon was at hospital that day," she said.

"He booked me in for surgery three days after the wedding and knowing I had a plan of action made me feel better.

"Luke and I didn't tell our guests because we wanted it to be a happy occasion. We didn't want their pity, it was a wedding not a funeral after all.

"I found the morning of the wedding tough. It was the day I'd been dreaming of for years – and I had cancer.

"But I managed to shake off my sadness and told myself the day wasn't just for me, it was for Luke and my family too. I had to suck it up and get on with it.

"For the rest of the day, the only thing that was hard was that people kept hugging me, which really hurt because I had just had a biopsy." 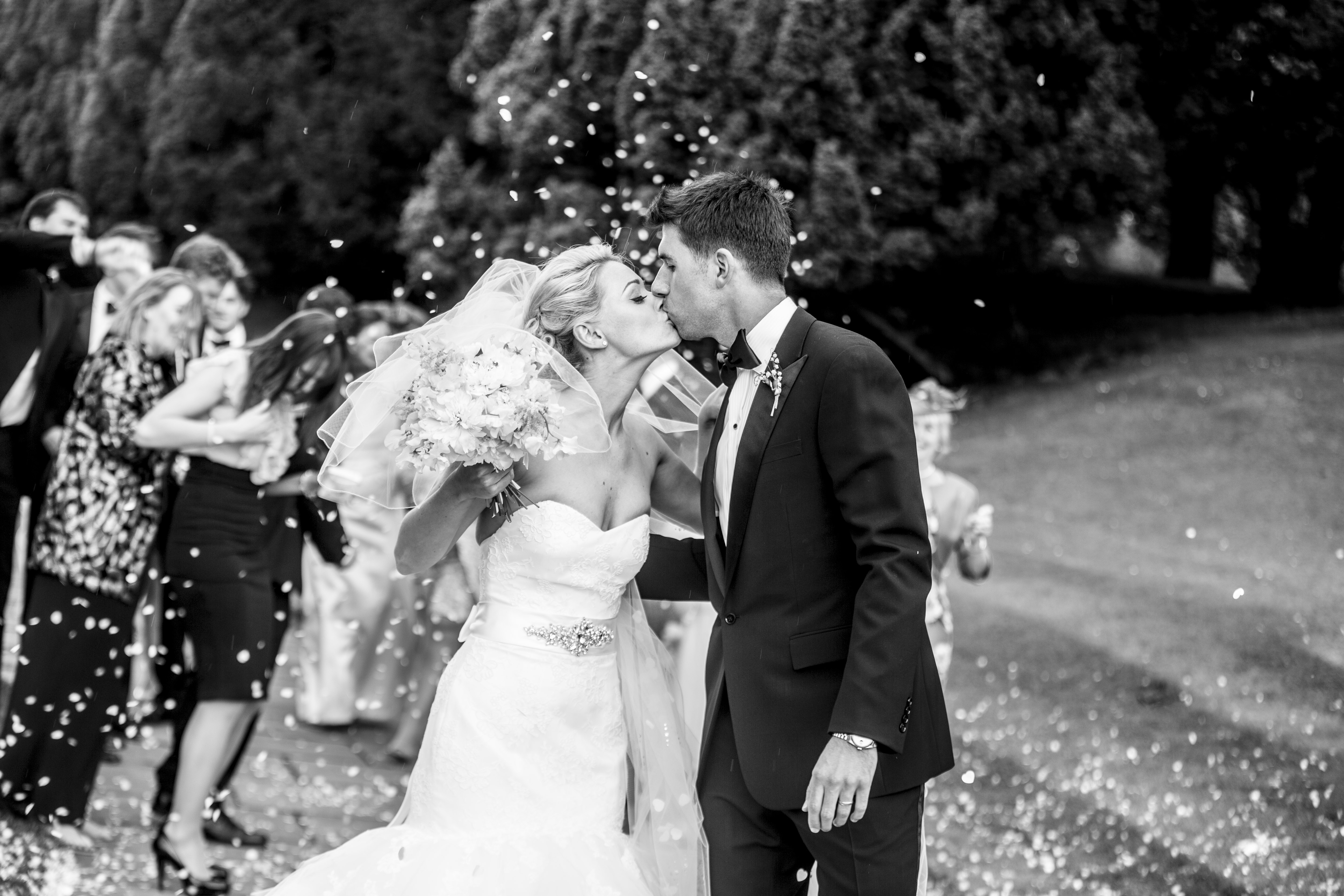 "I'm most proud of how my parents and Luke held it all together when I'm sure they wanted to crawl away and cry," she continued.

"Instead they were all smiles and made sure the day went exactly as I had planned since I was a little girl."

Three days later, Charlotte has surgery to remove the tumour, followed by chemotherapy and radiotherapy.

"When I started losing my hair I bought an electric razor from Argos and told Luke he would have to shave my head," she said.

"We had fun with it, cutting my hair into a bob, then a mohawk, before taking it all off.

"After that I wore a hat most of the time." 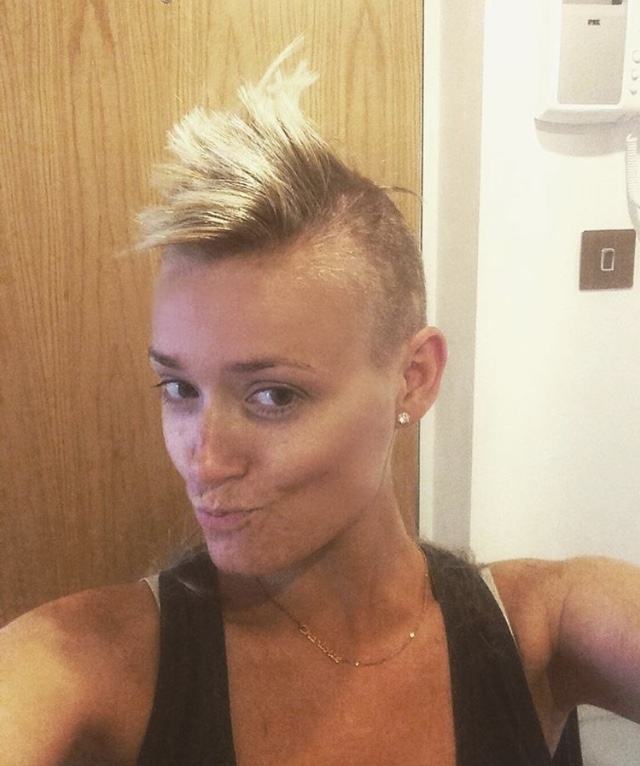 Despite Charlotte wanting to have a mastectomy to have both her breasts removed, she was told by her surgeon that this wouldn't prevent the cancer coming back.

"I was insistent on having them both cut off," she explained.

"I never wanted to have to worry about them again and I didn’t want to leave hospital until it had been agreed I could have a double mastectomy.

"But my surgeon refused and explained removing my breasts wouldn’t stop the cancer coming back.

"I didn’t carry the BRCA gene so it would have been pointless. My diagnosis had simply been bad luck." 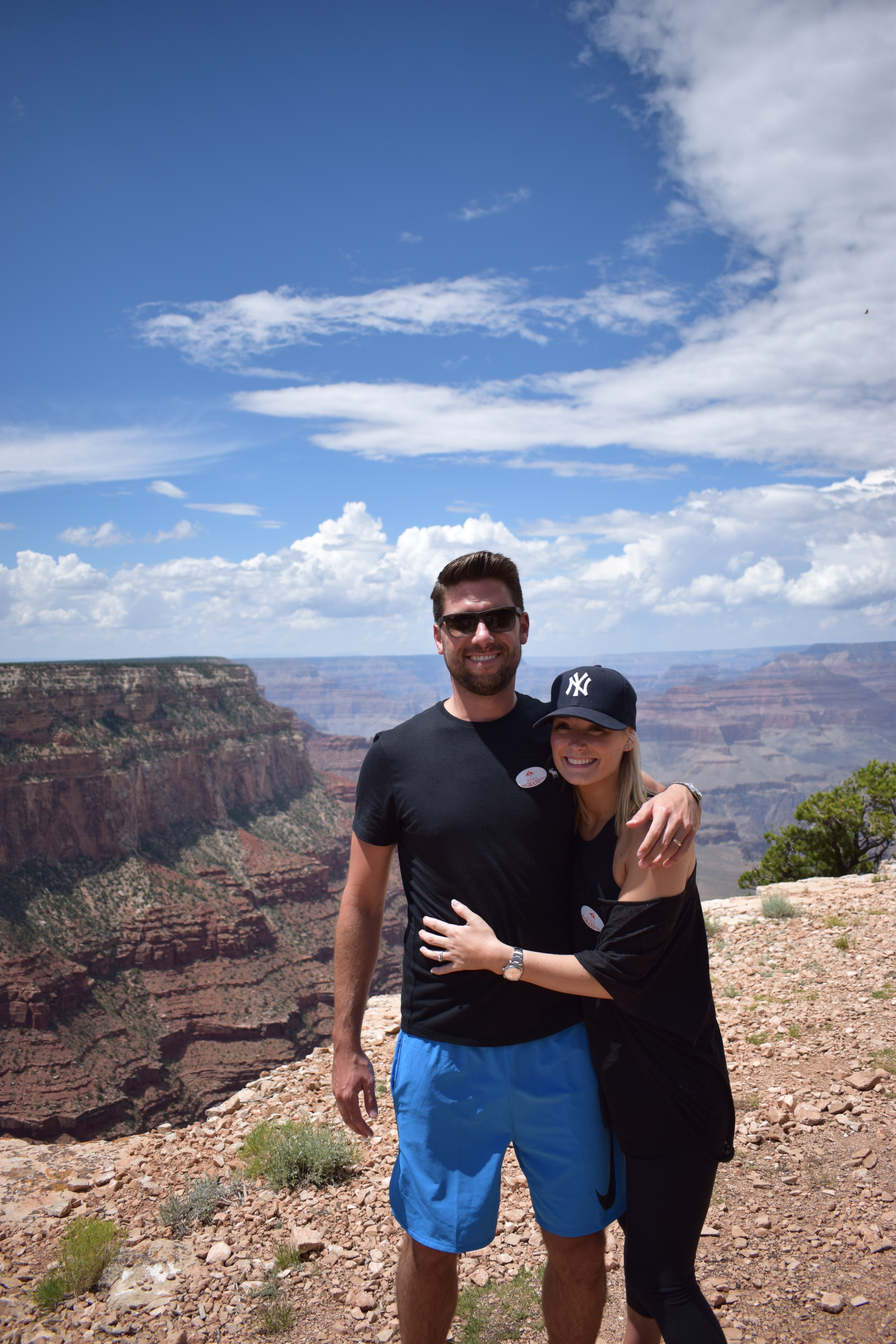 Charlotte had always dreamed of becoming a mum, but following the treatment struggled to get pregnant.

"Luke and I tried for a baby naturally for a year, but nothing happened," she explained.

"On a day out at Blenheim Palace, I looked around and saw all the parents with their children and broke down.

I felt robbed, I needed a baby of our own and told Luke I wanted to try IVF."

Despite chemotherapy damaging her ovaries and having only two eggs retrieved which were both bad quality, Charlotte fell pregnant after just one round.

"I was told that it was very unlikely IVF would work," she said. 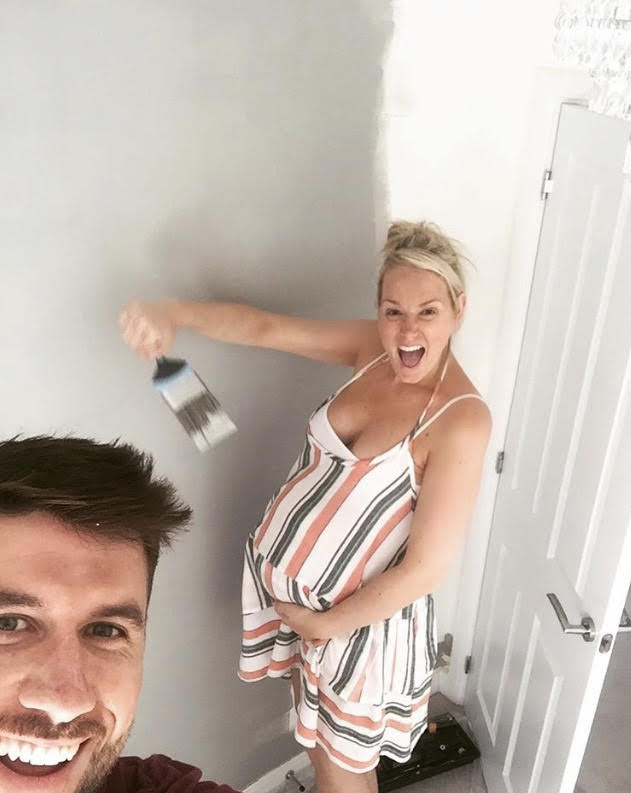 "Afterwards I was meant to wait to test, but I did one every time I went to the toilet.

"I was actually out on a work lunch when I first got a positive result.

"I was overwhelmed and desperate to tell Luke, but he was abroad with work.

"Then when he got back, I handed him a box containing two pairs of booties, one pink and one blue.

"His face was a picture when he realised we were going to have a baby."

But the pregnancy wasn’t plain sailing.

At 30 weeks, Charlotte haemorrhaged due to having a low-lying placenta and was kept in hospital for the last six weeks to be closely monitored.

Then at 36 weeks, she had a C-section and their son, Henry was born. 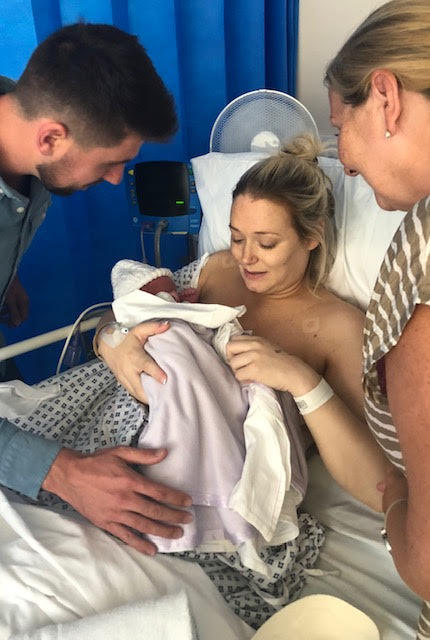 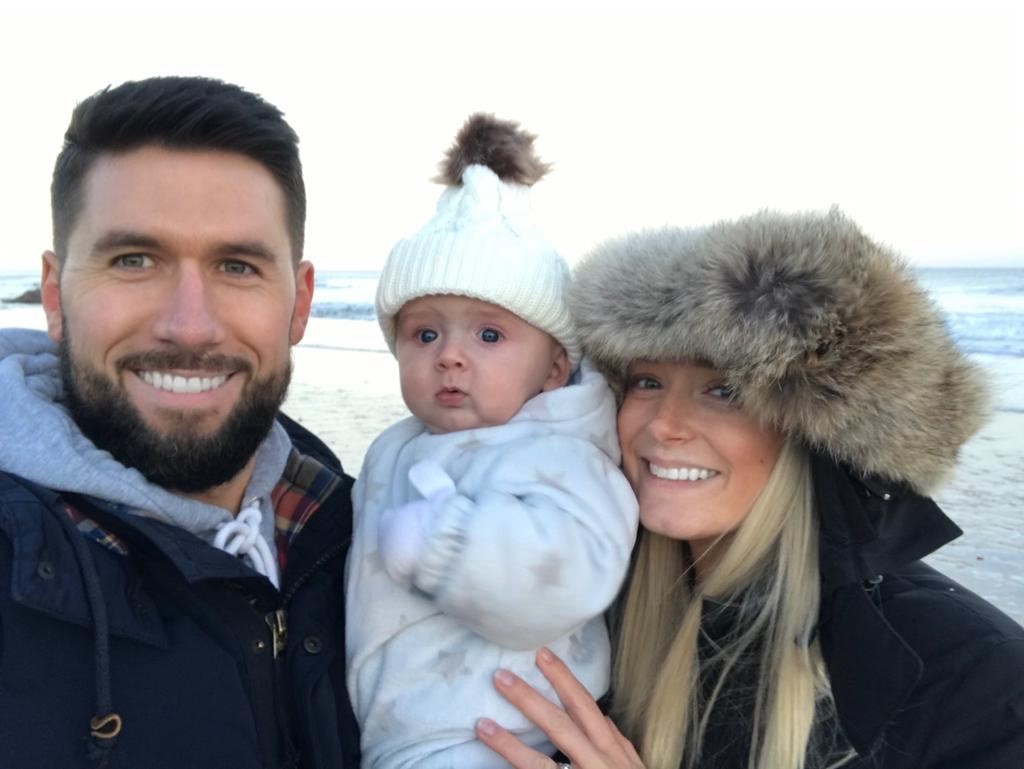 "As I looked at Henry and then at Luke, it felt like everything we had been through had been worth it. There are so many miracles that have happened and Henry is the greatest one."

Last month, Charlotte and Luke held Henry’s christening in the same church they got married in.

They also returned to Blenheim Palace – this time with their son.

"It was so strange being back in the place where I had broken down in tears over a year earlier, desperate for a baby," she said.

"This time around, I was thrilled to be there with my very own family." 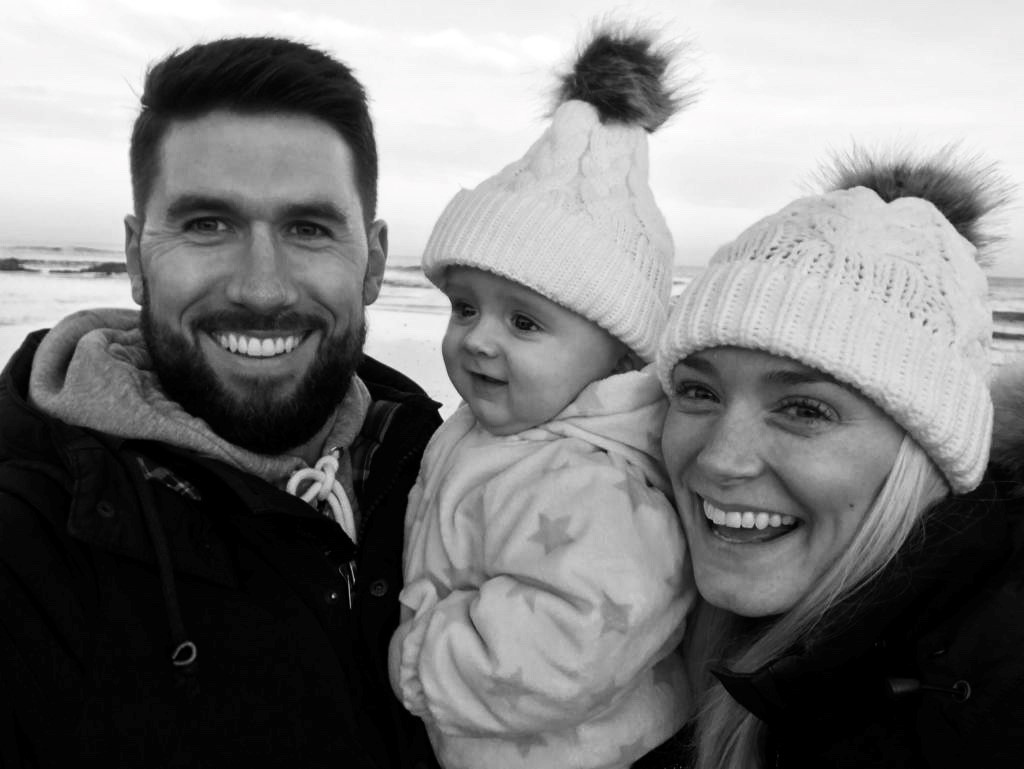 Now, Charlotte urges everyone to check their breasts regularly.

"My mum has always taught me to be breast aware and check my breasts, even though we have no family history of breast cancer," she explained.

"I am convinced she saved my life.

"If you do find a lump, act quickly. When I found mine, my doctor thought it was a fatty cyst but I pushed to be referred to a specialist so I could be checked further.

"My cancer was an aggressive type and if I hadn’t pushed, I was told I could have been dead within two years." 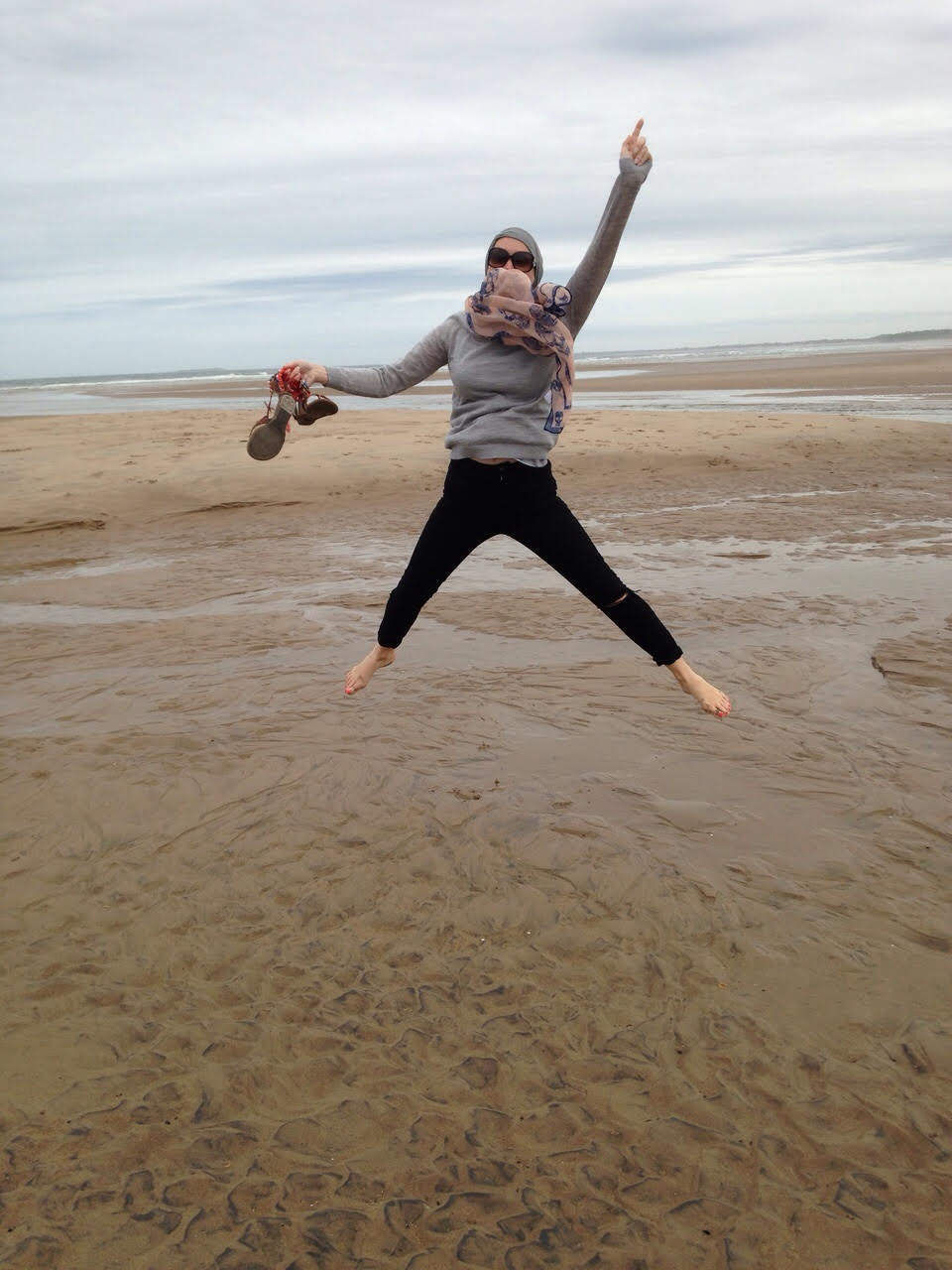 Charlotte is raising funds to support people affected by breast cancer by walking 20 miles at the Breast Cancer Care Pink Ribbon Walk in association with Skechers.

Earlier this week, we told you about a widowed bride’s plea to raise £1.5k for her 28-year-old husband’s funeral following his death four days after their ‘dream’ wedding.

We also revealed woman, 29, says she’s happier than ever after losing the ability to WALK and describes wheelchair as ‘ticket to freedom’.

And we told you about the woman who risked death by skipping insulin injections to be thin.