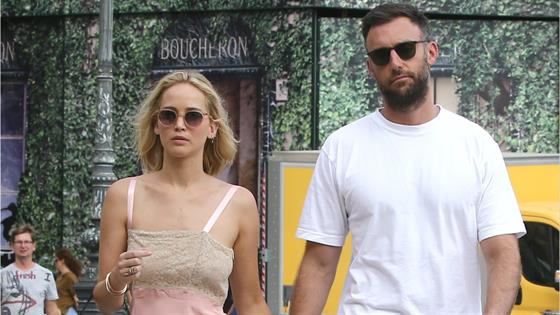 Love is in the air!

Jennifer Lawrence and her fiancé Cooke Maroney continue to be the definition of couple goals, especially after their latest daytime outing, which entailed lunch, drinks and walking around after getting massages. The newly engaged pair hit the streets of New York City, and it was clear they were smitten over each other.

During their romantic stroll, the two couldn’t keep their hands or eyes off of each other. At one point, photographers captured the Dark Phoenix actress smiling and laughing hysterically, as she had her arms wrapped around her beau’s arm. What’s more? Cooke was also spotted cuddling his future wife. If anything, it looked like a moment straight out of a rom-com movie.

The 29-year-old star was even dressed like a romantic comedy lead. Wearing a vibrant multicolored pleated skirt and white cropped tee, she looked effortlessly chic. Tying her ensemble together, she opted for comfortable white sneakers, black sunglasses from Garrett Leight California Optical, a blush-colored handbag and dainty jewelry pieces.

It’s clear the two lovebirds have off-the-charts chemistry, even when they’re doing something as simple as walking down the street. To see their latest day date and all of the times they looked over-the-moon in love, keep scrolling through our gallery below! 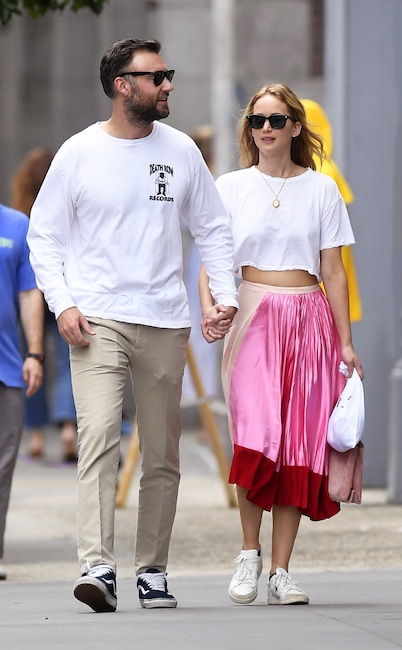 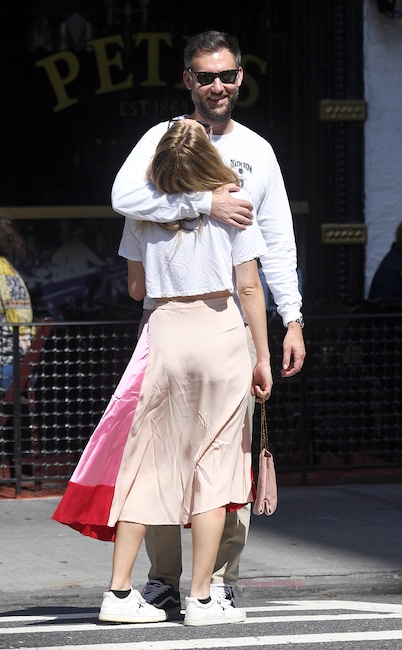 Straight Out of a Rom-Com

Can these two be any more cuter? The actress and her art gallerist beau lock eyes and cuddle during their daytime outing. 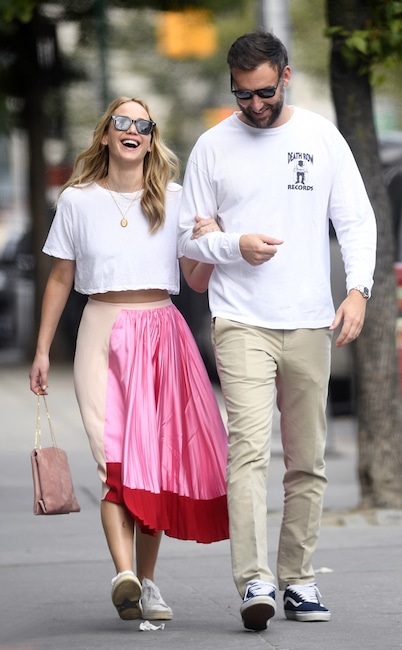 The 29-year-old star is all smiles as she walks with her arm wrapped around her future husband’s. 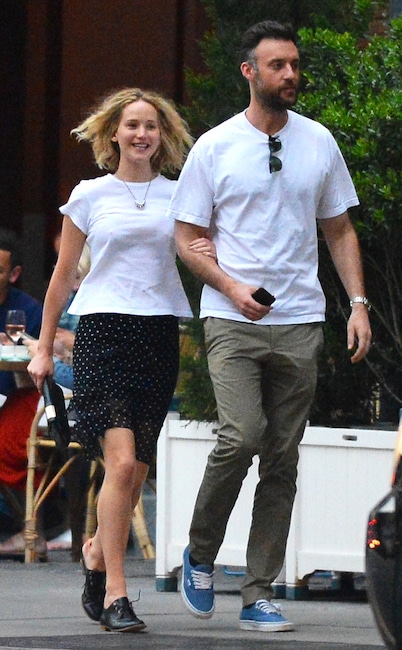 Last June, the Oscar-winning actress stepped out with her new beau and art gallerist, Cooke Maroney. The two were all smiles during their casual date in New York City, and it was the first time they were spotted as a couple. 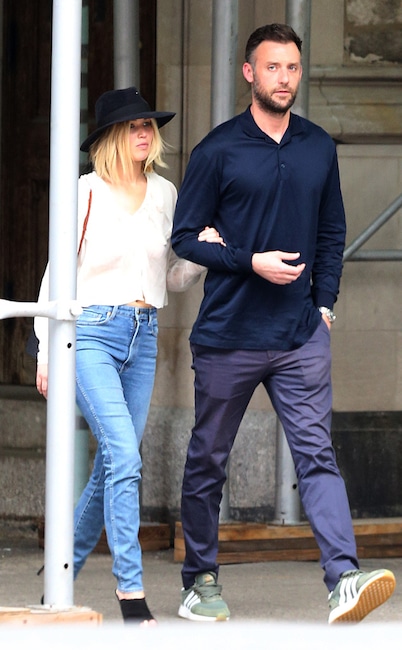 That same summer, the couple walked arm-in-arm before they hailed a cab in New York City. Lawrence rocked denim jeans, a sheer blouse, heels and hat while her new man wore a navy blue ensemble and sneakers. 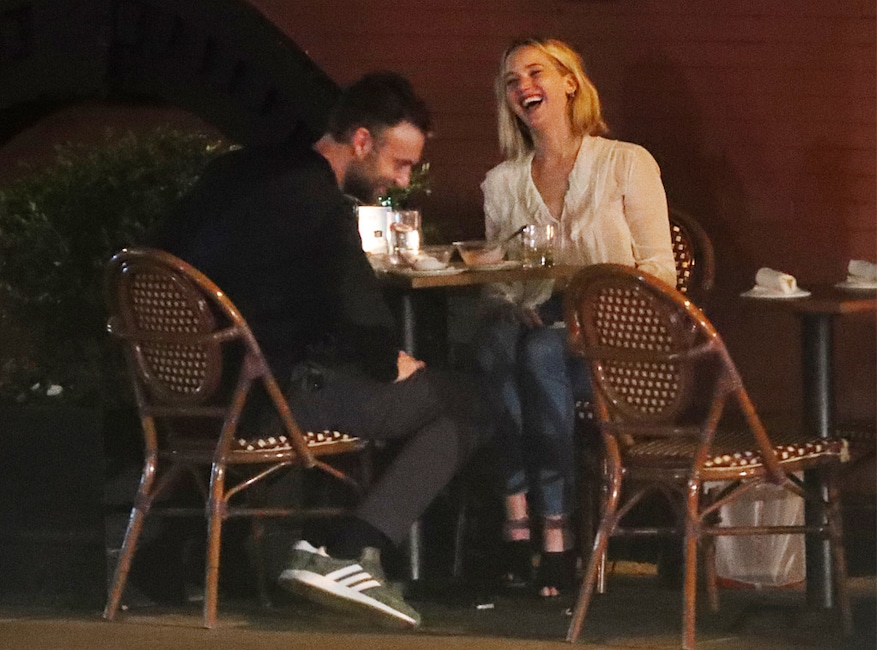 In late June 2018, the two lovebirds were photographed kissing while enjoying a candlelit dinner at the Italian restaurant and wine bar Felice 64. At the time, a source told E! News their date night lasted for about three hours and they appeared to be “totally into each other.” 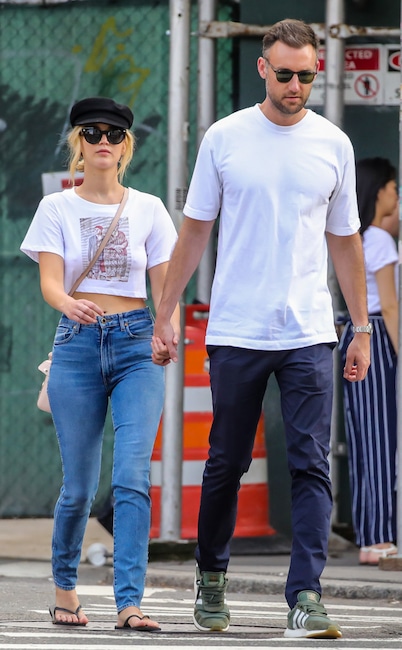 Last July, Lawrence and her beau were spotted in the Big Apple. They were grabbing a bite to eat at a café in downtown, and according to a source there, the couple stayed for two hours before walking to another restaurant to meet up with friends. 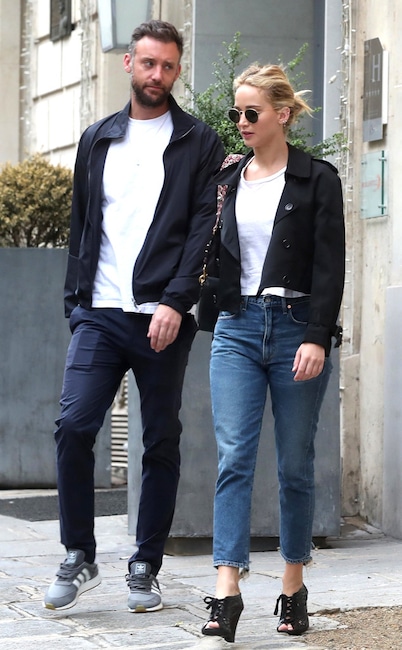 The following month, the couple flew to Paris, where they were spotted stepping out in coordinating outfits. 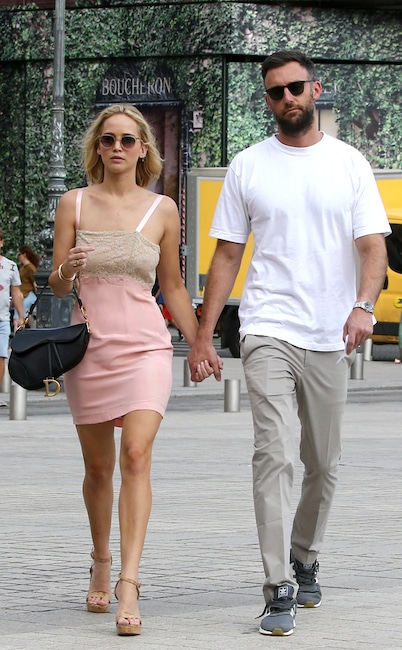 In the City of Love

The pair took their summer romance to the streets of Paris back in August. The actress and the NYC-based art dealer held hands as they walked through the historic European city. 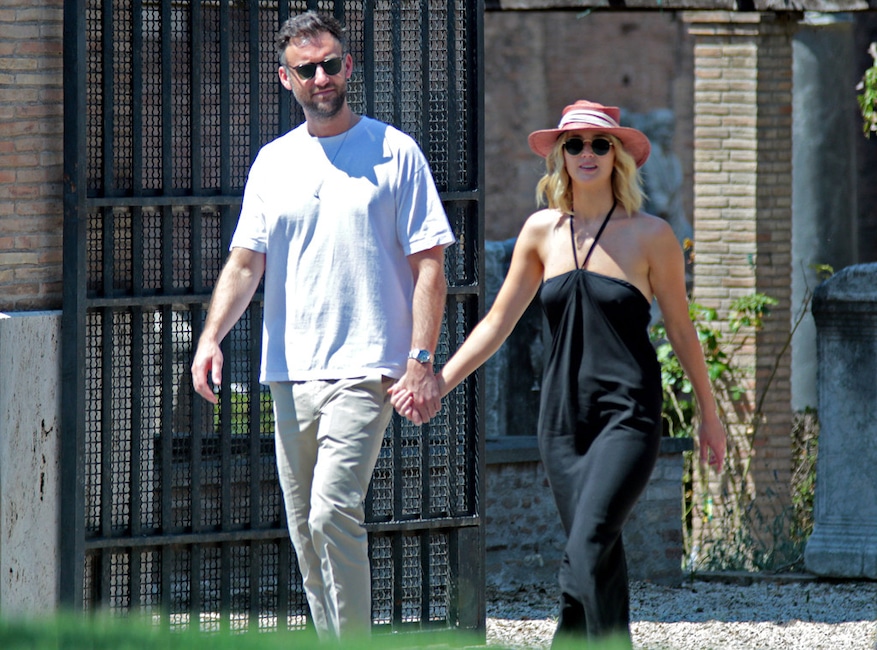 Not long after their Paris trip, the two flew to Rome. The Oscar-winning actress and her boyfriend were photographed exploring the city, hand-in-hand. E! News confirmed the couple visited the Galleria Borghese, the Santa Maria degli Angeli e dei Martiri church, the ancient Baths of Diocletian and the Villa Borghese gardens. 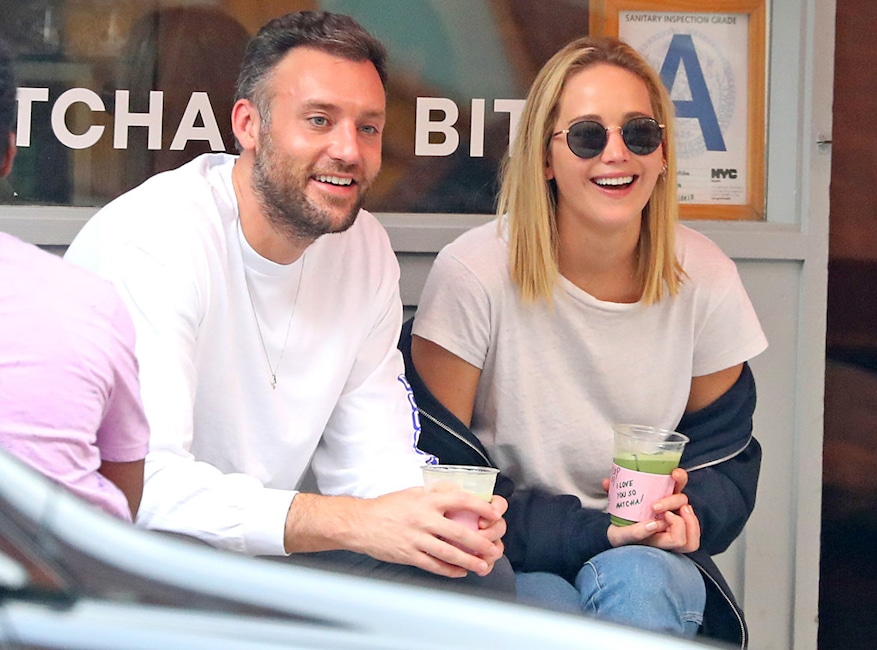 I Love You So Matcha

In October, the two lovebirds were all smiles as they grabbed matcha teas and enjoyed a fun-filled day in New York City. They were seen grocery shopping and getting massages. 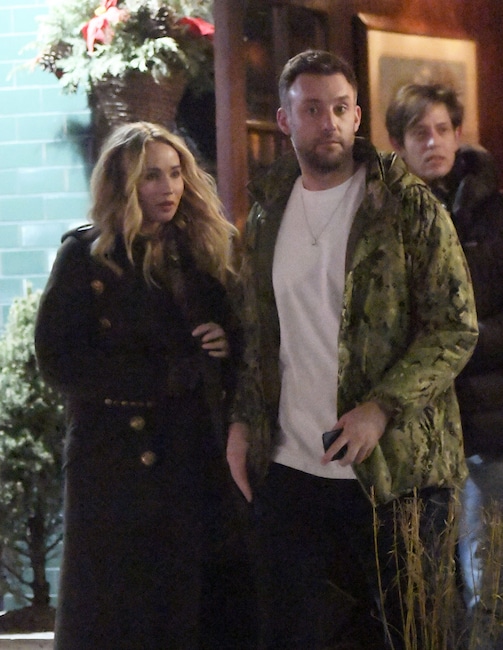 The couple recently sparked engagement rumors when Page Six reported they were secretly engaged after being together for a little over six months. The two were spotted having an intimate dinner and, according to the publication, the actress was seen wearing a “massive ring” on that finger. Lawrence’s rep later confirmed the happy engagement news to E! News.

After seeing their relationship timeline, all we can say is: Couple goals!