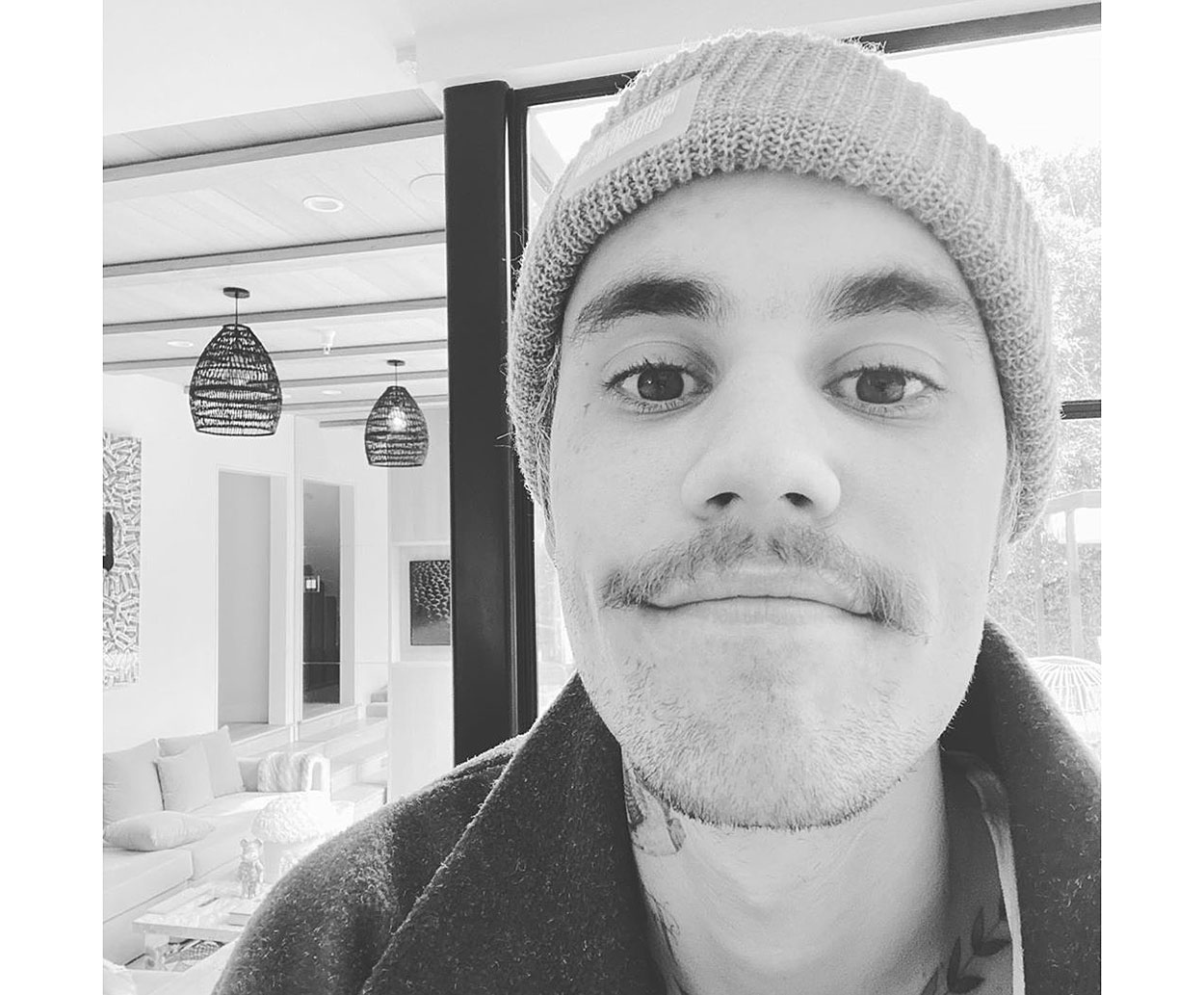 Justin Bieber does not care what you think about his mustache.

On Thursday, January 30, the “Yummy” singer clapped back at fans who have been dissing his new facial hair on social media.

Alongside a black-and-white Instagram selfie in which the ‘stache is in full, clear view, the pop star wrote in the caption, “MY STASH MY LIFE DEAL WITH IT HAHA.”

The initial criticism began sometime around January 22, when the 25-year-old posted a selfie to Instagram showing off a diamond grill. However, it was the facial hair above the blinged-out teeth that people really noticed.

Though the reactions have been mixed, with some fans loving his new look, there was definitely a sizable portion who did not stan the choice.

“Hi Justin Bieber’s mustache makes him look like the Walmart version of Johnny Depp,” tweeted someone else. “And no you can not change my mind.”

Oh well! It looks like it’s staying. At least for a while.

His manager Scooter Braun seems to be a fan of the look. “Young Tom Selleck,” he commented on Thursday’s post.

And though his wife Hailey Baldwin has expressed her distaste for the look in the past, she seems to be on board this time around. “Cute buggggggg,” she wrote on his Instagram.

But back in 2018, Bieber posted a picture of his wife and himself — with a mustache. His road manager Ryan Good commented on the pic, “Grow the mustache back for the wedding,” to which the model bride replied, “don’t u dare give him that idea you lunatic.”

Who knows, maybe she just wanted a clean shave for the wedding album.