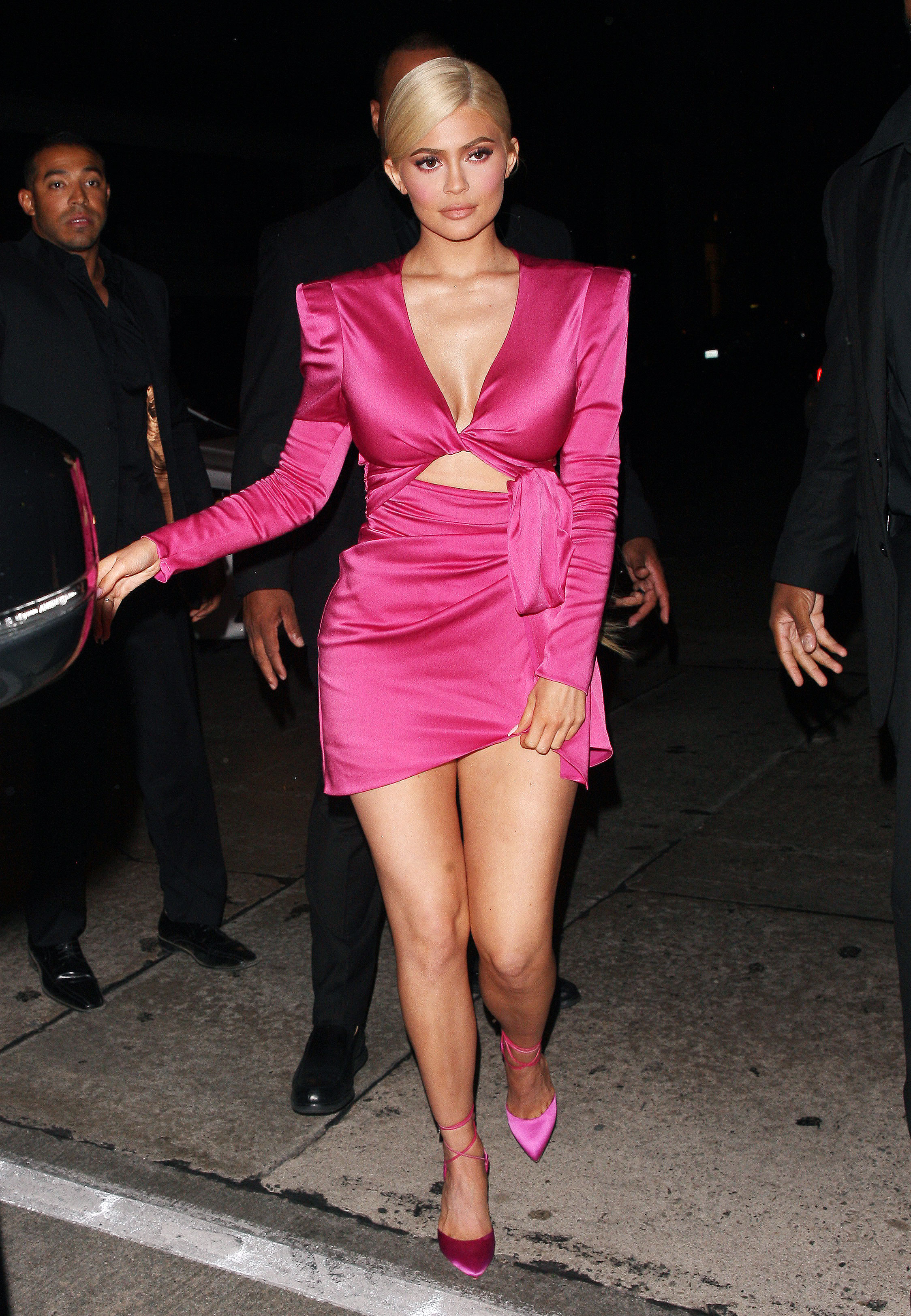 If you don’t wear two outfits to your 21st birthday did it even happen? Kylie Jenner proves that when celebrating finally achieving the legally-drinking milestone, twice the looks means double the fun.

The beauty mogul rang in legality with a major bash late Thursday, August 9, into the wee hours of August 10 (her actual birthday). So, in honor of the fact that her birthday party technically happened on two different days and had two parts, Kylie donned not one, but two different Barbie-themed looks for the affair. And you better believe that they were major.

About Last Night: See the Best-Dressed Stars on the Red Carpet and Beyond

Jenner kicked off the evening with a dinner at Craig’s in L.A., at which she wore a hot pink silk charmeuse minidress with strong shoulders, a cutout at the waist and a bow-tied skirt. The frock itself served some major fantastic-life-in-plastic vibes, but that was kicked up a notch with Kylie’s platinum wig that was pulled back into a sleek ponytail. Oh, and the new mom rocked one heck of a pink sapphire Martin Katz bauble that was worth $148,000. You know, like you did when you turned 21? 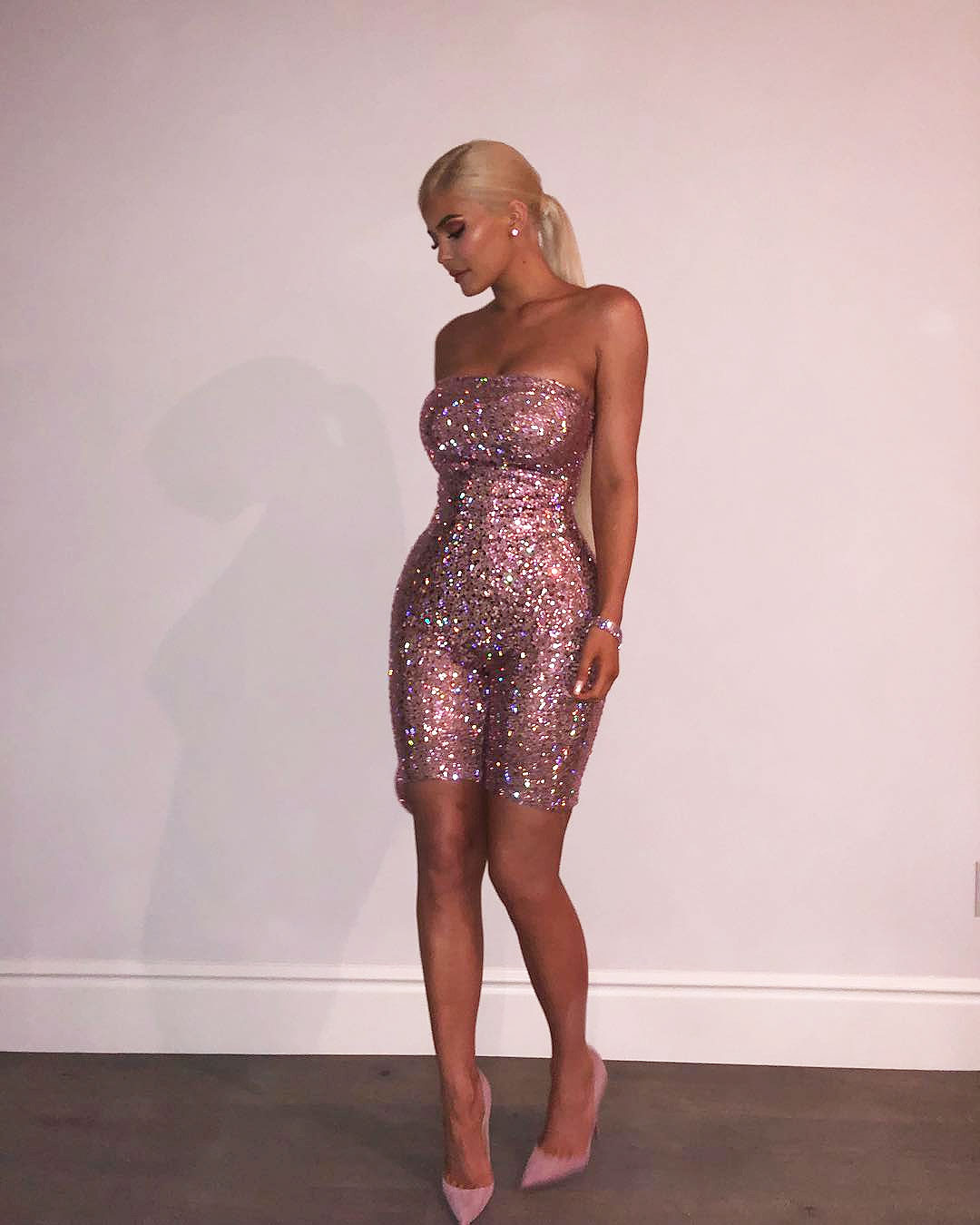 Then, once dinner was over, the party moved to Delilah, where the staff were all wearing t-shirts with Kylie’s Forbes cover printed on them. But, for Kylie, the Barbie-girl aesthetic only got more elevated. For her second outfit of the night, the queen of Instagram switched into a pink sparkling strapless LaBourjoisie unitard. Think Yeezy meets an Aqua music video. It was major. But Kylie wasn’t done there — she also added a pair of pink suede Christian Louboutin pumps and a matching crystal-encrusted disco ball wristlet. Because you only become legal once and why not just go all out with the most maximal look imaginable.

Stars in Suits! See Which Celebs Traded In Their Dresses for Pantsuits and Own the Red Carpet

All of this to say: Kylie Jenner just raised the bar on 21st birthday fashion to great new heights.