Since her BF and baby daddy Travis Scott was slated to perform, Kylie Jenner made her triumphant return to the MTV VMAs. While she was there to support her man, her legion of fans was beyond stoked to see what ensemble she would rock. Jenner wore a shockingly simple and belted white shirt dress to the 2018 VMAS and it marked the first time the reality star, makeup mogul, and new mom has attended the always-wild ceremony since 2015.

Last time Jenner graced the red carpet for this particular awards show, she was only 18 years old and rocked and golden, long-sleeved Balmain mini dress. She paired the frock with strappy heels in the same color and ultimately showed off tanned ‘n’ toned legs for days.

She also debuted blunt bangs in a Cleopatra-inspired moment.

Fast-forward to 2018 and Jenner is now 21, she’s on track to beauty biz billionaire status, and she has welcomed her first child, daughter Stormi. While soooo much has changed in her life, one thing remains the same and that’s Jenner’s sartorial sense. She knows how to make a red carpet and awards show statement and that’s just what she did at the VMAs.

Her somewhat understated Tom Ford outfit was a subtle nod to summer with its crisp, white hue. The silhouette was structured with strong shoulders. It was belted and befitting a billionaire. 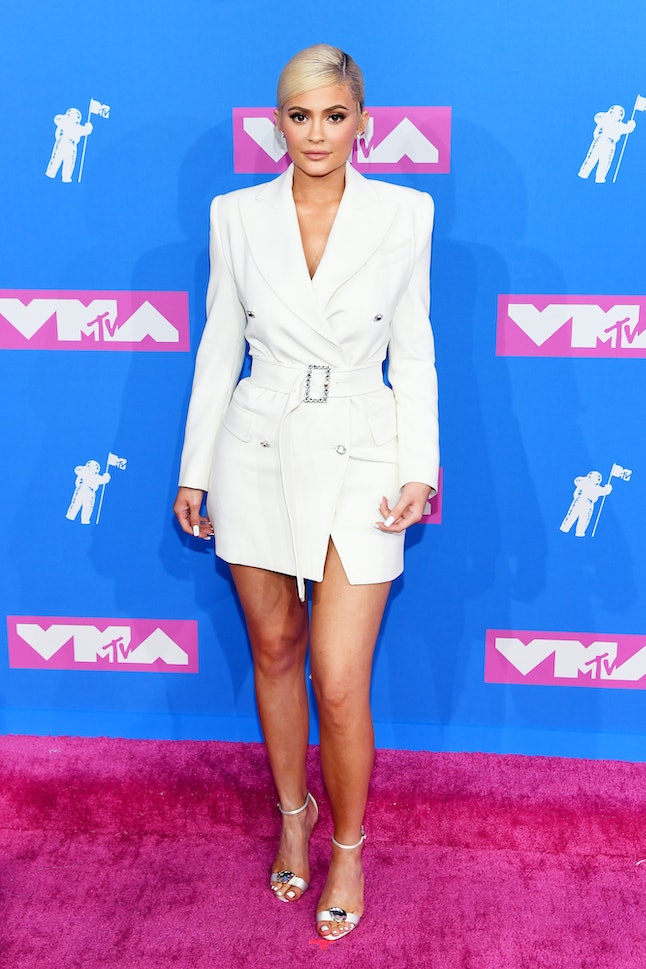 Jenner looked chic and grown up while turning up to support her significant other. Here’s to hoping that baby Stormi was at home and hanging out with grandma-mager Kris Jenner while watching her parental units slay the VMAs. 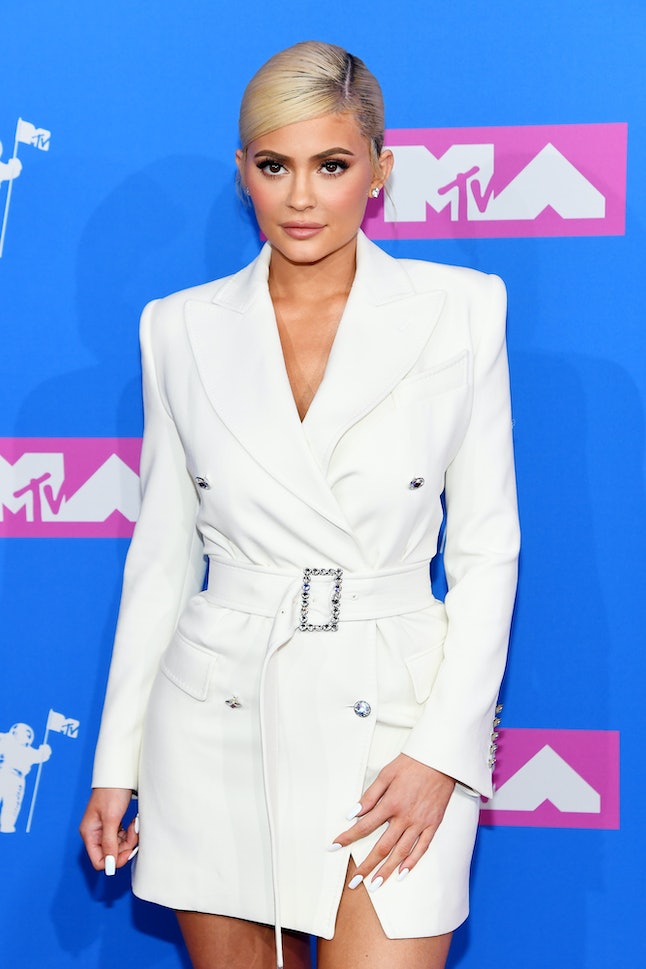 Jenner has been rocking Barbie blonde locks since celebrating her milestone 21st bday earlier this month. For this ceremony, she wore her platinum strands slicked back into a bun and deeply parted. It was a stark, contrast to her last VMAs appearance — when she opted for those bangs-enhanced, glossy black waves. 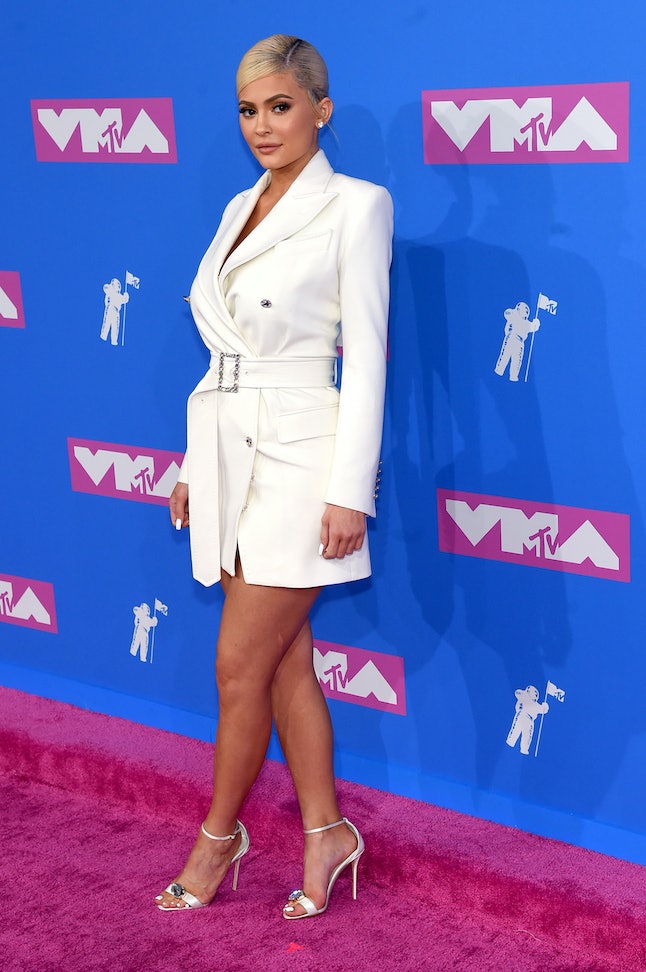 This look was all biz. Since she is thisclose to achieving unicorn status — as the mastermind behind a billion dollar startup — Jenner’s makeup is always on point. Her signature velvet and nude matte lips were on full display. Her mega long manicure matched her outfit, while her strappy heels had similar hardware to her belt and buttons. 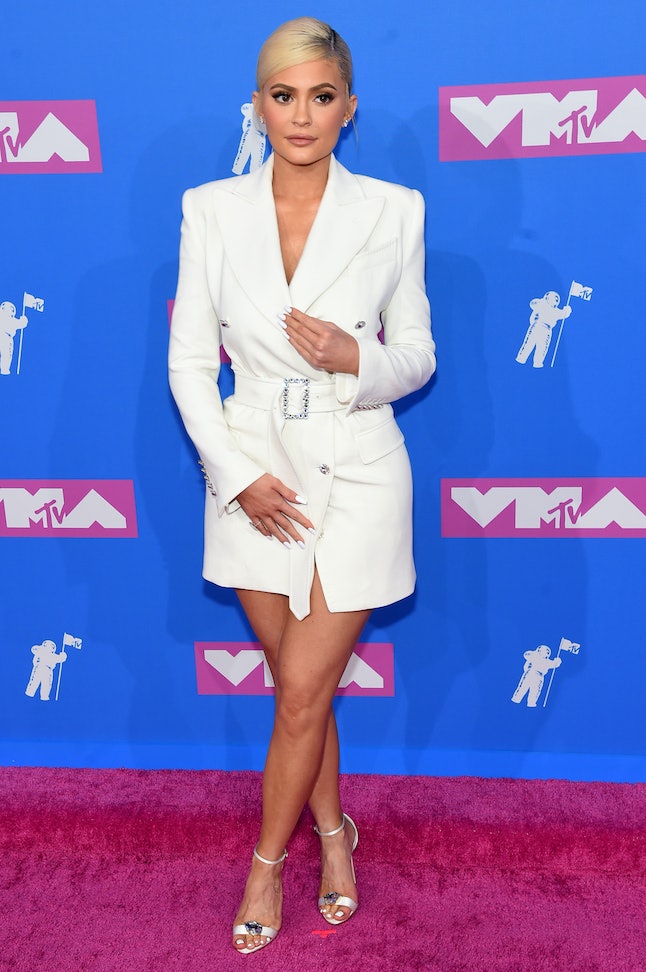 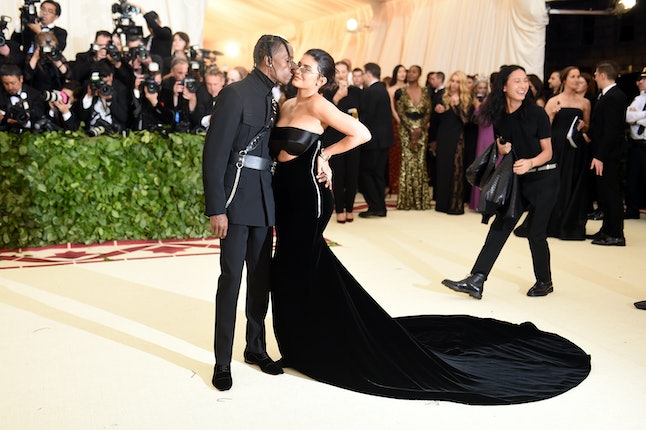 Stormi’s parents were quite a fashionable pair at the 2018 Met Gala in matching and structured black ensembles. 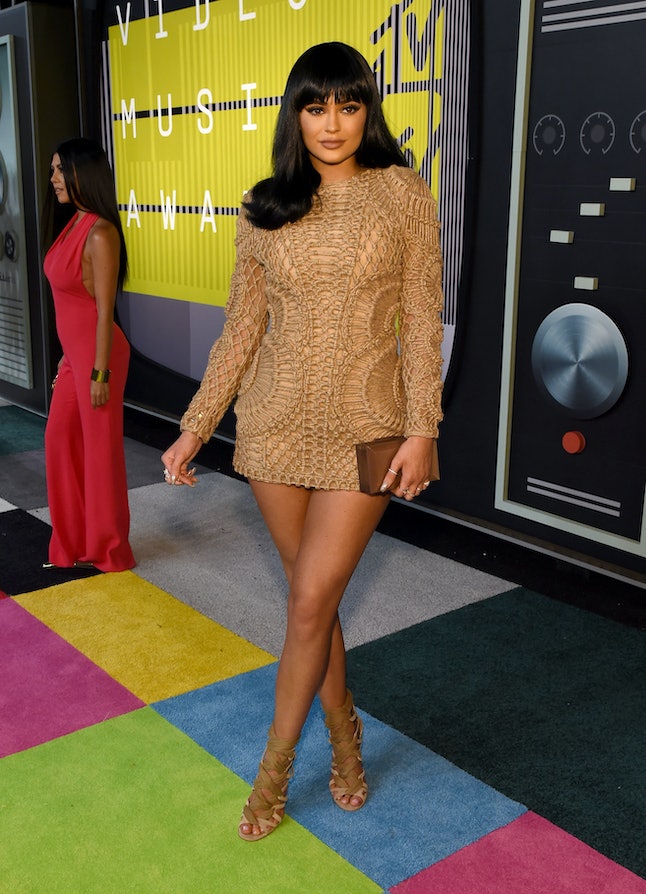 Jenner’s 2015 dress was a work of art. It had an intricate, rope-like design. It was Ky’s take on the "nude dress" trend that has dominated the fashion scene in recent years. Oh, hey, Kourt in a tomato red pantsuit. 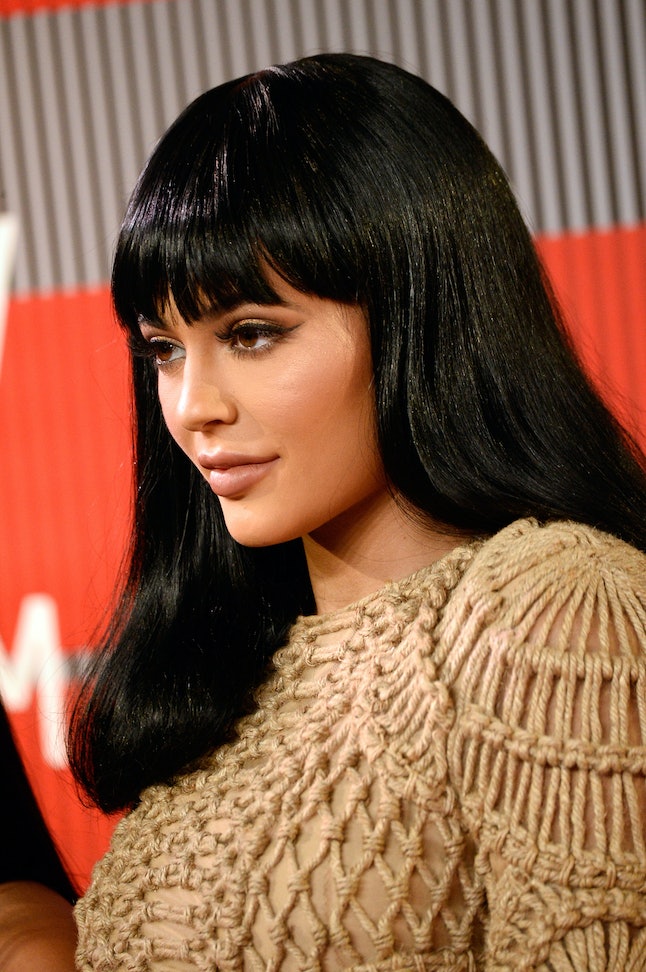 Those bangs, though! They were temporary but they made such a statement. 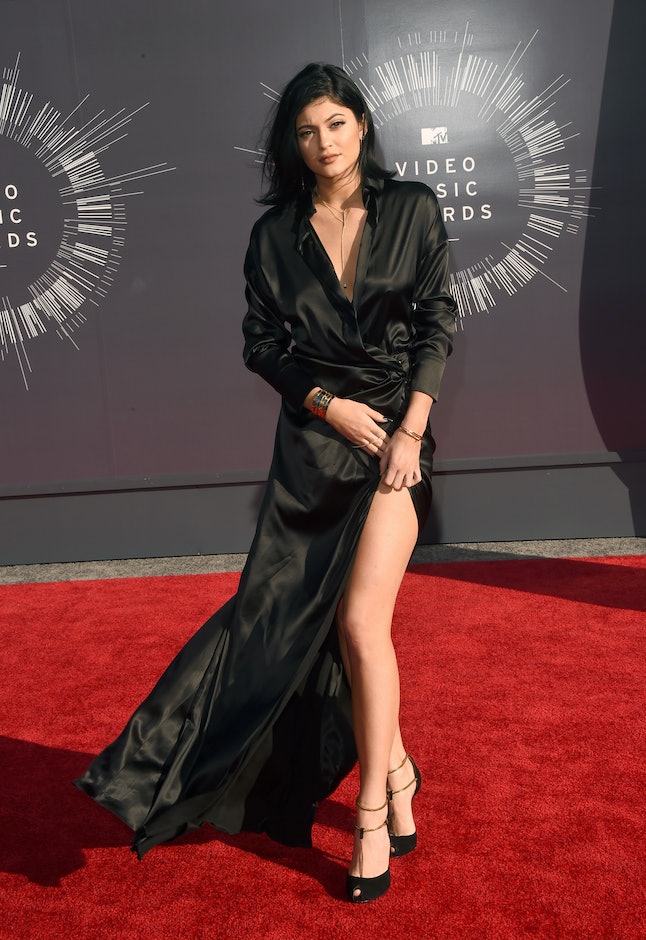 At the 2014 ceremony, Jenner was just 17 and showed off her legs (again!) courtesy of a serious slit in her silky, satiny black dress. She clearly likes all sorts of shirt dresses! 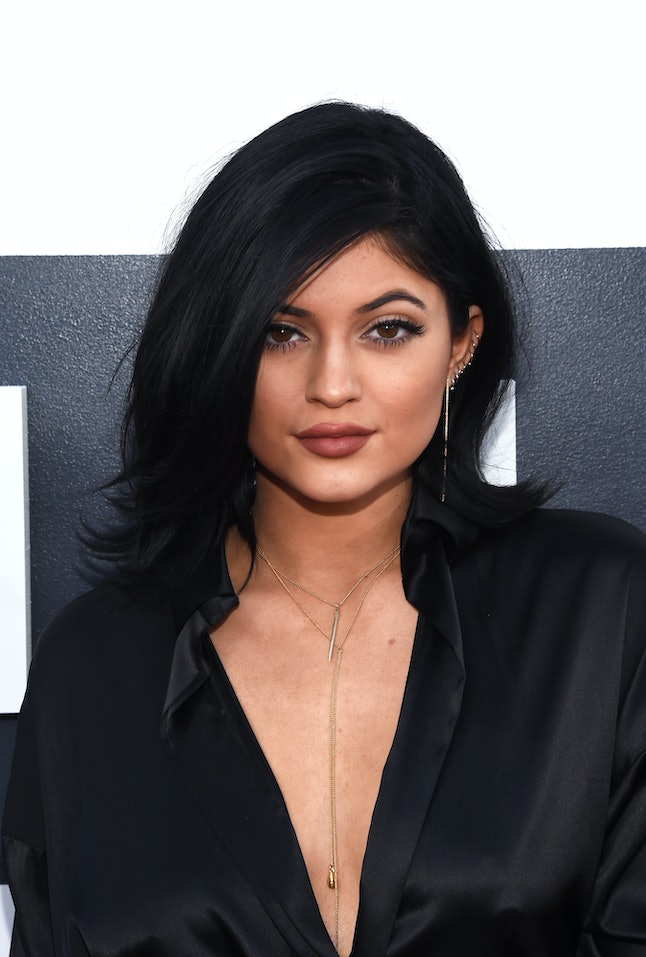 Her dramatic makeup and layered necklaces matched the sexy simplicity of her dress.

Jenner’s return to the VMAs has been a long time coming and she didn’t disappoint. She looked every inch the boardroom baller.