Just like any other child Ruby Hancock, six, fell ill with the common infection that left her skin covered in angry red spots. 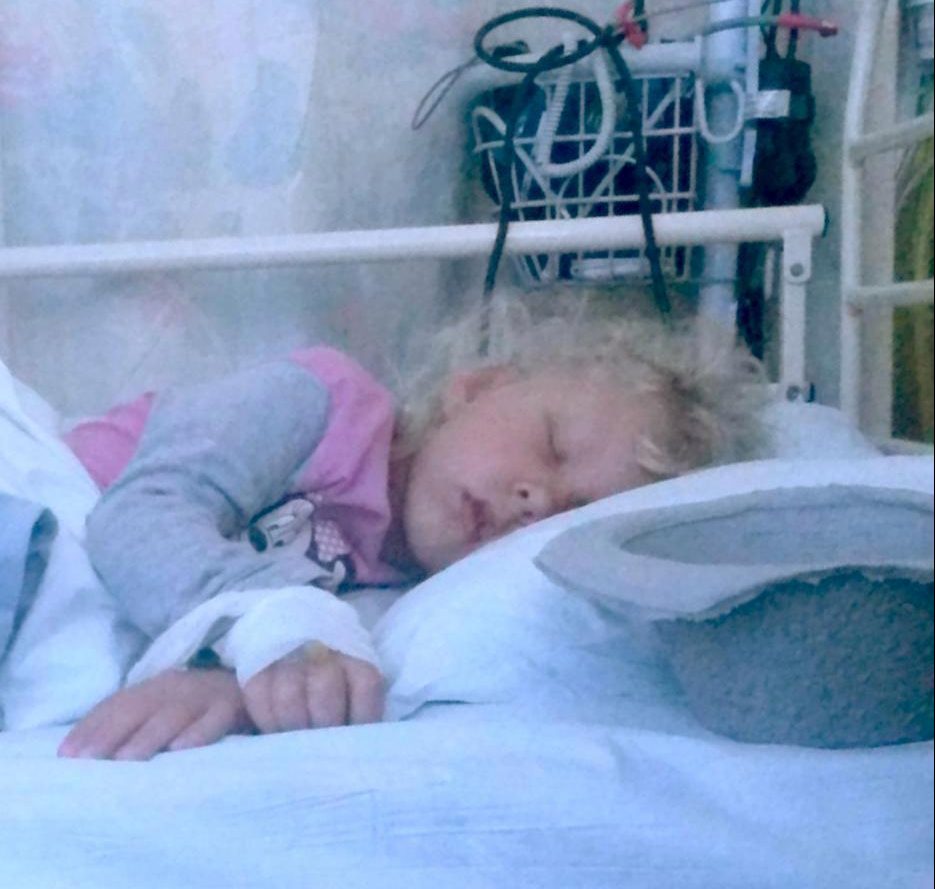 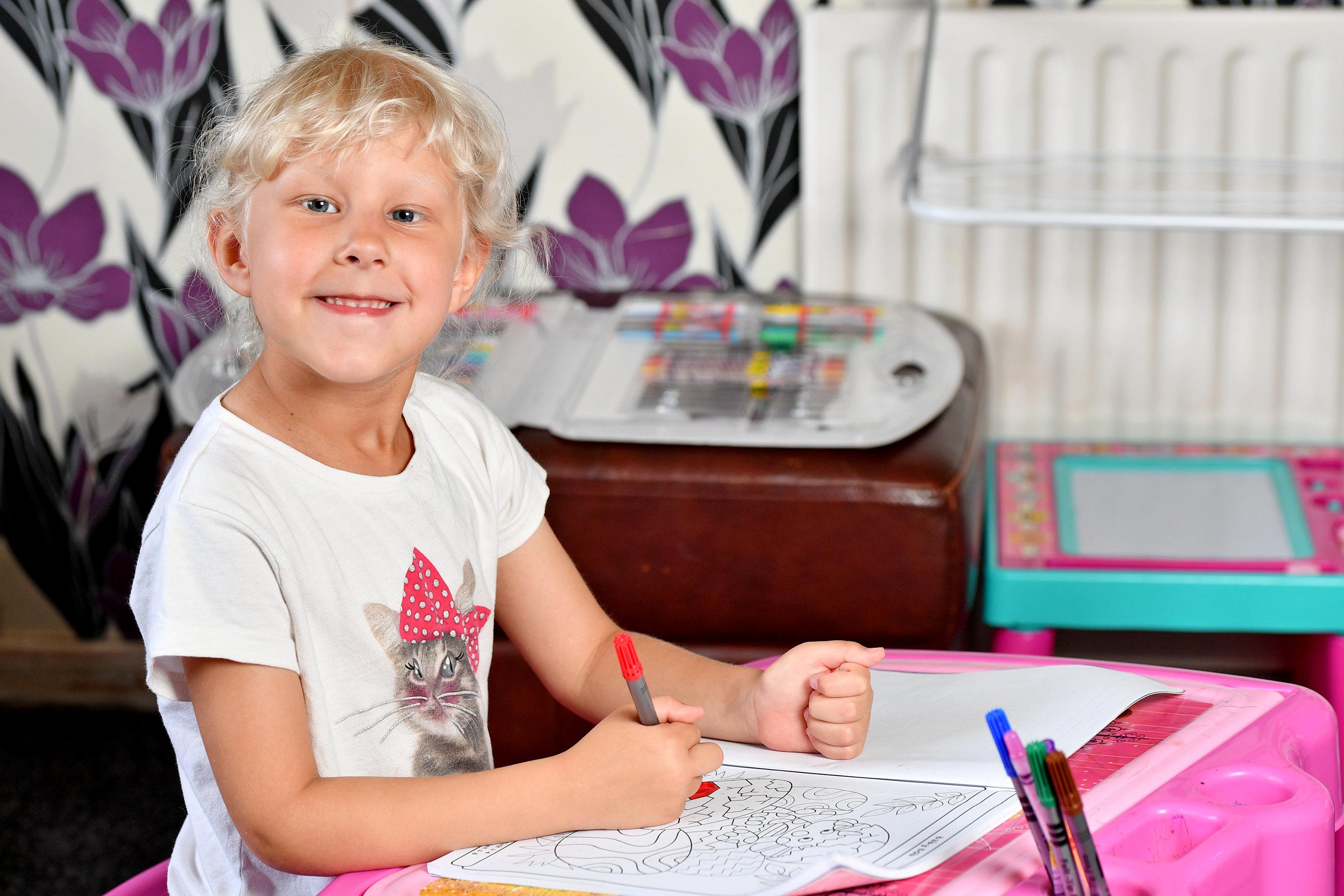 But she was rushed to hospital when she lost consciousness in her grandfather’s arms after being sent home from school unable to walk.

She was diagnosed with acute disseminated encephalomyelitis (ADEMS) – an autoimmune disease that causes swelling on the brain and spinal cord.

The condition is a form of encephalitis and causes the body's immune system to attack healthy white matter in the brain.

Doctors told her devastated family the rare condition – which affects 1 in 250,000 people – could lead to Ruby being paralysed for life. 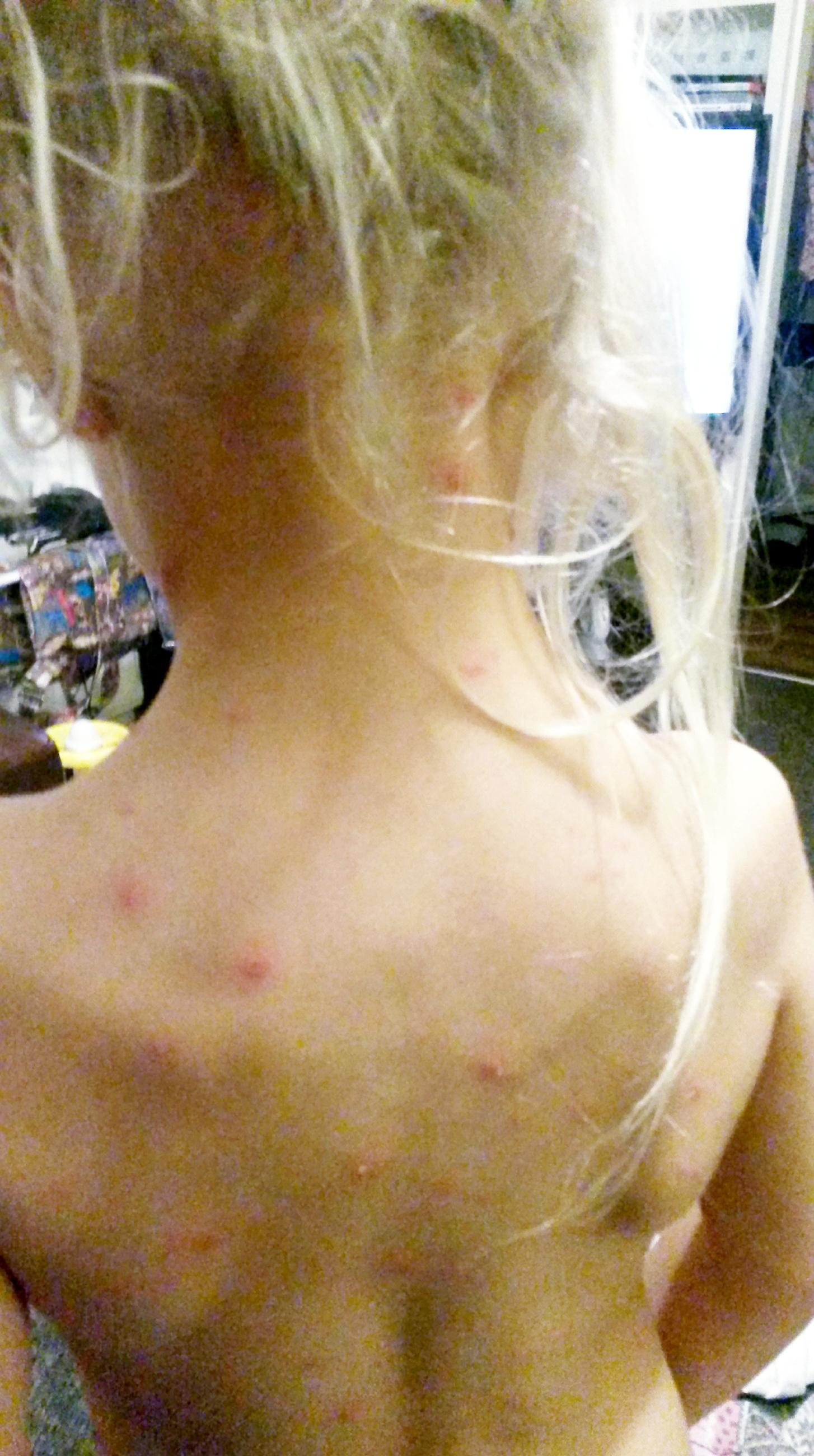 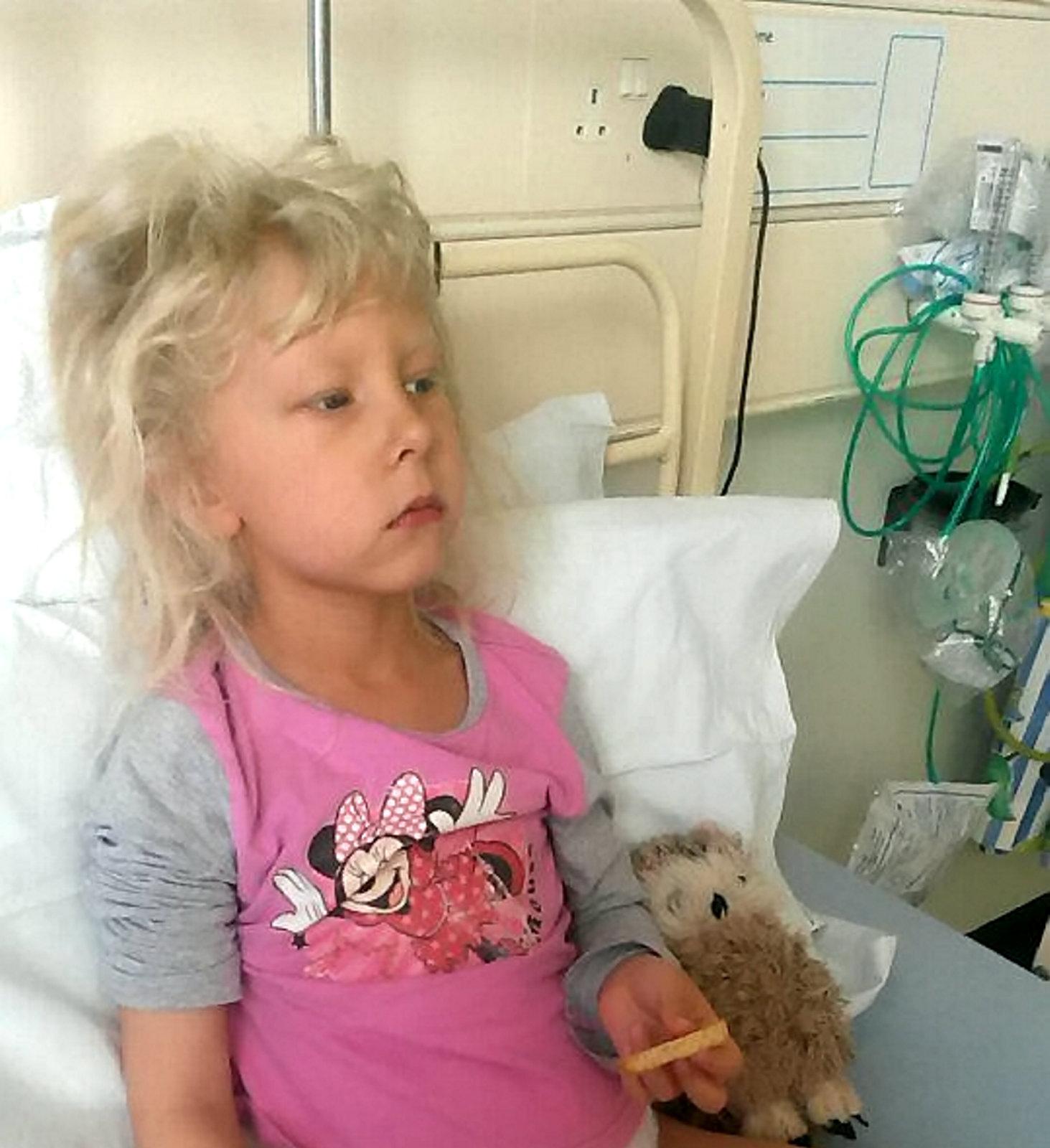 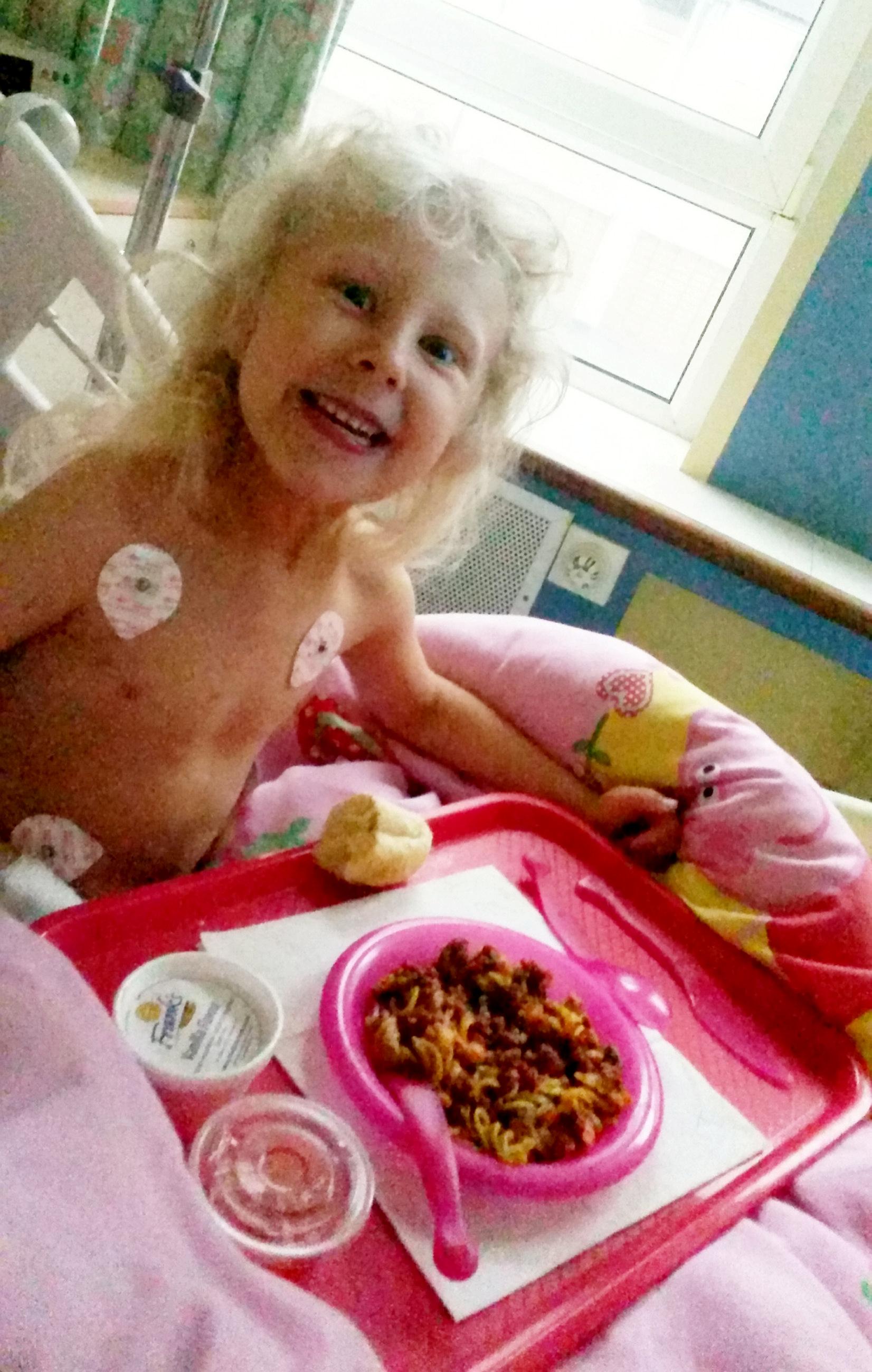 But Ruby is now back on her feet after spending three weeks in hospital having been treated with antibiotics and steroids.

She is still recovering at her home in Skegness, Lincs., and requires regular hospital visits and round-the-clock care.

Mum Laura Jackson, 27, said: “It was every parent's worst nightmare.

“She had chickenpox for a couple of weeks, she gave it to her sister but all seemed fine and normal. 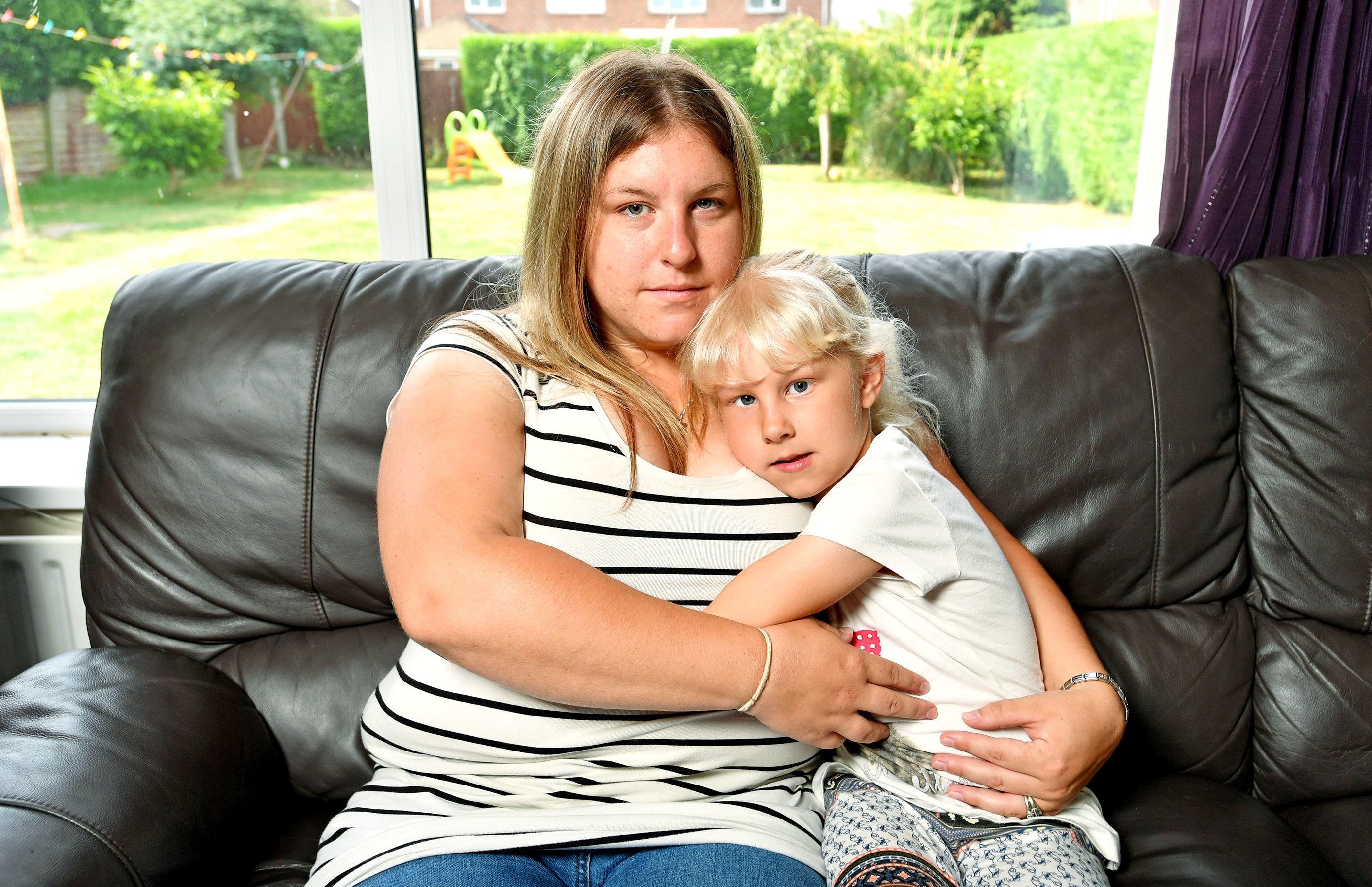 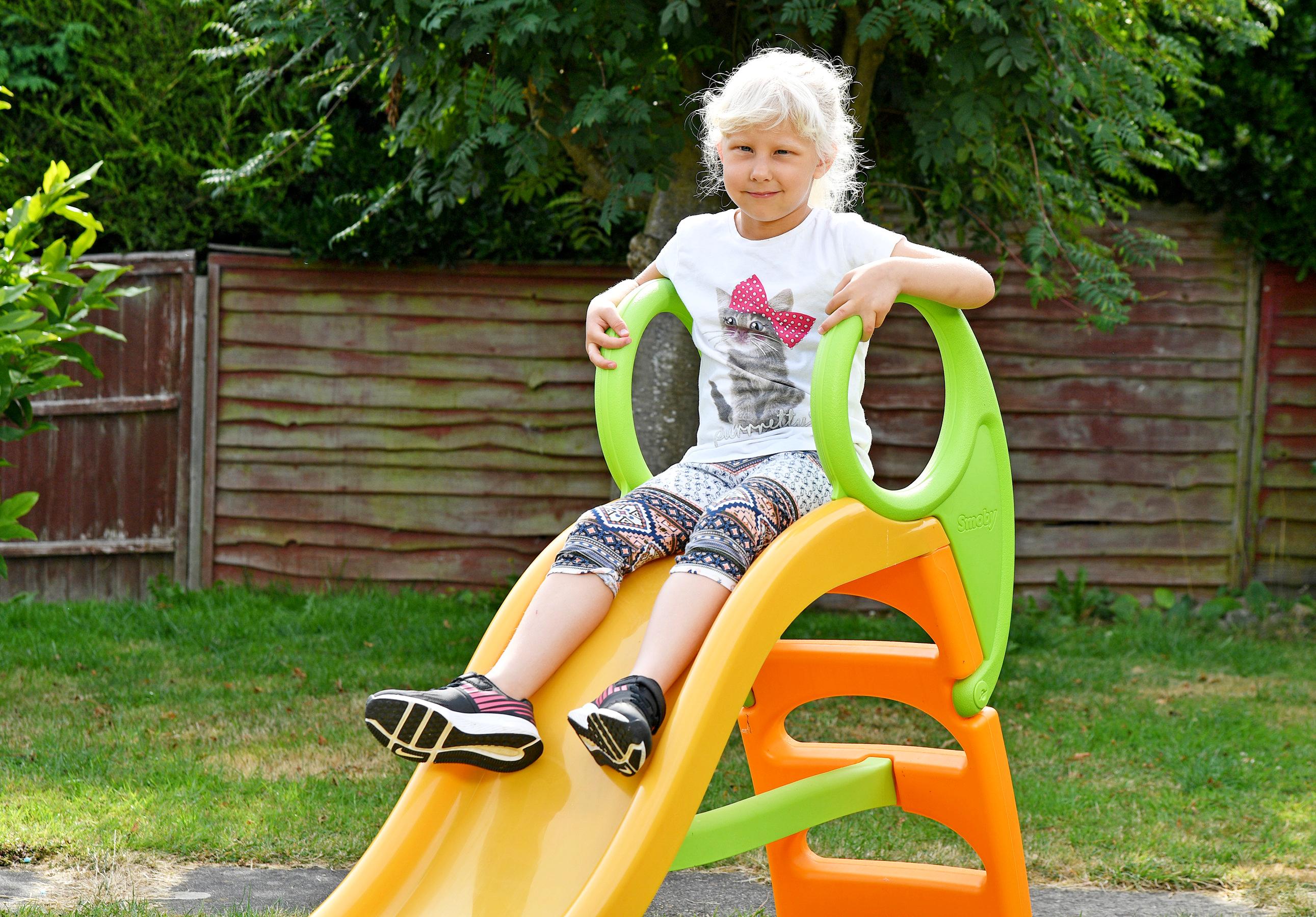 “We thought it was just a rite of passage every child has. But after that started to become quite poorly.

“She started to throw up clear fluid and bubbles, an ambulance crew was then dispatched.

“When they saw her throwing up bubbles and they said 'that is not normal' so they took her to hospital.

“It turned out to be a water infection and she was put on antibiotics, but after three or four days they weren't working and the doctors thought that the chickenpox may have triggered ADEMS.” 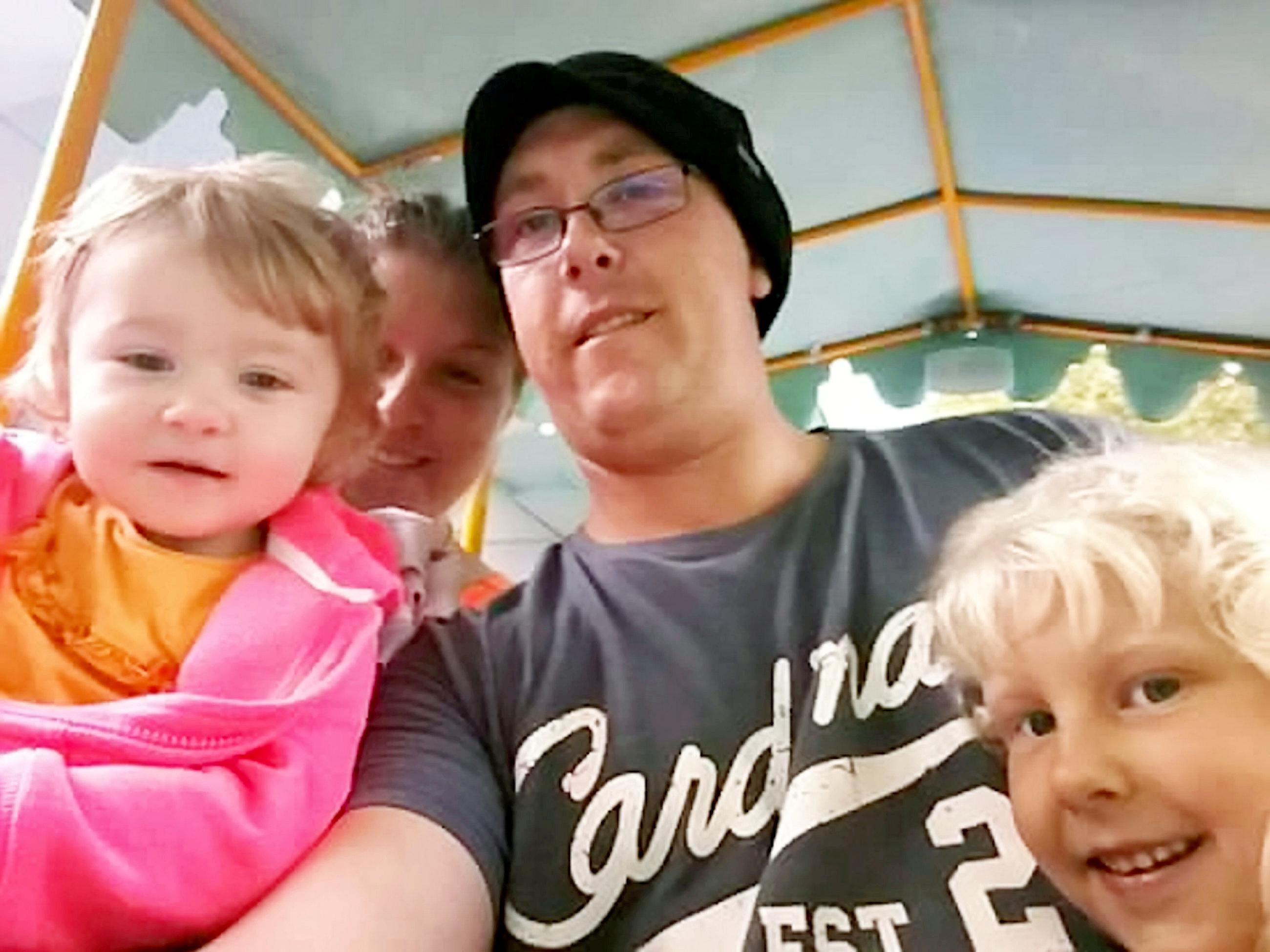 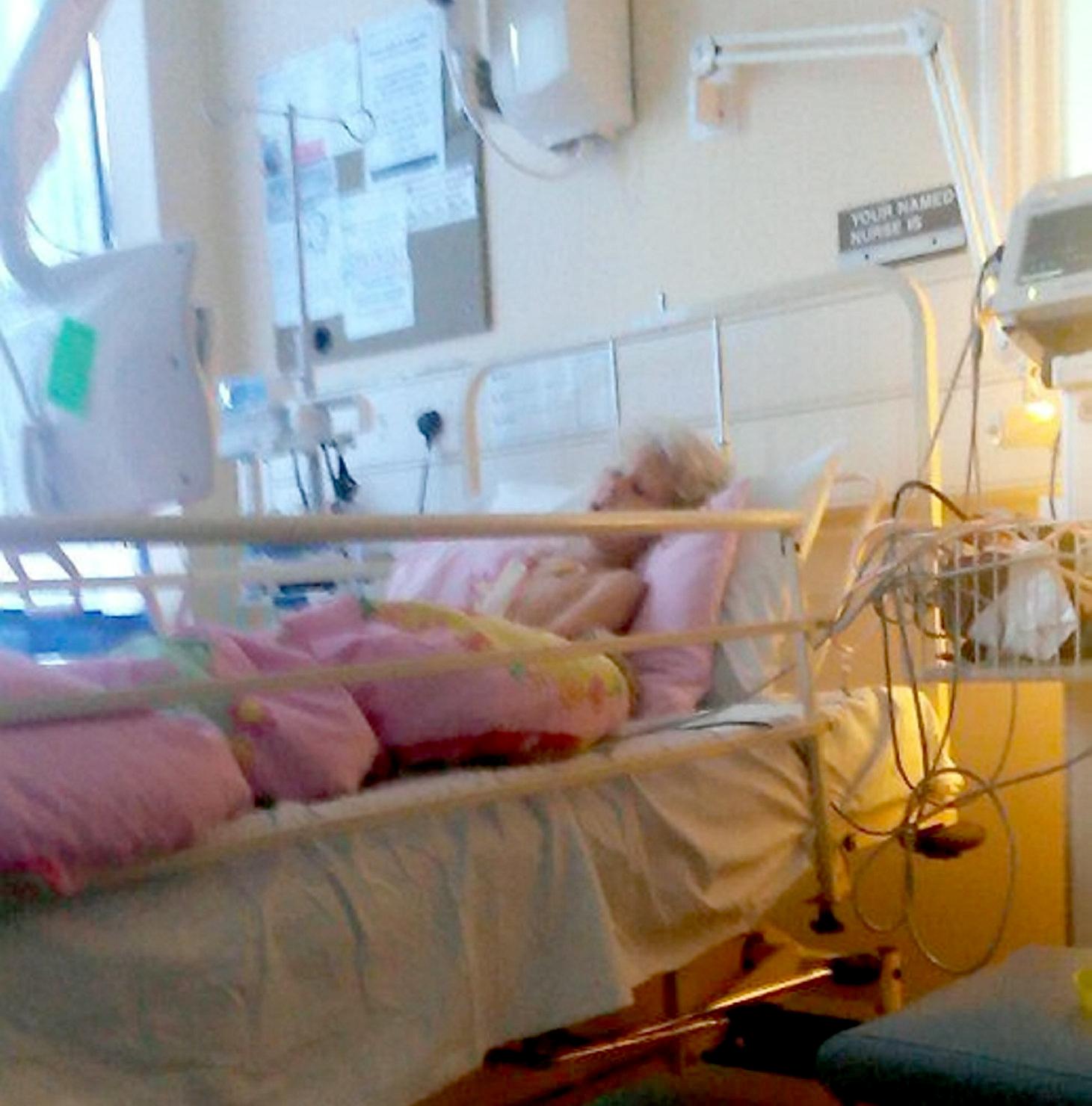 When Laura was told Ruby’s diagnosis she “burst into tears” not knowing if her little girl would survive.

“The condition is not curable but it can be treatable,” she added.

“It's been an emotional rollercoaster; we were all upset and worried there were no words to describe it.”

Ruby spent two weeks on a neurology ward at Sheffield Children's Hospital until she was well enough to start walking again.

She has since had to attend a string of appointments at Pilgrim Hospital in Boston, Lincs. 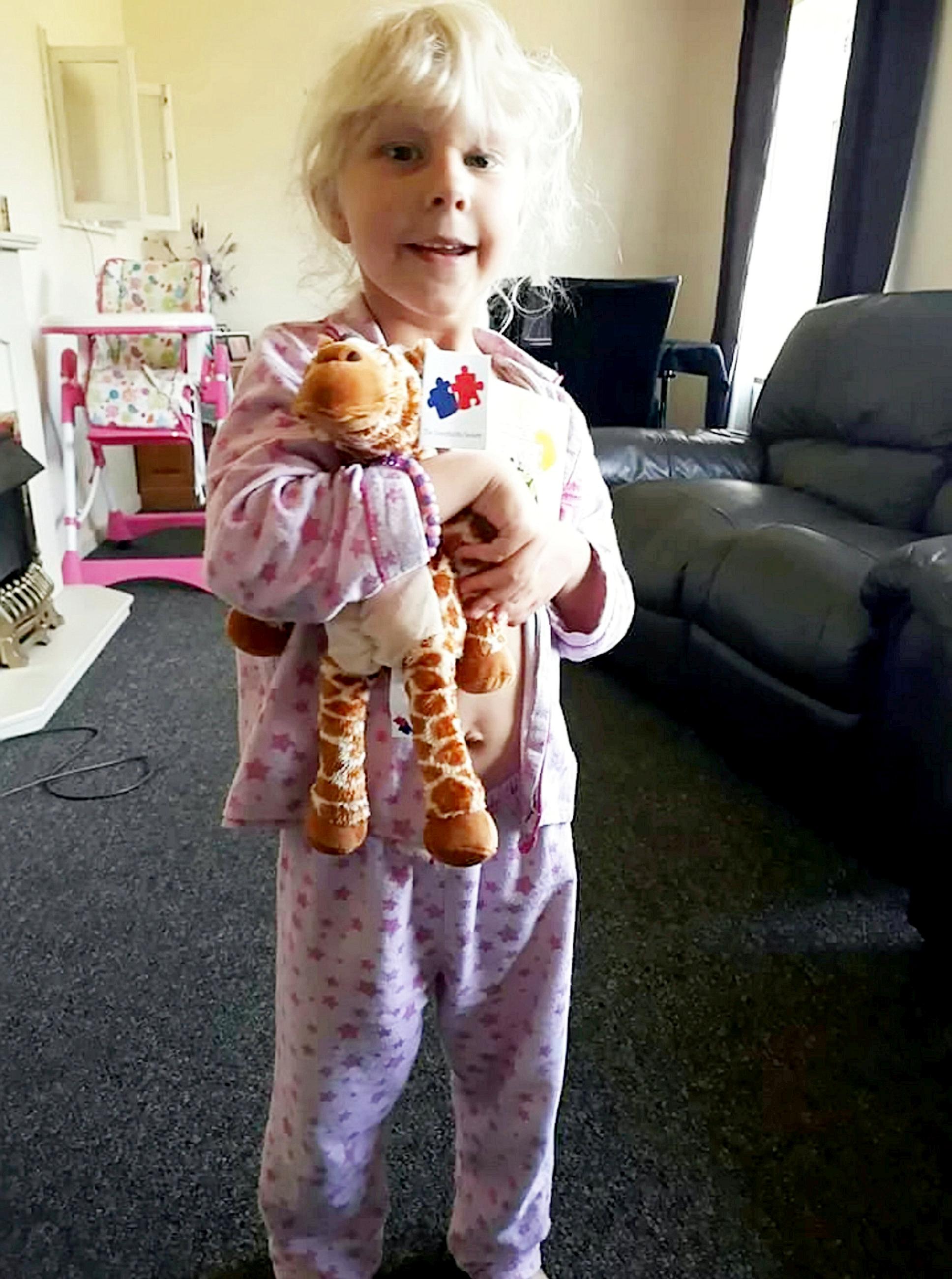 Despite her illness, brave Ruby will be going back to school to start in Year 2 in September after spending the last three months in and out of hospital.

Laura, a night care assistant, added: “She looks a normal child but her left side is weaker than her right and she needs physiotherapy and has regular swimming to strengthen her up.

“She still has problems with her balance and has trouble getting upstairs and can't do it without assistance from one of us.

“Ruby can't do things like go on trampolines because it off again, also if she fall over we usually have to take her back to hospital.

“It is heart breaking that she can't do these things, we even bought her a bike but she can't ride around on it.

A RARE COMPLICATION OF THE CHICKENPOX

Acute disseminated encephalomyelitis (ADEM) accounts for around 10% of all known cases of encephalitis.

It causes swelling on the brain and the spinal cord.

The condition affects children and usually begins after a childhood illness like a viral infection.

The condition affects the white matter of the brain, which contains nerve fibres and myelin to protect the nerves.

Where white blood cells accumulate in the infection the myelin around the nerves is destroyed.

Symptoms:
The illness usually begins with less-specific symptoms such as:

They may then develop into:

Treatment:
The best course of treatment is to slow down the body's immune response to stop it attacking healthy white matter in the brain.

High doses of steroids may be given to reduce inflammation.

“Her younger sister, Mia, who is two, can't really play about with her like before, often they used to be quite rough with each other.

“With her condition she finds it quite distressing, she has to be put out for her MRI scan and she gets upset when she wakes up and has a needle in her arm.”

Laura will be raising money for the Encephalitis Society in September by going on the longest and fastest zip-wire in Europe.

“Surgery is an option and she may still face problems in future – but all of us, including the doctors are thinking positive.”

Dad Danny Hancock, 32, a self-employed car valeter, said: “I was an emotional wreck, I was not eating or sleeping, I could not being myself to go to work.

“She was in the children's hospital in Sheffield which is four hours but then I had to come home and help out, it was the only way.

“But we both have to think positive, we are just trying to make people more aware.

“We never thought this could happen.”