Home » Fashion » Love Island's filler-filled Megan is hailed as 'perfection' while model Lady Amelia Windsor is slammed for her 'small boobs' and 'belly'… so is looking like a Barbie doll the new normal?

How do we measure up? Personally, I’d definitely swap bodies with Lady Amelia Windsor, 22, who’s 38th in line to the throne and currently having a lovely topless time on the beach in Ibiza. 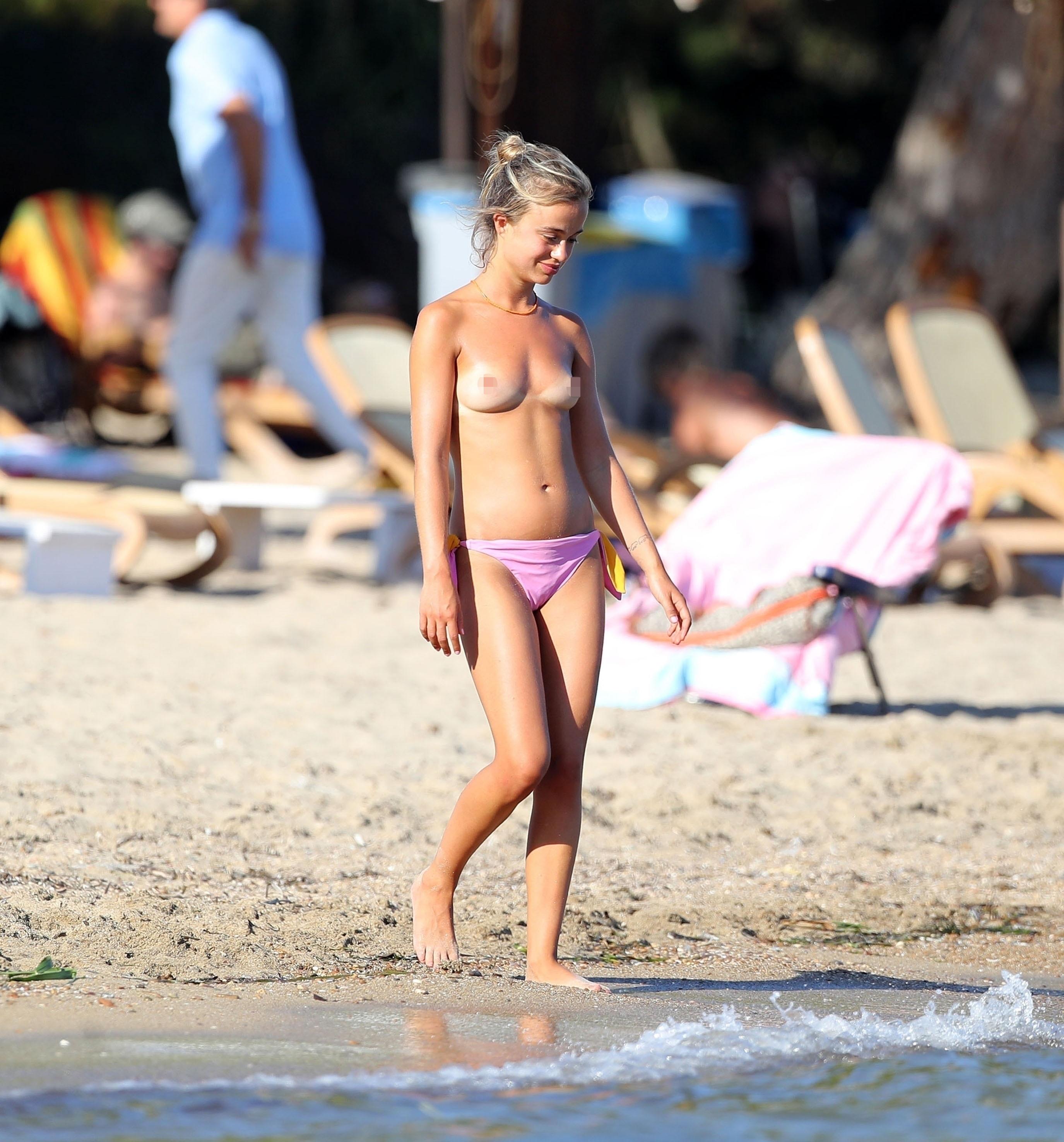 Some intimate shots from her hols hit our screens yesterday and I’m envious of her golden skin, slender thighs and flat stomach.

Her boobs are perky but not artificially so, she might be a B or C cup.

She reminds me a little bit of Kate Moss at the end of the nineties – a gorgeous girl who doesn’t give a f**k.

However, after two months of staring at perfect, augmented, Love Island bodies, there is something strangely relatable about Lady Amelia’s. 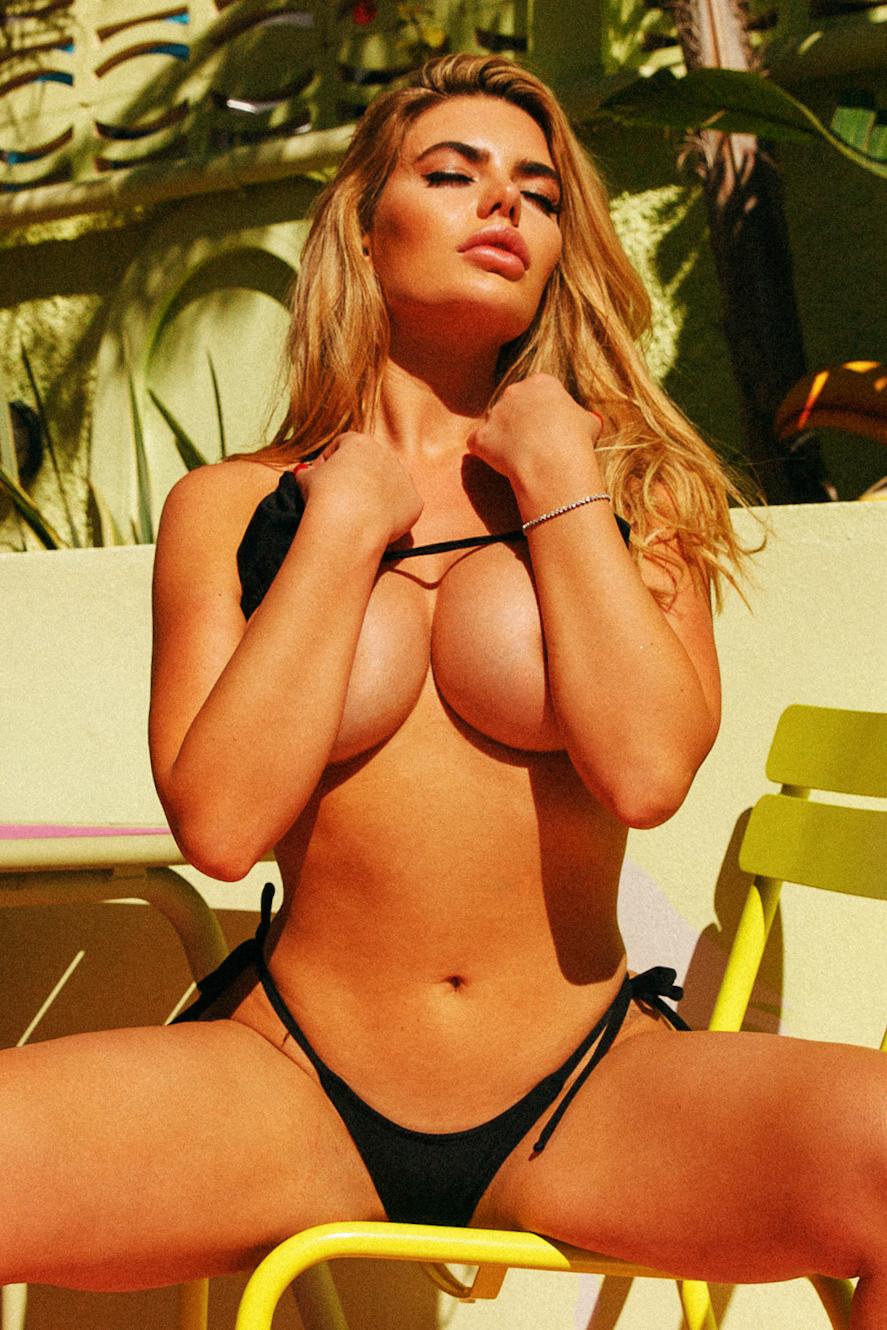 There’s a little bit of downy hair on her tummy, and even though she’s very slim, it creases when she leans forward.

Nothing has been pared down or pumped up. She appears to have the body she was born with.

But society, predictably, is not happy about it. “Needs as set of bolt ons ASAP,” writes one critic online. “Her t**s look like two fried eggs,” another adds.

In 2018, looking pretty but natural is now a trollable offence. Nothing less than perfection is tolerated. 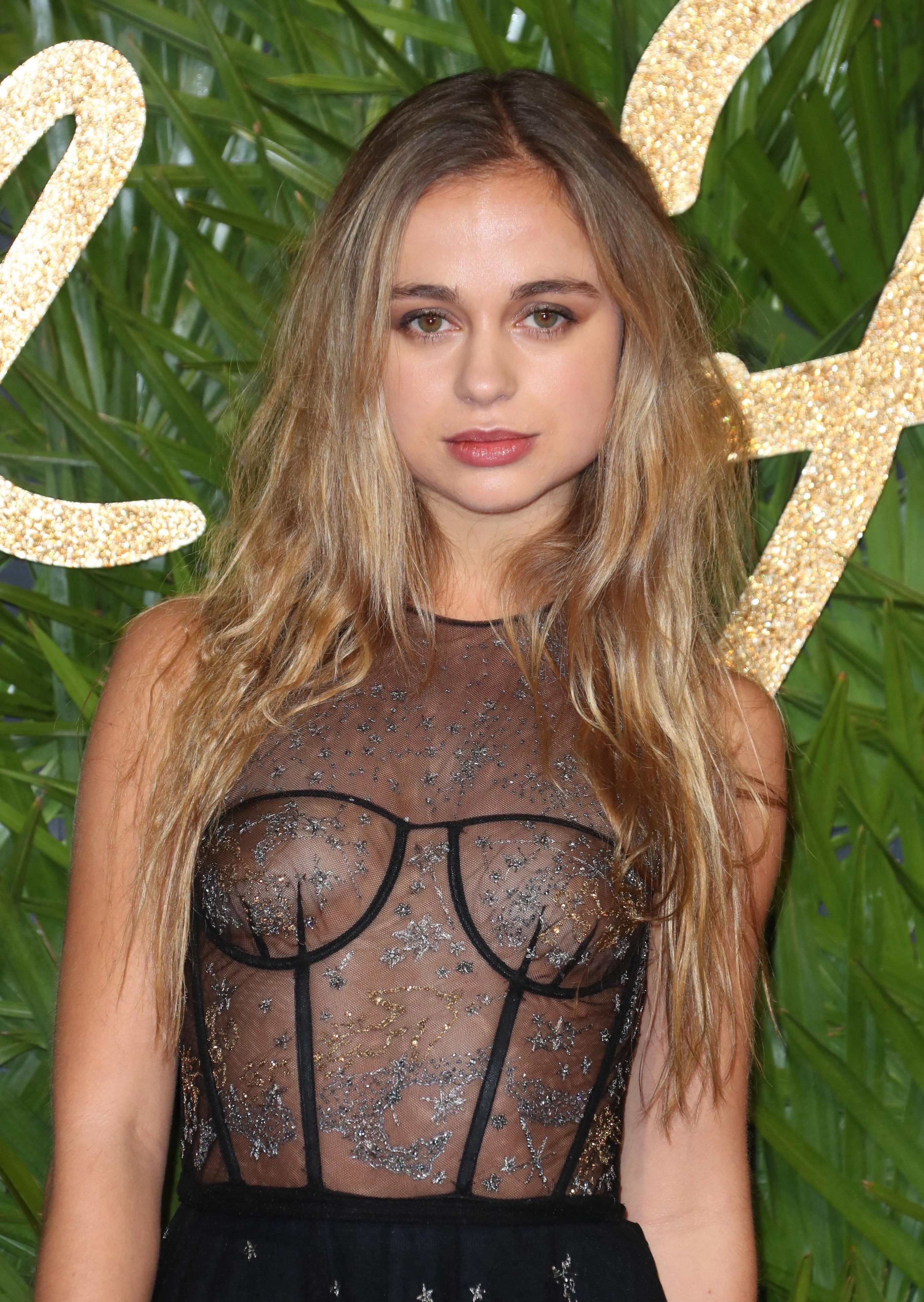 As bizarre as it sounds, we know that fashions in body shapes come and go.

If we hark back to the seventeenth century, an abundance of flesh was a quality considered beautiful and desirable. Then in the 1920s and the 1960s, flatter chests became fashionable.

I believe all bodies are beautiful, but if we’re going by society’s narrow definitions, I’d say that Lady Amelia Windsor has a “perfect” body – if we were to go back in time to 1998.

Twenty years on, society has once more redefined “perfect” – and the winner of the pointless competition is Love Island’s Megan Barton Hanson. We all remember where we were when Megan first appeared on our screen.

Seeing her striding into the villa in her peach swimsuit caused such a collective sharp intake of breath that it nearly resulted in a country wide weather warning.

Megan looks like a modern Marilyn. The curves are pneumatic. The pout is perfect. Megan spent £25,000 on surgery to make her body look the way it does.

Going by their reactions, I suspect that every man in the villa thought the work was worth every penny – and seeing this played out on screen put an awful lot of pressure on the rest of us.

I’m a noisy advocate for body confidence and accepting yourself as you are – but every time Megan appeared on my TV, I’d Google lip fillers and try to work out how much Restylane I could afford to have put in my face.

Research analyst Hera Crossan told the Telegraph: “It is likely that social media and reality TV shows such as Love Island have helped cultivate an unhealthy obsession with appearance perfection that women feel the need to live up to.”

While Megan’s body and bank account are her own business, I think her appearance on Love Island is linked to the cruel comments about Lady Amelia’s body. 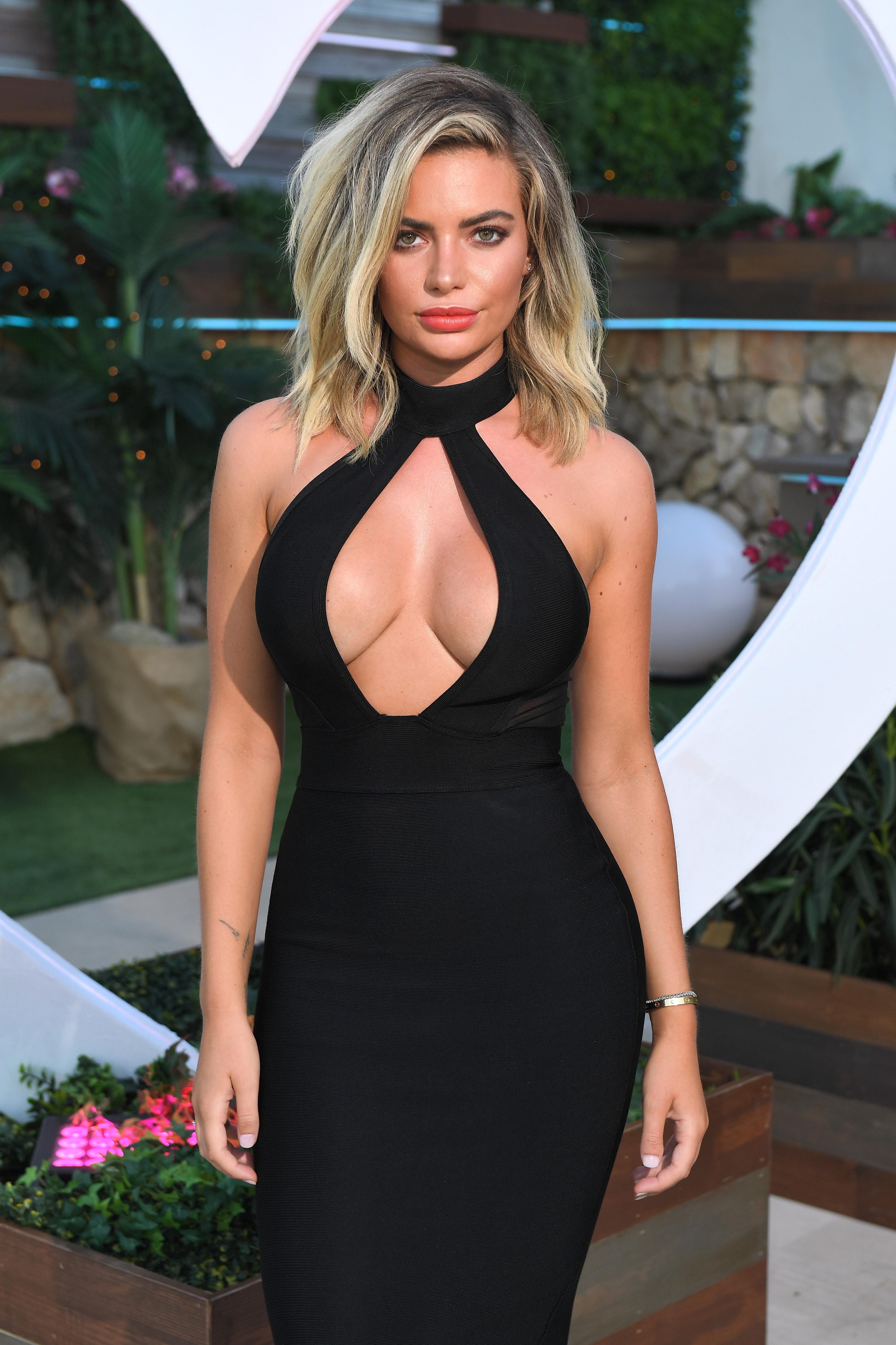 Normal isn’t normal any more. We constantly see nearly naked flesh on TV, online and on social media – but everything that is on display has a price tag attached.

On the one hand, we must all be allowed to do what we want with our bodies and be free from judgement. It’s all about giving everyone the space and freedom to make informed choices.

However, we can’t afford to ignore the negative effect that cosmetic surgery is having on our collective confidence.

I don’t want to live in a world where girls aren’t allowed to feel gorgeous unless they’ve been nipped and tweaked. 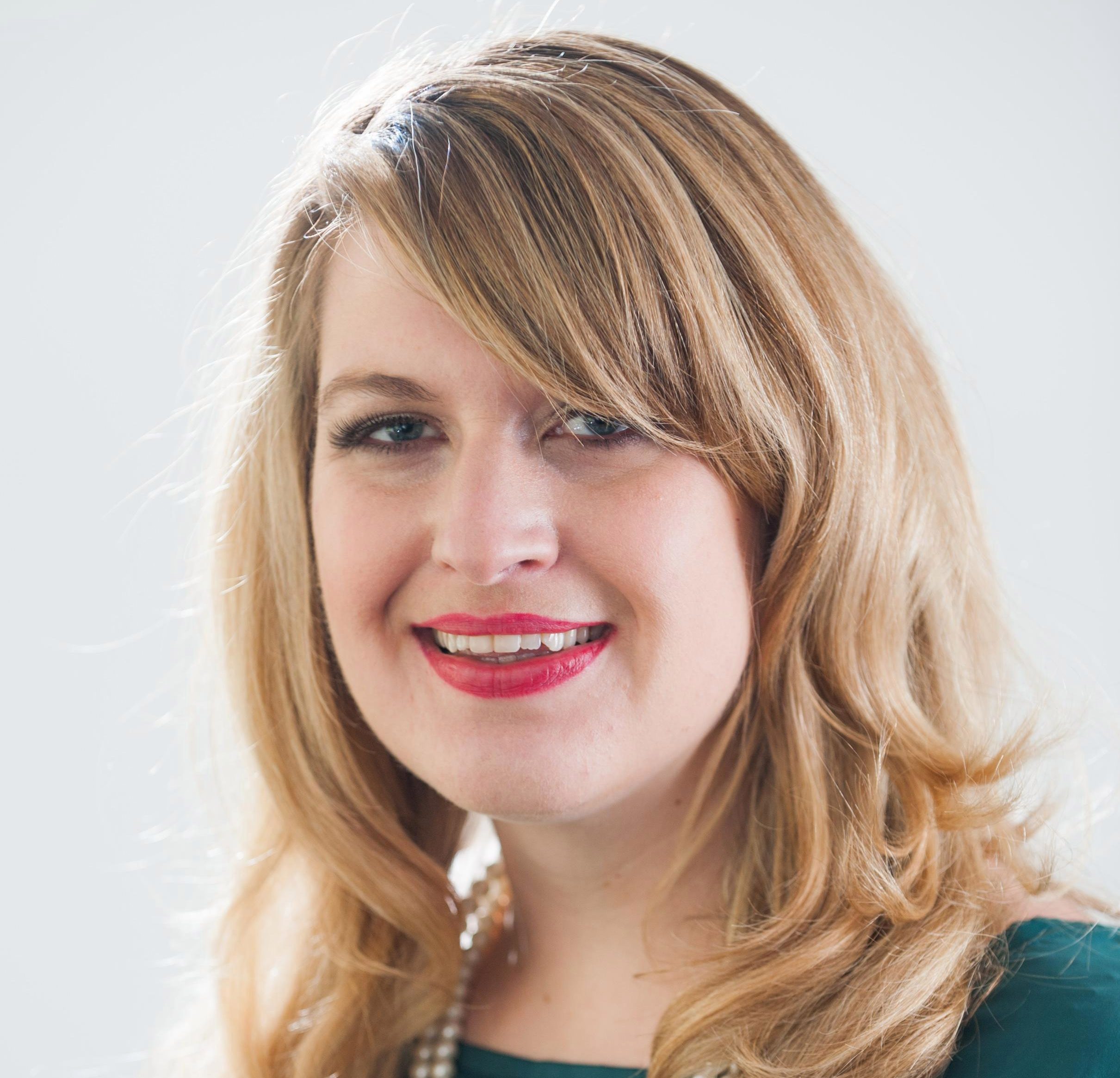 I think Lady Amelia’s pictures are beautiful because she looks so relaxed and carefree.

I think they will make many women feel beautiful, too.

But none of us will ever feel good or look carefree again if we’re constantly made to wonder whether our lives would be better if we had £25,000 and a brand new body.

Fancy reading more about how we need to normalise the boob? Iskra Lawrence calls for an end to ‘oversexualising’ nipples as she shares a braless snap

Forget about the Brazilian and the Hollywood! The Dirty Martini is the new bikini wax trend you need to know about.