Well, one man dealt with it in the most hilarious way, by legging it across the grounds of the wedding venue. 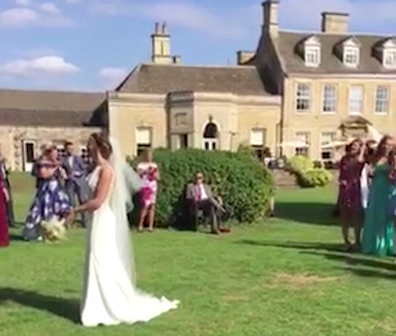 The man in question, Daniel Gilbert, was caught darting off across the grass after his girlfriend Rachel Besley caught the bouquet.

The pair were celebrating the wedding of Chelsea and Matt Best, who tied the knot in Northamptonshire this weekend.

And Rachel was clearly overjoyed when she managed to catch the incoming bouquet of flowers.

Wearing a red dress in the video, Rachel was seen jumping up and down with other female guests. 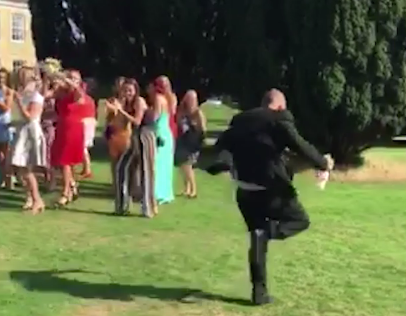 Daniel, however, had taken off across the grounds within seconds. 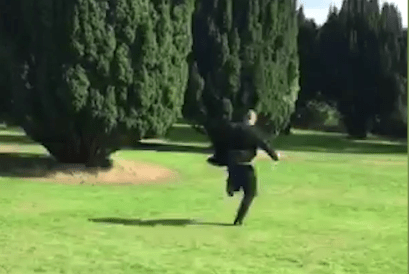 Earlier this week, we told you about the wife who was fuming after discovering her ‘18ct gold’ wedding ring from Argos is a FAKE and made from brass.

We also revealed the life of Crazy Rich Asians – from £5k champagne bills, £1m supercars and an actress who had glitzy £24m wedding.

And we showed you the touching moment a bride surprises her sick dad in hospital so they could share a wedding dance.