Home » Fashion » Meghan Markle is part of the 1% in world who has this rare skill… so have you seen her use it?

The Duchess of Sussex, who is 37 today, has the rare skill of being ambidextrous – meaning she is both left and right handed. 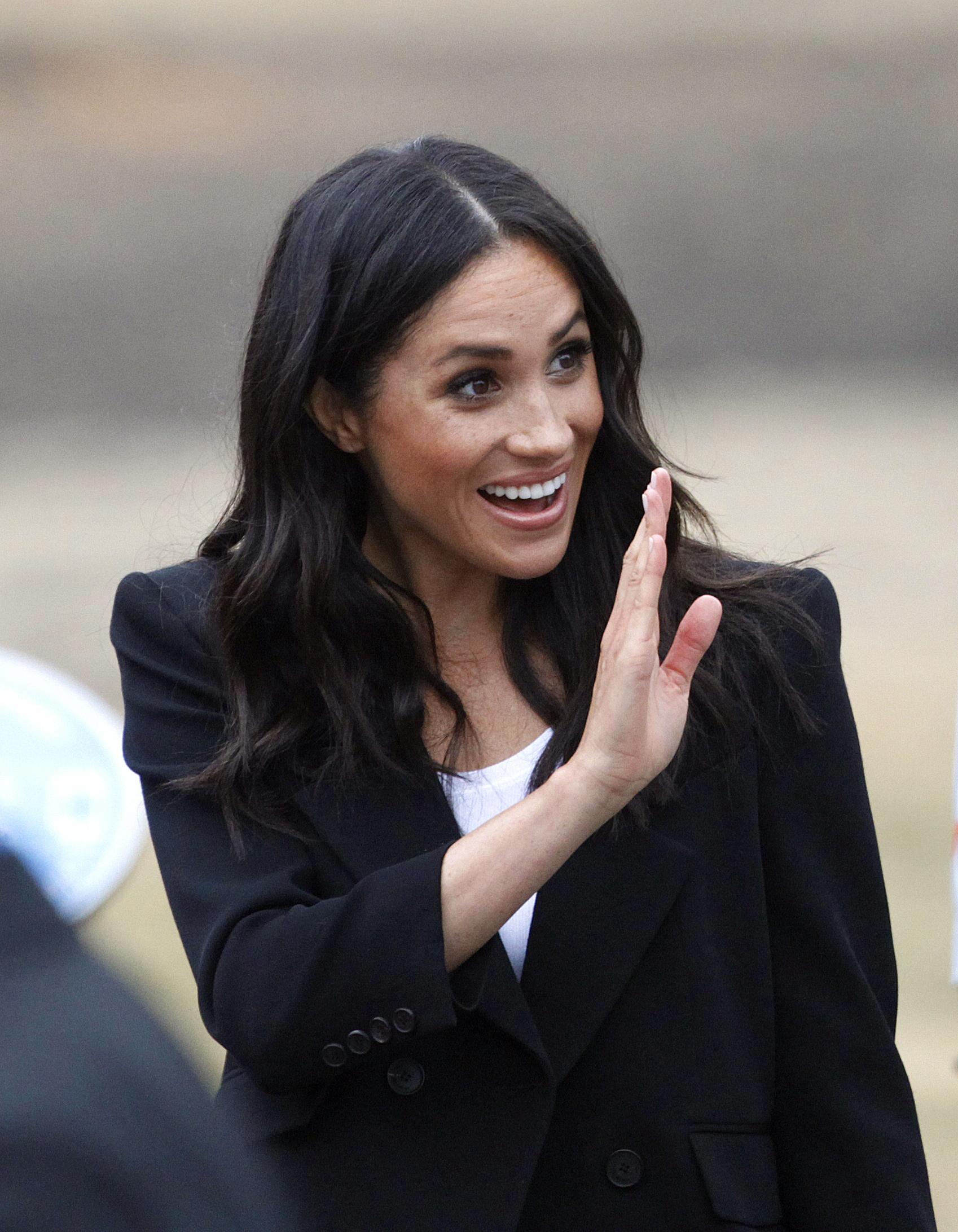 Despite being equally skilled with both hands, the former Suits star still has a preferred one, depending on the activity.

For example, she typically waves, writes and holds her handbag in her right hand.

However, when it comes to eating, drinking and playing the guitar, she opts for her left hand.

Being ambidextrous puts Meghan in the one per cent of the world who have this ability, and typically this indicates that the left and right sides of that person’s brain are pretty much symmetrical. 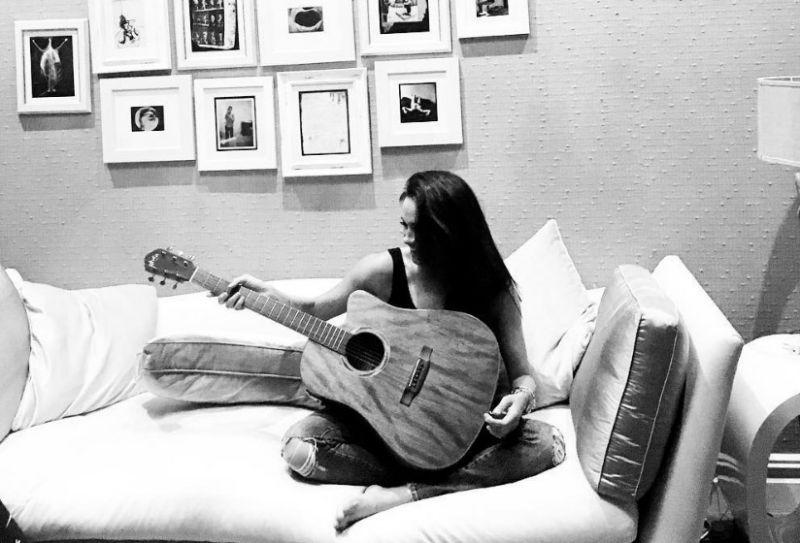 According to a Montclair State University study, ambidextrous people are better at adapting their emotions depending on the situation.

While Meghan can use both hands, her husband Prince Harry is right-handed, along with Kate Middleton, the Queen and Prince Charles.

Meanwhile, Prince William is a leftie, along with son Prince George, Queen Victoria, King George VI and the Queen Mother.

According to Science Daily, around eight to 15 per cent of the population is left-handed, and it is more common in males than females. 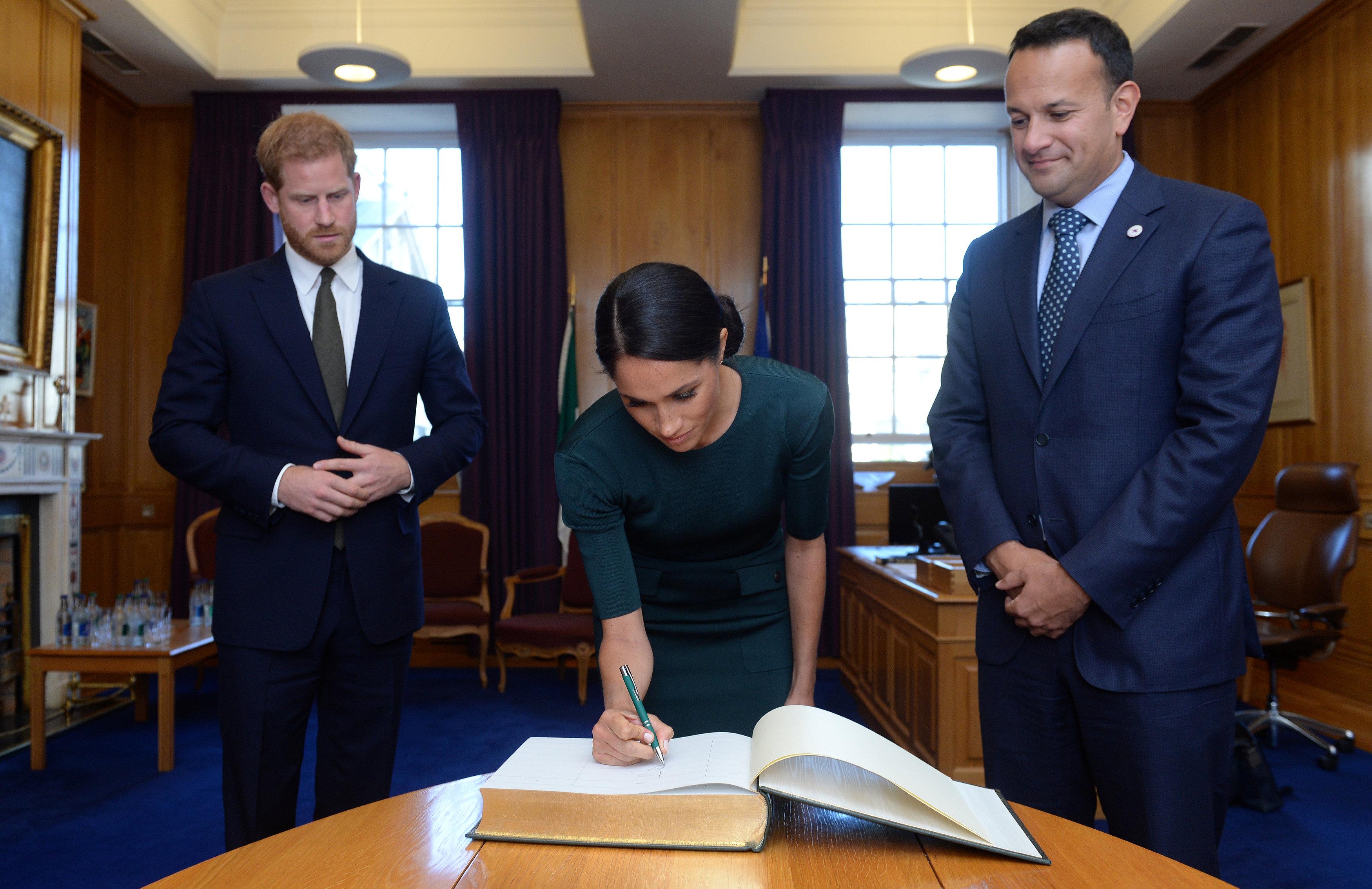 But from most scissors designed for righties and getting pen smears on your hand, it can be hard for lefties living in a right-handed world.

Looks like Meghan Markle has the best of both scenarios!

The Duchess of Sussex has been known for her beautiful handwriting over the years and even taught calligraphy lessons when she worked at the US stationery shop, Paper Source.

Aside from attending Harry’s friend Charlie van Straubenzee’s wedding this weekend, we’re unlikely to see the couple until official engagements beckon in September.

Their last official engagement together was in Berkshire last week at the Sentebale Polo Cup, where Prince Harry planted a kiss on his proud wife after playing in 35C heat.