Meghan Markle, 39, has spoken out on feminism before, but the royal has now stepped it up a gear and turned her attention to politics. The Duchess of Sussex has appeared in a new video alongside the legendary American feminist and activist Gloria Steinem to discuss the importance of women’s votes ahead of the upcoming election. Meghan looked casual for the interview – but her outfit may have been chosen for a very special reason.

The video comes just days after the 100th anniversary of the 19th amendment, which granted women the right to vote in 1920.

The clip was shared on Instagram by Makers, a women’s empowerment charity, ahead of a full interview which is set to be released today.

Meghan and Gloria were shown sitting in a lush garden as they talked in the black and white video – which also appeared to be the feminists’ wardrobe colour scheme.

Meghan was dressed all in white with contrasting black shoes, while Gloria wore top-to-toe black. 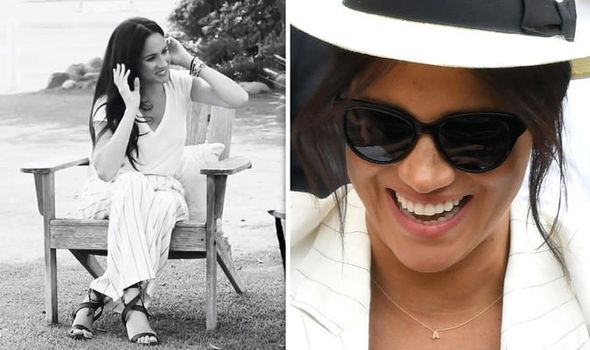 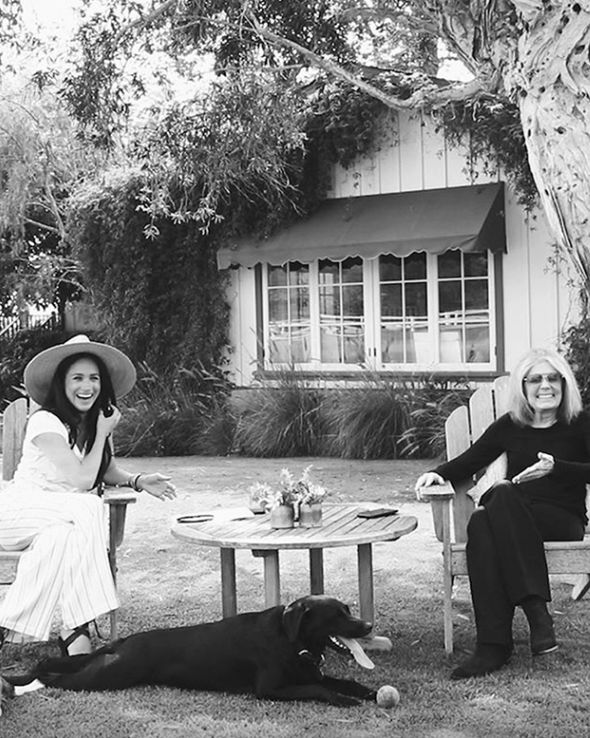 Meghan looked relaxed in a casual white t-shirt – something that has become a staple of her lockdown wardrobe as she joins in video calls and virtual events.

The former actress paired the plain top with “Ryan” Trousers from LA-based brand Anine Bing, which retail for around £189 ($249).

The pinstripe trousers feature a cream colour with black stripes and a single black button at the wais – and they’re still in stock online.

White is known for being the colour of the suffragette movement, and has long been worn to show a sign of sisterhood and solidarity.

The colour was chosen by the Women’s Social and Political Union – the leading force behind the suffragette movement – for rallies in the lead up to the 19th amendment.

The outfit was perfectly picked for Meghan’s passionate discussion with Steinem on why women must vote in the upcoming election.

“If you don’t vote, you don’t exist”, Steinem said in the video, adding: “What worries me the most are young people, who I understand are the least likely to vote and I can understand the feeling that they don’t think they have an impact. 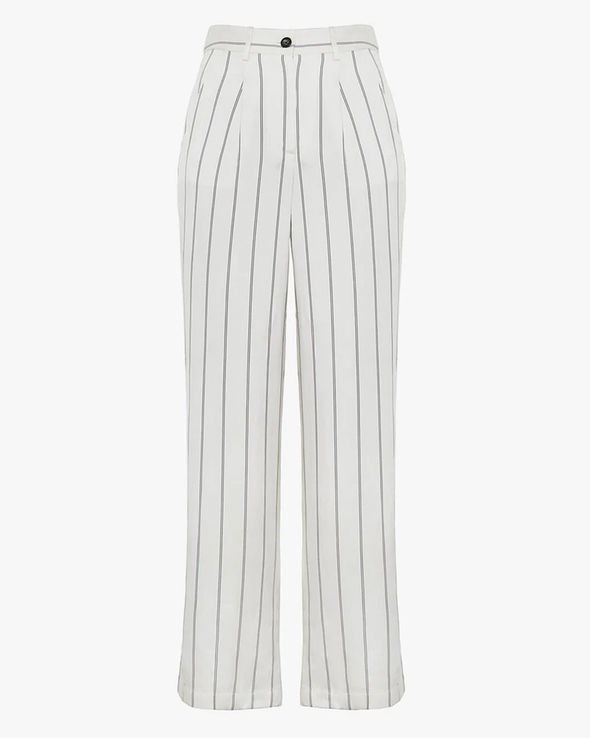 They feature a flattering multi-lace tie that criss-crosses around the ankle, and are made from cruelty-free faux leather.

The understated Duchess also topped off her look with a hat from one of her favourite brands. 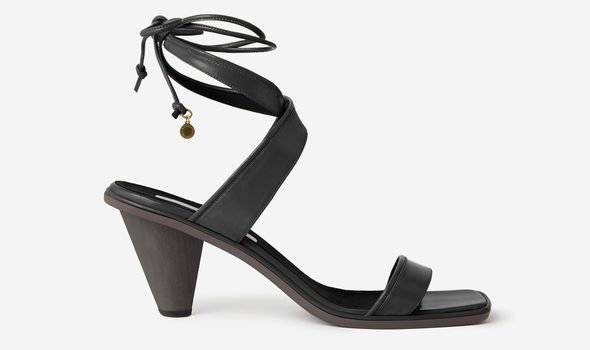 Meghan was wearing the Janessa Leone Serena Hat in the video, which features a straw design and black tie around the base.

It’s an accessory Meghan has been spotted in many times before, often wearing the Sammy design from the same brand.

The hats retail for around £298, and the LA-based brand is a firm favourite among celebrities.

The Duchess also wore her long hair loose in the video, weeks after shocking fans with her lengthy mane in a video for GirlUp.

Meghan’s former hairdresser George Northwood spoke out about the look and commented that Meghan was shunning the restrictive protocols now that she was free from the royal family’s strict rules.

This article contains affiliate links, which means we may receive a commission on any sales of products or services we write about. This article was written completely independently, see more details here.