Home » Fashion » Melania Trump: One of the ‘most expensive celebrity engagement rings’ is worn by FLOTUS 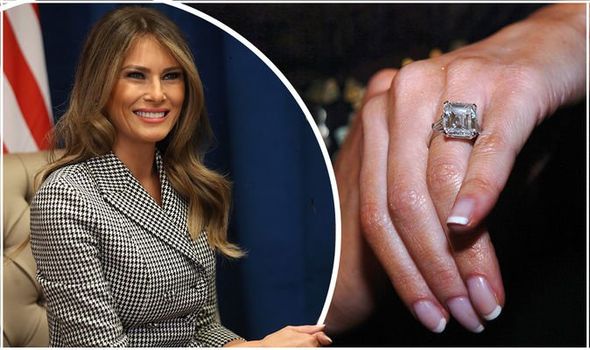 Melania Trump is a former model who has been the US first lady since Donald Trump became President in 2017. When the couple wed, Melania was given a stunning diamond engagement ring that cost an eye-watering sum of money. Was it more expensive or less than some of the world’s most recognisable faces?

Melania met the former businessman at a party in September 1998 and they soon began dating.

Donald had been married twice before and was in the process of getting divorced when the couple met.

They dated for six years before Donald popped the question and they married in January 2005.

The First Lady was given a pricey diamond ring when Donald proposed, Tobias Kormind, managing director at 77Diamonds.com, explained. 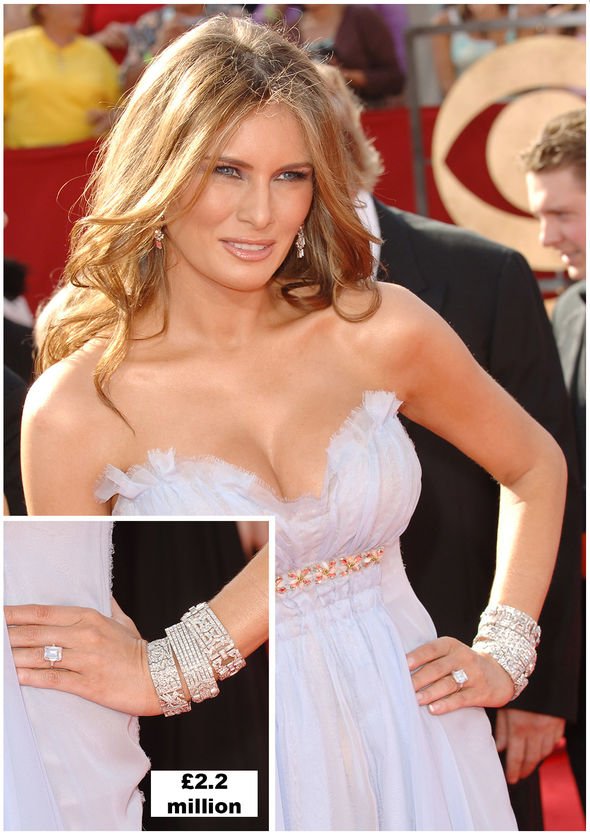 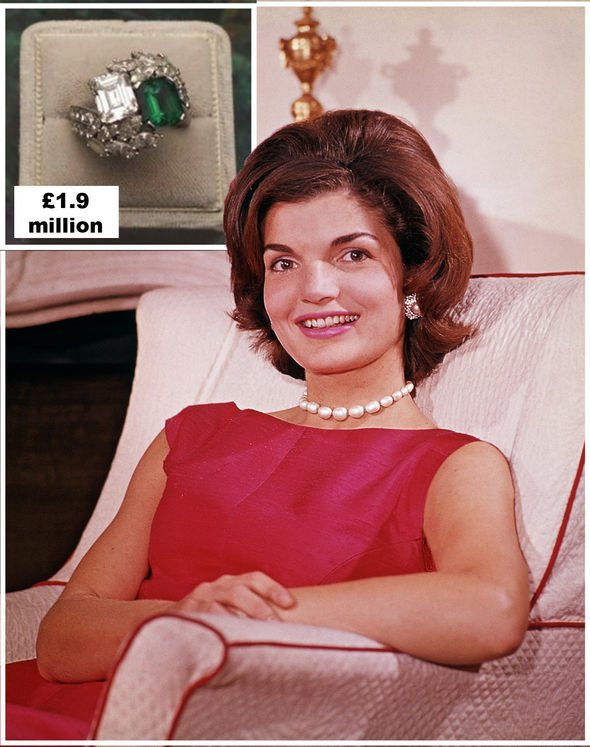 He told Express.co.uk: “When Melania Trump got engaged in 2005, Donald Trump bought her a 15 carat, D Flawless, emerald cut diamond ring from Graff which would today retail for $3 million which is around £2.2 million.

“At the time, Trump hit the headlines for claiming he had enjoyed a 50 percent discount. Graff was later quoted saying ‘We don’t sell items for publicity value’.”

But even though Melania’s ginormous diamond engagement ring costs an eye-watering amount, according to OnBuy.com, it’s not the most expensive celebrity engagement ring to date.

OnBuy.com questioned what the most expensive celebrity engagement rings of all time are and found 10 celebrity and recognisable faces that possess some of the world’s most expensive finger bling.

OnBuy.com found that Melania Trump is in ninth place with a ring that costs £2.2million, but who ended up on top?

The 10th most expensive ring was that given to Jackie Kennedy Onassis (widow of US President JFK) by her second husband. The second successive first lady on our list received a ring worth £1.9 million from Aristotle Onassis, a Greek shipping industry mogul.

America’s First Lady, Melania Trump, makes it to ninth on the list. The diamond ring given to her in 2005 by now-President Donald Trump is worth an estimated £2.2 million!

Jennifer Lopez has been engaged FIVE times, but the ring she received from Marc Anthony was the most expensive of them all, worth an estimated £3.4 million. This lands the ring in eighth spot. 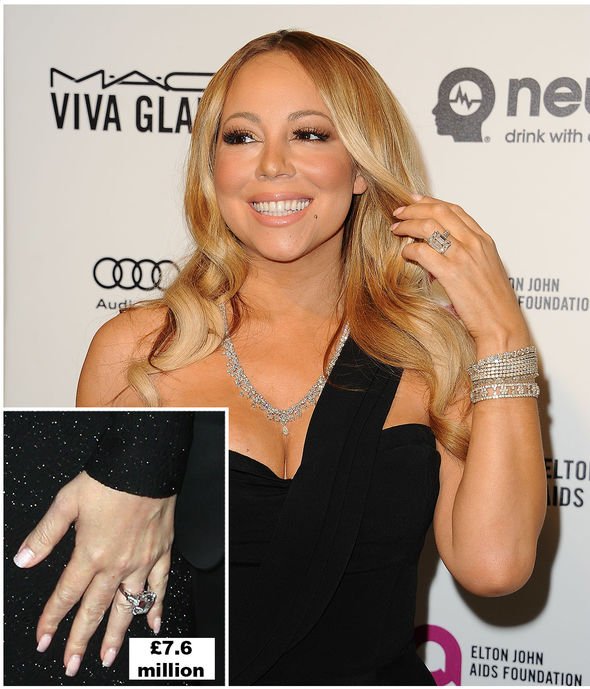 Grace Kelly’s engagement ring from Prince Rainier of Monaco is the oldest ring on OnBuy.com’s list, but the seventh most expensive ring, with an estimated worth of £3.51 million.

Paris Hilton may not have gone through with her engagement, but she did get to keep the £3.59 million ring she was given by ex-fiancé Chris Zylka, which puts her ring in sixth place.

Pop queen Beyoncé made it to fifth in OnBuy.com’s list with her 18-carat emerald cut diamond ring from Jay-Z, which was worth an estimated £3.8 million.

Tennis star Anna Kournikova ranked in fourth with her engagement ring from Enrique Iglesias, which was worth an estimated £4.1 million. 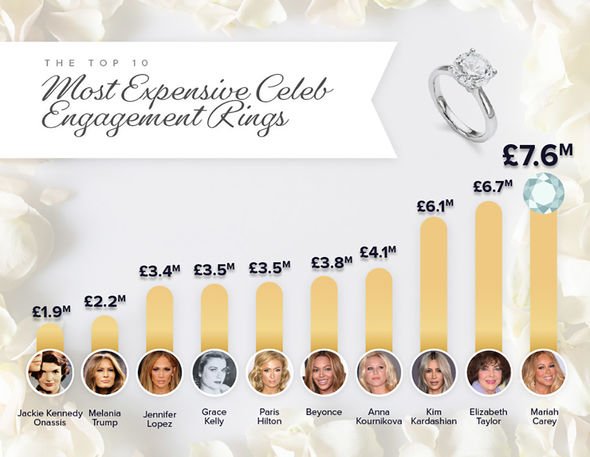 Kim Kardashian’s engagement ring from Kanye West took the third spot, costing an estimated £6.1 million! The ring was a result of Kanye’s deal with Adidas, which was stolen during the infamous Paris robbery which made headlines back in October 2016.

The most expensive celebrity engagement ring belongs to Mariah Carey, at a staggering £7.6 million! Despite the price, it didn’t lead to a long-term marriage with the proposal being broken off within a year.

Her huge diamond ring is estimated to cost more than £7.6million.